That’s one of teh worst of Lego bootlegs 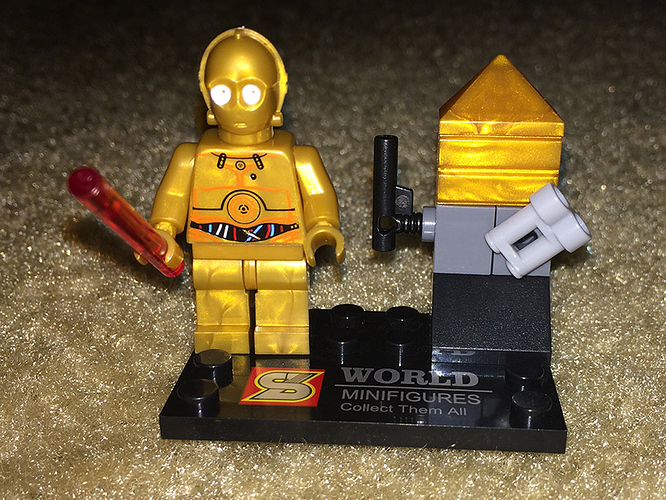 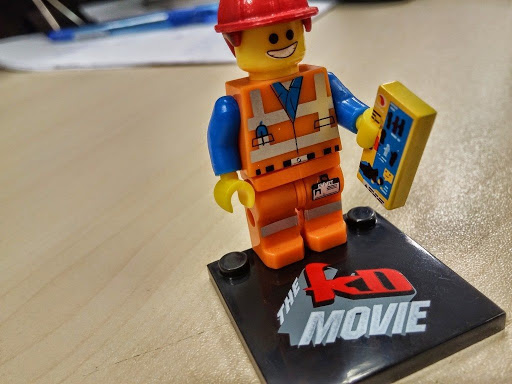 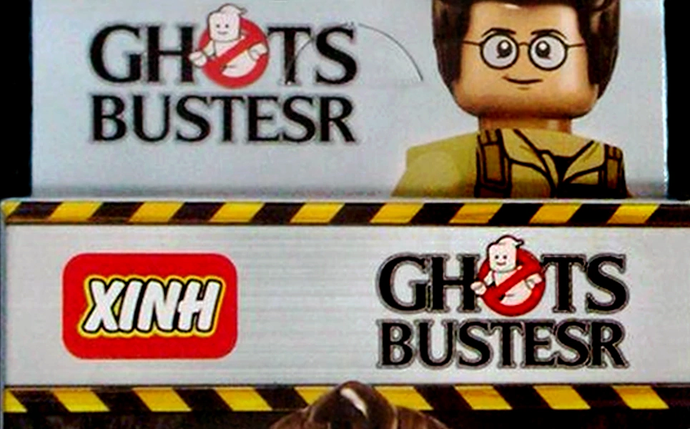 I find it funny how some bootlegs are just so bad while others are basicallg just as good or better. These two KO teams have a permanent spot on my shelves with their respective figures 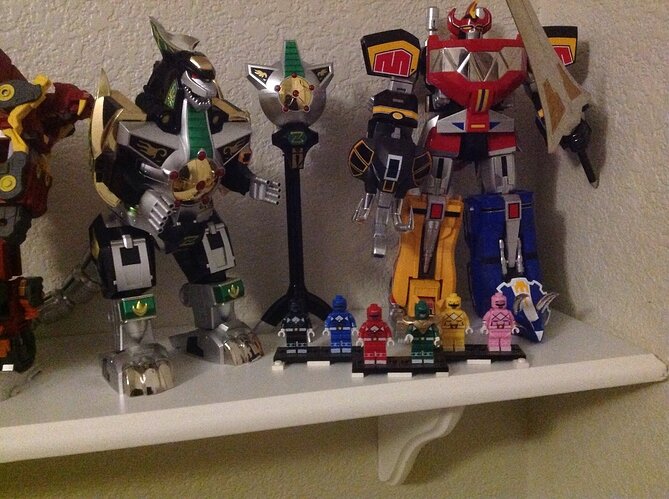 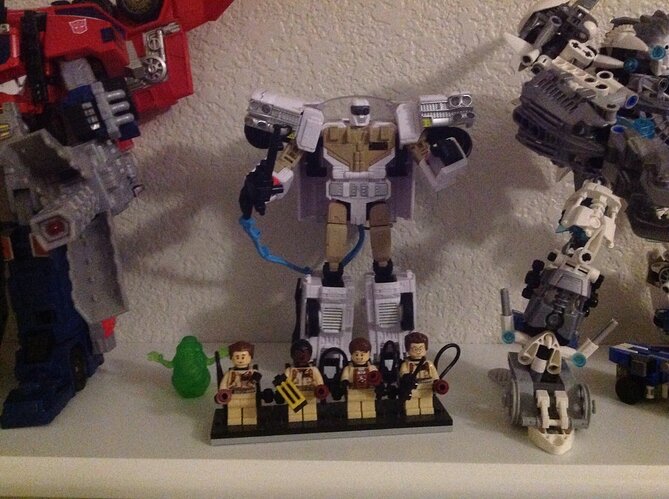 LOL they really think they can get away with this

“They ain’t afraid a no copyrights!”

actually, the title is “Ghots Bustesr” it doesn’t make it any less stupid sounding.

As if. Just like transformers just becuase the real thing is common doesn’t Mean there isn’t going to be a blackmarket KO empire. As long as clueless parents buy toys for kids it’s not going to change.

Hopefully it will at least throw a few out of business.

KOs are like a hydra; knock out one and one or more will replace it.

oh no I can’t stand this baby yoda, it’s too cute I must buy it 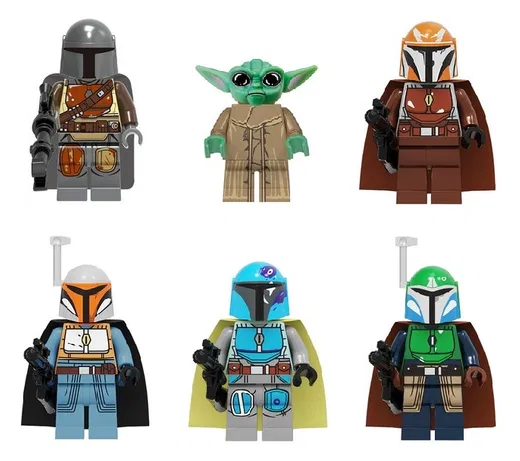 huh why does Mando look so much like Likus’ MOC?

I came across this online a few weeks ago and thought, this would be perfect for building a Lego Ghidorah. 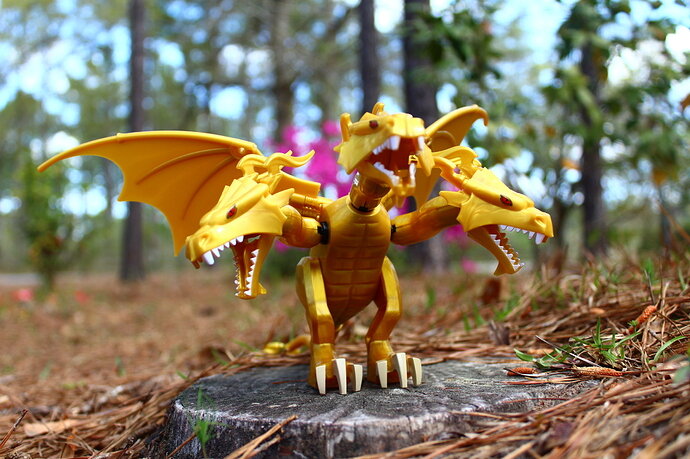 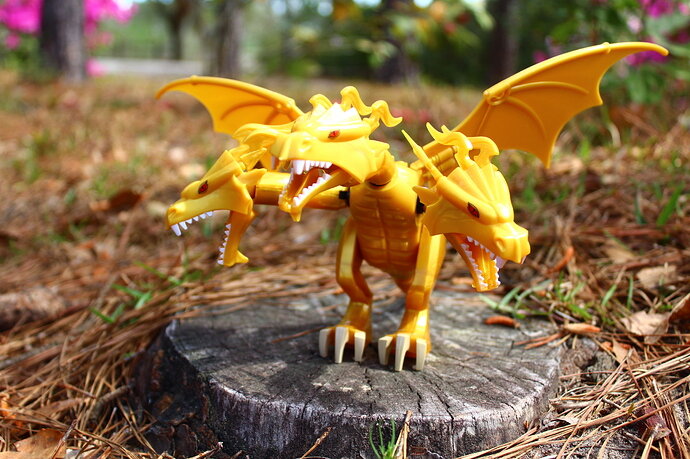 The gun actually looks really cool with the purple highlights, wonder if it’s all one piece.

We should rename this topic to “LEGO Bootlegs with Threatening Auras,” because that’s pretty much everything here.

(Just had a read through the topic and didn’t spot any of these, so if they’ve been posted before my bad. All from AliExpress) 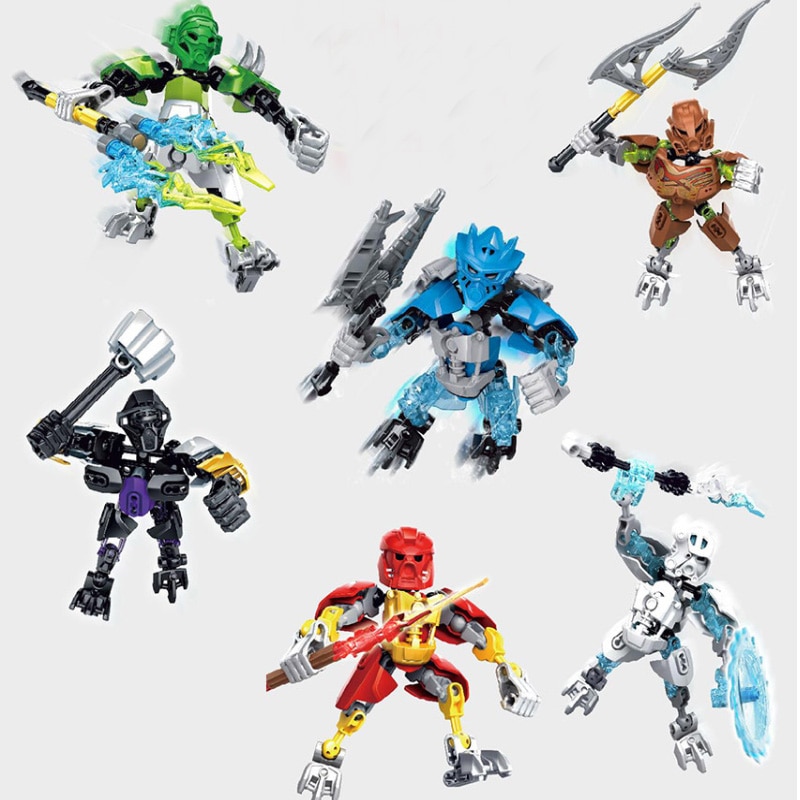 I almost skipped right past these next ones because they just look like generic Iron-Man action figure ripoffs. But a closer look confirmed that they actually are using Lego molds for the weapons (and the power-blast-splat pieces) and giving them to realistic figures! I am assuming the figure itself is a stolen Mega Brands mold or something, because typically Iron Man doesn’t have sleeves: 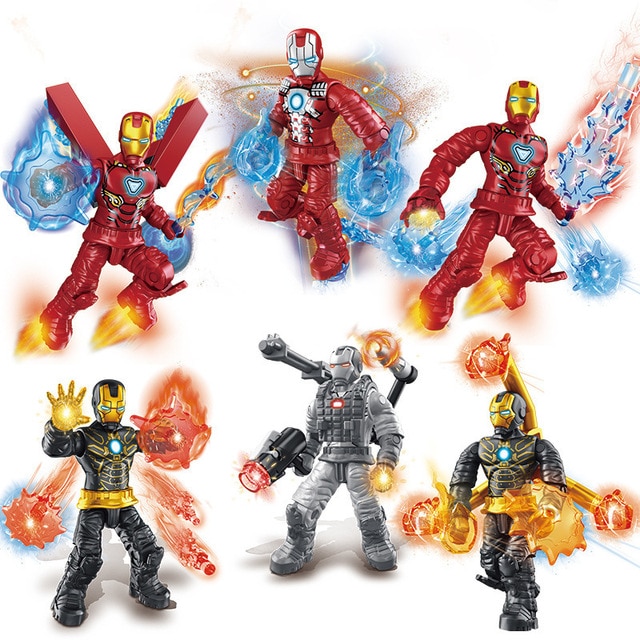 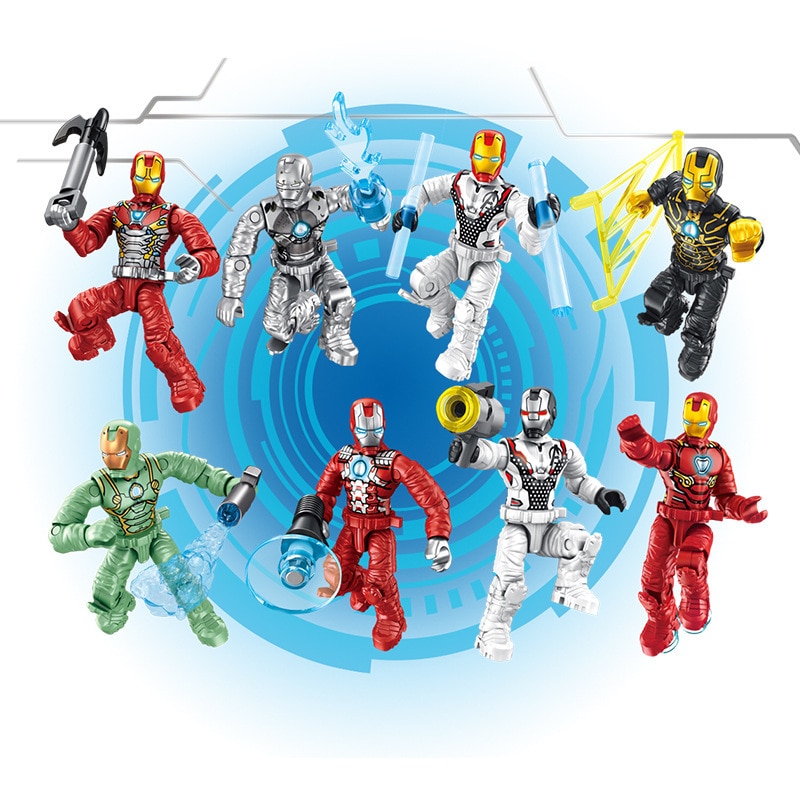 (Don’t even ask me how the Mk 50 “wings” are attaching")
They also each have individual brick-built suit displays: 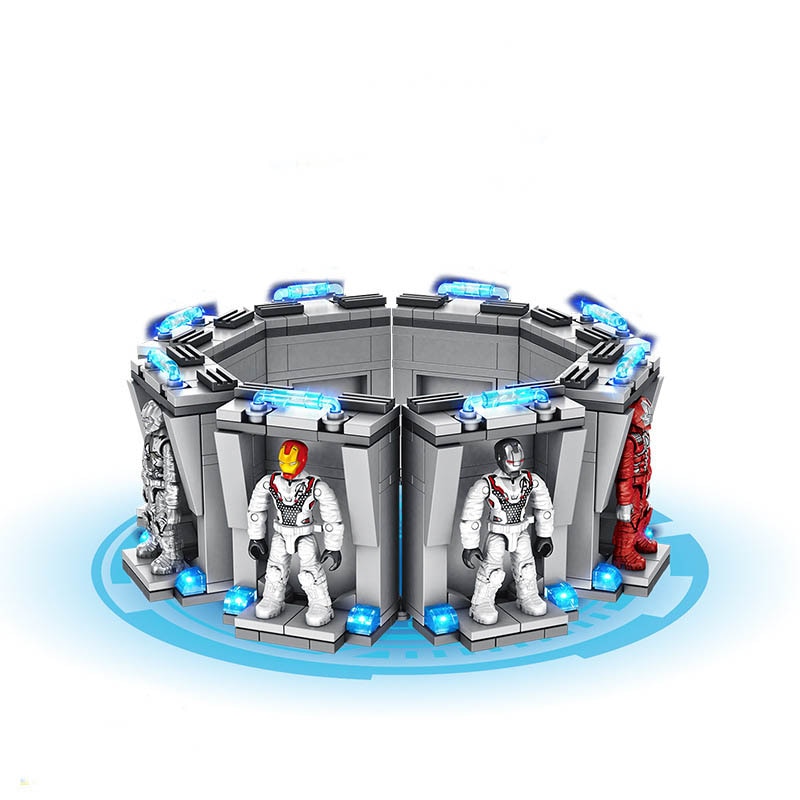 Things got stranger as I looked through the alternate, um, “colors” listed for this product; among what looked like blatant bootlegs of various sets things got progressively weirder: 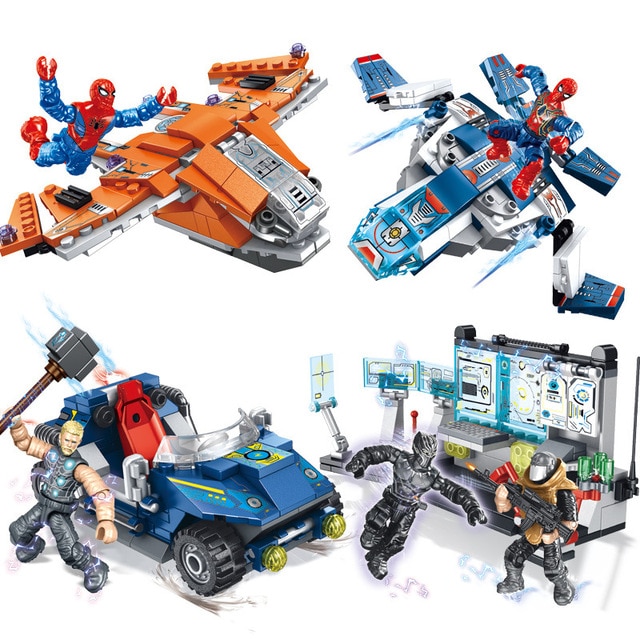 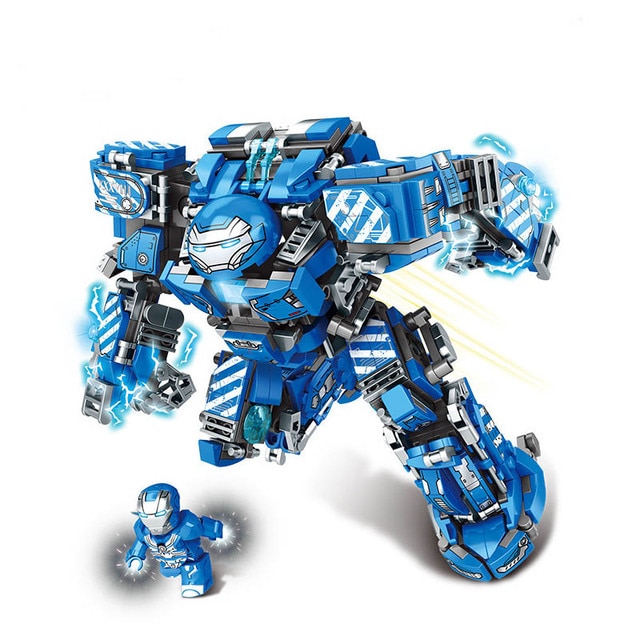 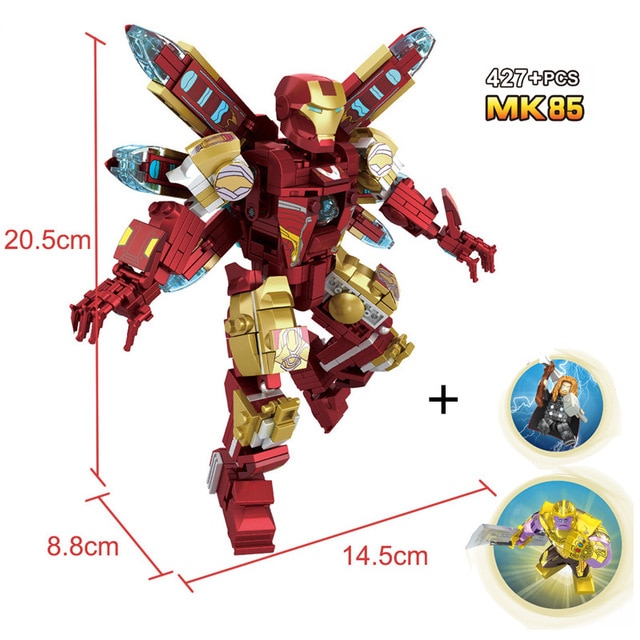 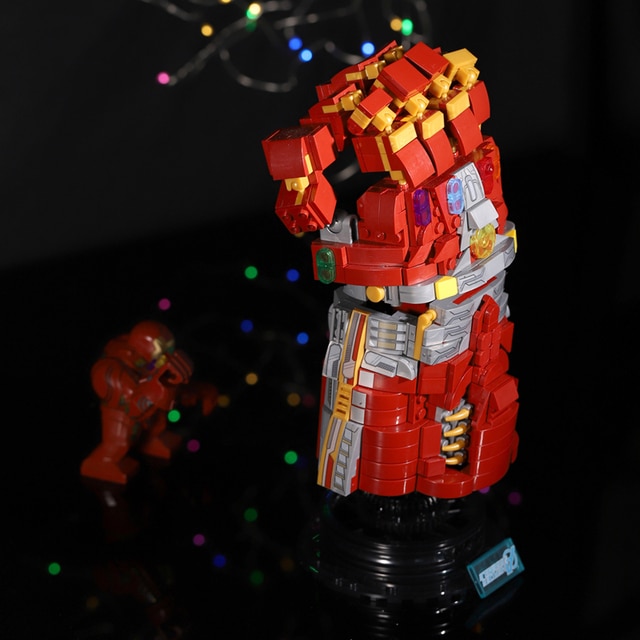 Yes, this was all listed as various colors on the same product page (among others). They seemed to vary realistically in price, but it still smells super fishy to me so I wouldn’t recommend buying any - but the item is just bizarre so I’m linking it anyway: 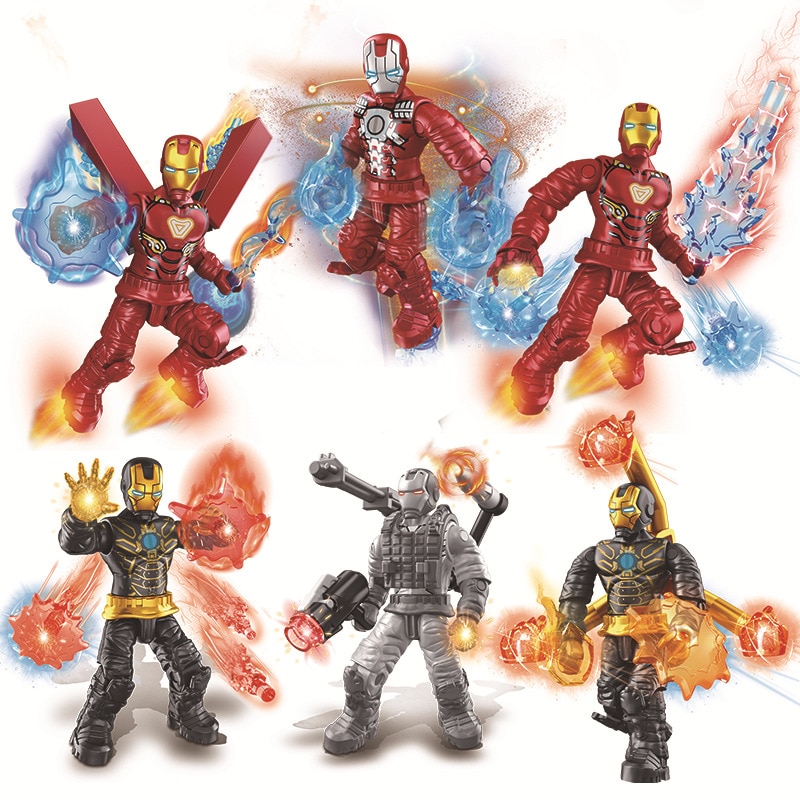 
Also found listings for both of Thor’s hammers, fully brick built, including one… uh, minifig, each: 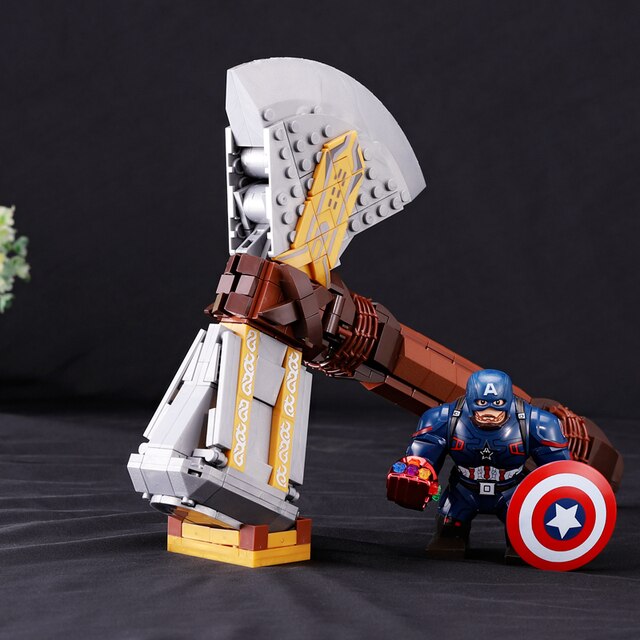 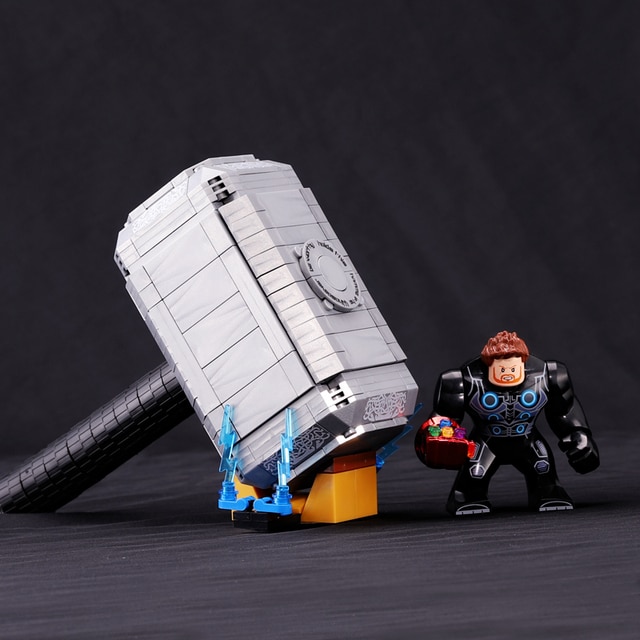 (it’s so odd to have such genuinely cool builds being “sold” [I’m still dubious] alongside those little monsters.)

And then there’s the Alternate Reality where Thanos could only get one Infinity Stone, so he pulled a Shadowed One and divided it into six: 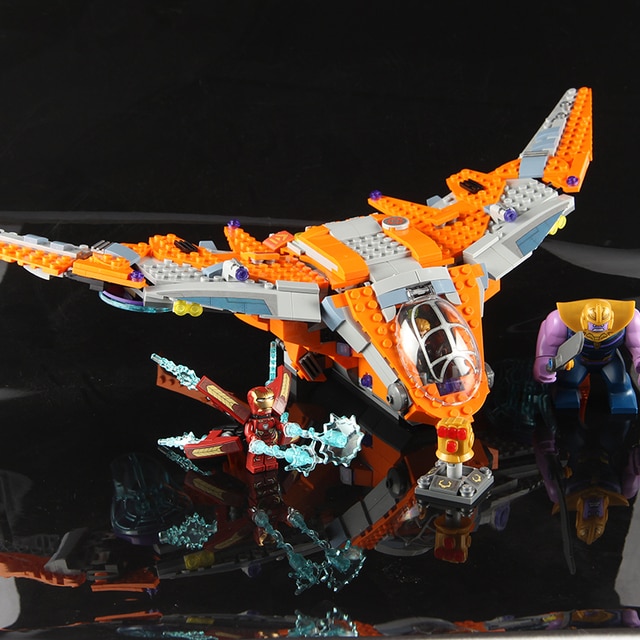 Moving away from Marvel, we have this, which is so heavily photoshopped I can’t quite tell where the set ends and art begins in some places: 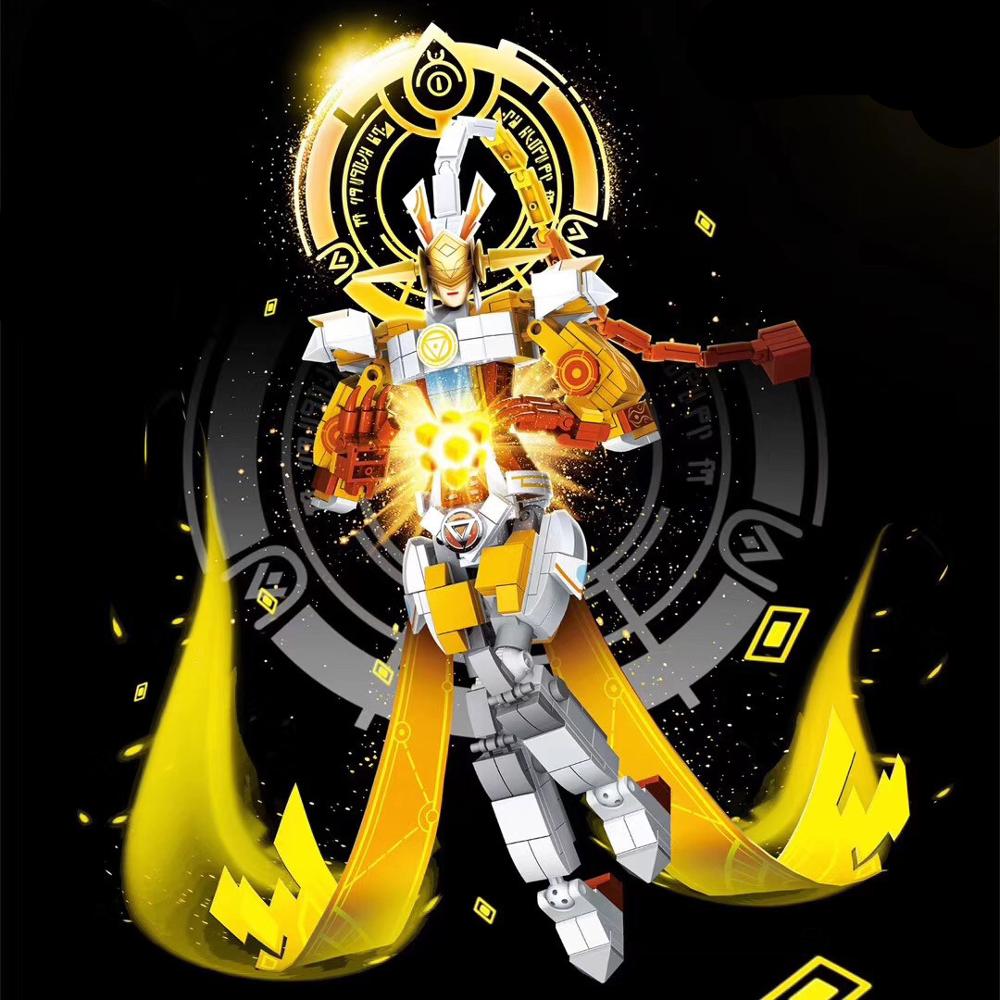 It’s from the same company who did these, which have all been posted before (except maybe the upper-left hand one): 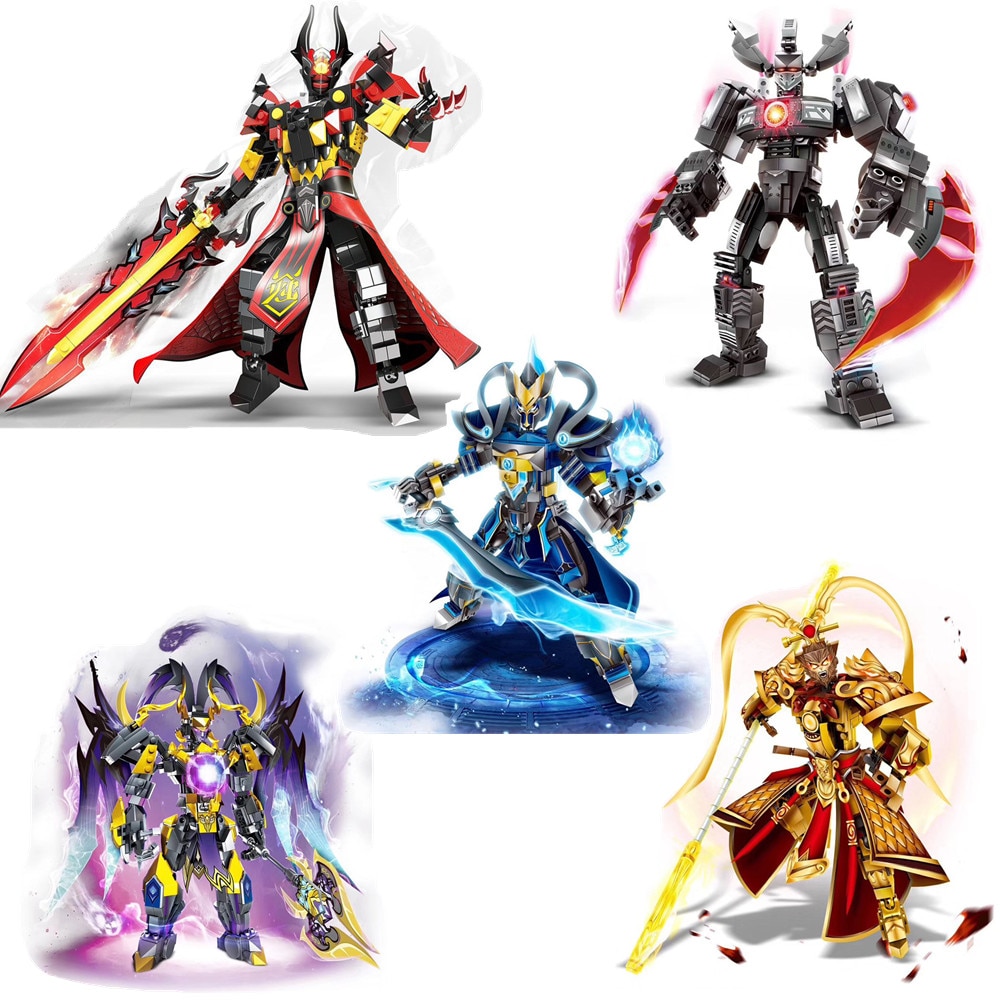 And lastly, I know these guys have all been shared before, but it’s usually photos of them in the wild - the online image seems to confirm that the almost ubiquitously mismatched head colours is actually intentional, and not a packaging fault. 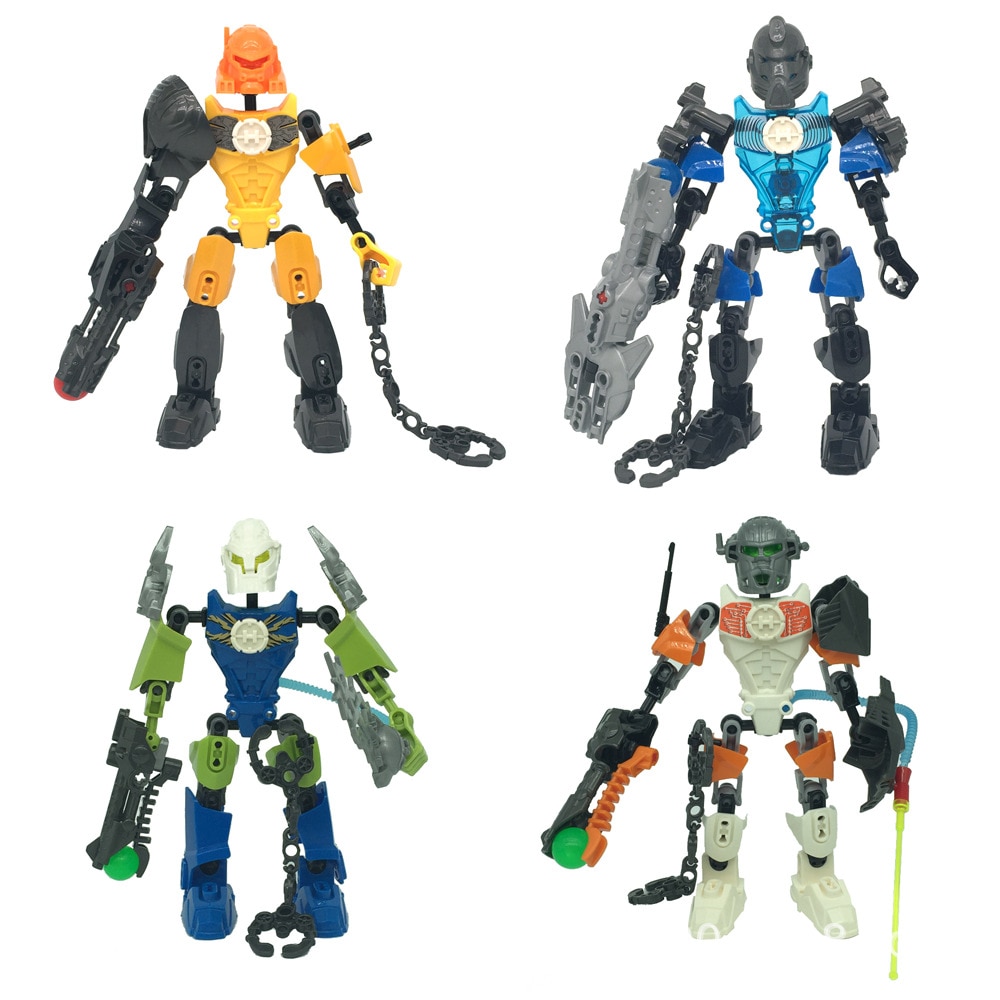 Please, don’t ask me why. 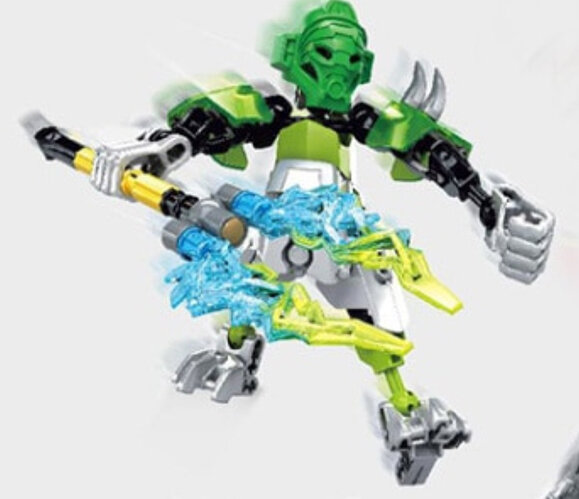 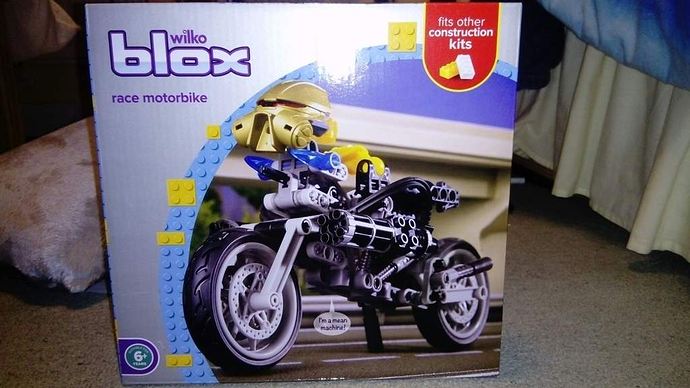