I don’t know if anyone has asked these questions yet, because I’m not going to bother reading hundreds of posts.

When was the decision made to cancel the line? How does this timeline work?

As I see it, there are three important parts to this timeline: the BS01 Podcast interviews with the JtO voice actors, the recorded phone call to LEGO Customer Service, and the budget cut news.

Now, when the BS01 Podcasts came out, all the actors had finished recording their lines. Considering the team making the show couldn’t have called them all back in to do a re-record of the ending due to time and money, they must have known then that the line was going to be cancelled.

But then the recorded phone call came out after those podcasts were done, in which a LEGO employee stated there were no plans to cancel Bionicle in 2016. But then the budget cut happens after, which must have been when the LEGO executives decided to end the line, but then what about JtO? As I said earlier, they couldn’t have possibly reworked the final episode, did all the animation and all the voice acting in a matter of a month or two.

So when could it have possibly been decided to be cancelled? If it was while making JtO, why did the LEGO employees lie that the line wasn’t being cancelled? Was it not to spoil the ending?

Personally, I wouldn’t have been so disappointed if I hadn’t been waiting all that time for JtO to see what would happen after if we had been told the line was already done before it came out.

why did the LEGO employees lie that the line wasn’t being cancelled? Was it not to spoil the ending?

Seems most likely. They did presumably sign a non-disclosure contract.

the recorded phone call came out after those podcasts were done

Where can I hear that?

I honestly think the plan to cancel Bionicle came in the winter of 2015. That would have been during the Netflix production…and it would somewhat explain why I couldn’t find any of the 2016 winter sets in a local LEGO store around the middle of February of this year and why employees had been telling me they had been pulled because Bionicle was being discontinued. All the other stuff just culminated into a crappy snowball of inevitability.

Also…not sure if this joke has been made yet…but…Mask of Ultimate Power = Forbidden Mask? Get it? forbidden mask? Get it??? It’s actually kinda funny

It kind of stings to know now that for the whole year of 2016 the line was already planned to end. Like, all while we were gawking over Umarak, and waist gears, and Creatures, a Netflix show, a trans-blue Ekimu, and everything, that it was all the last time that we would doing so.

But, at least for me, it brings solace to me to know that it probably was a hard decision to make, because despite how it may have been handled LEGO knows and always has known what Bionicle means for its fans, and it indeed means that for the company too.

It also is good to know that LEGO recognizes that they aren’t really where Bionicle resides anymore. The community has almost taken it from them and transformed it into this phenomenon, this force that’s changed so many people’s lives. They know that even if they don’t make sets and they don’t make stories, that the community will never stop doing so. And they know that in that way, this thing that they’ve created and enjoyed with us for 12 years will never die.

Alright, since I know a lot of you are itching to make a Makuta MOC, I did my best to compile parts from journey to one that show off his build. If someone could link me to the contest video in >360p quality (or better quality pictures of the ones I’ve already posted), I’d be super appreciative, and I’ll add more to this post!
#HUGE SHOUTOUT TO @ONEIROI_MOCS FROM IG FOR SENDING ME THESE
#####except the last one 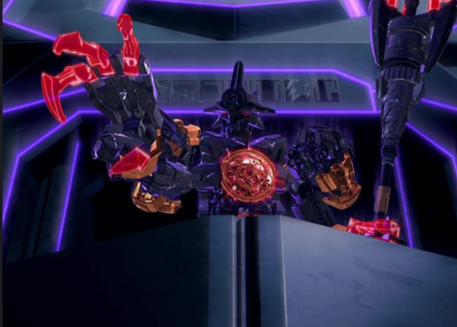 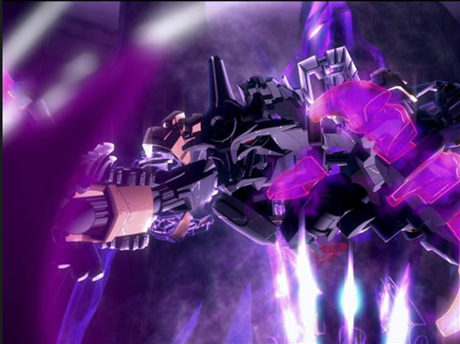 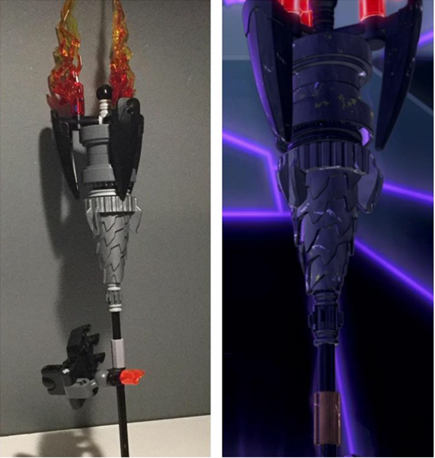 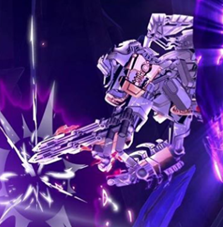 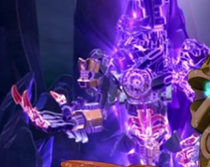 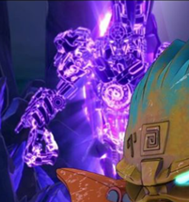 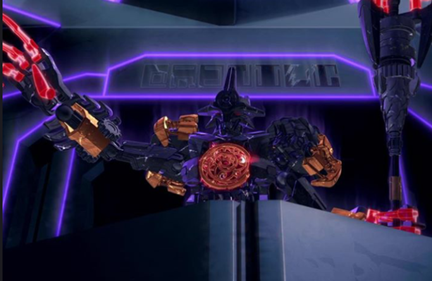 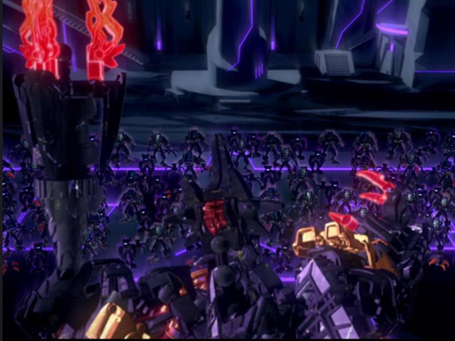 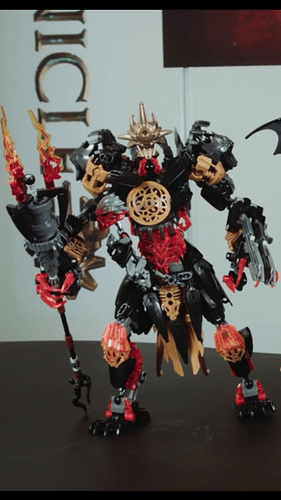 So, it’s no secret that a lot of us want an Ultimate Makua set. Of course we do, it looks pretty darn good. While it’s not going to be official, I’m hoping we can form a sort of group effort with building this guy by posting screenshots of the set from either the contest video, JtO, or… whatever shady sources you guys have. This will be updated as better pictures come in, so please, if you have some spare time, help us out a little bit eh? #Official model instructions! Links to Instruction Albums (on Imgur) Torso: http://imgur.com/a/y9WrT55 Staff: http://imgur.com/a/4SGCk25 Arms: http://imgur.com/a/dJWe130 Legs: http://imgur.com/a/YP3TZ33 Putting them together: http://imgur.com/a/8rPRp31 #@Altair has finished his rendition of Makuta! Check it out here #The Mask of Ultimate Power @…

I kinda feel bad for him. He’s trying so hard to change his destiny but he just can’t, even if it was his own fault. He’s figuratively and literally trapped. He doesn’t even get the satisfaction of fighting the brother which he has obsessed to one-up all his life, even he does get defeated. But instead he’s doomed to lose a tug-o-war with the Toa while Ekimu stands behind them, smiling under his mask. His long, agonizing screams of desperation and fatigue doesn’t help

He’s trying so hard to change his destiny but he just can’t, even if it was his own fault.

And this right here is my main problem with JtO. The whole… destiny thing is just a giant spoiler. Once Gali found out her destiny, she literally stopped trying, saying ‘I just need to be there when it happens!’
It ruins any sort of panic or suspense, because not only do we know what’s going to happen, but so do the characters, making them almost stop trying. Plus… that’s a really bad message, “You can’t change your destiny”. Ekimu even said Makuta wasn’t always evil, but thanks to the fact he was destined to put on the MoUP, now he will always be evil. Oops.

Yeah, I now wish Vakama was here, he was always the destiny breaker.

I feel like Bionicle the Journey to One basically gave me the opposite message that every time travel movie has made.

It was also weird that Ekimu won’t tell the Toa their destiny because they “must discover it for themselves” or else it’s meaningless. Like, that makes sense… but how exactly does reading the same prophecy off of a wall that either Ekimu or Makuta carved it into qualify as “discovering it for themselves”?

I’m always up for defending villains…but in this case, I have to say…feeling bad for Makuta is not the point. The toa put their community first. Ekimu puts the community first. Makuta didn’t, he was doing it for competition, he wanted all the recognition and credit for making good masks. He lost sight of the fact that mask making was done for the good of the people of Okoto, so that they could live better, have masks (faces whatever) and all that…it’s difficult to argue this because mask making in our reality would really serve little beneficial purpose. But in their case, that is the metaphor. Makuta is selfish. Taking Kopaka’s line here, that’s bad. In Okoto, there are laws. Makuta broke those laws for self-gain, at the expense of the community’s safety. He even had a hand in trapping all the other okotans in the shadow realm with himself by forging the MUP. So…yeah, it sucks that he’s a bad guy…but metaphorically, I wouldn’t pity him atall. Like the mythological depictions of the devil, he wouldn’t pity you either. By breaking the laws of Okoto, Makuta was banished (kicked out of that) from Otan society. It makes metaphorical sense. I don’t necessarily agree with just kicking people out who do these things, but that’s a completely different story.

Is still sad, its always sad seeing how one can turn evil and so selfish. Imagine if it was your brother, how would you feel. I would most likely help him overcome those feeling, but we would never know.

It makes metaphorical sense. I don’t necessarily agree with just kicking people out who do these things, but that’s a completely different story.

[spoiler] I don’t see why you wouldn’t agree. Makuta was basically put in time out, without the MoUP for thousands of years. He had several chances throughout that time to change who he was and see the error of his ways, yet he still sought only to bind the world of light in his shadow. It’s clear that the mask didn’t do anything but enhance what was already inside of him. There are some people who just won’t change, who just can’t change. Let’s look at Lord Shen in Kung Fu Panda 2. He wasn’t always bad, but his ambition (just like Makuta) led him down a dark path. Time and time again he had a chance to change, a chance at a new beginning! He never took it though, even at the very end when Po makes an amazing effort to convince Shen that it’s not too late. What does he do? He tries to take the panda down one last time before inadvertently causing his own demise.

Makuta’s also very lucky. He willingly killed and hurt so many people…I’m not sure that he didn’t deserve execution for not only all the lives he took, but for the potential ones he could take in the future. He’s a bag if explosives just waiting to be lit by an outside spark. [/spoiler]

True, I mean, the whole reason for the Toa’s being on Okoto is because Ekimu talks in his sleep

G2 may not have been as dark as some people would have liked it to be, but it has one of the darkest things in Bionicle history.

When Makuta put on the Mask of Ultimate Power, he caused the very land the capitol city (which I would assume would be the most populated city) to crumble and break. When Ekimu knocked the mask off, it caused a whole island to reform from natural disaster, which more then likley killed a lot of Okotans. But the darkest thing of all, is that the capitol city was wiped off the map with all of its inhabitants. Up until the very end, it was assumed that the capitol city was destroyed and its people killed. Not only that, but considering how large that crater is according to the map, it probably killed some outsiders as well.

Now when its revealed that at least some Okotans appeared to survive in the shadow realm, we can either assume that they lived on or were replicated, but either way a thousand years later and everything and everyone that may have survived in that city have been bound by shadow to be Makuta’s minions, devoid of light and free will.

10.Lava Beast - Only Beast I own, and while I do Enjoy it’s unique features, it’s not my favorite…

Well, it looks like we may not need to beg LEGO for the Mask of Ultimate Power after all.

Credit goes to the person I am linking this ‘recreation’ to.

That is cool! I really should order one.

I’d be fine with anything after Bionicle, even HF G2, except Nexo Knights Constraction.