Just making this preemptively because I feel like a lot of people will want to talk about this one. XD

I loved it. 'Twas simply a grand episode on all fronts.

Yeah, I agree though, was a really good one. I’ve seen similar speeches from TF Fans, since it’s been “Bay’d” I guess, and has been around so long, so nothing new for me, but still really good.

I DON’T UNDERSTAND THE ENDING! THERE WAS A FACE AND I DON’T UNDERSTAND! I THOUGHT IT WAS GONNA BE MAKUTA AND IT WASN’T AND I’M REALLY FREAKED OUT FOR SOME REASON. But all in all a great episode, Really made me think

Thought you said this: 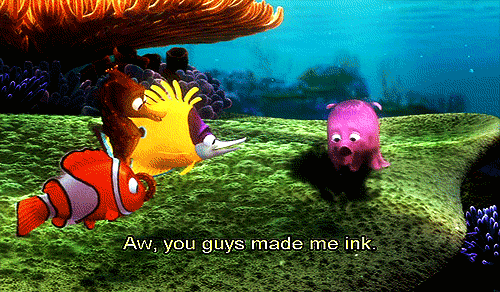 I don’t know what just happened.

It was a very good episode, but I still don’t get that ending.

I also have no clue if this video was aimed at me, since I never read any of the Bionicle books or comics, I never knew of them. Although 9.00 minutes in almost killed me.

Was a very interesting episode though.

I think it means that if the return of Bionicle isn’t what you pictured, you shouldn’t be mad or sad. You should be, WE should be happy that it is back in general, and not be to selfish and/or greedy. And I think that face at the end was the viewers selfishness. Selfishness is very powerful, and can corrupt everything around us, even if the original intentions were good. I know someone who is younger than me(around 7 or 9 years old) who loved Hero Factory and they weren’t happy that it was getting replaced by a “Worn-out Toy”(their words, not mine). I wanted to correct them and make them feel better, but I didn’t. This kid is really close to me, their like my little brother/sister, and I hate it when their sad. But I didn’t say anything that would make them feel better, which is really not like me when I thought about it. Maybe the reason I didn’t help them is because I wanted them to feel the same thing I did when Bionicle got cancelled, alone. After Bionicle got cancelled, and even when it was running, I didn’t have anyone to talk too about it. So all that positive and negative emotion just got bottle up. And I think that’s why I love Bionicle so much now, because my emotions toward it just kept growing and growing, never having a chance to release the pressure and express myself. I wanted my friend to feel what I felt because I couldn’t let go of the past. And me having a dislike towards Hero Factory did not help with any of this. The point is that you shouldn’t harbor your negative(or positive) emotions and be upset just because something doesn’t go your way. And if it does go your way, don’t get cocky and think everything will work out the way you want it, because that will only bring more hurt and disappointment. Whatever the future brings, accept it with open arms, not with ill will, suspicion, or high hope. Just accept it for what it is, the future. We can’t always be in “a time before time”. Time is just apart of ageing, and ageing is apart of life. And we all know that life can feel unfair. Just because something changes, doesn’t mean that it is bad or good, it is different. It isn’t trying to be better than what you are use to, or replace it, and it shouldn’t be those things. And that many thought about Hero Factory, “Bionicle’s replacement” or it “the failed attempt of a new Bionicle”. Now Hero Factory was bad, but what if it was good, and we just saw it as a bad because it isn’t what we wanted. It was actually the opposite of what we wanted, “change”. If the new Bionicle does come, it will be different, it won’t be and will never be the old Bionicle. The kids who loved Hero Factory call “HF replacement”. The original Bionicle fans may call it the same things that they called HF, or maybe something more positive. But whoever picks up the new toy, whether it be someone who like HF, Bionicle or someone new, they will say that it is different.

I understood the episode. I was just freaked out by the creepiness of it with the lack of the usual music and the flickering of the images and the face at the end

I explained that in the huge paragraph, It symbolizes selfishness, nostalgia, and corrupting/fearful emotions.

Honestly I thought some random face would pop up at the very end.

Anyhow it was a cool video.

Really well done episode. I love the facts stated in this video, and how things are worded. The way it was done really Was descriptive and informal, while entertaining and rejuvenating all at the same time. Also, it’s good to see a viewpoint from another person’s mind and thought process. Also, that ending was really chilling. I love it!
Overall, absolutely wonderful BIONICLE Autopsy episode, I cannot wait to see more.

W-WHOSE FACE IS AT THE END? /scared

Obviously it’s Eljay behind the mask.

THAT END IS TOOOOOOO SPOOOOKY LIKE WHY VAR WHY!!! you can speak well. BUT WHYYYYYYYYYYYY!!!

Rely though the episode was great and well thought out. you are a good speaker and

P.S. the hard to see face at the end was a nice touch to the horrific ending well done

P.P.S. i like how the screen was always sorta faulty to sorta foreshadow the ending

Was the thumbnails background image used intentionally to represent the reaction of anyone reading the title?

I had a feeling that he was going to apply a filter to his voice to gradually make it sound deeper, like the video was getting corrupted. I’m relieved he didn’t do that, but that doesn’t change the fact that the end of the video was quite chilling. I can only hope he doesn’t do the same thing to the History of Bionicle video.

He is the end of all that has come to be. The harbinger of doom and destruction. Many centuries will pass until his reign ends. Seven years, to be precise. His name? You want to know his name? He is Eljay. Creator of Applego, and ender of times.

Seriously though, that ending made me want to hide in a corner.

Yeah was that specifically for this segment or is it randomly going to be added in in future episodes?

I feel that the object at the end of the video that resembled a face (if it Acually wasn’t a face layered into tha film scroll) is a representation of people’s dark sides. Anger, selfishness, and greed appear to be what it is shadowing the most.

But overall I appreciate the change in pace and style found in this video. It broke free of the mostly cheery endings of the ones before, and truly mad the viewer think. And maybe cry alittle. ( just alittle )

I thought that the ending was clearer – in order to emphasize the final line, “people don’t like change”, he distorted the image and the familiar MOL music to make the viewer feel uncomfortable.