I made rhotuka arm because just wanted it to be a respect for 2005 toy. so if it’s after the rules are set, I’m willing to change it. because I also prioritize respect for canon.

And that’s exactly why I’m not looking for a mandate against the rhotuka construction.

Personally for what its worth I like alot about your moc and I really do think you did an amazing job on it. As I’ve also said before your moc will likely get a vote from me either way.

I’m also sorry for dragging the conversation out again though my intial post to Eljay was just a take on what he laid out. If I misinterpret him I’m sorry too.

did you read my position and eljay’s answer correctly? How much more do we have to say that the use of Rhotuka parts is acceptable, but it will not be canonized as a backdoor?

I did read it but Eljay also said that asking Greg to canonize it as a rhotuka after the fact should be allowed. At that point its technically just as much backdoor canonizing as implying it to be that. However I digress. DO NOT TAKE THIS DISCUSSION FURTHER FOR EVERYONES SANITY please thank you.

Please turn off your computer and enjoy your day outdoors and in nature. People getting the last word in wasn’t what I had in mind when I wrote that post.

Jokes on you, its raining and cold here. I’m not gonna stand in cold rain.

I had a very fulfilling dnd session with some classmates yesterday and friday night I was working. I think I have a good internet, life balance.

however this is kinda off topic so with that said. Do we have everything discussed about tuyet compiled somewhere for ease of acess. I can’t imagine there is more discussion about her to be had unless anyone wants to discuss the intricasies of what makes a toa build or a water toa build

Ok so to get back to the current contest, I have a question about Tuyets armor.

“Matoro looked where he was pointing. Half buried in rubble was a Kanohi Mask of Power, one whose shape seemed vaguely familiar. Scattered nearby was blue Toa armor. “What is this?” said Matoro.”

Here’s the part I find interesting. Matoro has only ever seen the Toa Mata/Nuva and the current Inkia/Mahri.
Now personally I theorize that the Inika/Mahri Toa would be more inclined to think of the Nuva as the first Toa to come to mind, since they were their image of a Toa for the longest time. So personally I read this as him recognizing Nuva-like armor.
What do you guys think she has?

Alright folks, in an effort to increase the contests’ positivity ratings, as well as my ego also to help out the admins but who actually cares about that amirite , this topic is being set up (notice the passive voice there so that I can’t be implicated) in order to compile pertinent information regarding the upcoming canon contests. In this situation, that’s Tuyet. This post is the original premise: I have no clue whether or not this is going to be a single topic thing, the way the name implies, or it’ll be short enough that we can just keep it one topic for all the contests. But that doesn’t matter at the moment. What does matter if the contest at hand. So… Go do it. Post your findings here. Join the cause! Boost your ratings with the Mods! Things to check would be story serials, the…

Edit: I want to say this now, I won’t even touch the idea of limiting the armor type of Tuyet to Nuva, Inika and Mahri with a 10ft pole. This is more of a speculation question until a quote or more info is found. And even then I’m still not saying to limit stuff unless it’s almost 100% confirmation. 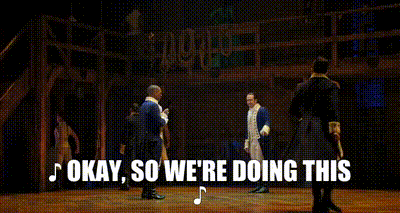 The quote only says that the Kanohi’s shape seems “vaguely familiar” to Matoro, and that scattered nearby was “blue Toa armor.” There are at least two ways this could be interpreted.

This may mean that the mask vaguely resembled one of the Kanohi seen by Matoro in the past – meaning the 12 Kanohi on Mata Nui (including their Great variations worn by the VNRT), the eight Kanohi worn by the Inika/Mahri, the Olisi, the Mask of Adaptation, the Kualsi, and the Noble Kiril.

It may also mean that, deep within Matoro’s suppressed memories of Metru Nui, he recognizes Toa Tuyet as she appeared when she was a member of the Toa Mangai – this is the option that I personally subscribe to, since the shape seems “vaguely familiar.” It hints to the idea that Matoro feels like he’s seen Tuyet’s mask before, but he can’t place where because those memories were locked away by his time in the pod. We see that memory erasure can involve resurfacing memories/deja vu in Karda Nui later, when the Toa Nuva slowly realize they have been there before.

In neither case do I think this involves Matoro recognizing the armor as belonging to a Toa variation he recognizes – the addendum of Toa armor being scattered nearby is completely in the third person and does not invoke Matoro’s point of view like the Kanohi’s description does. This means that the narration is calling to attention the presence of Toa armor for the audience’s sake and that whether or not Matoro recognizes it as such is irrelevant.

it’s just toa armor my guy, it’s not that deep

We also had this discussion in like, late December. Nothing more to be gained out of it because the mods were paying attention to that discussion.
The exact point of the pit was already brought up too

Alright then. I’ll go put these quotes I found in the lore page and leave it at that.

So personally I read this as him recognizing Nuva-like armor.

He recognized the mask, not the armour.

And he recognized the mask because of his extended knowledge of the history of Metru Nui:

Although, as @Keplers suggested, it’s possible that this familiarity was bolstered by some fragment of a memory of Tuyet from his time on Metru Nui:

This is all I’m gonna say on this, as I want to clarify why I personally think the armor is Nuva.

I have been working of the basis of those with what I said above and reasoning behind this is for Matoro to be able to recognize the armor goes as follows:
Matoro has seen other beings wear Kanohi (Karzahni, Axonn, Brutaka, Teridax) so just seeing a Mask of Power wouldn’t mean the armor was that of a Toa, so he would’ve had to have been at least familiar with the shape of her Toa armor to know what it was. Like we know the visual difference between different types of Dinosaur bones, but someone who didn’t would have a decently hard time identifying the specific type correctly. (See myths of dinosaur bones being thought as Dragons and incorrectly reconstructed skeletons)
Along with this, Matoro and the other Matoran haven’t heard stories of Tuyet, as she was basically left out of Metru Nui history.

*"1) How come Matoro didn’t know about Tuyet? I mean she was his guardian for a long time.
2) When Makuta mentioned her name shouldn’t he have remembered about her like Sarda did?
3) How did Makuta know about Tuyet?
4) You told Gravitan that Nuju told Matoro about the Mo Intangibility, how come he didn’t tell him about Tuyet?

*" 1) Did Matoro know Tuyet when he lived on Metru Nui? I ask this because Matoro said she seemed familiar. “Half buried in rubble was a Kanohi Mask of Power, one who’s shape of which look vaguely familiar.”-Into the darkness chapter 2

Finally, we know Matoran can never see a Toa, even on Metru Nui. So the odds of a Ko-Matoran seeing Tuyet during the time she was active in Metru Nui seems pretty unlikely.

The Evolution of Toa Armor

“Some Matoran, even on Metru Nui, had never met a Toa before. For example, the transport manager that Matau once met in Le-Metru had seen Toa a long time before but had never met one in person. Still, he had heard legends that Toa were meant to protect the Matoran and keep them safe, which encouraged him to trust Matau.”

Finally, we know Matoran can never see a Toa, even on Metru Nui. So the odds of a Ko-Matoran seeing Tuyet during the time she was active in Metru Nui seems pretty unlikely.

This is a logical leap. Just because Vira is a young Matoran does not mean Matoro must be as well.

why I personally think the armor is Nuva.

That’s all well and good, but Tuyet can’t be a Toa Nuva, so it can’t be Nuva armor. Sure, you could feel that it resembled the armor of the Toa Nuva, but that’s not something we could regulate for the contest. The armor could have resembled the Toa Inika as well, or, as many people have pointed out, it could be a suppressed memory he unlocked by seeing it. Matoro, of all Matoran, is very likely to have seen images of past Toa as well.

That’s all well and good, but Tuyet can’t be a Toa Nuva, so it can’t be Nuva armor. Sure, you could feel that it resembled the armor of the Toa Nuva, but that’s not something we could regulate for the contest. The armor could have resembled the Toa Inika as well, or, as many people have pointed out, it could be a suppressed memory he unlocked by seeing it. Matoro, of all Matoran, is very likely to have seen images of past Toa as well.

Yeah I meant Nuva-like. I’m not even trying to say it has to be Nuva, just that I’ve always seen it as that because of the context.
Anyways I’m done on this point, as I’ve made my position clear.

As for the Vira thing, I’ll have to figure out where the quote is from first before I continue anything with that.

I personally think it’s Nuva-Like but have no intention to try and mandate it.

Well isn’t in story that the Inika are supposed to be ‘Nuva-like’ due to their forms being inspired by the Nuva?

isn’t in story that the Inika are supposed to be ‘Nuva-like’ due to their forms being inspired by the Nuva?

While newly-transformed Toa would typically resemble the Toa that they are familiar with, this did not happen with the Inika because of their unique transformation:

Page 801 of Chat with Greg Farshtey.

Hm I had always assumed it was sort of like a half-deal where yes obviously everyone knows they had a unique transformation, but their mental ‘perspective of Toa’ still played a role

Also, a Toa Metru/Toa Mata teamup could have been cool)

This is all I’m gonna say on this, as I want to clarify why I personally think the armor is Nuva.

Matoro has seen other beings wear Kanohi (Karzahni, Axonn, Brutaka, Teridax) so just seeing a Mask of Power wouldn’t mean the armor was that of a Toa

Noone acknowledged that Hydraxon has a foot on his chest either… sometimes armor is just armor. They worked with their limited part selection.