So, because I was looking at some of the leaked photos, I began to think about what the story may be like. So I thought of this:

In a time before time, a great mask known as the Mask of Creation created six Masters of the Elements: Tahu, Gali, Lewa, Pohatu, Kopaka, and Onua. These masters where to control the elements, and protect the island of Okoto when needed. However, a darkness has spread over the land, sending destructive creatures known as the Skull Spiders, and their lords, to steal the masks, and capture the Mask of Creation. Six protectors of the masks swore their lives to keep the masks safe, but the help of the Masters of the Elements will be the only force to stop these creatures.

Anyways, what is your idea of what the story will be? Can you come up with something better? Discuss your ideas!

(A friendly reminder: We need evidence to support our claims when going onto this topic (hence analysis). This is a topic for analyzing the facts to make logical theories! We need stuff to back up our claims, not just throw out ideas!)

I’m for soft reboot so I’d say
On spherus magna some strange force has begun coming from the island of okoto, Arthaka has gone missing and the villages are being attacked by skull spiders. The Toa mata must defeat the skull spiders and find Arthaka before the skull spiders achieve their goals

I’d say this is a pretty solid prediction of what Bionicle’s story wil be year one, however the bit with the defenders could use a bit more thought.

I could not think of anything else. They really have not fit into the story that I could think of. I know they probably have some significance though.

I think the story will reincorporate aspects of the Metru Nui Saga (2004-2005 storyline). The Protectors will have a role similar to the Vahki, the Skull Spiders are the Visorak, and Okoto is Metru Nui

I also believe this year’s story will have a vibe similar to 2005 with Okoto in ruin and over run by spider like creatures.

On a mysterious Island called Okoto lies a mask presumed to have such immense power it grants the user with the element of creation. Six heroes must join together to discover and retrieve the mask before the evil Skull Spiders ruled by the Lord of Skull Spiders obtains the mask for themselves. Tahu, master of Fire. Gali, Master of Water. Lewa, Master of Jungle. Kopaka, Master of Ice. Onua, Master of Earth. And Pohatu, Master of Stone/ hopefully the Master of Cacti. Who will get to the mask first? Our six heroes, or the Evil Skull Spiders? You decide in the new Lego Bionicle 2015 sets. But is the mask the only powerful thing on this island?

Hah. That is wonderful.

In all seriousness, the Protectors are still something I wonder about. What is their significance, since we have the Toa, er, I mean, Masters to stop the bad guys?

Yeah at the moment they’re pretty mysterious. I’m so excited to see what happens with them…

Wait, wasn’t the phrase Toa used to describe the Toa Mata in the log-thing we got? I know it hasn’t been officially confirmed, but it seems pretty legit.

I think this would be a good base to go off of though.

I could get behind this story. I’m sure I could find SOME way to link it back to the original

In the time before time, on the mysterious Island of Otoko, dark forces have started spreading. Mysterious beings called Skull Spiders have overrun the once pristine island.

Otoko is the resting place of a mask crafted out of pure magic and gold. The mask houses untold power, branding it the Mask of Creation. In the right hands it could usher in a new age of paradise, but in the wrong hands it could lead to ruin.

The Mask of Creation’s resting place is guarded by six pedestals with holes in the shape of masks. Legend says that one must find the six golden masks in order to reveal the Mask of creation. Each golden mask represent the six key elements; Fire, Water, Earth, Jungle, Ice and Stone. Finally, The makers of the masks created a group of protectors to defend the golden masks, but the Skull Spiders are resilient. Able to latch on and posses the defenders, the Skull Spider’s dominance seems at hand.

Hope still remains, however. From the sky, Six canisters wash ashore on the golden beach. In them lay six beings who carry weapons and masks of mighty heroes. Tahu, brave Master of Fire. Gali, wise Master of Water. Kopaka, unmovable Master of Ice. Lewa, swift Master of Jungle. Onua, skilled Master of Earth. And Pohatu, formidable Master of Stone. These heroes have fought in battles before, but no memories remain other than feint traces. They have one shared goal, retrive the golden masks, Stop the Skull Spiders and keep the Mask of Creation safe.

Will the Toa retrieve the masks? Will the Spiders overrun all? Is a greater threat looming in the background? Why were the Toa sent? Who made the Mask of Creation?

Only time will tell.

This is a great theory. Better than mine, actually.

On the mystical island of Okoto- the protectors used to live in peace. Until the Skull Spiders arrived. At first, they seemed like pests that would crawl away with a simple swipe of the hand, but their destructive nature grew and they slowly became a threat to the island. All hope seems lost until six elemental heroes arrive with the power to defeat them, and discover the golden masks. As they go along they discover that a more powerful evil is rising beyond the Spiders…an unspeakable power that can turn the world to darkness. Their only hope is to discover the Mask of Creation- and it’s master- in an effort to save the island.

Like many other fans of bionicle, i am hoping for a soft reboot.

As much as the skull spiders sound cool, I am hoping that they bring back Makuta

The evil forces of the Lord of Skeletor spiders are overrunning the paradise island of Okoto. They seek a legendary mask created from pure magic and gold, said to give the wearer powers over the shaping of the world. The mask of creation. The Protectors guard the mask’s secrets, but they are being overrun. Six ancient heroes descend from the heavens, to save Okoto in its darkest hour. The Protectors are mistrustful at first, but soon reveal that in order to find the Mask of Creation, the Masters must seek out various golden masks to unlock the hiding place and save the island.

on the “king of skull spiders” idea, I was thinking of a “master of the skull spiders”: a humanoid being like the other masters, who wears the golden skull spider from LOSS as his mask and controls the spiders.
If this doesn’t happen, I might make a moc of him anyway 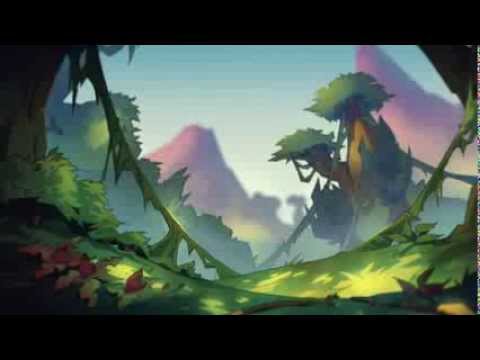 The Toa are Makuta incarnate pretending to try and save Ekimu.

The Skull Spiders are trying to defeat the Toa and save the island.

If the Toa find the mask of power, then the island is doomed…

Let’s not make this a joke topic, okay? This is serious, guys.

EDIT: From what we see so far, Makuta and Ekimu, are the Mask-Making brothers who made wonderful and incredible masks. However, the villagers liked Ekimu’s better, and Makuta became jelous. As such, he made the Mask of Ultimate Power, and made the land crumble and shatter, and took control of Makuta. Ekimu, realizing what has happened, knocks the mask off of Makuta, and both, in a shockwave, go into a deep slumber. As such, darkness spreads across the land of Okoto, and the masks are waiting to be recovered…