LEGO just issued a press release stating that Bionicle is indeed canceled. The 2016 sets are the last sets being released. They will not be released in Asia or the Pacific.

44 Likes
My thoughts on the sudden ending of bionicle
BIONICLE 2016 Discussion Topic
In Memory of Bionicle Generation 2
So why did Bionicle G2 end? Here are my thoughts:
Personal Thoughts About BIONICLE Ending (Again) - And a Thank You
What made BIONICLE Gen/2 Fail?
News about Makuta combo model instructions (?)
Shadower July 29, 2016, 3:28pm #2

Some of my friends on hangouts just sent me the conversation with lego. This sucks.

This topic is now a banner. It will appear at the top of every page until it is dismissed by the user.

I thought better of Lego…I’m disappointed.

I’m sad, but not distraught.
We still got some good stuff.

What do you guys think will replace Bionicle? 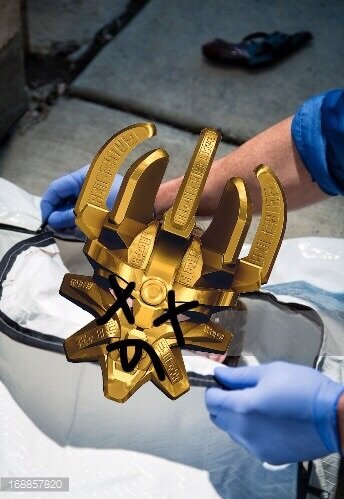 Farewell Bionicle G2, you were kinda fun while it lasted, pretty decent and had a good last hurrah for the legacy of your predecessor.

I rather this than Star Wars be the only Constraction. I’d really take anything as long as it’s a robot.[quote=“Deathworks235, post:9, topic:26884”]
Probably more hero factory.

I’d even take this! for as much hate as HF is given, it really isn’t that bad. they just ran the same characters over and over.

What was the downfall of Bionicle? Why didn’t it sell well? Discuss here.

Probably because BIONICLE wasn’t exactly built for this generation.

BIONICLE as far to my knowledge was one of the first products or toys to use online marketing, games, etc. It was brand new and was fascinating. It went on for a long time.

Fast forward to 2015 where, by now, strong online presence was a common tactic used by LEGO so the new BIONICLE wasn’t groundbreaking. Not to mention, constraction was a pretty niche area in LEGO building. In addition, there were already a lot of LEGO themes that kids stuck to already that sold way better and seemed more engaging than BIONICLE. Such examples include Marvel and DC, Ninjago, Nexo Knights, and Minecraft. They outsold and appeared more appealing than some action figures.

BIONICLE needed to come up with brand new formulas to become a decent successful theme. It did tread some water by going into Netflix, though I don’t think LEGO emphasized that very well. New games from BIONICLE weren’t shown as much as other LEGO games; for example, Nexo Knights, which had a game that encouraged buying sets. That’s what BIONICLE should have aimed for, in my opinion.

TL;DR - BIONICLE was well built back then when the internet was new, however what it helped pioneer has become mainstream and to a normal consumer, BIONICLE isn’t engaging enough to warrant buying the sets. Media presence of BIONICLE doesn’t encourage buying the sets. More popular and less niche lines like Ninjago or Marvel exist.

At least it ended while it was still good

At least it ended while it was still good

At least there was no g2 solek thank the mask maker.

There is a constraction droid coming…

While i’m thankful to Lego for G2, I also can’t help but despise them right now. First they show us the MoUP in set form and then they tell us they have no plans to release it at all! That’s a pretty huge kick in the teeth if you ask me.

Bionicle ended, that is sad, but it didn’t die because it ended with so much mystery and story that could actually be brought back again in the future. Again I believe that since it discontinued doesn’t mean that lego won’t bring it back again in the future, though it may not. The good thing is that they ended it properly as a legend than just some sci-fi robot battle trash. There are still many questions left unanswered for the story though.

Everyone around me is sad about this.

Me? I’m super hyped about it.

I’m actually happy to see the end of G2. It had a good run. May it RIP in RIP.

Well, it was a great trip while it lasted. I thought it’d go on for a little longer, but the important part is that we appreciated it while it lasted, and enjoyed what we got.

I personally am interested in seeing what takes the place.

I’m glad Lego at least tried to bring it back, even if it didn’t last very long. I’m thankful of them for that.