Bionicle mobile game, and my score that broke it 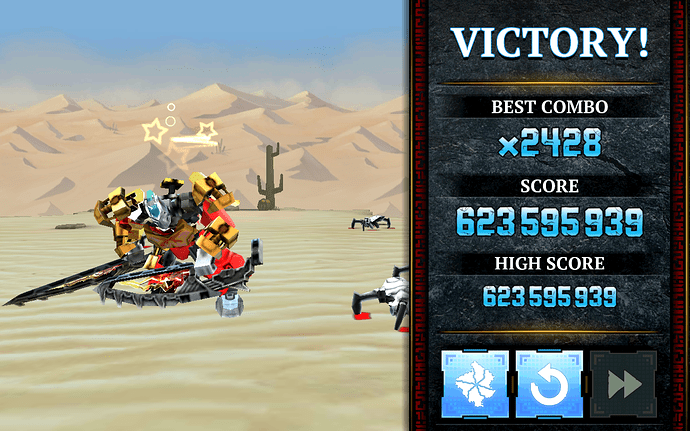 This game took place over the course of two days (yesterday and today). I was using the strategy of smash spiders>level 2 AoE>stun, which is the best strategy as far as I can tell. I was aiming to get over 800 on my combo, because that would beat the next best one I’ve seen. I got there, but that wasn’t it. I kept going. I kept going and going. By the time I reached 1000, my score was going up by 1 million per spider. But I still didn’t stop there.

I got to 2000, and my score was going up by around 5 million per spider. I got up into the 1B point range, and then 2B, and then 3B. But once it hit 3B, it actually started going down at the same rate it would have been going up. It went all the way back to 0 and started counting up again. Around 615, at combo 2428, a bugged spider that didn’t move and couldn’t be hit (these were showing up more as I went on) made me lose my combo because I went too long without hitting anything (I kept tapping it, but of course it didn’t work since it was bugged).

The bugged spiders were spawning pretty frequently by this point and could only be taken out by an AoE, and the game was also lagging a bit. Eventually it got to the point where I couldn’t properly see when spiders were coming for me, and I was defeated.

I still don’t understand this game.

I hope this involved pausing the game to eat and sleep.

What he said XP

I’m done. See yall another time because I ain’t trying to beat this.

Well, I guess I asked for it:

Am I the only one noticing that Pohatu gets the highest scores? Or wondering if the scoring system… has an upper limit?

I challenge all those who have this game to find out! (the second one, not the Pohatu thing)

To tell the truth, I didn’t expect anyone to actually beat that challenge, let alone to that degree. You are now officially awesome.

I had an hour of nothing to do at school, so I got this. Not as impressive, but… 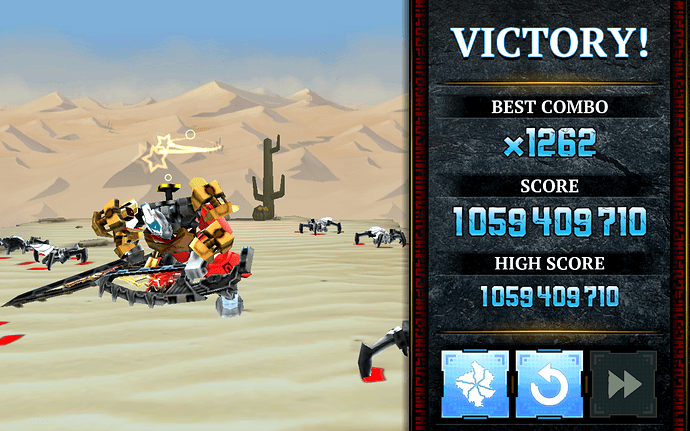 The impressive thing is your attention span