Bionicle moc that ended up in HF

I recently heard about a moc that was intended to be part of the Bionicle canon, but due to the line’s abrupt cancellation in 2010, it ended up in Hero Factory instead. I’m wondering what this was and who made it.

That would be “Silver”, a MOC made by TTV’s own Varteran

the wiki page says that it was Var

I get names mixed up because I’m a moron.

Was there any story story significance that had been decided on for Silver prior to Bionicle’s cancellation?

Not that I know of.

I have a strong feeling that “silver” was gonna be Marendar

Hmmmmmmm . . . Might we not need a Marendar competition, then?

No we still do since Silver isn’t canon. The contest is for characters with no canon appearance plus I wouldn’t just not do that contest because a few people don’t care for him. There are those who still wanna participate in the contest so why rob them of their long awaited opportunity to build and canonize Marendar?

This is all speculation; we have no official source saying that this was meant to be Marendar.

I know, I know, https://www.youtube.com/watch?v=FcQJhbi4wpU

It was a Bionicle contest iirc. While I wouldn’t be surprised if that was supposed to be Marendar or some other character had Bionicle continued, it’s probably too late to change that now.

I’ve always been fascinated with Silver, but I could never find much information about the contest online. Does anyone have any good links?

Well that’s not the only Bionicle moc that ended up in HF… Daniella Capricorn (the news reporter) was modelled after the infamous bunny suit moc.

I’m pretty sure that the “bionicle based character contest” was just another non-canok building competition, like the 2009 Glatorian Building Contest from the Magazines, which winners doesn’t even got noticed at all. It wasn’t the Certavus contest, just a building competition. As far as the HF-BS01 right, it wouldn’t have gotten any role, like the glatorian winners.

IT WAS THE DRONE FROM RISE OF THE ROOKIES!

Are you sure? I see very little resemblance.

The legs are straight up copied from the moc. 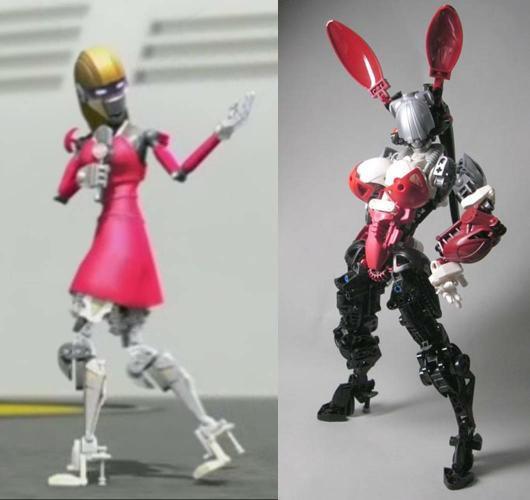 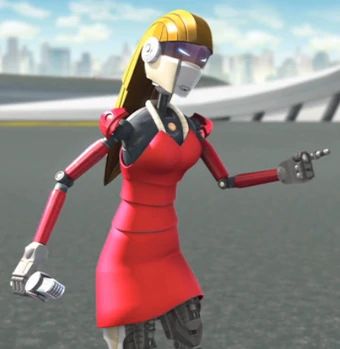 I tend to think it’s just a coincident. I would just hate the character even more, if this turns out to be true. Fetish mocs shall burn, and if Danielle was modeled after one, so shall she.