Have any of you guys seen this video? 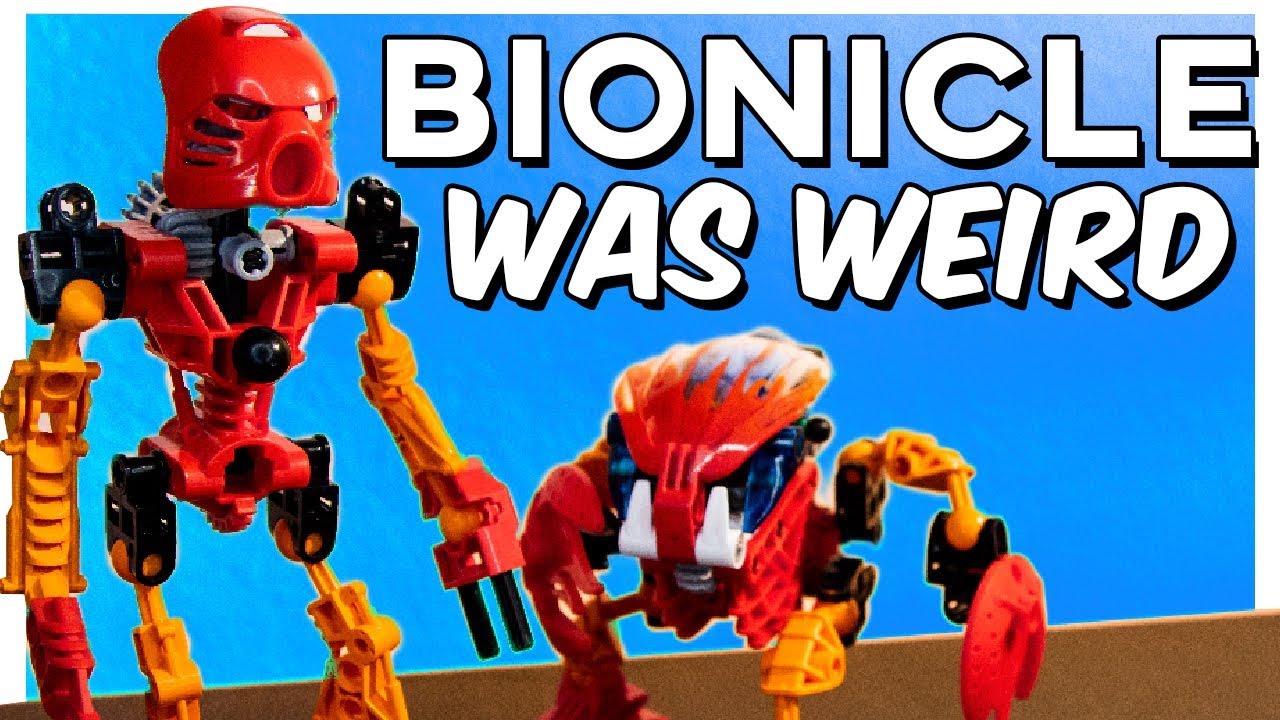 If so, what did you think about it? I personally liked it although he got some things wrong. It’s nice to see a Bionicle video, albeit a little “mainstream”, get over 400k views on YT.

He posted a couple extra things and corrections in the comments. It’s great to see this, even after so much time.

How do you mispronounce Kopaka that badly.

i kinda like this video, this dude has charm. i’ll probably check some of his other stuff out

It was kind of a cool yet surreal experience. Very rarely have I ever seen a video about Bionicle told from a mostly causal perspective. It’s really bizarre getting to step out of the shoes of a member of the community and into a pair belonging to someone with mostly decent passing knowledge.

The most shocking thing for me to hear was “I’ve only recently found out that Bionicle fans are really crazy into the lore.”

As an active member of the Bionicle community, this was a really stunning revelation to me about the perspective of people who really just bought Bionicle because it was a toy.

Here we are, discussing Bionicle every day on these message boards, and it’s almost like a universal knowledge to us fans that the core of Bionicle is the story, that without the story Bionicle wouldn’t be Bionicle. Really crazy for me to realize that there are indeed casual fans out there like Billiam.

His reaction to G2 was also fairly interesting, as his portrayal of how things went down painted the situation as an immediate hatred and dislike, which I feel was not the case. Sure, G2 support declined progressively, but upon release I’d say the majority of Bionicle fans were ecstatic.

It also surprised me that a majority of YouTubers covering Bionicle all seem to have a similar opinion on Mask of Light, that being that it’s a surprisingly good movie, just not one they’d watch repeatedly, which makes me satisfied to hear, honestly.

All in all, it’s a really entertaining and insightful video, especially for a Bionicle fan (the frustration over pronunciation is strong with this one)!

This makes me have hope this will continue to grow and maybe we can see more mainstream Bionicle exposure that will bring these casual fans out of the woodwork. My ultimate hope would be the release of a true Bionicle documentary film, but that’s just wishful thinking…

I remember that popping up in my reccomened at some point.
T’was alright.

First time I saw it I tought it was hilarious!

I don’t mind the errors with the fact, he even states that he’s not following the line anymore.

Honestly is it just me, or had Bionicle been popping up a lot more in the more “mainstream” YT channels in recent times? First that 107 facts video from Channel Fredorator, then Did You Know Gaming’s coverage of The Legend Of Mata Nui game, and now this? I’m loving all the exposure Bionicle has been getting as of late.

HE SAID LEGO CREATED MEGA BLOKS!!! YOU INTOLERABLE BEING!

It was all right.

Bionicle was strange since its conception

Funny thing…I used to be a casual fan of Bionicle growing up. The only thing I knew from the story was from the Mask of Light Movie. So, watching this is basically reliving a small bit of my past.

Ah, I watched it a while ago.
I thought it was cool.

oh hey, when i first saw this video, i was one of the few people at the time who “corrected” Billiam on some of the things he got wrong. You might notice me in the comments. it’s the one with “WRONG” in it.

a few replies i got for that comment were mostly just discussions on how correct my point really was about the masks not being the source of the Toa’s elemental powers. Other comments just called me a “Nerd”.

Funny thing…I used to be a casual fan of Bionicle growing up. The only thing I knew from the story was from the Mask of Light Movie. So, watching this is basically reliving a small bit of my past.

Yeah, I used to be a more casual fan, but after I watched the Last (cries) movie… and the metru nui dualogy… I WAS HOOKED! And now here I am… Knowing like 50-70% of the lore… I hope.

There’s always more lore. The online serials can get crazy.