So one of the main criticisms launched against Bionicle -and perhaps reasons toward the TTV having a Brickonicle contest, is the Bionicle sets being made of pieces that are only slimmly interactive with system bricks; I beleive I have found the perfect solution. 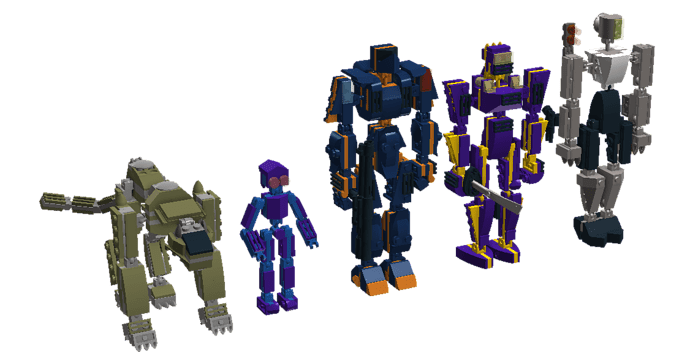 Brickbuilds_Robots.png1126×576 209 KB
A way to make awesome-looking Constraction figures without sacrificing the novelty of Lego System builds! The figures above are just prototypes to showcase the various types of figures this system can create; a Midget, a Soldier, a Gladiator, an Assassin Secretary Droid, and a Creature that can become bipedal [and of course the possibility for more types is limited only partially by the types of existing pieces]

So looking back on past Constraction lines [Exo-Force is not included because it comes the closest to my Brickbuilds idea] I realize one of the big novelty drawbacks is the lack of customizability in those figures, and while Bionicle did have better customizability, it didn’t have it in the more intricate way that System Lego does, and with Knight’s Kingdom you could only just add onto the armor and that was it. However, introduce a system made entirely with more familiar pieces and Mixel joints, and you have a building system that even GALIDOR can profit from! Yes, GALIDOR! 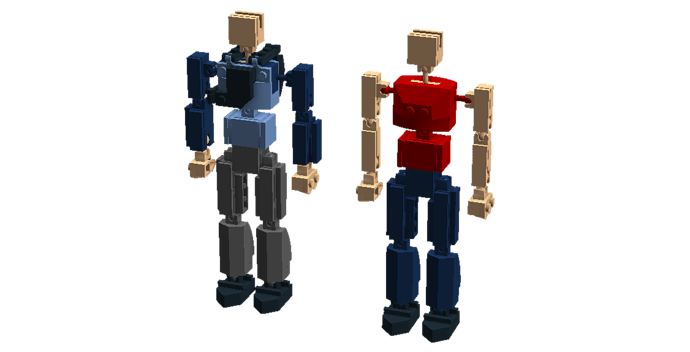 Galidor_[prototypes] Nick &amp; Allegra.png1126×576 87.6 KB
Now obviously these are just preliminary prototypes and could do with some more original pieces that better suit a more human look, but I think they do pretty well. But even better; now with Galidor, you could glintch Nick and other figures by mixing and matching various body parts, but I’m sure for a lot of you that novelty wore off pretty quickly. And beyond those parts, you couldn’t really transform parts of him into anything else; but with Brickbuilds, you can literally build ANYTHING for Nick to Glintch, heck, the box-art could even have him glintching by showing the lower half of his arm breaking apart while having another version of the upper half assemble in it’s place! 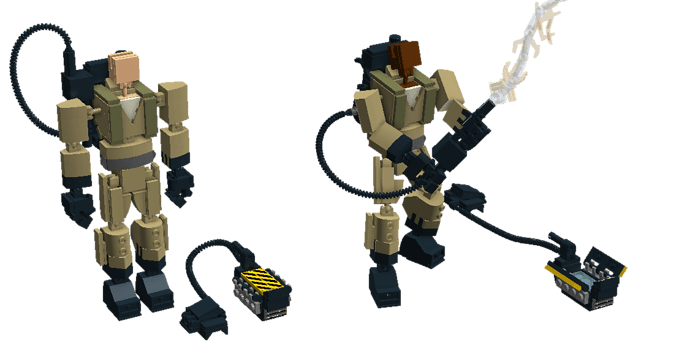 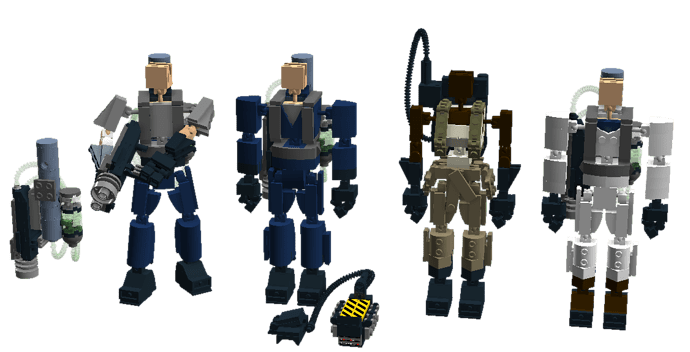 Ghostbusters Hellbent_Brickbuilds.png1126×576 209 KB
I even used the Brickbuilds system to create wholly original characters and different ghostbusting gear, just to test out how much range I could get out of this system 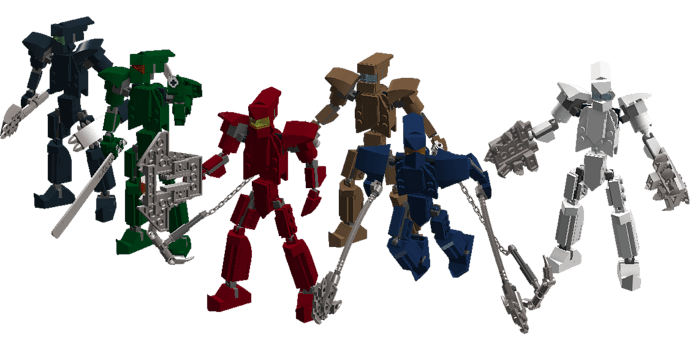 Brickbuilds_Toa Metru.png1126×576 229 KB
And of course we circle back to Bionicle. As far as I can tell, these are actually the same size as the Metru sets. Yes, an issue is the dull and dark colors and the fact that they’re basically clones, but I think this makes for a very good starting point, just imaging how you can now make them more different and unique 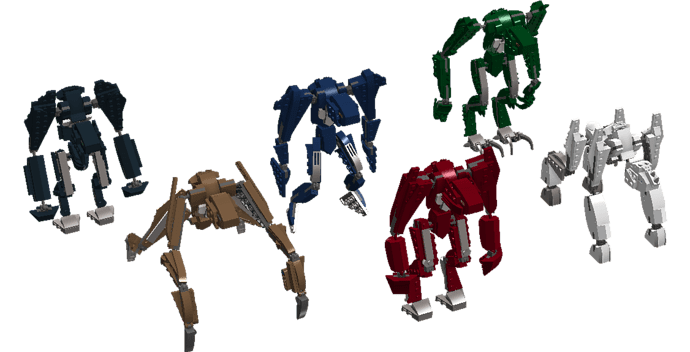 Brickbuilds_Toa Hordika.png1126×576 189 KB
Of course I couldn’t just stop there, so I decided to expand upon my Hordika minfgures with the whole separate species thing and better present just what kind of animals they mutate into 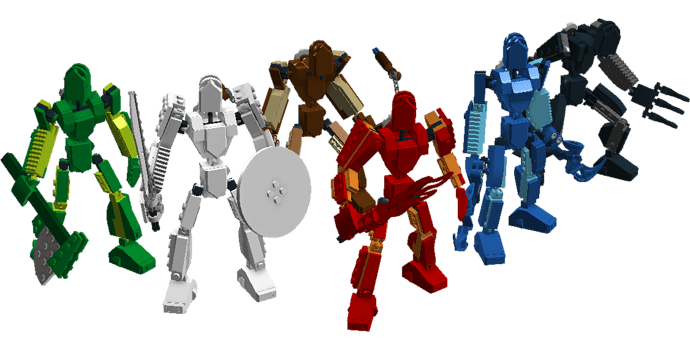 Brickbuilds_Toa Mata.png1126×576 226 KB
We then come to the Toa Mata, and once again, and once I figured out how to do the body base they were fairly simple, the toughest aspects being the differently built limbs [you’ll notice that Gali and Onua’s legs are built upside-down like the original Mata Toa, and the various different builds for the arms] and of course Onua and Pohatu are hunched over, but that was also kind of easy to figure out 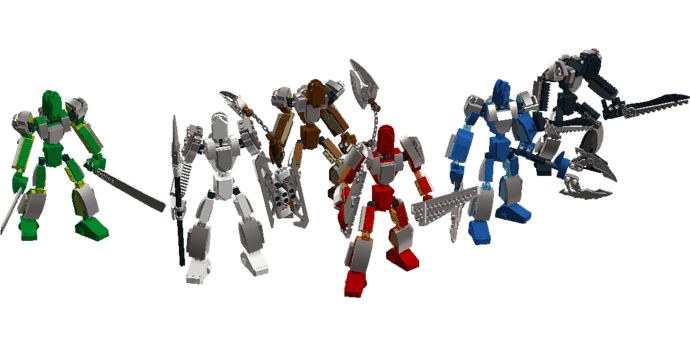 Brickbuilds_Toa Nuva.png1126×576 207 KB
So the Toa Nuva in terms of not only Brickbuilding but also redesigning for Bionicle G3 are actually the most difficult to figure out. Think about it; originally the Nuva were the second wave of Toa sets, and all they did different was new clone legs and armor attachments. that’s basically what I did here and while I think they look cool, I wish I could make them more physically different, like I did with the Hordika. Although I did build Kopaka and Onua’s weapons so that they could be attached to the feet
29 Likes
Brick-built Bionicle character Concept
DannyBoyy February 21, 2017, 2:51am #2

Hey someone get Lego over here

They need to hire this genius

Builds like this isn’t new, but selling up-scaled Mixel jointed characters (separate or packed) is a questionable choice-

While this is a concept, the Bionicle theme design looks the most interesting than the license preview.

I could see these working as official sets. You might be on to something here.