A revamp of my Brotherhood of Makuta entry… that is all. 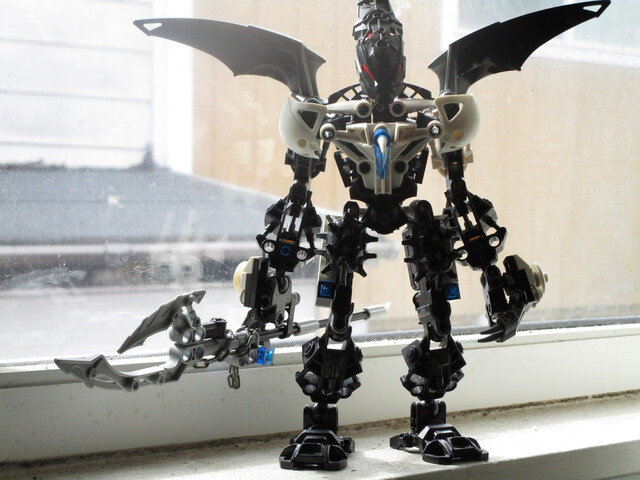 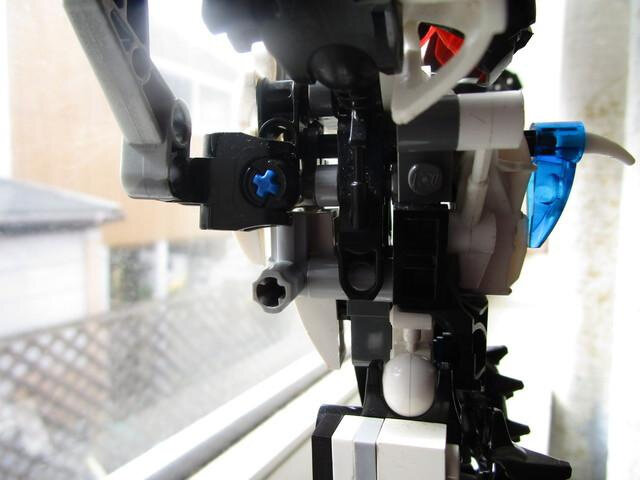 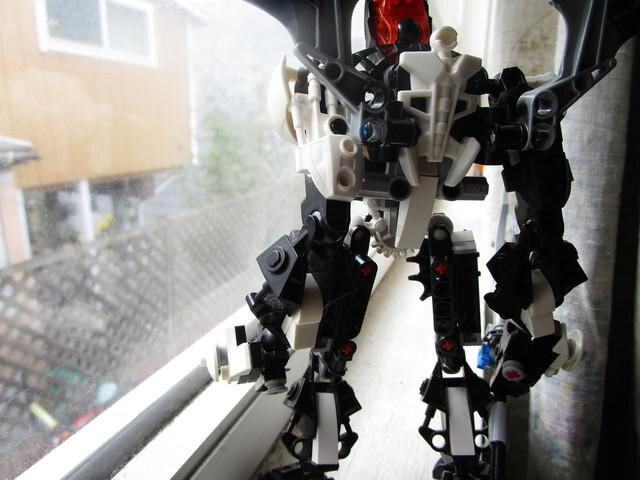 Bio: Xirok was the general of the south-eastern forces of the Brotherhood of Makuta. He had the supreme command over the campaigns against Carapar’s realm during the war with the league of six kingdoms and also was present at the final battle against the united forces of the Barraki as commander of the left flank.
After the war he took care of occasional threats to the south-east or aided other Makuta in their assigned regions by committing troops or giving advise.
Even though he didn’t command the biggest army of the Brotherhood, nor that he was stationed in one of the more important regions, he was respected as a clear thinking tactician and able general by his brethren.
When Teridax summoned every member of the Brotherhood to Destral, to declare his plan, Xirok sided with him, because he didn’t see any better choice and the plan didn’t necessarily conflict with his job: He would still have the south-east to keep safe, Great Spirit or not.
For many centuries he was kept busy, until he noticed some strange activities around the island of Daxia. It had always seemed to him, that there were too many ships in the waters around that place so far away from the truly important regions of the universe. Now, though, the activity seemed to have even doubled.
He dispatched Visorak scouts, that didn’t return.
He dispatched Rahkshi scouts, that didn’t return.
Finally, he decided to take a look himself, as whatever could kill halve a dozen Rahkshi which were operating on orders, could be quite a danger. With a squad of Rahkshi and some Visorak he landed on Daxia. Shortly after that, every contact to him and his troops broke off. None of them were ever seen again. (All credit and thanks to Gilahu who came up with this bio

With his torso being more black now the white parts look much more like armor - and i really like that. I somehow miss the chain across his chest, though.
I also really like the new back of the torso - no more yellow pieces that stick out and that Stars armor piece also looks nice there.
Its also good to see that you fixed the Bohrok eye crotch

I’m not a huge fan of the system addons on the back of the hands and the upper legs, though. They’re ok on the legs, but on the hands they just stick out way too much.

His new staff is cool, too, if a little… badly build considering that single pin connection that enables the shorter blade to freely swing around - but then the only option I can think of to fix this would result in Mutran’s spear.

Overall the torso is definitely far better than before - especially since it’s lees T-shaped now, everythig else… is ok.

Thanks for the feedback, I’ll try to fix it, and add more photos (for updates) to this topic, since I doubt I’ll be revamping it again. I’ll try to eventually replace the system on the legs with technic, and I’ll update the hand/wrist armor things (I honestly don’t know what they are), but I just wanted to find a way to make the finger connection stick out less.

A little short for a Makuta, isn’t he

Not that bad, but it could be taller.

@Gilahu If you are to revamp Xirok, please base it off of this version.

EDIT: No pics yet, but I changed the color of the hip piece from white to black.