Well, @Gilahu, I’ve finally finished. Not that I hadn’t already, because you already saw Zyrek in one of the posts. 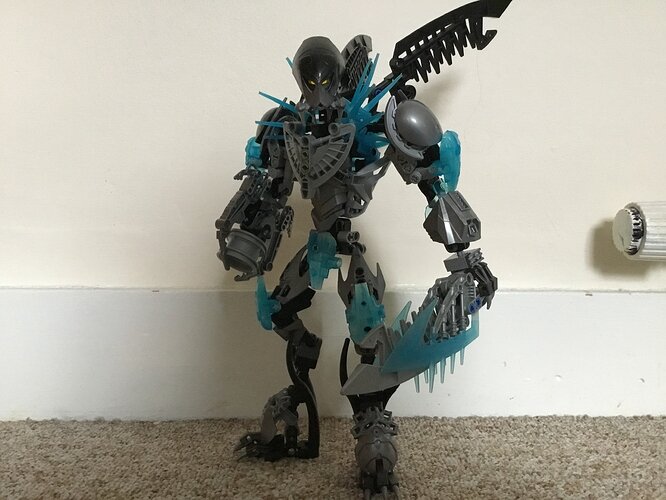 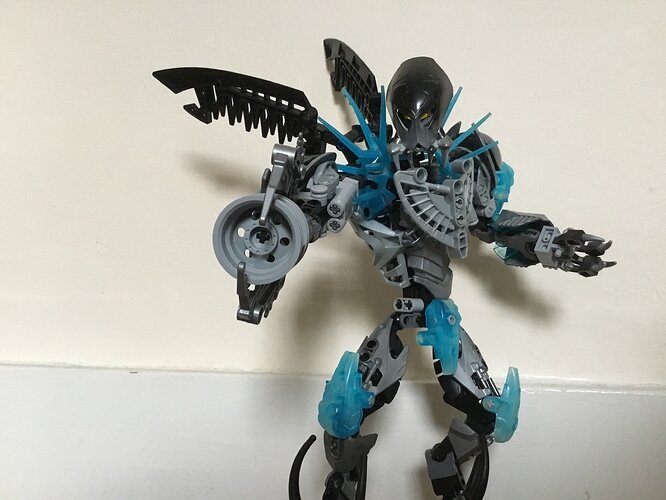 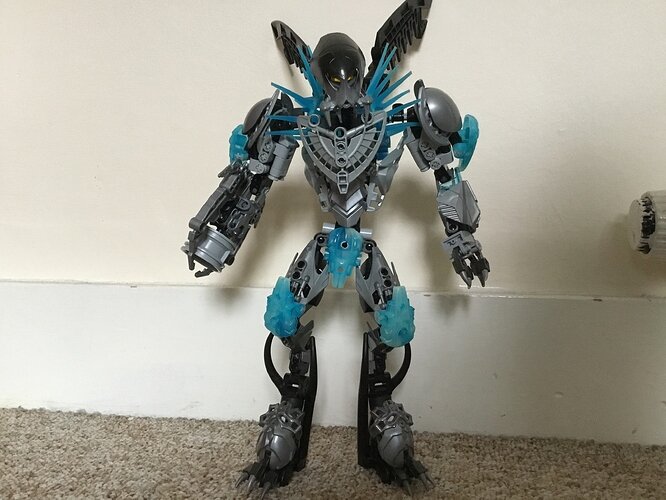 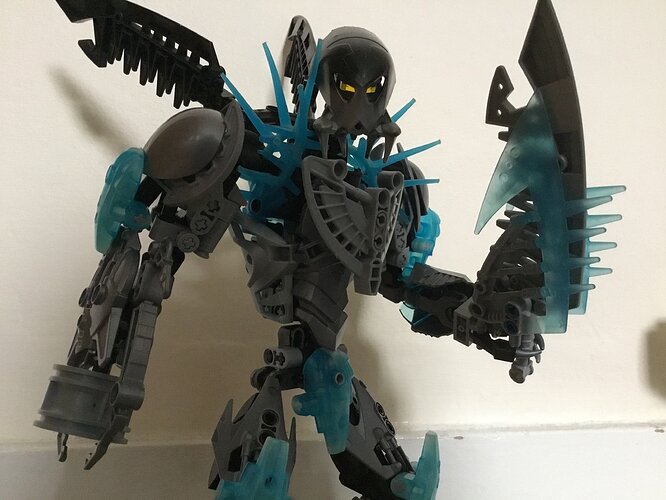 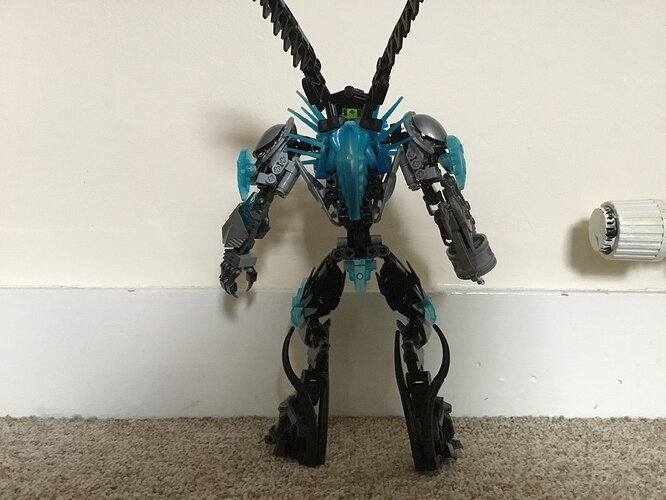 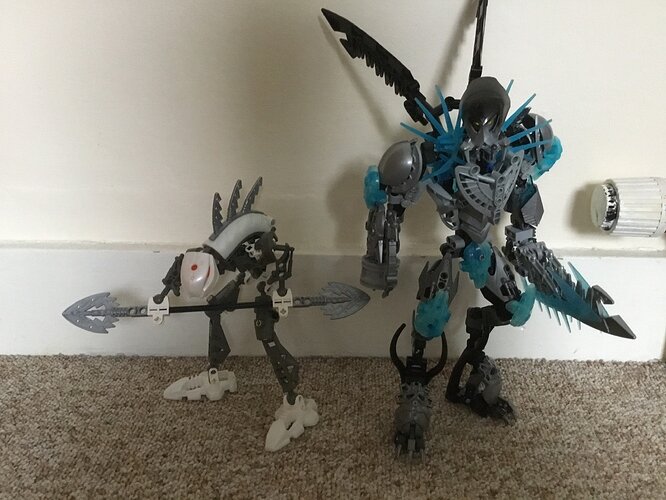 FC842047-D0C5-4745-9B46-7FE769DC18BF.jpeg3264×2448 1.17 MB
Bio/Backstory:
Zyrek was a technician, originally taking care of all the different systems of Destral. He was later assigned to the region of Vorlis, which was where most of the energy coming from Metru Nui was distributed to other regions of the universe.

During the Great Cataclysm, the Energy Distribution Centres took heavy damage, therefore Zyrek was sent to make sure everything got fixed properly on Vorlis. He worked day and night making sure everything was in sustainable condition, and was attacked by Dark Hunters several times, as well as having to deal with a Rebellion which started up after Vorlis’ Matoran inhabitants realised that the Brotherhood was behind the Great Cataclysm. In his spare time on Vorlis, he would often conduct dangerous experiments, hoping that one day he would become a Makuta scientist.

Unfortunately, his dreams would have to be cut short, as on one fateful day, a Toa of Lightning stormed the Centre, thinking that destroying it would be better than it being controlled by the Brotherhood. Zyrek fought hard against the Toa, but ultimately, his body was consumed in a series of explosions caused by the Toa’s Nova Blast. The local Matoran later fixed the station.

I think I forgot to say it when you posted an image of him in the project topic, so I’ll say it now - looking awesome!

Torso perhaps could be a little less gappy, but I really like those upper arms, upper legs and feet. Also neat what you did there with those spine pieces.

As to backstory - a few small corrections:

was distributed to other universes

Should say “to other regions of the universe”

Zyrek fought hard against the Toa, but ultimately, he was decapitated

I don’t want any more Makuta to die directly through the hands of Toa. My idea when I proposed that backstory was that he’d die trying to stop the chain reaction the Toa caused.

So, these two small story things should be fixed and I’ll check his name with the RSG folks in the meantime. Once that’s done I’ll accept your entry.

EDIT: Zyrek works as a name. So, just those two story details.

This MOC looks awesome, I love the color comibation and the spikes

Mmm, I’m loving this! The color scheme really sells it for me, I love the way you distributed the blue among the silver. The “wings” help give him an imposing silhouette, too.

Oh oh…this really is cool!! I like the Takadox trans blue but I feel it needs more on the feet and lower legs. Great job!

I really like this, though there are way less clunky designs you could have used to make his normal hand.

I would’ve used a Hydraxon-style hand, but I’m running super low on those t-bar pieces.

Alright then, MOC accepted, thanks again for participating!

That’s a sick looking cannon arm. It fits the overall aesthetic so well.