Tarthex is the 6th Chibi Nui, built from parts of the 6th series of my Community Chibi Project.

Each six Self-MOCs built during the course of the project are combined into a larger character with a role in the Cyclic Plane Storyline.

A Steltian Bruiser who was uncommonly cunning for his race, Tarthex escaped oppression on his home island only to spread it to the Northern Continent before he was stopped by Makuta Krika’s Toa Hagah team. 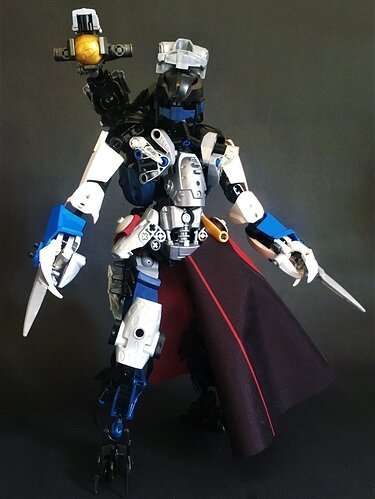 Tarthex was one of many of his species that lived as little more than brute force labour for the aristocracy. He hated the other denizens of the island and believed he was superior to them due to his higher intelligence.

It did not take much convincing for him to enlist in Mantax’s army, where he quickly rose through the ranks, proving his tactical skills despite his race, though he was also known to be vain, pompous and egotistical. 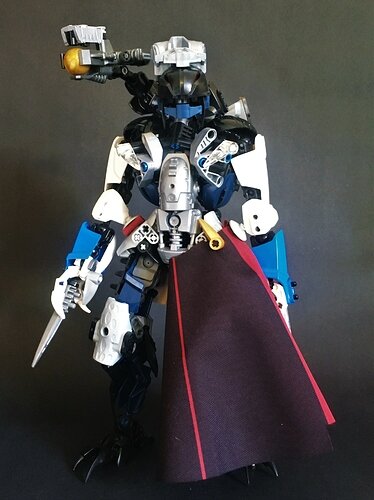 After the Barraki were imprisoned and their kingdoms began to fragment, Tarthex held onto a large area of land on the Northern Continent and began to rule over it himself. He had much of the Matoran population enslaved and began a campaign to take over the rest of the continent.

Though he had no elemental powers and could not use Kanohi Masks, Tarthex was armed with Piercing Blades which, paired with his immense strength, he could use to pierce most kinds of armour. He also carried a Zamor Launcher whose spheres could knock enemies around with kinetic energy. Like all others of his species, Tarthex could fly. 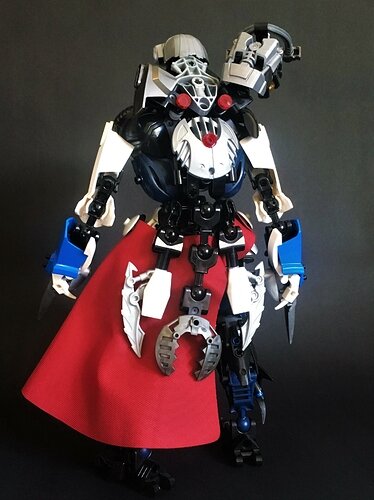 Tarthex’s reign came to an unexpected end when a new toa washed up on shore an began to rally a resistance force against him composed of freed matoran and weird new rahi, as well as a makuta interloper and his Toa Hagah team.

Exiled from his former kingdom, Tarthex sought refuge back on the island of Stelt. He was recruited into the Dark Hunters, though was slain by a rahi that drained his life force not far into that career.

(For links to the original Self-MOCs click the names above) 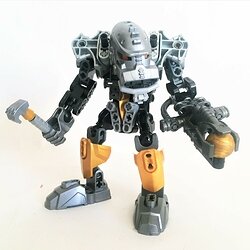 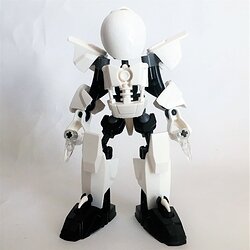 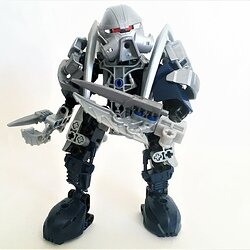 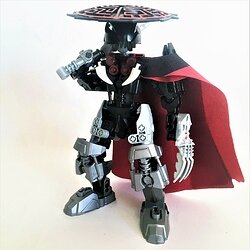 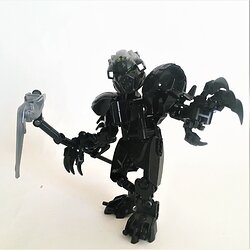 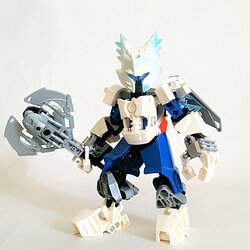 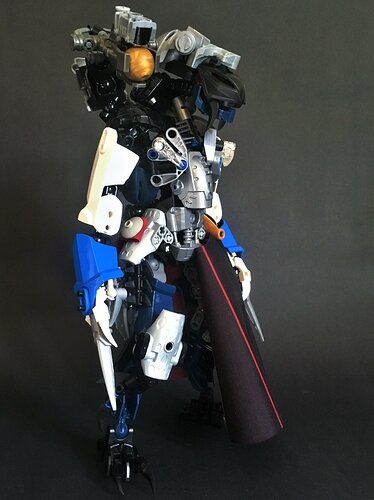 Really proud of how this one came out, especially with the musculature around the neck and shoulders. Hopefully I managed to include enough of the key pieces of each character to be recognisable here. What do you guys think?

The first one is very cool!

Awesome! Now we gotta see this guy made from the full sized self mocs😂

This looks amazing for a ‘combo model’

For a steltian bruiser, I’m shocked you didn’t use thunder’s headpiece, though I suppose it would go against his greater intelligence

It just worked so well on the chest! And the fanged, multi-part head seemed a better idea. Besides, the species isn’t meant to wear masks and I feel like that’d count as one.

I still wish I had my old bin’o’parts so I could rebuild Lynis lol. Thanks for the chibi!