Hey folks! Been a while since I posted something due to uni but here is something I’ve been working on. I wanted to keep the design quite coherent and sleek, therefore I wanted to use some of the larger CCBS shell pieces such as the thigh piece and the large chest pieces. I liked the stomach design in my previous moc, Abalon, and wanted to implement it into another build. Originally, this was meant to be a g2 Makuta moc with the first design having a gold colour scheme. As the build progressed I decided that I liked the look of the silver creature head piece more and changed the colour to silver and black. Knowing that people might complain about the colour scheme, I wanted to put in some trans blue pieces so that the trans blue on the head didn’t stick out as much. Due to the design, there was a slot just behind the front skirt which allowed it to be tucked away. I was going to remove the Onua sticker from the large chest piece but I kinda like it!

Anyways hope you enjoy, and I’ll have more stuff on the way now that I’ve finished university for the summer. 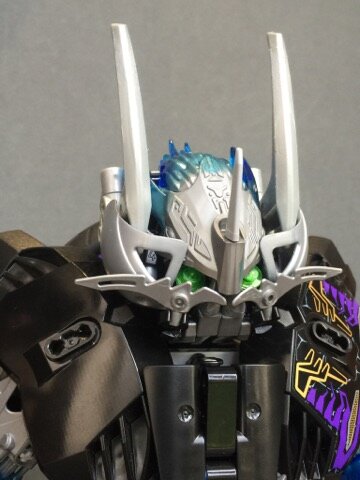 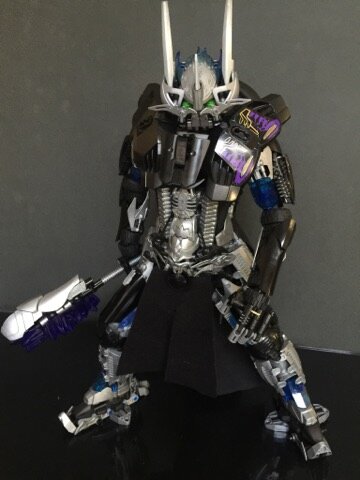 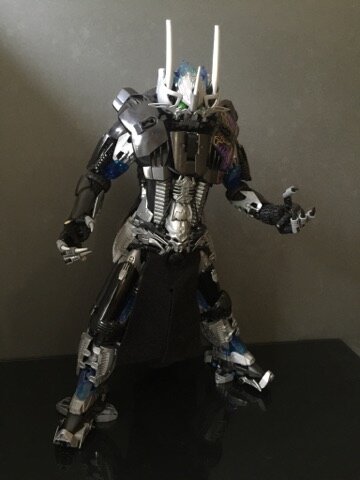 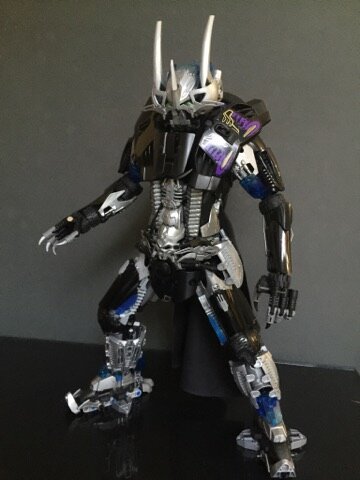 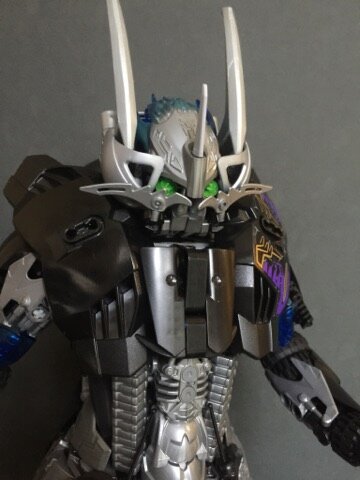 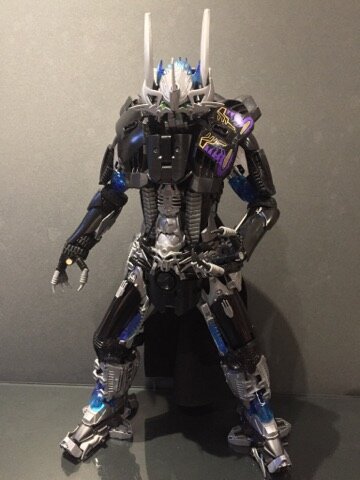 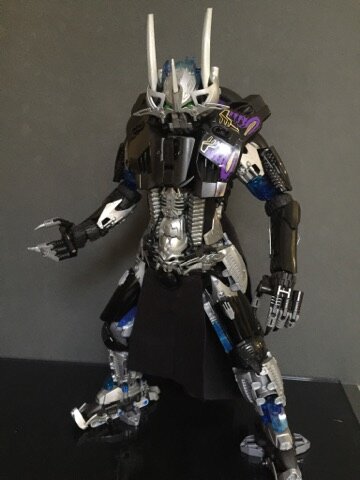 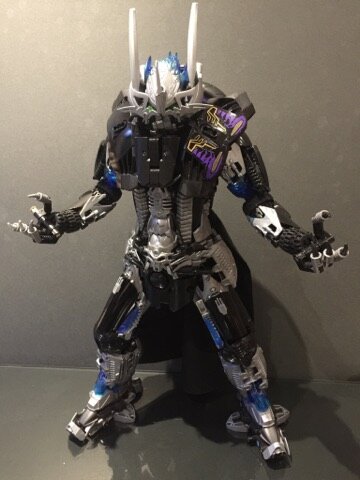 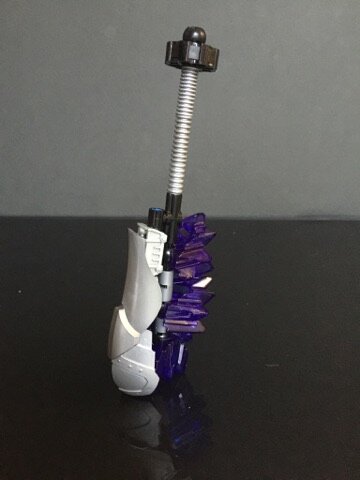 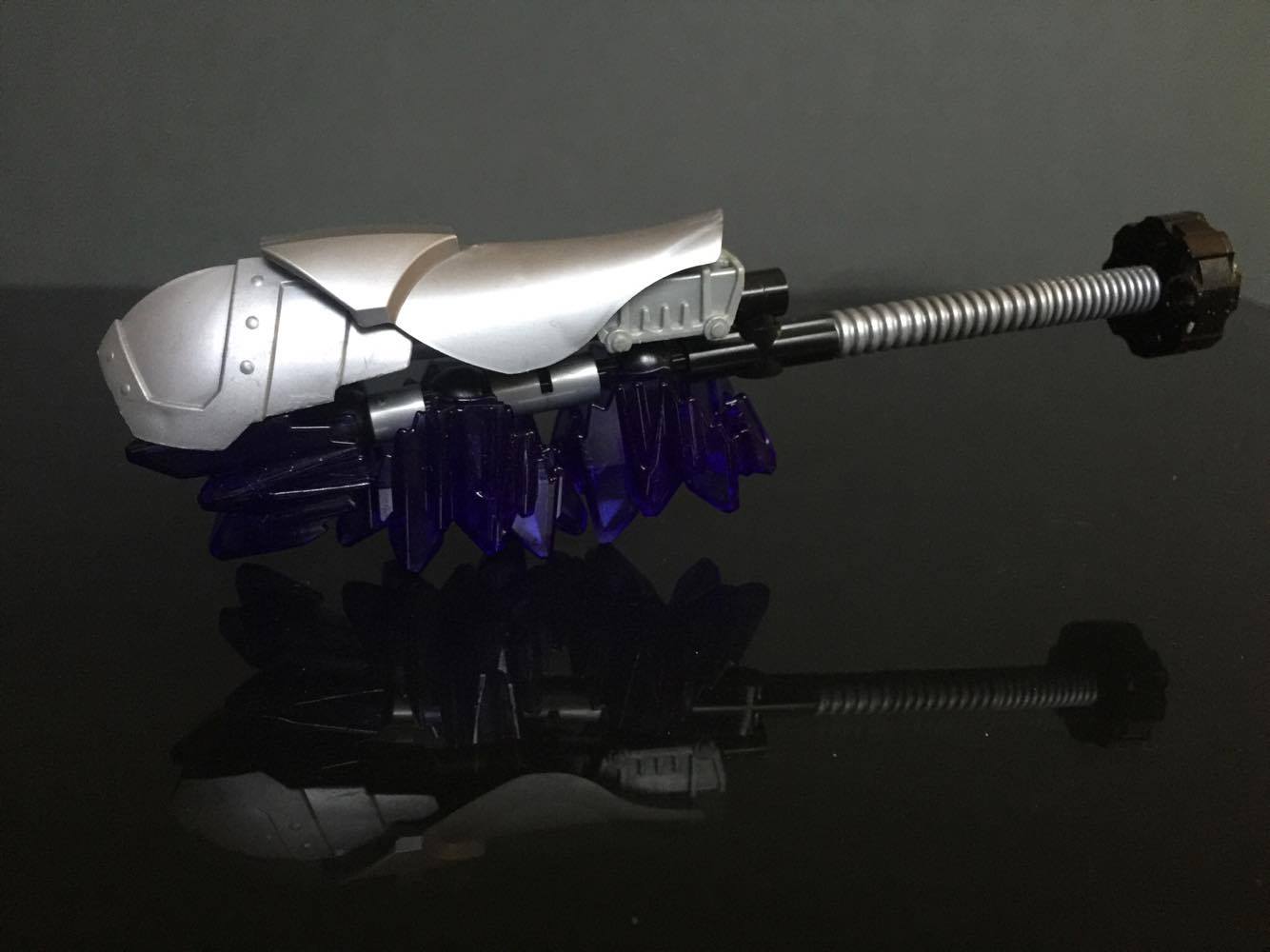 UPDATE : Had a couple of people saying the legs were too short, hopefully this pic of him standing straight fixes that 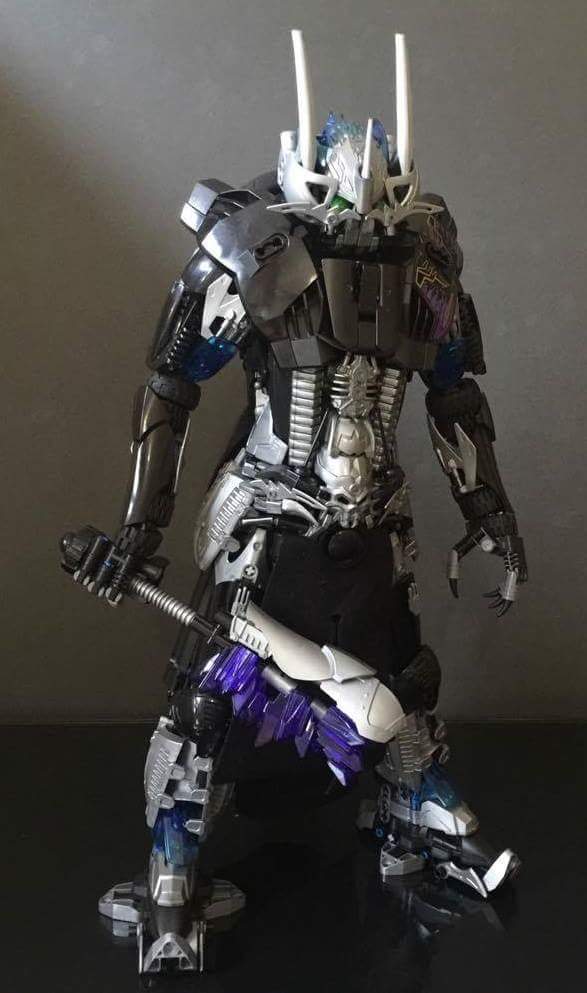 UPDATE: Managed to fix my camera, here is a clearer pic 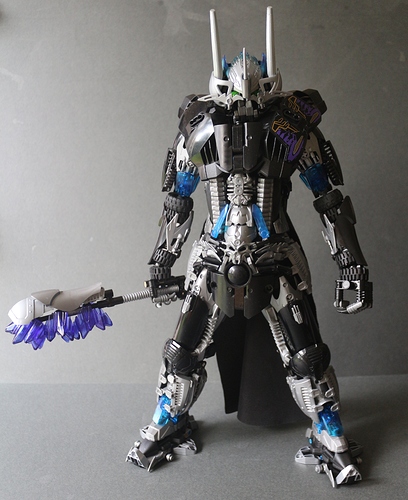 UPDATE:
Made this head dress thing which i think looks pretty cool, also gave him a sword. 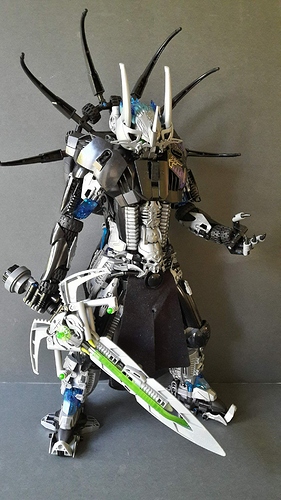 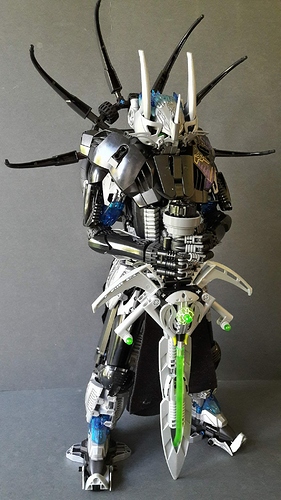 Something about the porportions seem really off to me. It might be the torso is too big for the limbs. Otherwise it’s good.

Wow. The shaping of the body in general is amazing, and that head looks so good. Not a huge fan of the two large chest-plates being different, one with a sticker on it. Sometimes when looking at your mocs, I forget I’m looking at lego. Good Job!

yeah, I could’nt decide if I liked the sticker or not too, might remove it and retake the photos

I think that is probably because his legs are bent in most of the pictures. I’ll take some pics with him standing up straight as his legs are quite long when they aren’t bent

One of the poses screams…“Come at me bro”.

But good moc, the weapon is nice and the design is ok. I do wish you used more purple and trans blue in the torso.

But hey, the tires finally look good on a smaller moc.

Wait, how tall is it?

same size as Abalon, I don’t have anything to measure his height unfortunately. He’s fairly large though haha

Awesome. I really enjoy the nice shaping on him. The Onua chestplate sticker feels out of place (though you already seem to acknowledge that).

This looks really cool but the head is amazing!

For a second I thought the MOC was the head. The MOC is pretty meh, the arms are too long and the legs are too short. However the torso design is awesome, and with bulked up limbs it could work.

I think the reason the legs look short is because they are bent in most of the pictures haha.

Great MOC. I especially like the head and face.

Good choice not removing the sticker. It would be a hassle to put back on.

Why am I not surprised that a TolerantAxe MOC has astounding detail, nice overall design, and intelligent parts usage?

As usual, fantastic work. It’s always a pleasure to see your creations.