Hello one and all! Today we’re going to be discussion the various different aspects between two series compared very often.

Digimon (Digital Monsters), which was originally conceived as Tamagotchis in 1996. Over time, it was remolded and transformed into the Digimon anime in 1999.

Pokemon (Pocket Monsters), thought up by Satoshi Tajiri around 1989-1990. It ended up first appearing as duel games for the Game Boy in 1996. The first games saw release in the form of Red and Green in Japan, followed soon after by Blue.

Obviously, both have quite the following. Pokemon is known for the game series as well as its anime run starting in 1997. Digimon is primarily only known for its anime run which begun in 1999.

As such, there has been incredibly debate between the two for various similarities. Included in these are various character designs, themes, as well as names.

So where do you guys stand? Feel free to discuss and debate this topic peacefully. Personally speaking, I land on the Digimon side of the fence. Nothing against Pokemon, I just grew up with the former. =P

Have fun, guys! Just stick to the rules and whatnot, and enjoy!

I have no stake in this as I’m not really a fan of either, though I respect them and those who like them
grabs popcorn that being said I will gladly watch the arguments commence

There won’t be any arguments if I have any say in it. =P

fair enough (I did not mean hostile arguments mind you

I personally like bakugan better than the two but if I had to pick it would be pokemon. I know more about pokemon and think it is pretty cool. I have only seen one episode of digimon but I think it is a pretty good show.

And @Middlefingerstudios, I’m actually eating popcorn as I’m reading this.

Pokemon for life! For me, the competitive aspect is great- I really enjoy games that involve a lot of mind games to win. Plus, we get majestic designs like Gengar… 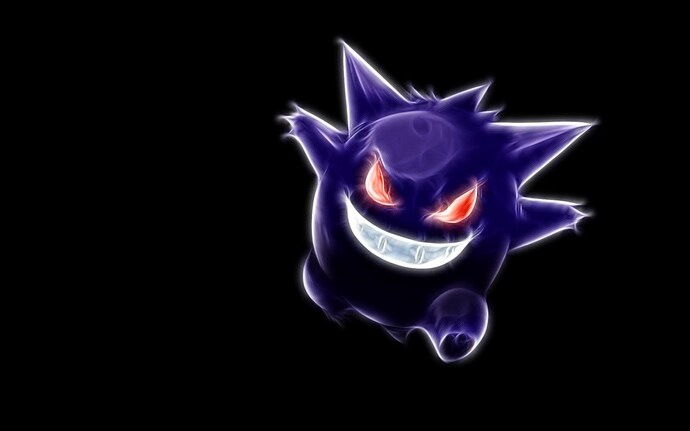 Atleast we don’t have bad TV Seasons every other year.
#digiburned

In terms of video games, I’ve never actually played any Digimon ones, so… I have no opinion. While Pokémon is incredibly repetitive, I still play and enjoy the new releases, so… Pokémon ftw?

In terms of anime, I see Digimon and Pokémon as around equal in terms of quality. Then again I’ve only seen the 1st season of Digimon, and 13 seasons of Pokémon. My stance may change whenever I get around to seeing Digimon season 3 a.k.a Digimon Tamers, which is apparently THE BEST AROOUUUND!!!

So till then, Pokémon gets my vote or whatever…

Even going off of just season 1 of Digimon, I would argue that Adventure has a far better like…I dunno.

I feel like the stakes were higher, and the characters more interesting(albeit, there were a bunch of them vs. just the 3 Pokemon protagonists).

As it stands I take no stand on the “vs.” as I see the merit and enjoy different aspects of both series.

am I technically even more neutral because I’m not a fan of either?

Pokemon as a game is pretty great

as for its anime

I love digimons anime, I grew up with it

have not watched it since 2008 or something

Should get around to rewatching

Hmmmm I like both of them never played the digimon games (if they have any) The anime differ in the fact Digimon at least the first season they are trying to get back home. In Pokemon its just the same villians basicly and incopentent ones at that. In pokemon evolution is a pernament thing, in digimon they can lose their evolution and have to work back up to it. While I can see both the pros and cons for each in my opion they both are good in their own right.

I know next to nothing about either, so i’m just going to side with pokemon.

Depends really if you ask about the show or the games.

Personally I’d say Digimon if we are talking about the show. The characters age noticeably and progress in terms of learning, occasionally falling back to a lower level if they suffer a loss. There The show also had several incredibly dark moments including a memorable scene where its originally implied that all the cast have been brutally killed under the orders of the Digimon emperor before revealing them as alive.

In particular an entire season where a Digimon would be killed off at the end of each episode. Other than some issues that occur with a romance plotline or two and the other generation of characters essentially being slightly altered duplicates of the first, it is definitely the superior animated series.

While Pokémon is an alright anime series, the fact its on-going and shows no intension to stop (Each region being based off the real world) kind of weakens the show. When a show goes on for too long a lot of the plotlines repeat, and unfortunately their is no real over-arcing storyline from region to region other than the generic idea of becoming ‘the very best’. Its pretty much the exact same non-aging character’s on a revolving basis with the Pokémon being what changes, I suppose that can work as the focus is then put on the Pokémon, but it means the characters take less of a focus than the monsters.

In terms of games however, Digimon was lacking. I’m sure most people here had the Digivice, however it was a very traumatising game for a lot of people. Pokémon was the superior game series.

Best from Digimon is the anime. Best from Pokémon is the games and movies (For a while anyway)

It’s just another case of who better like Transformers vs Gobots, Power Rangers vs V-Troopers,Godzilla vs Gamera. But Pokemon had been a better fandom and it’s longer that Digimon did,and the only thing that Digimon got it right it’s the Catchy Theme Song.