Tell us some of the dumbest things you’ve seen on TV.

I just saw a news report about indoor air pollution. Guess what the solution was, OPENING THE WINDOW. We need to give this GENIUS an award.

I want to say everything, but then I would be calling stuff like Steven Universe and SVTFOE dumb. That’s not an invite to make a derogatory comment on those shows by the way, I’m just listing examples of my favorite shows.

I’d love to say Fox news… but that is way too easy of a target. I think that is one thing we could all agree on. Same goes for the majority of “reality” shows.

I am going to say the nightly news. There is nothing political about that, it’s just that sometimes I see some news stories that make me go “looks like someone is having a slow news day.” And to void myself from any future trouble: that was NOT an invite for a politcal discussion. Like I said, there was nothing political about that. And political disccusions are not allowed on the boards for any newbies out there.

Any form of reality show similar to ‘Keeping up with the Kardashians’, ‘Geordie Shore’ and (if you are from the US) ‘Jersey Shore’. Hideous shows.

Reality TV is dumb. I bet nobody’s heard of that before.

I want to say Fairy Tail or Code Geass, but I haven’t seen them on TV. Nor are they played on American TV.

Oh I know! The entirety of the Disney channel. Only thing worth watching are reruns of Gravity Falls.

Family Guy, Toddler Titans No, and The Super Hero Squad show. Oh and Breadwinners (or anything on Nickelodeon at the moment beside TMNT and ladybug)

The entirety of the Disney channel. Only thing worth watching are reruns of Gravity Falls.

Do you dislike Star Wars: Rebels?

Yes. Maybe it’s better now than it was during the first season, but I don’t like watching something that has a bad foundation.

This is why I watch old TV shows.

I was going to say that

Do you dislike Star Wars: Rebels?

how dare they, well its ok for season 1, but season two is on par with the clone wars

Reality shows, terrible cartoons, stuff like that. I rarely watch TV nowadays save for two shows, so I don’t really know what’s going on there that much. 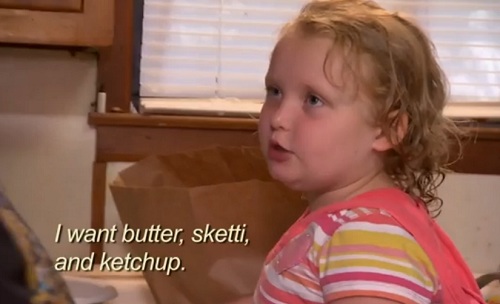 Wander Over Yonder and practically every news channel except Channel 9.

All those TV shows about dumb alien theories

Lip Sync Battle. I don’t get it.