So…I made a flag for my fictional county Mylair, from my fictional universe AUO. (A Universe Unlike Ours)
I’m personally not set on a design yet, which is why there are multiple designs. So…if this is even allowed by the Mods. I’m going to post the pictures in a poll to decide the best one, declared by the message boards community. I hope you like all the designs and choose a favorite.

The winner after 1 week will be posted below as the official flag, decided by the message boards. 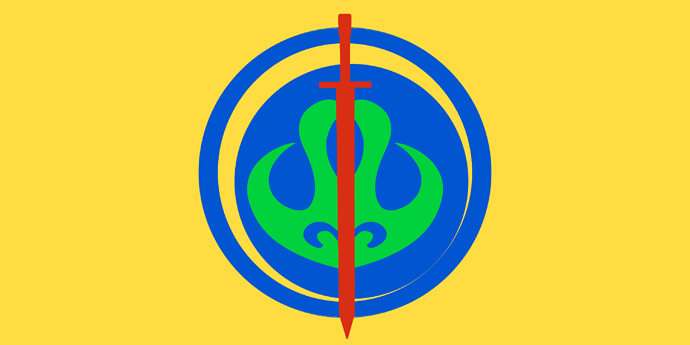 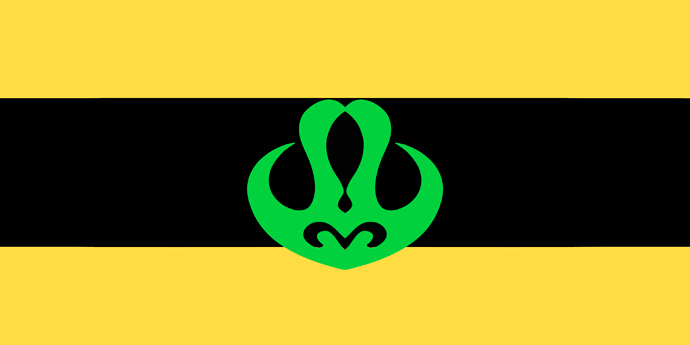 Hm…it’s hard for me, as someone with an interest in graphic design, to really pick the one that I think would work the best without knowing exactly what the flag is meant to represent.

What is Mylair about? What does it do? What kind of people live there? What’s their ideology?

In general, all of these designs are really clean and look really great, I think the deciding factor is going to be how well the design fits the narrative.

@Political_Slime has more experience in graphic design than me, he ought to be able to let you know know more about the actual art side of things!

What is Mylair about? What does it do? What kind of people live there? What’s their ideology?

^ all of this. I can’t say much without context.

From a design standpoint, I think more than 3 colors gets excessive. A good flag is simple, easy to look at, and instantly recognizable. 1, 4, and 7 would be my choices, though none of them perfectly fit that criteria.

Great questions, thanks for asking!

Mylair is one of the three global powers from the planet, Meravtha. They are lead by a monarch, whose symbol is the green crown. The green crown has a few meanings, but the most common are of prosperity and wealth. The empire is well-known for their metallurgy and production of weapons. The yellow represents their size as the country has a saying that when dusk falls in the east, dawn rises in the west, This is mostly an overstatement, but their country does cover a good portion of the globe. They are known for their language and it’s common use as other tongues of the surrounding area have borrowed from it in the past.

Mylair itself is in a time of peace at the beginning of my planned story line. At that point it was more focused on trade and accumulating wealth. Later in the planned story, war does break out and Mylair is one pf the superpowers in that war. They’re almost a like a European medieval Persia, with their conquering. During the end of the war, Mylair invades another country called “Gathens”, which held a supposed artifact. The artifact was revealed to be a giant gate, which was sealed shut, and controlled from Mylair from that point.

There are many different people in Mylair, seeing as it covers parts of three different continents. In this world it is filled with seven humanoid species, though no humans actually exist on this world, called Meravtha. The species are the High-born, the Roylans, the Humrans, the Diakae, the Flesligings, the Roclurs, and the Dragnir. All the species/races are different from each other and often show disrespect for each other. The Roylans are main political power of Mylair, easily identifiable from their glowing symbol above their shoulder. They all share unique traditions and ways of living.

The main Ideology of Mylair is what is presented by the Monarch. They tend to believe in strong or noble knights who will keep the peace, so that the people can live their lives. They are generally open to other cultures, and allow countries that they conquer to live as is, as long as they follow a following set of rules, made for all conquered countries. They won’t attack carelessly or without reason either. They mainly go to war if provoked or have a good/decent reason to. They also believe that one’s natural connection to the magic system, megas, determines their rank in society. Most Dragnir have low affinity for megas and are looked down upon.

I hope this helps. Let me know if you want more, or have more questions.

A picture focused on Mylair (yellow in both): 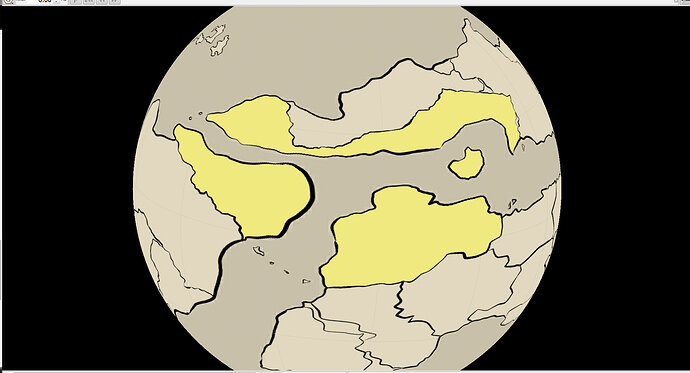 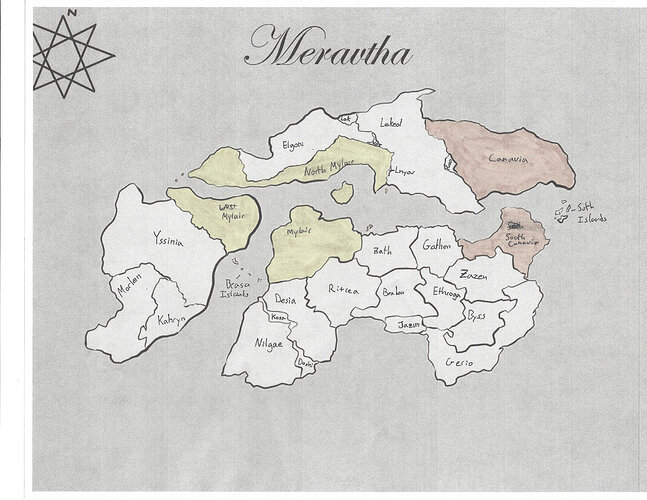 …you seem to have things pretty planned out. I’m impressed by the size if your content.

Having said that, what is the purpose of the blue disks? And the red sword?

@Jcton this is a really nice free map making program, just thought you might find it cool
https://inkarnate.com

The blue disks represent a cresent moon, which is a nod to their achievement of their calendar. The sword is a symbol of an artifact that one of their knights wielded, called Brystworl, the sword of the cutting winds.

Awesome! Those are some really well-made maps, by the way!

The blue disks represent a cresent moon, which is a nod to their achievement of their calendar. The sword is a symbol of an artifact that one of their knights wielded, called Brystworl, the sword of the cutting winds.

Those seem like great worldbuilding tools, but they don’t seem to be necessary for the flag itself.

From your answers to the questions about the country, I gathered that the primary culture of Mylair is heavily determined by whoever is in power, considering it is the monarch’s ideology that drives the whole nation. Because of that, I think the green crown is going to be your best bet.

A better thing to think about when designing the flag might be to treat it not as a flag for a nation, but as a symbol of the monarch himself.

In terms of design stuff, I agree with Slime about limiting the colors. Two might work best, the green for the crown, and the yellow might still work too.

I say go with 7, as it’s the simplest and fits the best with the narrative!

go with 7, but make sure the green crown fits the black stripe for maximum clean