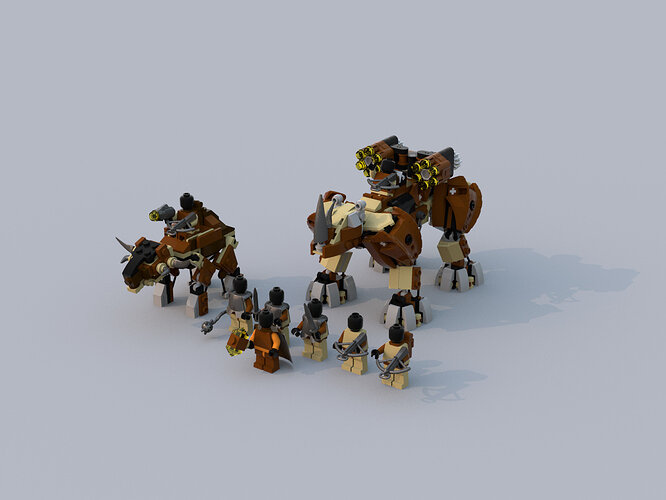 This set contains 509 pieces, 8 minifigures and 2 Rahi, this set is meant to be a battle pack however if this is too big it can be broken up with the Mahi and the 3 armored figures as well as the Motaran Captain. The second set would be the Stone Rhino (Rhuaki from the maori word for Charge or Assault and Rhino from english) and the 2 crossbowmen. 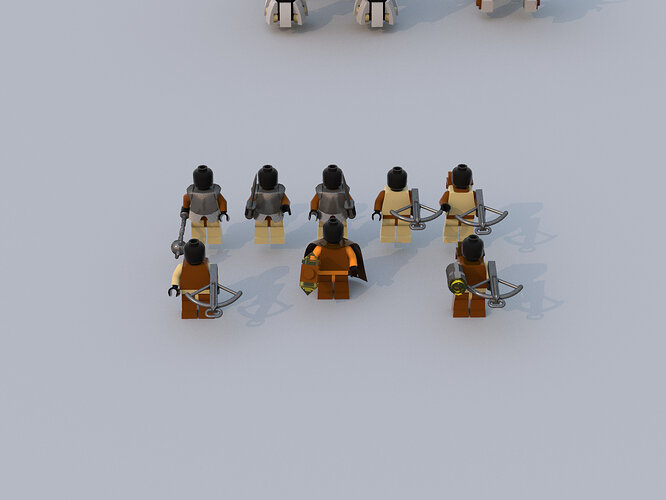 Okay, quite a few here, so the Rahi riders have a crossbow each, the Mahi rider has a stud gun as the Mahi has no offensive weapon. The unarmoured minifigs on the right are meant to be scouts with light weaponry and supplies, the armoured minifigs on the right are the main strength of the force, one of them has a flail to throwback to G2 Pohatu a little.

The Captain has a hammer as he left the Motaran military to be a stonemason, where he carved many original statues and built the most famous Motaran structures in recent times. He was called back to the military when Motara was brought into the war. 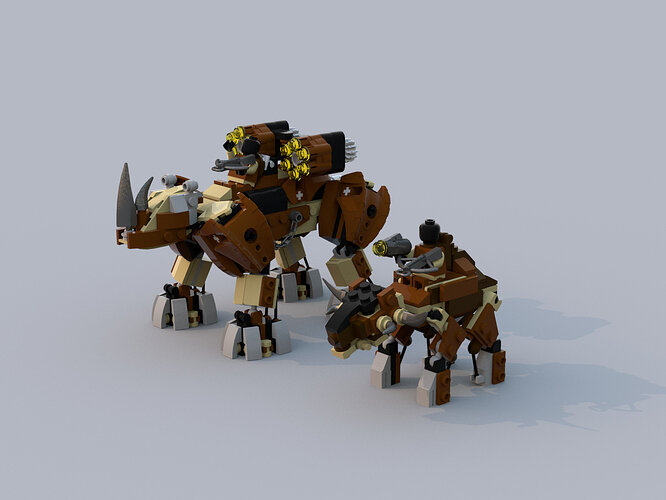 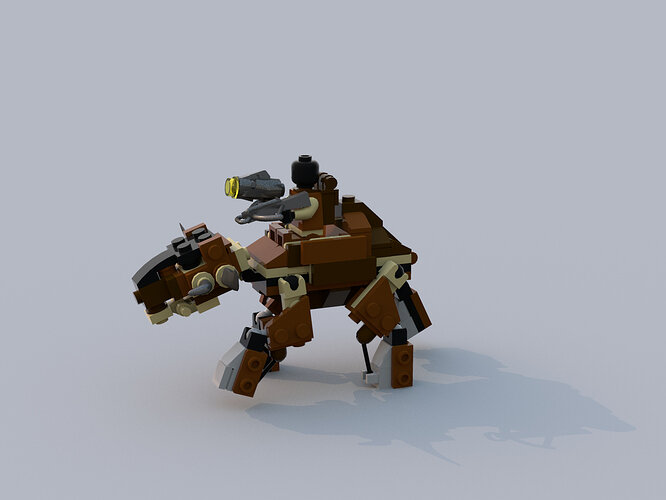 So we have the Mahi as inspired by @Sanokal’s design but redone by me and is mainly used as a carrier for a soldier, this is why the soldier has a stud gun. The Rhuaki is based on a Rhino design from the Lego Black Panther Mine set, the head is almost the same, the body is basically shaped from it but from there on it is basically original. The Rhuaki has full articulation in the legs, all using ball joints however the shoulders at the front are a little hard to move and LDD didn’t make it easy. 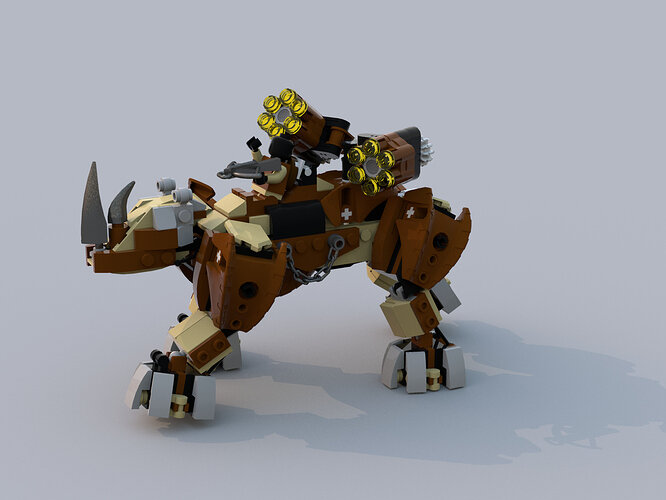 The Rhuaki also has a twin stud launcher that has almost a full range of movement, it may fall off if pushed too hard as the connection to the armour piece was a bit limited. This Rahi has got G1 armour pieces as a reference and I think they look very well placed, giving it a more organic look that the levers/pistons counter. 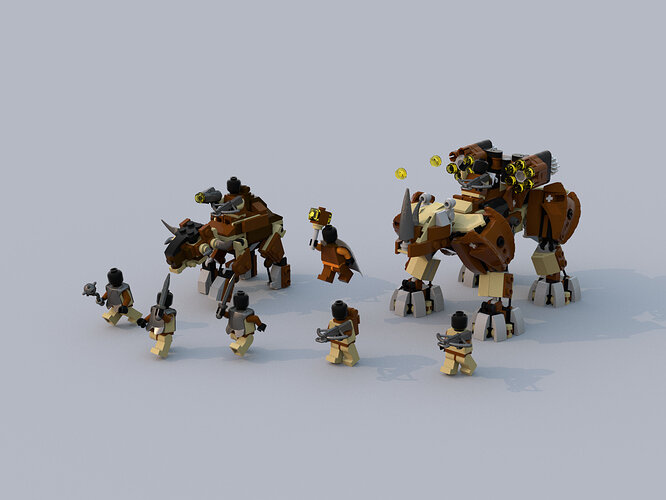 As always comments and criticisms are welcome

If it were to be a Lego set, however, I think they would probably want to have “conflict in a box” and have an enemy for them to face. Also, the minifgure count is probably too high; there would probably only be 3-4 “good guy” characters in a set this size, versus 1-2 “bad guys” on the opposing team.

Overall, however, I prefer creatures over vehicles in these concept sets since I feel like it makes Bionicle G3 more unique.

This set was designed as a large battle pack or 2 battle packs combined, as I’ve stated on the main G3 Civil war sets topic only larger sets should be conflict, smaller sets should be region based. I understand the whole conflict in a box idea but I want to push collect-ability and the idea of “picking a team”.

This looks really cool, but as Reese pointed out, it has too many minifigs, this Imo would be 15€, but since it’s lego we are talking about they’d find a way to boost the price to 50€

I think that, while to us it would be more desirable, Lego would most certainly have conflict-in-a-box.

The rhino’s colour scheme is a tiny bit schizophrenic, but it’s pretty solid overall. I really like the limb work that you did on the Mahi; I’m not sure how much we want to match it to Oomatu’s sketch, but it’s pretty cool! Nice work.

Dang this is also awesome, these battle packs have been so cool so far

I’m using the sketches as a base guide and then seeing what parts create the limbs, for example I’m looking at the skeletons of these real animals and trying to design those and then fill up around them. Work out what limbs have to move how and seeing how to replicate that.

That’s what I did with my Mahi, yeah.