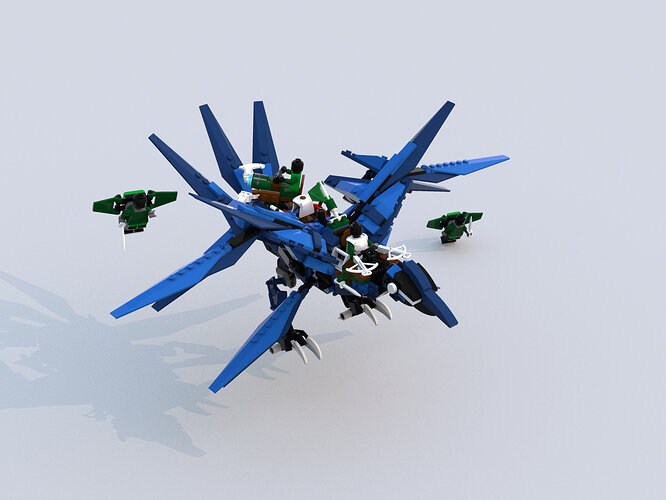 The set has 431 pieces, 4 minifigures, a turret and the Gukko wing gear function. The set was made from the original Gukko with wings modified and the back section modified for a turret placement and bomber payload (sadly it cannot drop them via function). 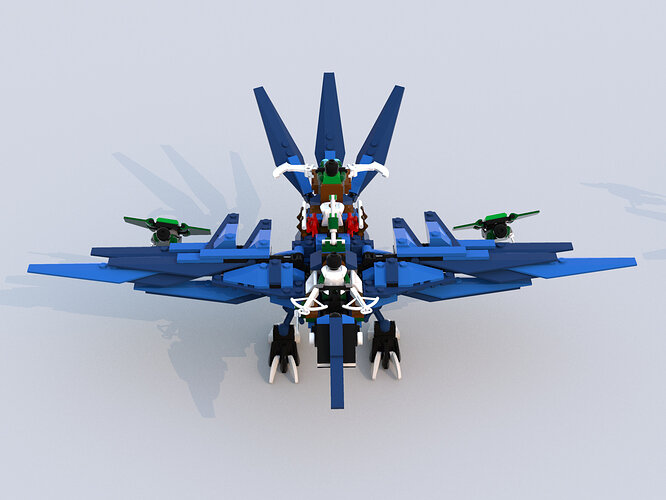 The rider sits on the chair at the front, wielding dual crossbows in aerial combat until ground combat in which one is given to the turret gunner and the rider would also wield a sword. The two other minifigures are called Knight Zephyrs and are this sort of elite Kanae warriors, my idea was to have them wear a sort of wingsuit on their backs, as the Gukko flies up during night attacks, the Zephyrs climb out onto the wings and then drop into a glide toward their target, using simple swords, the can use sneak attacks to distract the enemy or land within fortress walls. They’re basically gliding air ninjas. This group is very small as Kanae’s military is fairly ramshackle. 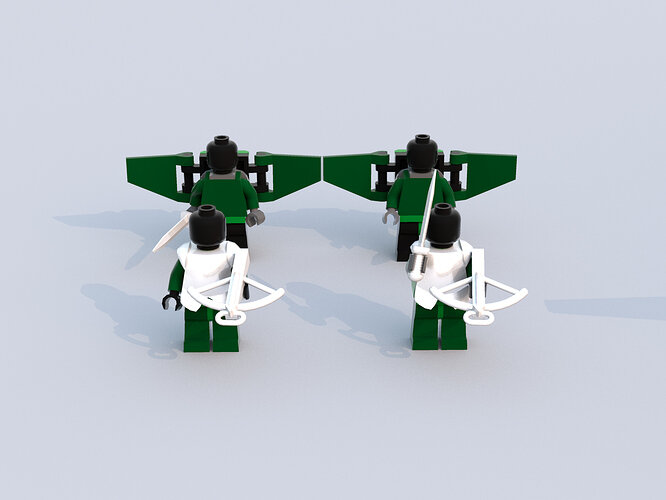 The armour for the Turret gunner is stored on the back of the Gukko, there’s also a cute little Kanae flag that looks cool. 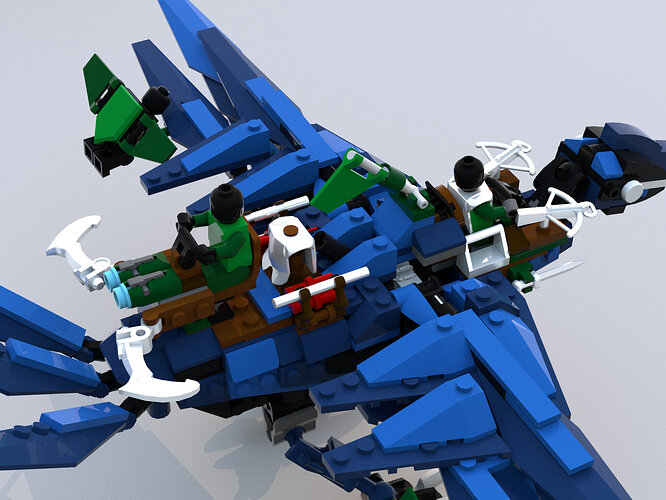 The turret is the same as the one on the dock design but has been modified for use on an actual Gukko during flight, here we can also see the Gunner’s armour and 2 bombs he can drop during flight.

Stealth variant of the Gukko

Lorewise, the Stealth Gukko was not meant to be an instrument of war, It was actually bred to be a larger and faster transport bird, being able to carry more cargo much, much faster. However the Kanaean (?) realized that their bluer and blacker birds were not attacked by Nui-rama as much as the more vibrant feathered Gukko, they could blend into the sky above them.

The Stealth Gukko was the first larger Gukko (Gukko-Ra) that had a black hue. The Kanaean military decided to look into using it as a prototype for aerial combat when Mangai and Ihu went to war, redesigning saddles and turrets, training pilots and the Zephyrs to use the Gukkos to enhance their gliding. By the time Kanae joined… They were ready with a small fleet.

I definitely agree with the thinking on the turret in the main thread, but I like the idea of a bomber. Not too much to say here other than that the Gukko is still amazing.

Other air threats will probably be concepted at some point.

Something they can do is have a heavily armored Gukko, that just drops in the middle of a battlefield, and use that machine gun turret to fire. Something like this: (minute 1:57)

Basically, the Gukko drops squashing some unfortunate souls, and the turret gun goes ham on the surrounding enemies.

Whilst I love this idea, I’m under the impression based on the artworks we have so far and from the previous generations, that technology isn’t that advanced. Yes they have the stud launchers, but I consider those to be powder based weapons, like a musket or flintlock pistol.

I’m going on what little technology we saw from G1 Mata Nui, that with a little thrown in from G2. Perhaps the idea could still be put to use with the Knight Zephyrs?