So as the more obserbant of you might have noticed, there haven’t been many posts from Kardax on any LDD things or any G3 set concepts at all. Well there was a reason for that, 11173 reasons for it actually.

Recently I was working with @A2B2C2 on his story idea “The Legend of Vakama” which I co-wrote (Which I guess is fair to say?), I had a great deal of fun coming up with ideas and pitches and one of those was that the Toa team then, had trained so hard and become so powerful during their fight with the Kanohi Dragon. This is some art of those Toa, going full strength, nothing held back against the Dragon, the Dragon isn’t shown as it’s still very much a WIP.

So enjoy these diorama-ic images of Lhikan, Orde, Lesovikk, Jovan, Chiara and Zaria… 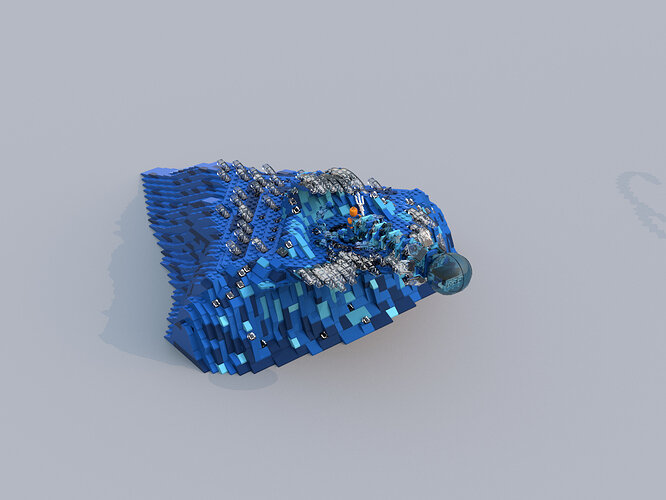 Orde unleashes his elemental powers, the once simple fisherman now riding the tidal wave, blasting the Dragon with torrents of water as the waves batter it’s legs. 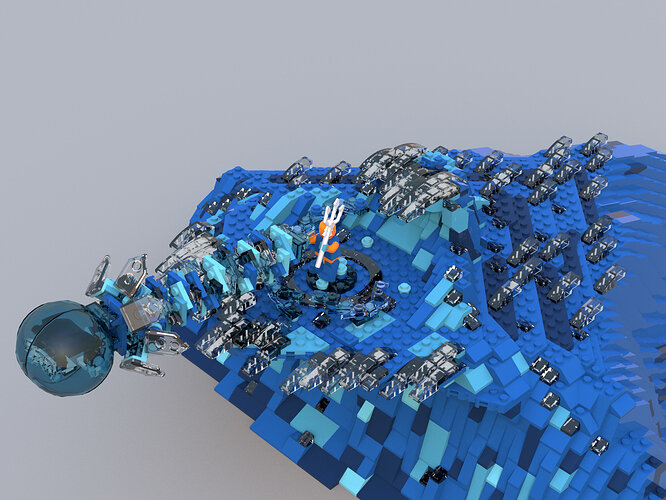 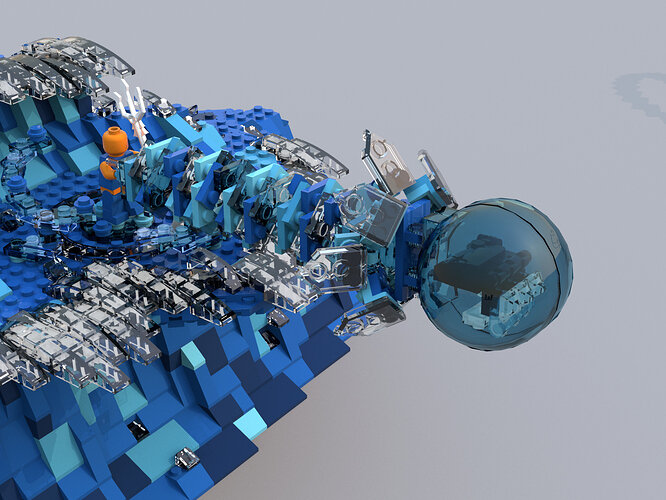 View of the fist 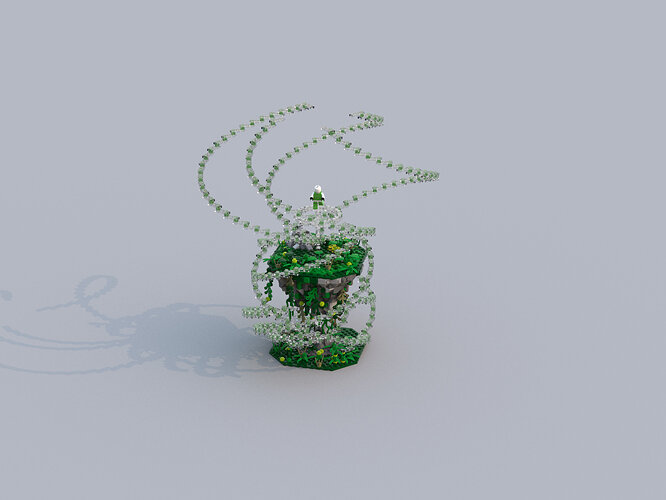 Lesovikk unleashes his elemental powers, levitating a small island and unleashing hurricanes of incredible speed at the Dragon, buffeting him with the forces of nature. 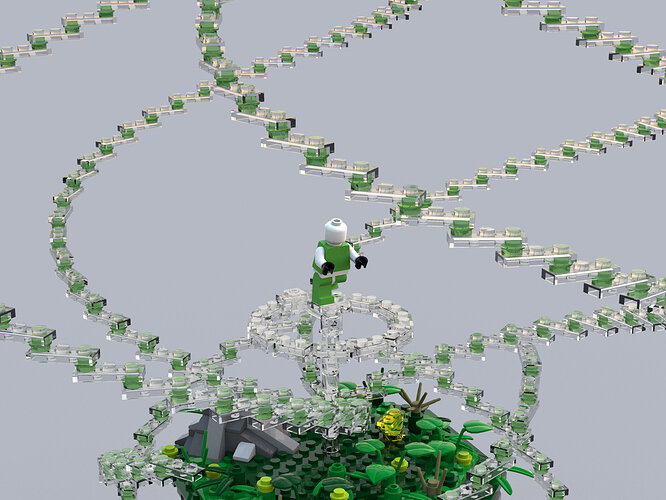 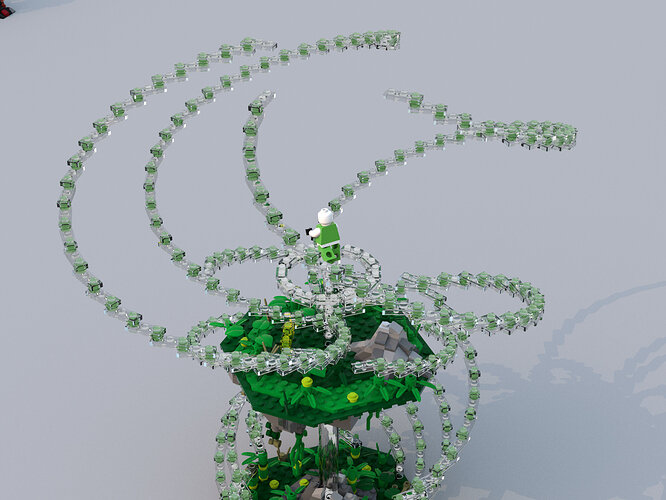 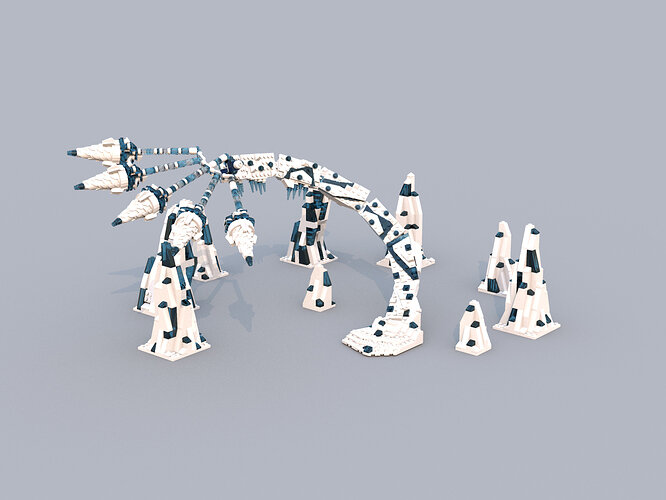 Chiara unleashes her elementals power and the Mangaian landscape freezes around her, she runs up a slope of ice and unleashes volley after volley of icicles in a blizzard against the Dragon. 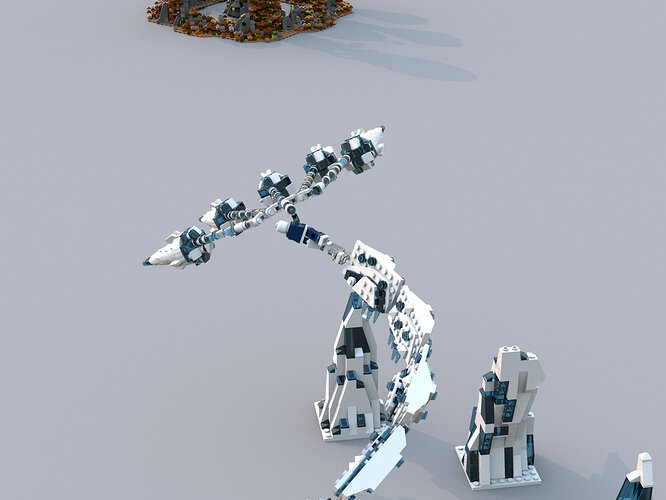 Back view ft. our next Toa 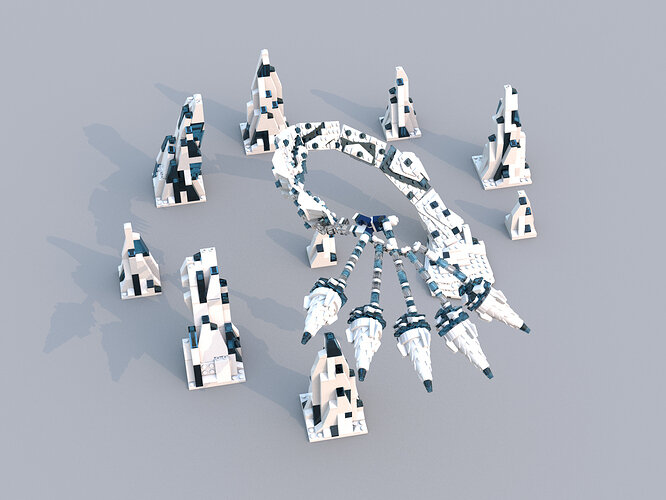 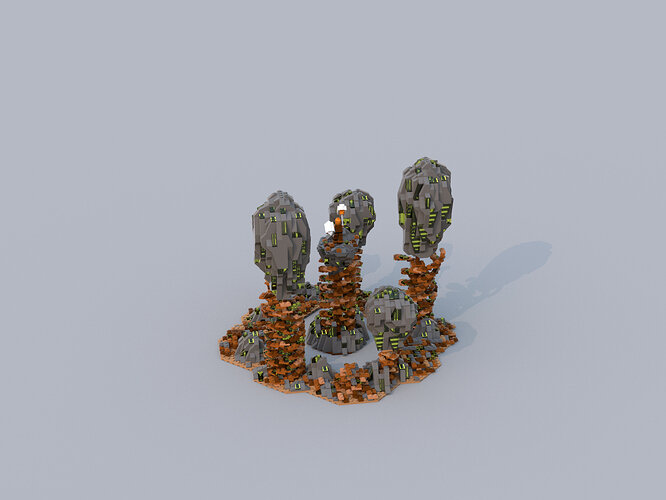 Zaria unleashes his elemental powers and raises the stones and sands from the ground of mangai, in the center of a sand storm, he hurls massive boulders at the dragon. 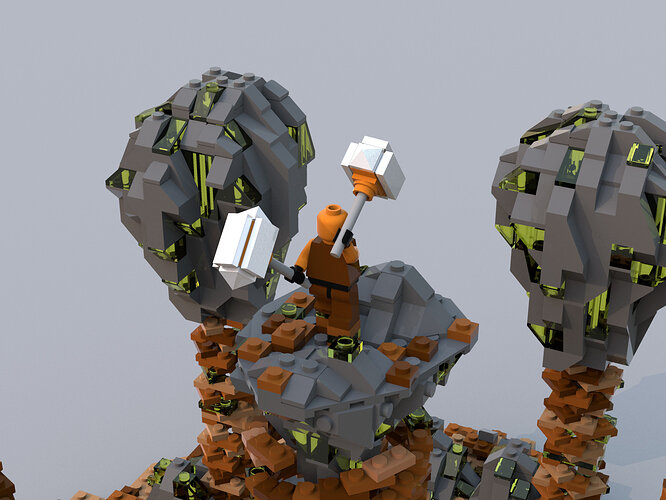 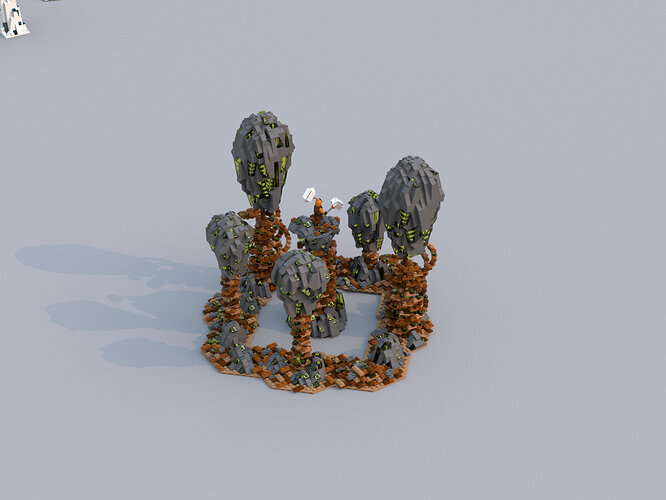 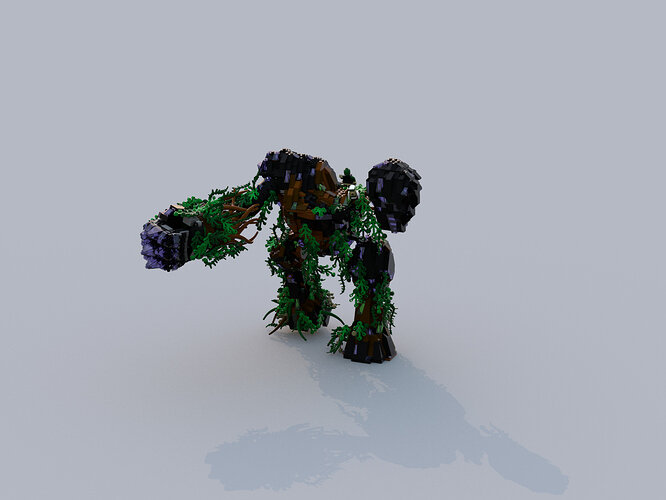 Jovan unleashes his elemental powers, creating a massive golem of Earth bound by branches and vines and launches a ferocious melee against the Dragon, bludgeoning it with fists of earth, wood and crystals. 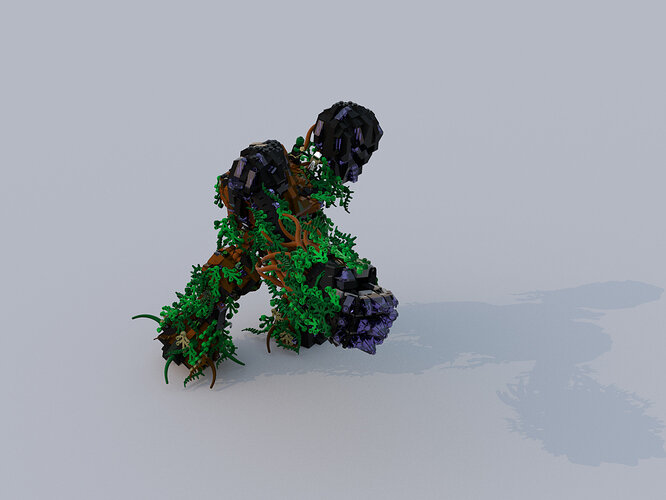 The money- I mean fist view 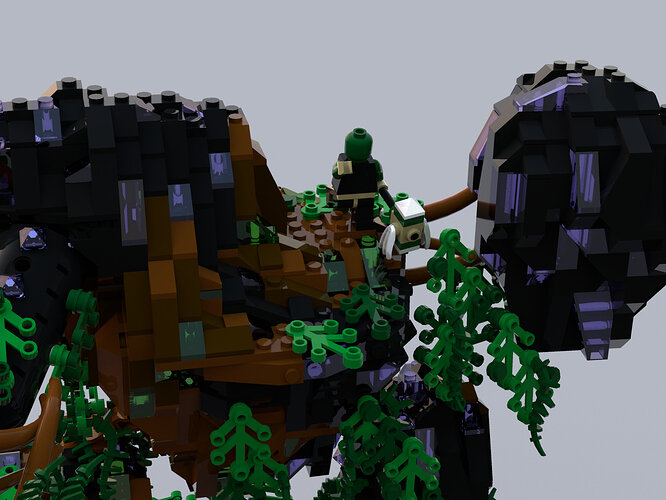 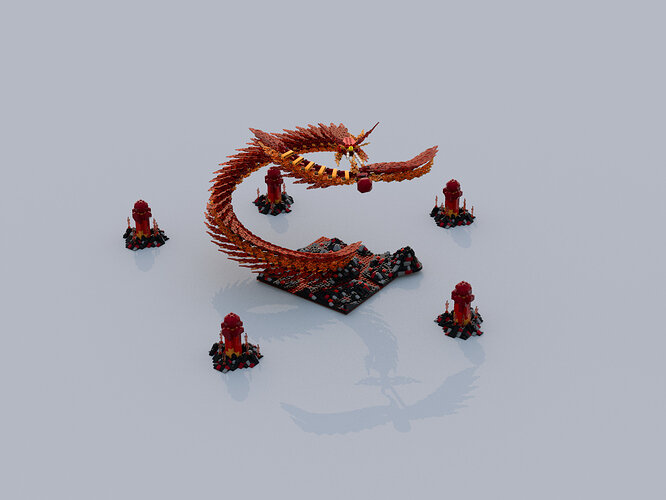 Lhikan unleashes his elemental powers, the ground splits around him and magma fills the cracks, boiling to the top, powerful spouts breaking through the ground as he blasts into the air on wings of the phoenix, firing waves of flames and lava at the dragon. 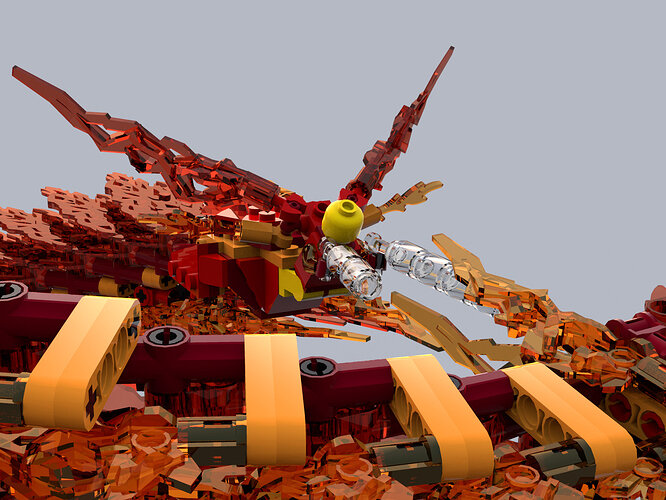 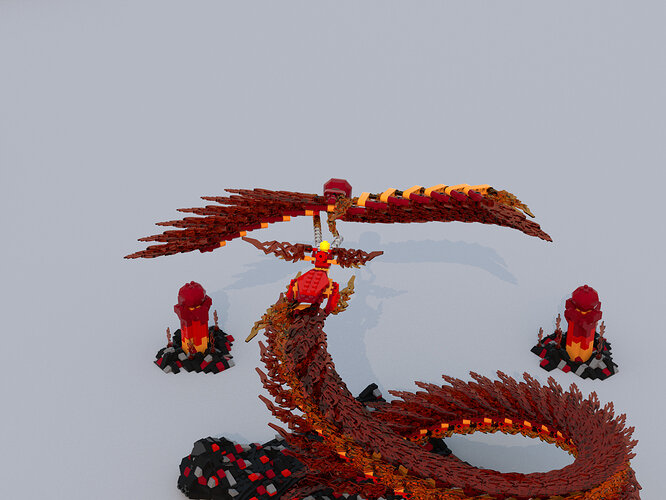 This project is not to show sets, it’s art, dioramas, the stuff you’d see in a store or at Legoland. I created these will the sole purpose of showing how awesome the Toa look at full power and what they could do at full power.

As always, comments and criticisms are appreciated

Mate, that’s really quite stunning. I was actually toying around the other day with “Ultimate” Toa sets, like those NEXO Knights ones, but I’d never have envisioned something like this (yes, I know they’re not sets).

I can definitely see $10 “Ultimate” sets including a specially printed Toa minifig with some elemental energy accessories and such. Great mocs by the way, this is some of the best digital building I’ve seen to date!

These are the best Brickonicle MOCs I’ve seen in a long while.

My favorite are tahu and onua but they are all amazing

These look incredible. A veteran Toa at full power is truly a sight to behold.