(Game) WAR OF THE MOCS

So, I thought about creating a game similar to the “Battle the user above you” topic, but instead of that, people post their MOCs in an attempt to defeat the MOC of the previous user.
This game won’t be about who had the most well-built or good looking MOC, but rather, who would have the most powerful in-universe fighter.

For Example:
I have summed a MOC if mine and it attacks all Message Boards users! The next player needs to post a MOC of theirs (or even a random MOC they found online, it doesn’t matter) that they think could defeat my MOC in-universe, and we go on like that.
Ready?
My abomination, THE FROST BEAST, has been unleashed upon the Message Boards! Someone needs to find a MOC that can defeat it! 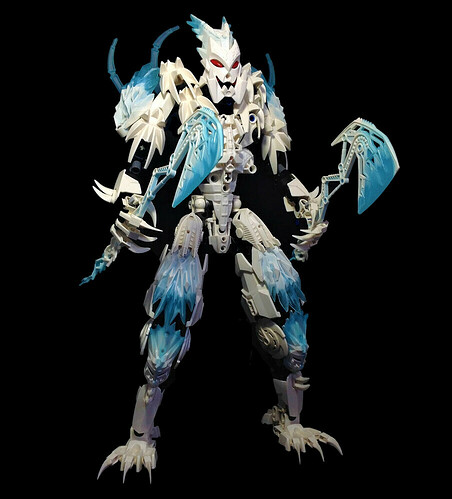 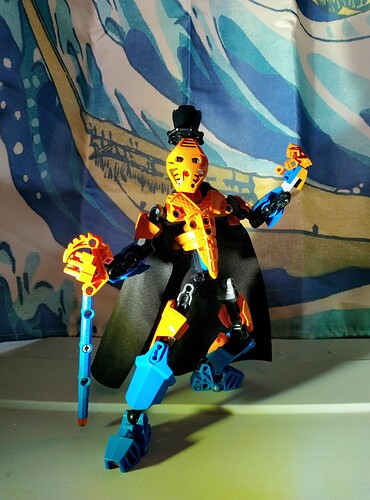 behold!
mr.zork who is not sure how to feel about this topic

When attacking, you should also describe what powers your MOCs has and what fighting style it would use in order to defeat the previous MOC.
Your MOC looks like a cunning conman, maybe it will somehow trick my MOC into surrendering or something.
Get as creative as you can!

This moc by @MSEP can punch Frost Beast to death: 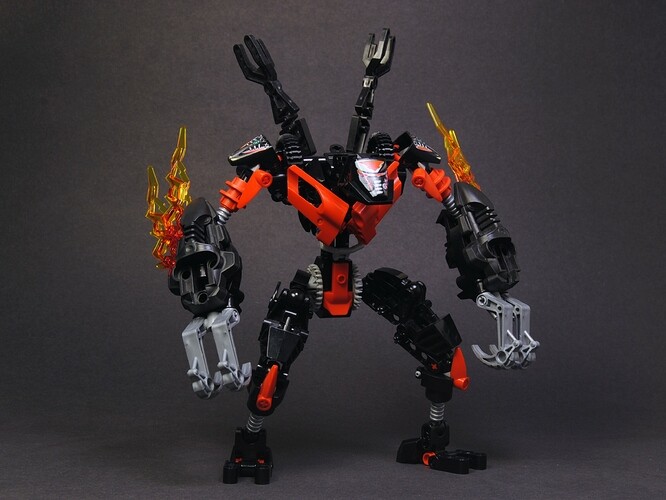 My Troll Warrior can easily destroy your pathetic Slizer with just one hit from his big club! 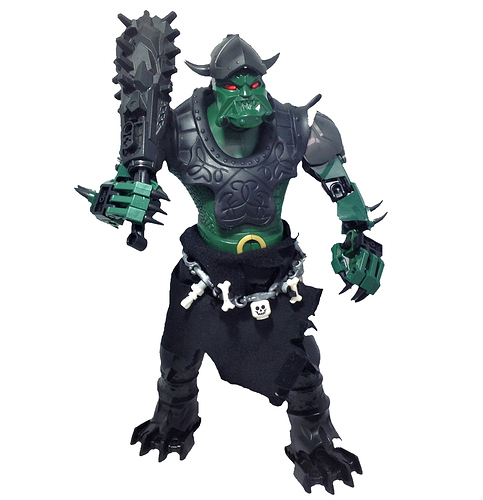 That club wouldn’t even faze this Toa of Gravity, made by @Hazash ! 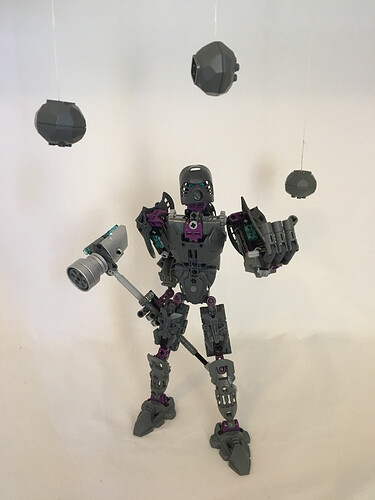 HA!
those painted masks are no
match for… 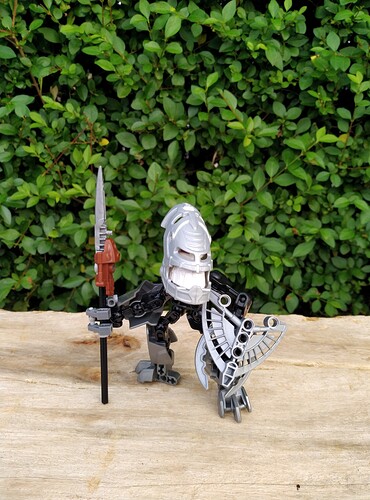 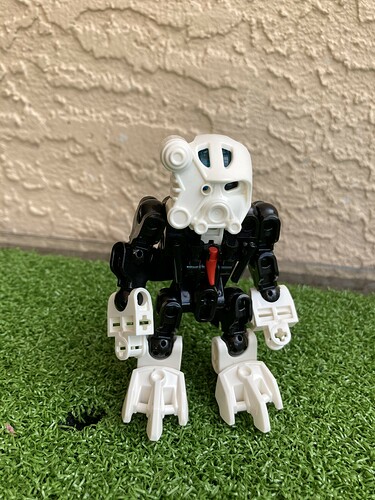 dash!
but ghid has no more emperor powers, so he will fall to 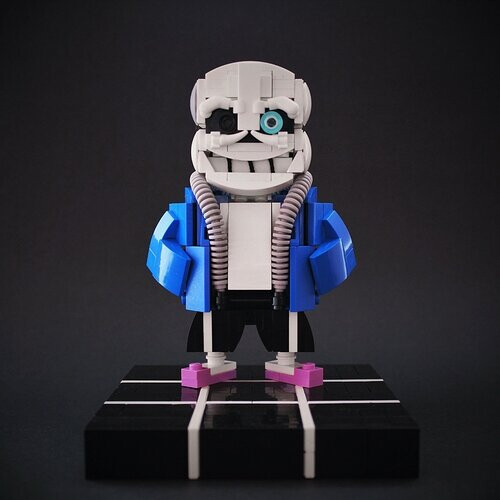 bionicle sans!
made by @Jayfa

well the only thing that could go against @Jayfa is something made by him, so: 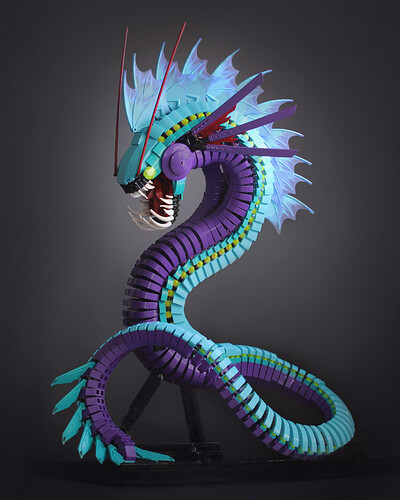 only one thing for it! 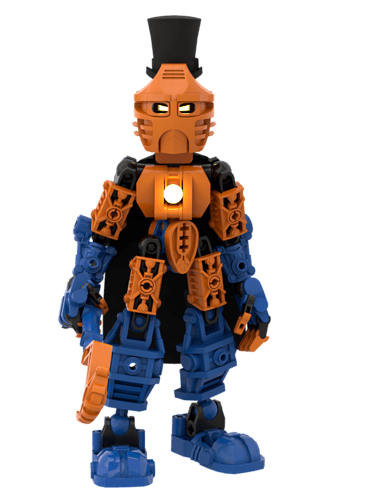 Behold, my self moc! 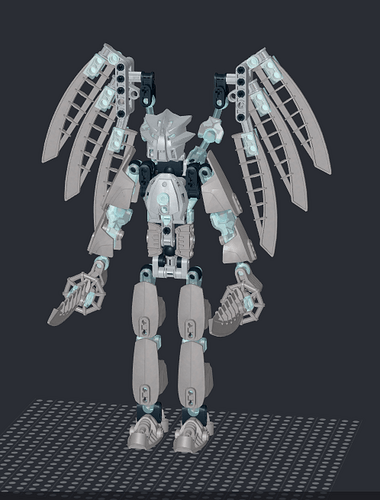 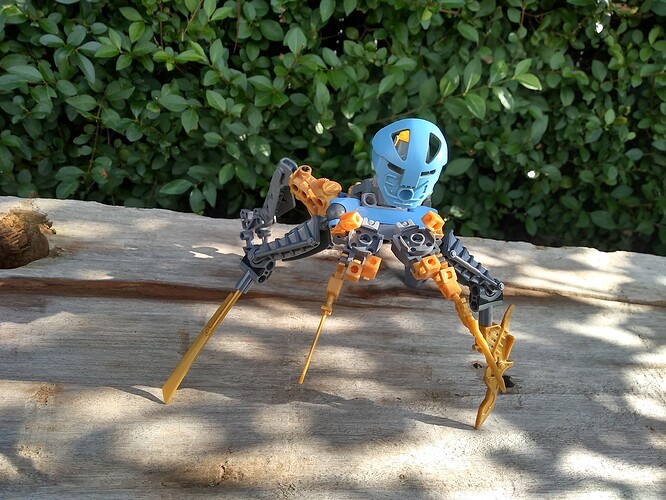 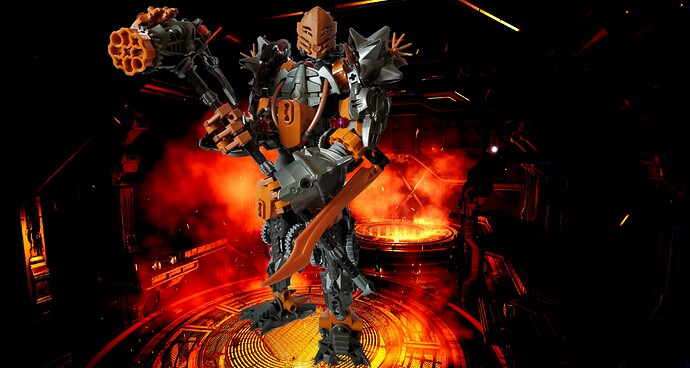 He confuses Zaria with riddles, then brute-force rearranges him into a decorative lawn ornament. 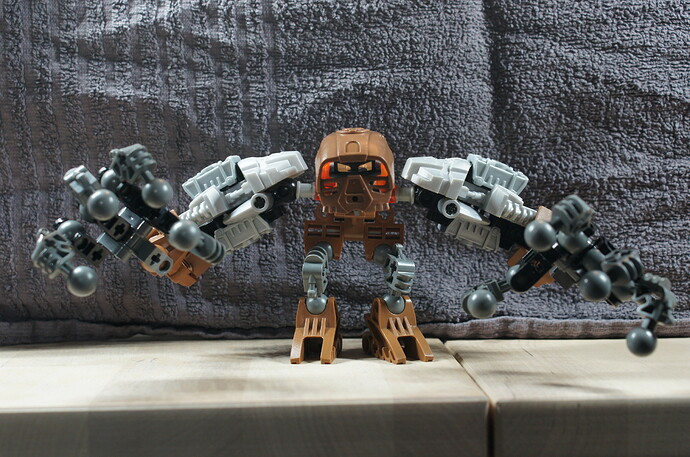 drat and figs!
spider menduce was one of my best soldiers…
go! 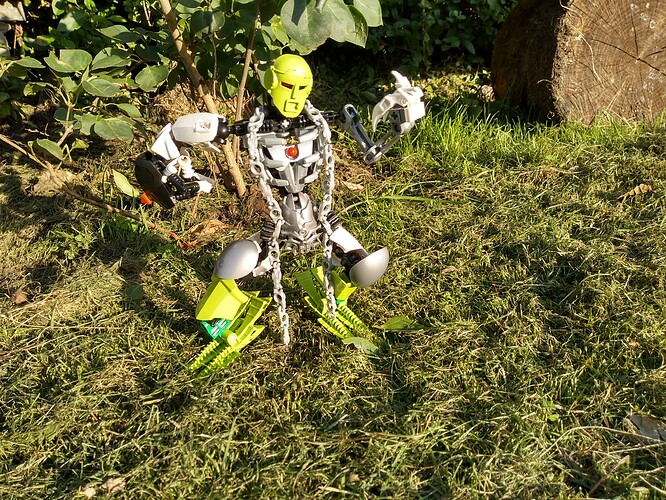 If we’re doing mean and green then I’ll have to have Mangle show him how he got his name.
(Fan of nuva armor in the makuta chest, never seem that. May be stealing that.) 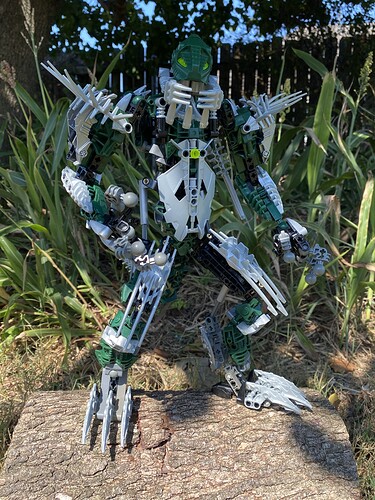 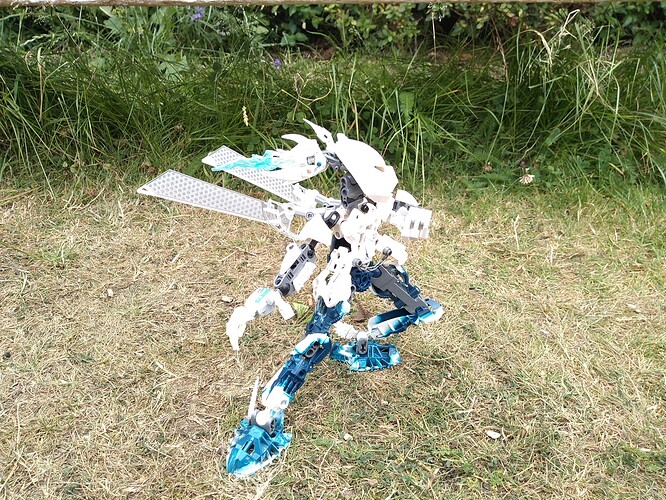 Hovervahki Nidhiki is faster than mere lightning. Utilizing the power of technology he leaves everyone to choke in his dust. 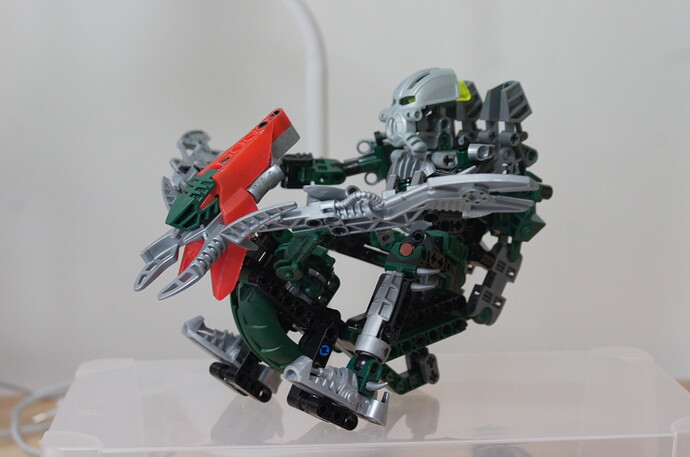