Ten years have passed since Team Try has taken claim the championships, the overall champion, Sekai Kamiki has recently declared his retirement. Alumnus of the Gunpla Academy and ace of their team, Wilfrid Kijima, has declared himself to be returning, due to his absence from the previous world tournament, though he is angry at Sekai for abandoning this tournament. He isn’t the only bg face around, rumor has it that the fourth Meijin Kawaguchi has also thrown his gauntlet into the arena and Lucas Nemesis has returned with his latest creation the Barbatos X-4 Crossbone. Akira Suga has also returned with his improved Gundam Delta da Vinci. Lastly are the Shiki brothers with their unique gunpla. The only question on our minds now, is who will take the title of champion? It’s the dawn of a new champion.

The Regional Tournaments have just been completed, and you have passed through the regionals and are making you’re to the American National Tournament, in order to make to the World Cup.

The National Tournament was upcoming, fans roared as the day drew near. It would start in the next two days, and hype was only building as they waited.

The regional tournament in Japan was already starting and the Team Celestial Spear was dominating their opponents, the runner ups from the last tournament, were fighting just as strong as before.

The 4th Mejin’s team, Delta Storm, is also making much headway with the appearance of Akira Suga on their team and his new Gundam Delta da Vinci, though the real question is when Akira Suga moved to Japan.

The storm of Gunpla rages on. Set your GP base! 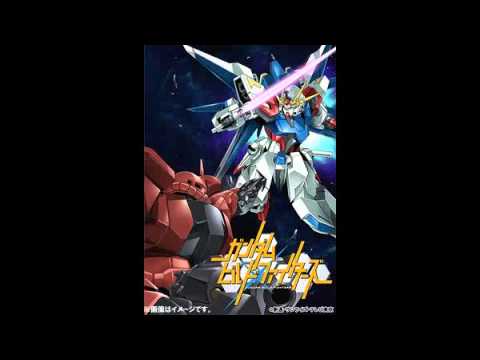 Lacey and Harvey sit in a room, their gunpla standing on a table between them.
“We need one more person on our team…” Harvey said. “Right?” Lacey nodded in reply. “Yeah. Maybe someone signed up between when we got here and now?” She mused. Harvey nodded and shrugged. He reached into his backpack and pulled out a small box.
“While we wait, I bought a couple Haros to build.” He set out several boxes, each containing a Haro. “You could build a few, if you wanted.” he told Lacey. His teammate smiled. “Oh, well, sure.” She moved her Sazabi Rewind to the side and got out her tool kit.

Rick Morgan walked around the complex, looking for his teammates. “Come on, guys, where’d you go?”
@MichaelTheLightBringer

OOC: yes, or you could ask another player, or me, to control it if you wish.

IC: A gunpla enthusiast leans over looking at a row of gunpla boxes. It was all GMs. He loved GMs, they were his favorite Gunpla to build.

IC:
George walks by him, accidentally bumping his shoulder. “Oops, my bad!” He said, as he hurried towards Lacey and Harvey.

The enthusiast looked at the person who bumped him, shrugging, then turned back to the GMs.

Raya finished painting the custom backpack, answering a knock at the door as she let Sara in “just in time. I just finished the mods.” She laughed, showing her friend the custom hyakuri. “I tried to modify it so it could be used on all terrain so well just have to see.”

(@meepinater) Ryan and Logan where at the training simulations in their base, surely if he walked around more he’ll find them.

Today, it was a special day, however, some decided to start that special day with a little bit of tense training.

Barbatos was dodging the attacks coming from three Gundams, he moved with incredible speed dodging the shots, he took out his sword mace, having it above the ground as he speeded towards them with his thrusters.

With one swing of his right hand which holded the mace sword he slams into the Gundam destroying it’s body frame as it lay on the ground.

Barbatos then held his mace sword backwards as he stabbed with it right in the Gundam as he took it out and then throw it on the last Gundam stabbing him right in the chest frame.
The three Gundams lay destroyed underground with smoke coming out of their wounds, Barbatos standing tall he walked towards and took the mace sword of the Gundam.

Ryan was working on some designs, but that stopped because Logan’s show took his attention.
“That’s right, Logan.” he spoke to himself. “You take anyone which stands in your way, doesn’t matter who, and because of that we will win, because I am counting on you…right, Logan?” Ryan said, looking at the huge monitor display.

Out of the ground came a big Gundam, he was bigger than the normal ones, normally it should have been a surprise for Logan but it wasn’t
His grip around the Mace sword tightens. “Are you ready, Barbatos?” he asked, Barbatos’s eyes glowed green in response.

Barbatos charges at the Big Gundam, he leaps in the air with his sword mace holded both in his hands, he swings a devastating blow to the chest, but it’s blocked by the Gundam’s Axe, the Gundam then swinged an attack with his own with his other axe.

Barbatos blocked it with his sword mace, he then sidekicks the Gundam to the face, causing it to stagger as it’s head snapped to the side.

“Because, no matter what. We’ll be there for each other and we will win.” Ryan said.

Barbatos does a backflip and flies away, but comes back with incredible speed at the Gundam and with a swing of his mace sword it slashed throw its head and right through its chest.

Barbatos’s eyes glow brighter than ever with green as it stood victorious.

Clicking could be heard from a workstation marked white banners with three bullets on them, muffled voices also showed that people were speaking but not loud enough so that it could be heard through the workshop.

Rick entered the room.
“Hey. Sorry for the wait, I got lost.”

Rick might notice the huge monitor display and see Barbatos.

Rick nodded.
“Training?” He asked. “Good idea.” He lays his briefcase on a table and takes out his MS. “Mind if I join you?”

Rick nodded, and entered the simulation.
A black MS appeared, with a blue crest and yellow highlights. It wielded shoulder cannons and a large, modified Dober gun.
“Alright. Bring it.”

“Sure,” Logan said. Barbatos’s eyes glowed green and in just a blink of an eye charged at him with his thrusters in zigzags, Rick might notice Barbatos was faster than before.

Rick grinned. He pushed a button, and the Tallgeese Medallion began to spin around, fire spurting from ports in it’s body.

Barbatos dodged the attacks as it speedly hovered in zigzags, he reaches Medallion and with a swing of his sword mace he started to bash at him.

Tallgeese activated its backpack, and it rocketed up over the attacks, landing behind Barbatos. It raised its Dober shotgun and fired, a large spread of bullets approaching Barbatos.

Barbatos quickly turns to see the attack, he jumps over the bullets reaching Tallgeese in the air as he slammed the mace sword at his chest.

Tallgeese flew backwards, avoiding the mace. A shield unfolded from its left arm, and it fired another shot. Its shoulder cannons began to whine as they charged up.

Barbatos counter attacks the shot with his sword mace, he spins and strikes at the side torso of Tallgeese