GBWC: Sunrise of the New Champion

Honestly it nearly what I have for Markson’s Gunpla, minus the Twin Drive System, though his Variable system might make up for that.

I tried to make him fair so yeah…I could have done more but I held myself back and if there is a need…well I’ll break those chains.

~Pilot/Builder~
Name: Aaron Rivers
Team: Steel Fangs, main builder and secondary pilot.
Appearance: a younger teen, around 16, wears a Zaku II ■■■■■ religiously and favors a pair of sunglasses
Bio: He’s been building since a young age, and often does repair for the Gunpla on his team and often keeps spare parts for their Gunpla. 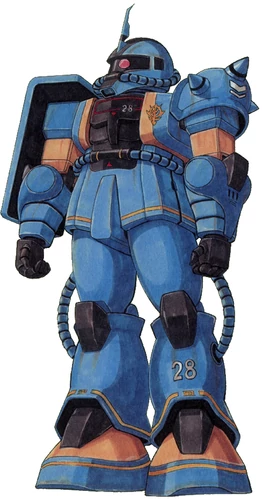 [internet points to you if you know the original pilot of this Zaku II]
Model Base: custom, derived from the Zaku II Commander Type
Abilities:
Plavsky is Redundant; a system that covers the MS in Plavsky Particles, increasing the defense by repelling low impact weapons (like bullets) and most particle blasts, though melee weapons are not stopped easily, more slowed than anything.
Weapons: Heat Hawk Type 5, Cracker Grenade, 175mm Recoilless Rifle, Twin 280mm Zaku Bazooka, Shoulder Shield.
Weapon Abilities:
Heat Hawk Type 5
An axe-shaped close combat weapon, it uses a super-heated blade to cut through the armor of enemy MS or vehicles. The thermal energy is generated by the power output of the Zaku II’s thermonuclear reactor and relayed through the MS’ hands.
MIP-B6 Cracker Grenade
Identical to those used by infantry, the cracker grenade is an explosive weapons designed to be thrown or launched by the MS and detonate after a set amount of time. The “cracker” breaks into several smaller munitions over a wide area. The Zaku II can optionally equip up to four cracker grenades, that are stored on the left and right waist armor racks, with two on each side.
ZIM/M·T-K175C 175mm Recoilless Rifle
The main gun of the HT-01B Magella Attack main battle tank, it is remodeled as an MS artillery weapon. It is mainly used for long distance attacks in ground combat, and can be loaded with HEAT or APFSDS rounds.
Twin 280mm Zaku Bazooka
A weapon where two 280mm Bazookas are combined into a single weapon, allowing for higher offensive power. The twin bazookas fired explosive rounds that were quite effective against the armor of Earth Federation mobile suits and battleships.
Mounted on the right shoulder, it is a simple defense used to block most incoming physical projectiles.

Oh so that get’s a like but my beautiful Blue Qan T Aqua doesn’t?

The Qan-T is blue though. Those are basically the original colors

I couldn’t find any custom repaints…so

What colors do you want me to find the Qan T in?

If you can find a red one…that would be great. 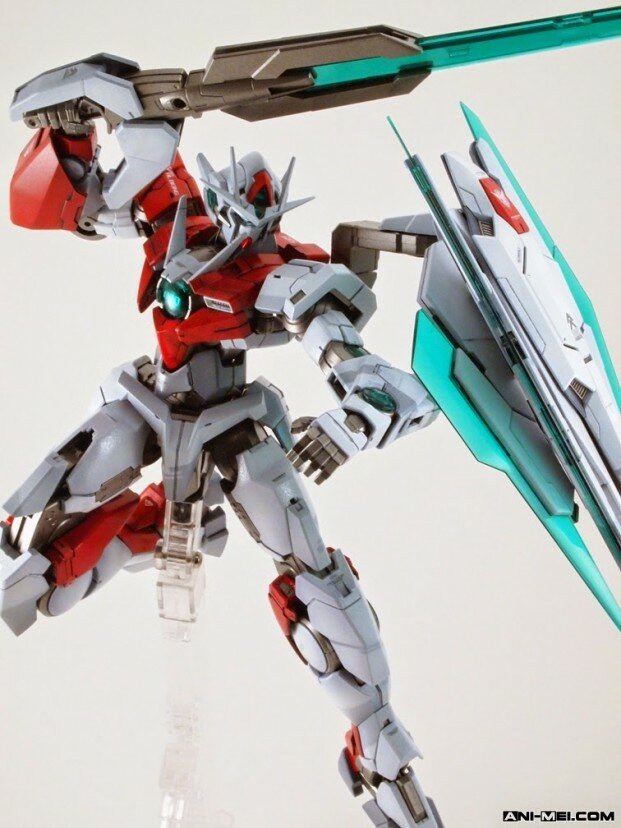 H-h-how? How on world? Thank you very much!!

Is this still open?

And no it closed a while ago.

LBX is a series, where models kinda like gundam, are built around robotic frames.

In the series, in 2040, this kid (Who is the main character),his dad invented LBX or Little Battlers eXperince, little remote control robot warriors for kids to play with, but they turned out to be too dangerous. Then they invented Fortified Cardboard, a kind of nearly invulnerable cardboard, which they used to make battle arenas, to keep the kids safe. LBX swept the globe, and kids everywhere are playing with them.

Here are some of the models. 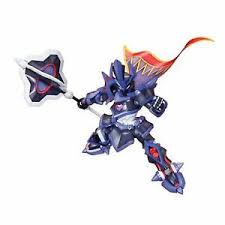 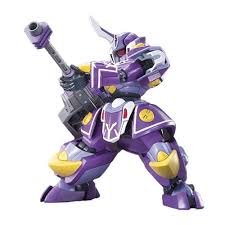 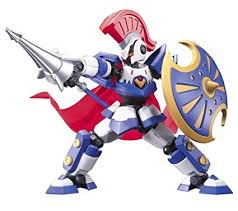 sounds a lot like Gundam Build Fighters, which is a Gundam IP that this RP is heavily based on.

which is a Gundam IP that this RP is heavily based on.

Not an original idea by any stretch, but LBX come out first with a PSP game in 2011, that grew into what it is today. (I have the 3DS game). It has an anime, a 6 part manga series, (whihc is admittedly crap), and of course, models. Little Battlers Experience (ダンボール戦機, Danbōru Senki, lit. "Cardboard war-machines"), is a series of action role-playing video games created by Level-5, involving small plastic model robots known as LBXs (standing for "Little Battler eXperience") that fight on dioramas made out of cardboard, with the main character setting out to battle against LBXs created by other characters. The first game of the series was released on June 16, 2011 for the PlayStation Portable and has expanded to six official g...