Hey there AGAIN! I am here with a brand new self-moc! This is Ghabix, the self-moc of my cousin. He is my very first green moc!
I really like his backstory. Ten years ago, Ghabix fought with his brother, Antifall, in the Okotan Civil War. He left his brother on the battlefront, because he know that the war will destroy the island. His armor was crashed. He go to his cousin, Vladin, who gave him new armor.
In present, Ghabix was the first Toa Who entered in Vladin’s team, the Toa Epsilon. 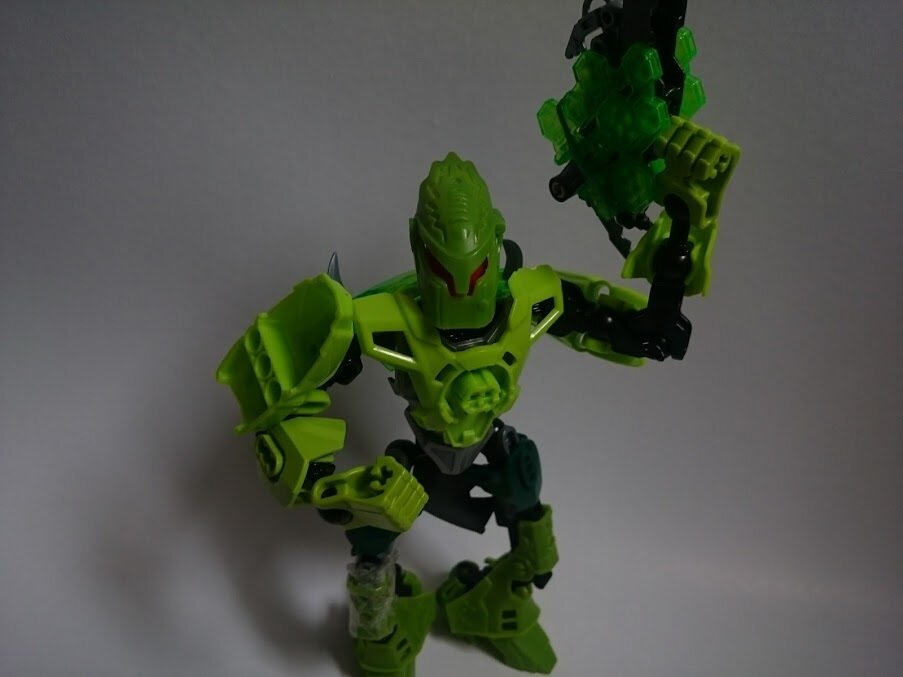 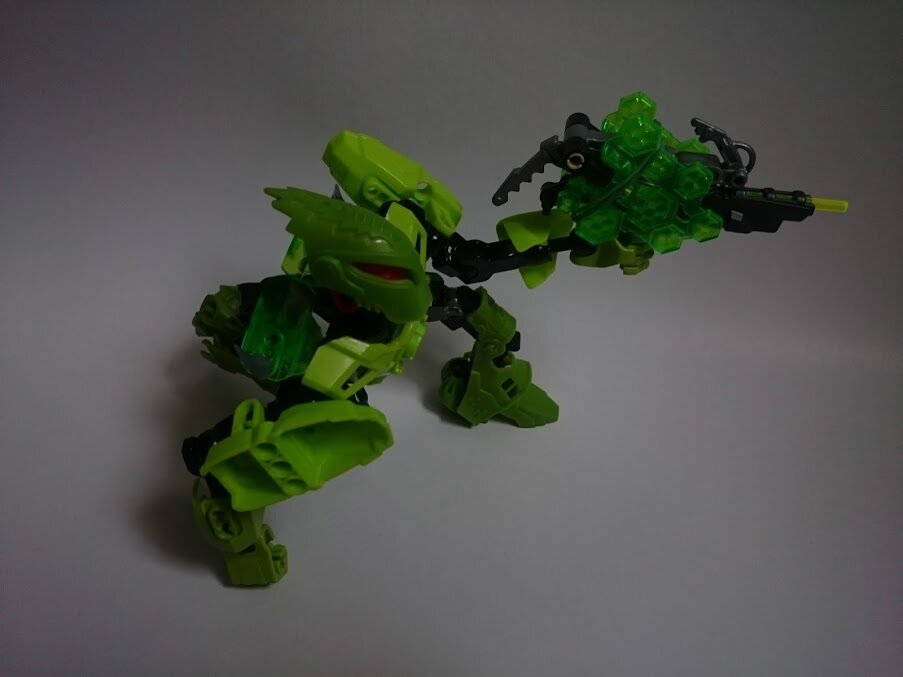 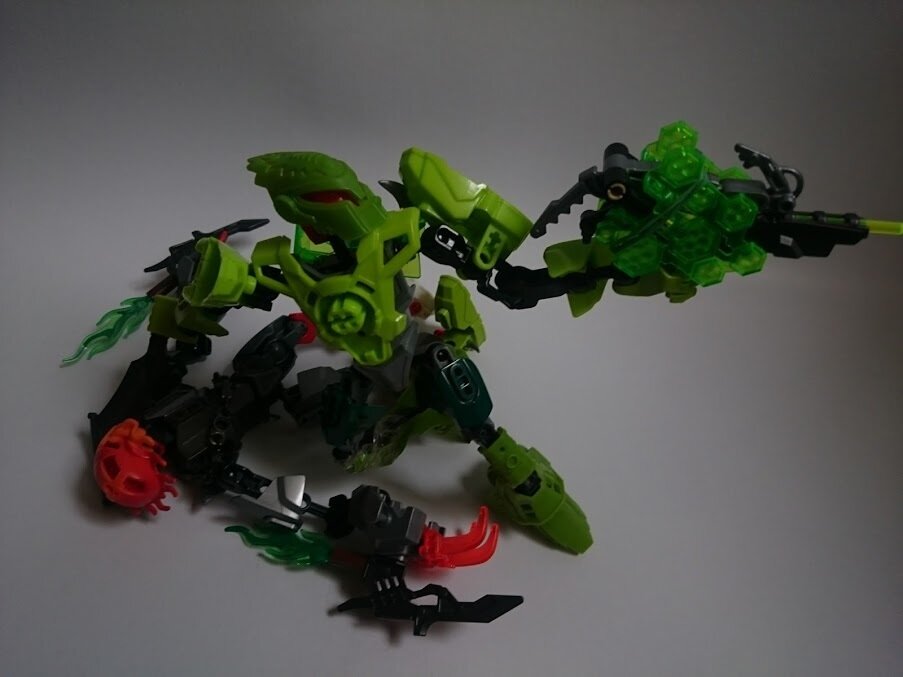 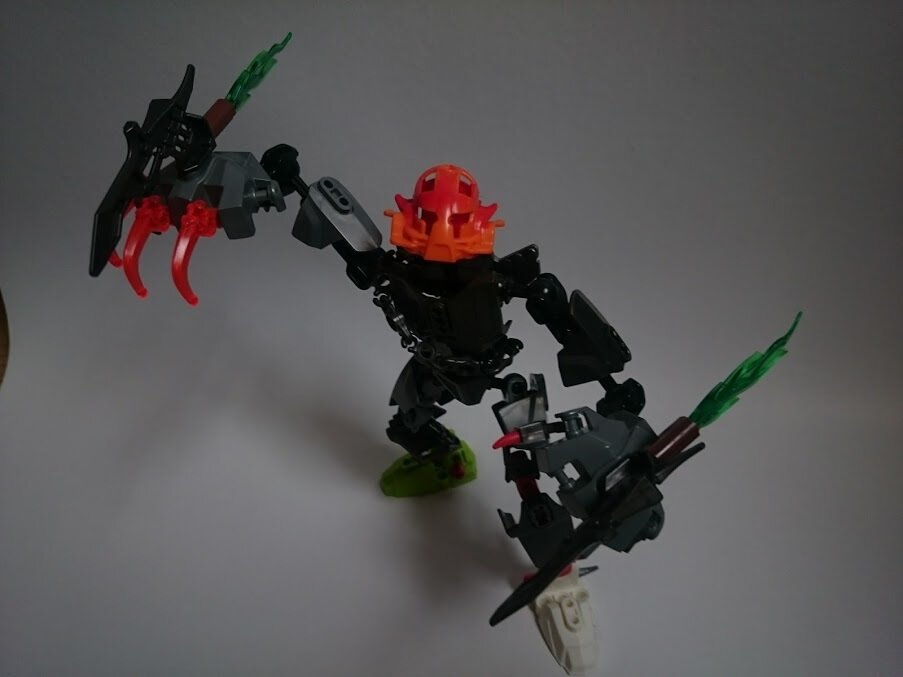 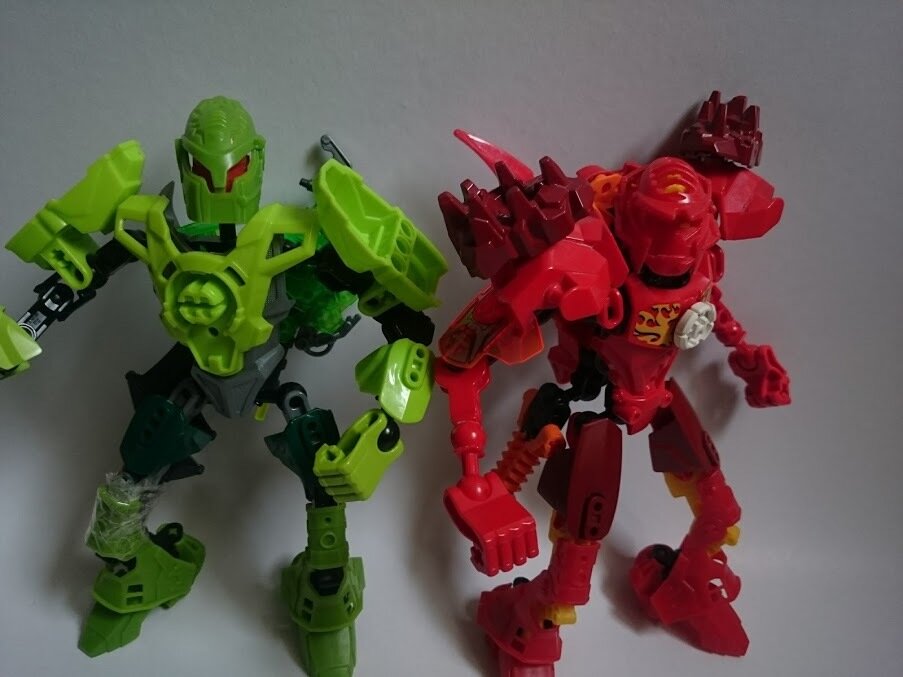 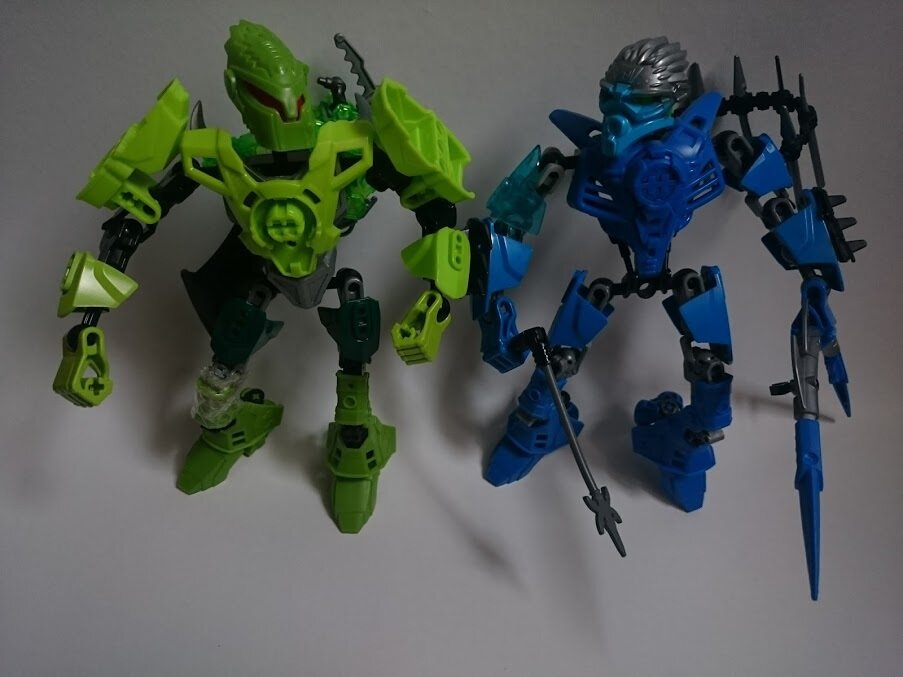 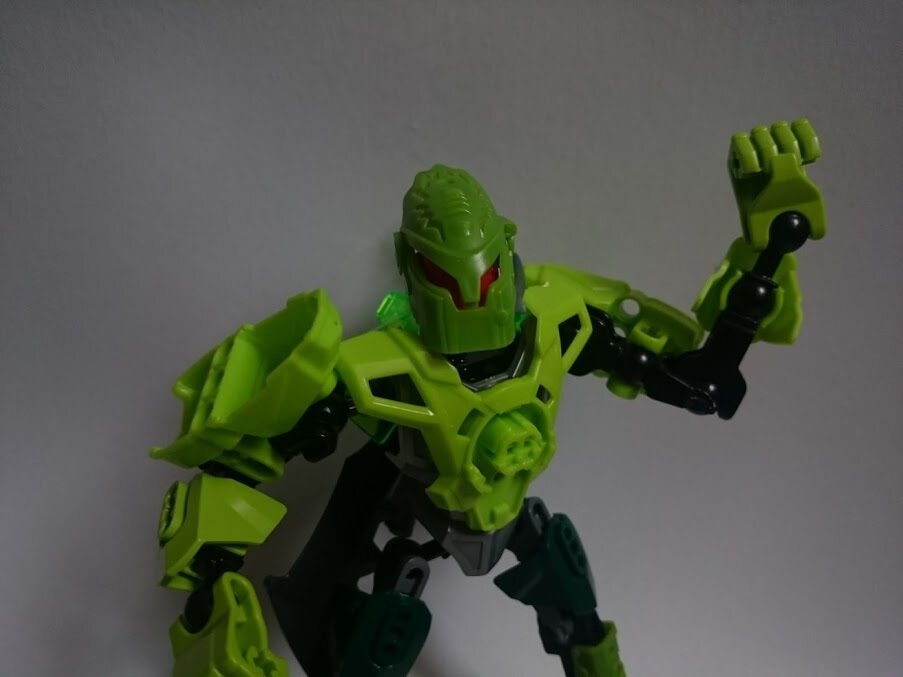 Well, it’s a simple build, but it looks good visually.

I thought that nobody will enjoy the legs from the arms.

Neah… I don’t have other green armor pieces.

Looks nice he pictures are kind of dark