What are some comic book characters(Heroes, neutrals, and villains) that started off promising but over time became bland, boring, uninteresting later on down the road.

For me, the biggest example of this type of thing happening is the first X-man, Cyclops 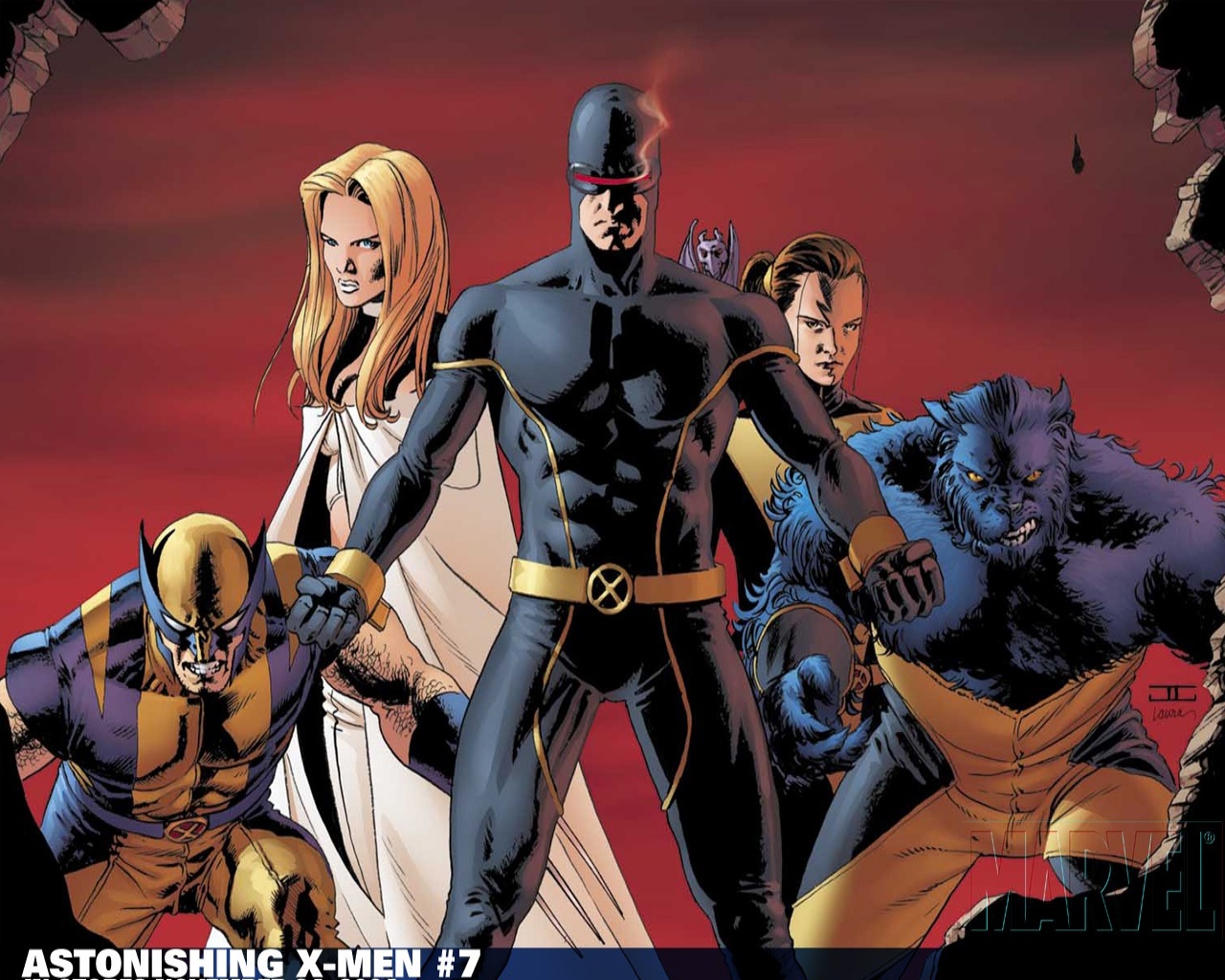 He was an amazing character who doesnt have the most interesting powers but had a set of ideas and morals that made him a "boyscout" that I loved... Then Schism happened, and after that A v X took place turning the leader of one of the biggest superhero teams into an unlikable jerkwad(censors are a ■■■■■). Finally Uncanny X-men took place running this character into the ground and making a caricature of his former personality and ideals.

Plus his redesign is atrocious, so what about you guys? Any characters that you loved get mauled by horrible writers and dumb editorial mandates? List them off below.

Three words: One More Day.
(That being said, I still do like the stories that came after OMD, but still. I mean, Spider-Man made a deal with Satan. Come on, guys.)

Barbara Gordon.
The first (second) Batgirl, she brought a liveliness to the Batfamily that was only matched by ■■■■ Grayson, the first Robin. Then the Joker shot and paralyzed her, and she became Oracle. Oracle was a great character, that really meant something. Whatever has happened to you, you can still do great things. She became a vital support to the Justice League, and heck, she was even going to get married to Nightwing!

Barbara never dated ■■■■, she's no longer paralyzed, and she's Batgirl again. Sure, that's a little disappointing, but it's not like she's a completely dfferent character now.

Then the new creative team took over, and we got "The Batgirl of Burnside" where they made her act like a kid, with little to none of the maturity she'd gained over the years.

@Dorkpool
After one more day and before Secret wars, only good Spidey stories are Totems, Superior Spider-man and Spiderverse.

Peter making a deal with Mephisto is so BS, if Aunt May actually died the character would've grown more but nope take away Mary Jane and all the cool potential stories.
Worse is that it happened right after Civil War

if Aunt May actually died the character would've grown

Well, she did die once. But that was revealed to be some sort of actor hired by Norman Osborn to mess with Spider-Man.
...the 90s were a very odd time for comics.

Marvel, which is my favourite been reading it since I was a kid, is turning into crap. The quality is going downhill and so are the characters.

Tony Stark was a notorious drunk who lost his company to Odiaban Stane. AT that time his friend James Rhodes become the Second Iron Man.

I haven't read any of the recent ones, how bad is it?

Bad, so bad I stop collecting marvel all together. We have from the comics from the 60's-2015 and we stopped collecting them now.

good lord... at least we have the movies

The MCU is awesome

I'm pretty sick of Wolverine, he's gotten too much of the spotlight in the movies.

I still like deadpool but the more mainstream he gets the less I'm starting to like him.

Why do you like him less now that he's mainstream? He's still basically the same character.

Dorkpool makes a good point. Neither of these guys have gone downhill or gotten worse. Just because you're tired of seeing them doesn't make them horrible characters.

@Risebell Ok, I do kind of get that, though I would like to add something.
Deadpool, while he has been in a lot recently (fighting Carnage, X-Force, and Hawkeye among others), hasn't really been in anything I can call 'bad' recently. Well, outside of Deadpool Vs. Carnage, which seems to think that Carnage is some type of hillbilly (which he isn't; I've read his first appearance, and some subsequent appearances, and have never seen him characterized that way). Other than that, I've seen nothing awful.
The game was fun, and the movie will be good (this isn't just blind optimism; a draft script was leaked a few years back that I now have and, based on the trailers, it's official and being used for the movie. It's not the exact script they're using, since certain characters/jokes are in the movie that aren't in the script and vice verse. But it has the basic plot and a lot of lines used in the movie).
Let's compare this to someone like Venom, who was everywhere. Venom is not a bad character, but after being over used, he's gotten a bit annoying and the concept has changed from "person who hates Spider-Man and knows his secret identity, can nullify his spider-sense, and has most of his powers" to "former school bully who became a veteran and is now a part of the Guardians of the Galaxy." Yeah, the concept changed, and there were a lot of less than stellar stories.
And I completely agree with you on Wolverine, as he is overused.
Deadpool isn't at the point of either of them yet, and honestly, I like seeing Deadpool. He's a fun and funny charcter, and I prefer seeing more of him than more of Wolverine.

Like I said, overexposure. Deadpool's popularity comes from him being this crazy, silly anti-hero. That joke's gotten old for me, especially when I walk into a con and see 10+ deadpool cosplayers trying to act like him.

Actually, I like their new characters in comics now. I'm a big fan of the 'Inhuman' series (not to be confused with 'Inhumans').