Gurby and Churb are two splitter vicehounds, a species of vicehound that starts as a singular 4-legged entity, but grows a third pair of legs, then a tail, then a second head, then a fourth pair of legs. After all of this it splits into two, one having the tail, and the other with a larger, stronger body. All species of vicehounds are native to Xoriezeghia. 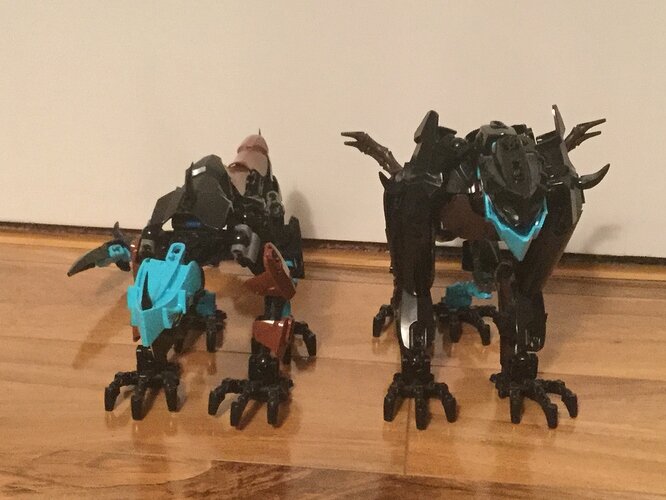 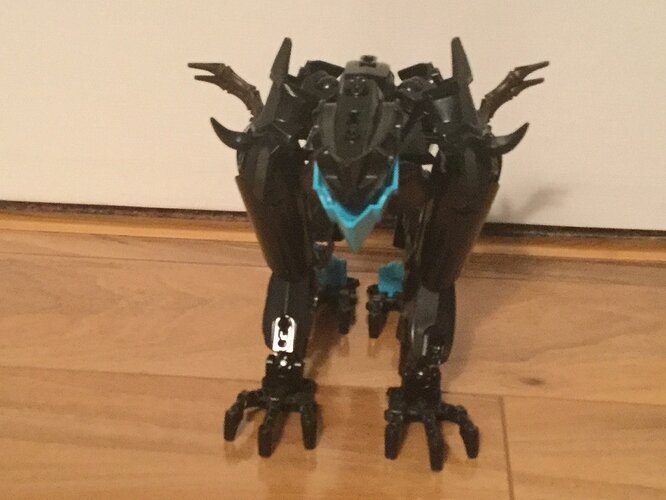 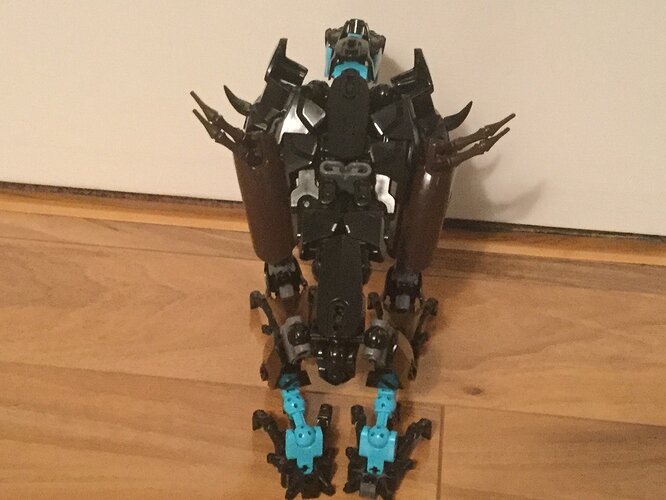 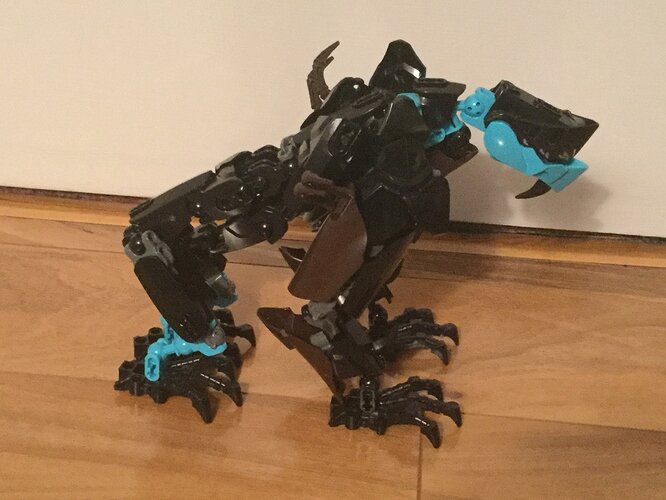 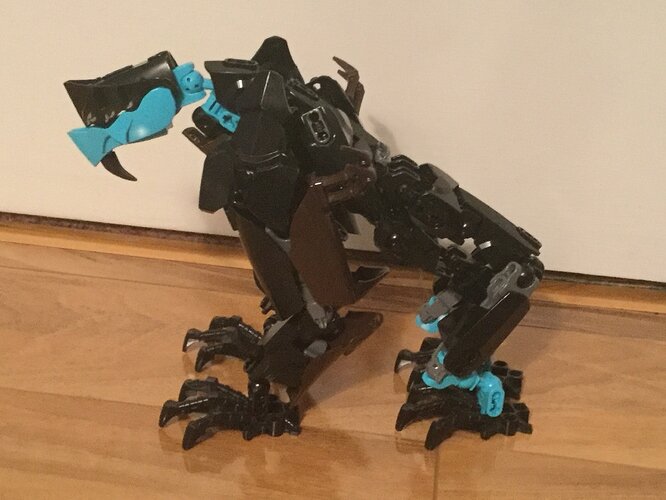 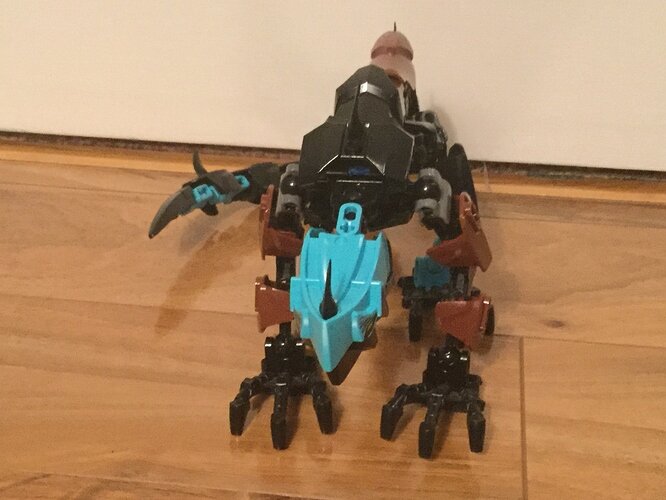 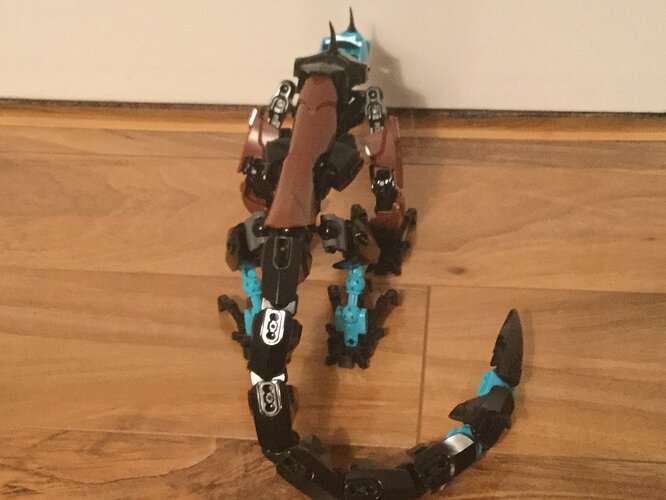 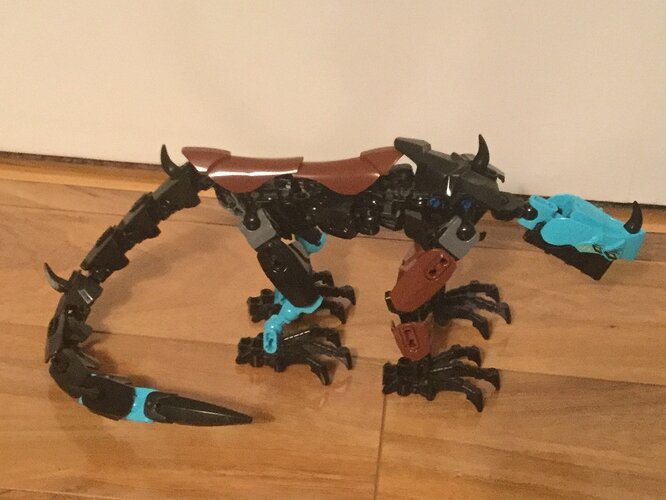 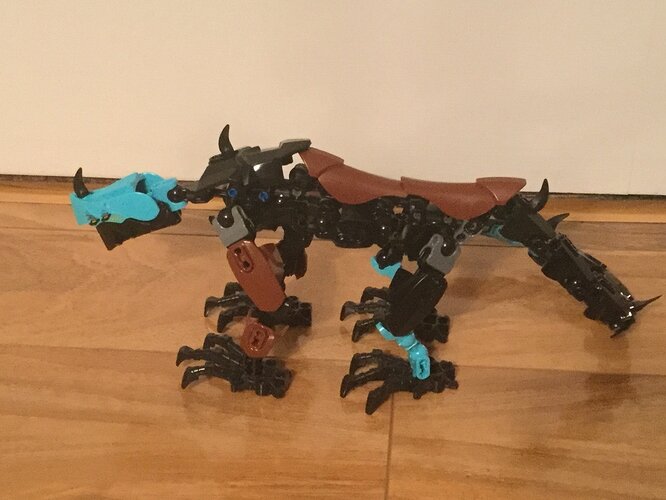 You are amazing at building Rahi (something I will never be able to do). These look really cool.

I think Churb could have more brown, but it is OK. good work

I honestly really like their designs, and especially the concept. It’s fairly interesting how it’s a species that spends it’s life growing a second of it’s kind within only to split into two. I like how you made them look pretty filled out, too, considering it looks 1005 CCBS, something I always noticed was never done well in LEGO’s official usage of it.

Does this breed only split once in it’s life, or do they endlessly reproduce in that manner? Also, when they split, do they become a pack, and stick with each other, go their separate ways, or are they essentially a hive mind?

OK OK OK. First off I have to say how weird the whole duplication process is. Is it reproduction? Is the second Rahi the same entity as the first one? Are they connected? Do they have the same gender? Are they mates? You left me with a few millions of questions.
Second, Gurby’s body seems too long while his back legs are very short. The blue is stealing the show, and the brown is almost invisible. Same with Churb, although the brown is a little more visible. And also his back is very odly placed. Sheesh. There are also open balljoints on both mocs.
Other than the absolutely weird concept (sorry, but it really is) the mocs are fine. 9/10

The concept is weird, but interesting, and unique. I’m wondering some of those questions, too.

Also, it might just be because I’m getting some Muaka vibes from it, but I rather like Churb’s narrowing hips, and short legs. It gives him a pretty strong look as far as Rahi go.