Here is my first MOC to be posted here on the Message Boards. It’s not the first MOC I’ve ever built for a serious purpose (that was an alternate build of Gahlok for the 2003 Rahi contest), but it is the first MOC that I have not been simply satisfied to call “finished” for a long period of time. Here are some photos of the current version, due to be updated once I can get rid of the Imperial Army symbols on the haunches due to the parts being from the K2SO buildable figure: 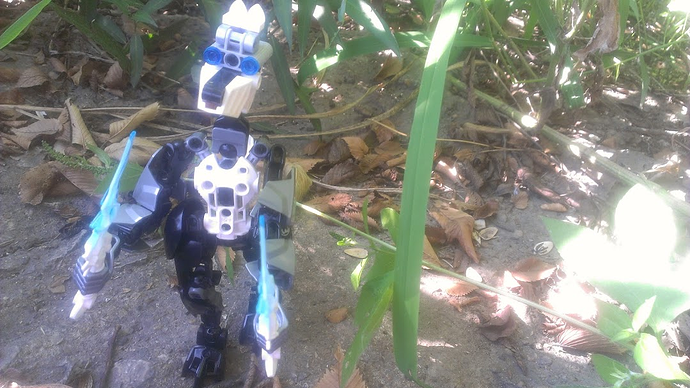 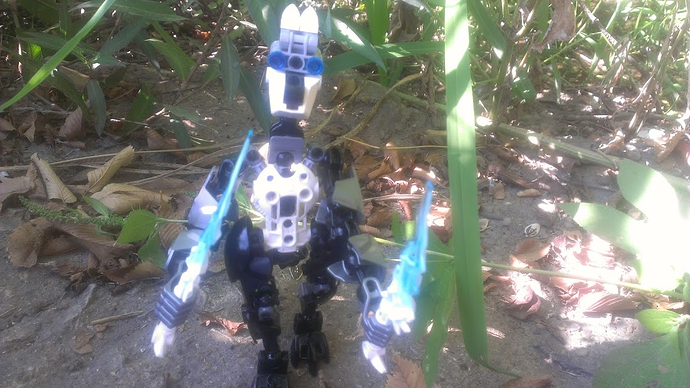 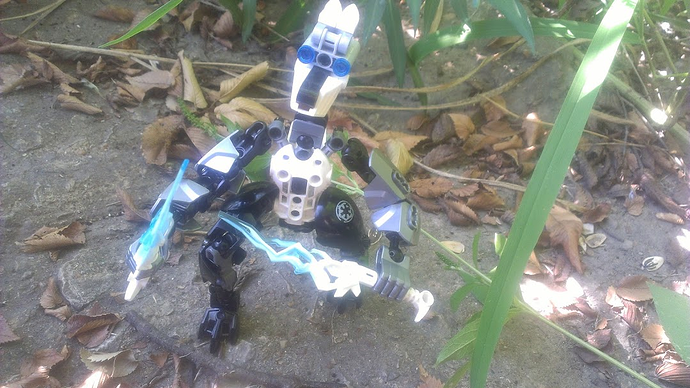 It can also walk on all fours, as shown here: 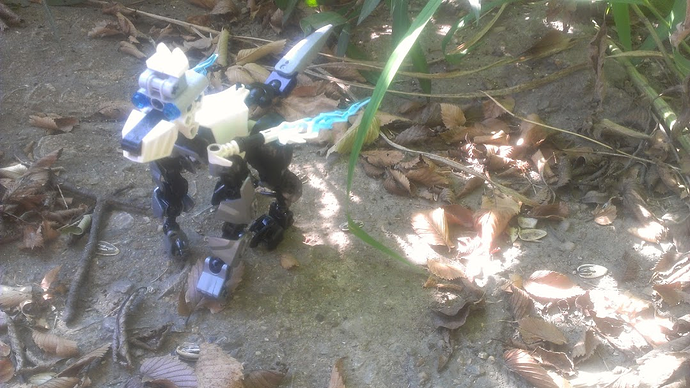 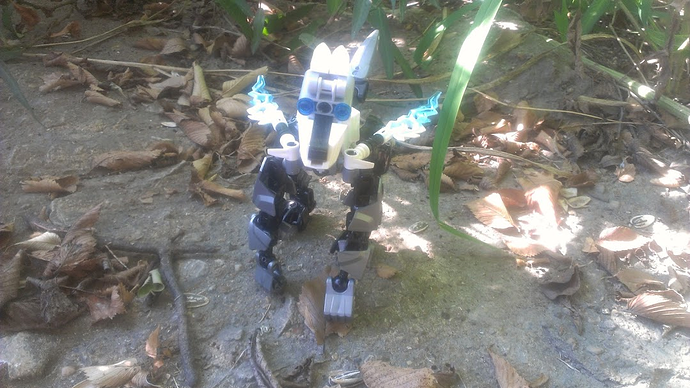 And the swords store on the back as well!

I will update this MOC with some photos showcasing the various stages of development it went through, as well as techniques used to overcome various challenges (especially the constructed wolf head) before getting to this point as soon as I can; the house is being remodeled and certain parts used in past versions have fallen into certain unreachable areas (for the while) under my dresser after a hasty bed-clearing (yes, I’m an idiot sometimes).

As shown in the title, this is a self-MOC. I am obsessed with wolves/werewolves; my subreddit is chock-full of wolf content. (There’s even a backstory, sadly archived, on a more…organic…version of this MOC on there. Woah…Have I really been working on this MOC for that long, yet even longer?)

When it comes to weapons, I prefer swords for melee weaponry and bows for ranged, as opposed to axes, hammers, and guns (though crossbows are nice). As a result, you will often see my MOCs in the future wielding various swords and bows, along with the occasional dagger or, yeah, an ax or two.

I admit it: I’m a bit of a furry (though I’m not what you’re thinking!), and that has shown in this MOC as well. (And for the love of anthro-MOCs, Ven, the term is digitigrade, not chicken-legged!)

Thoughts? Let me know what you think! I’ll pay 1 Lincoln cent for each (not really)!

Your love for wolves shows; it looks a lot better in the ‘wolf’ form than it does when standing upright. The head just doesn’t look right for a human. Same goes for the torso and neck: they just don’t look right when the MOC is standing upright. Actually, I think the neck is the problem; it’s just too long for a humanoid. Spreading some white throughout the MOC, especially to the legs.

I think he’s pretty cool! The head looks great, and overall he looks like a good, solid, and play-with-able figure.

(I’m not so sure about the name, though, but that’s just my opinion.)

(I’m not so sure about the name, though, but that’s just my opinion.)

The name is a tribute to one of the admins of a now-defunct Minecraft Skyblock server I once played on, with Leet-speak numbers added to indicate the slightly robotic nature of the creature. (It had a lot more greeble in previous versions, and the name stuck.

Actually, I think the neck is the problem; it’s just too long for a humanoid.

If you use your imagination, the dark blueish gray joint extender merges with the L-axles of the same color to form the shoulder blades in human form. (I put it in there because the MOC had difficulty tilting its head back in wolf form.)

Spreading some white throughout the MOC, especially to the legs.

Yeah, the legs are indeed a bit darker-colored than the rest of the MOC.

There was a good reason in past versions: I had been using black Toa Mata arms and black Toa Metru shins in the first version, along with gunmetal gray (-1 Appearance point - @Ven ) on the back as a transitional color between the body and limbs. I also don’t have as many white CCBS shells as I do black, and there’s not really any white cup shells, last I checked. In the end, it’s become a part of the color scheme for the MOC that can’t easily be replaced.

The head just doesn’t look right for a human. Same goes for the torso and neck: they just don’t look right when the MOC is standing upright.

Do you know the meaning of “Anthropomorphism”, my good sir? It’s basically adding human traits to animals. There’s also zoomorphism, where animal traits are added to humans. (I don’t mean to sound “Ven”-omous here; I’m just saying that the MOC isn’t entirely human.)

What could I improve on the torso, if I may ask? It’s an integral part of the MOC at this point, and I’m not sure I could improve it much at this point without backdating the MOC in some way.