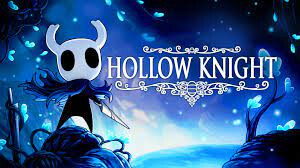 Discuss Hollow Knight!
Also, please no spoilers, there may be some among us who haven’t finished the game.

I like hollow knight. Mainly the lore and the music since I suck at playing it and die every three seconds. I am pretty excited about silksong, more cool music, more bug lore and cool character designs

I started playing Hollow Knight and was really into it for a while. But after I beat a couple of the early bosses, I got stuck and I had no idea where I was supposed to go.

I haven’t played since then, and I doubt I’d figure anything out after such a long break, so I unfortunately don’t plan on playing it again.

That being said, while I was playing it, I found the aesthetic really adorable and mysterious, and I enjoyed the fluidity of the gameplay and the open-ness.

It was just unfortunately a little too open for me.

I haven’t played since then, and I doubt I’d figure anything out after such a long break, so I unfortunately don’t plan on playing it again. 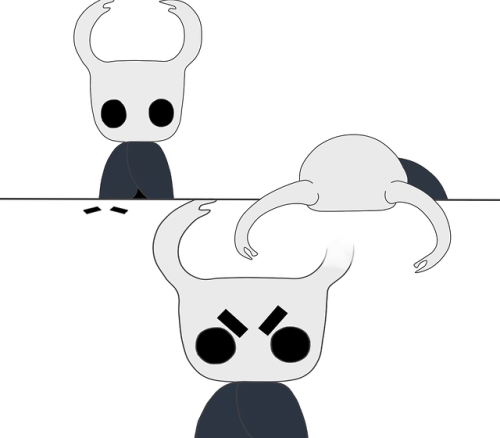 Beat it two summers ago, and have been patiently waiting for Silksong in the meantime.

Did it take anyone else a ridiculously long time to kill menderbug?

Tell me where I’m meant to go after I beat Hornet and the three Mantis guys and I get stuck in the glow-y mushroom place and maybe I’d reconsider.

Wonderful game, I’ve almost beaten it. By almost, I mean I’ve done everything except complete the Pantheon (currently stuck on fighting the harder Hollow Knight), the flower mission, and the White Palace. I’m decent at murdering bosses, but platforming is my grave weakness.

Though outside of the game itself, I have come up with a custom boss fight. I might one day attempt creating and moding it in…if I ever have the time for it. It involves taking the Worms from Team17’s Worms franchise and shoving a version of them into the game. I’m sure your imaginations can work out the rest from there.

Hang right in the fungal wastes. You should come across a long room with an easy parkour course on the top area. Clearing it will bring you to a gate which you should be able to open.

What a coincidence - I started playing last week!
The game is pretty awesome, until you lose 700 Geo because you acidentally fall on your soul with 1 life left and die.
Also, I feel like I might suffer the same fate Pakari did - I have just discovered the Knight of great renown, and I already needed a friend’s advise twice:(.
Now I can go here for some directions, if when needed, which is great!

Hope that I won’t read the soilers on the way.

I started playing at Christmas, and i’m currently at this weird place with weird graves and masks and stuff

I have just discovered the

are you referring to the poop sculptor?

Pale King did nothing wrong

I have just discovered the Knight of great renown,

Ghid, you have failed as a Hollow Knight fan.

This fella, RyanTheFimMaker is right. 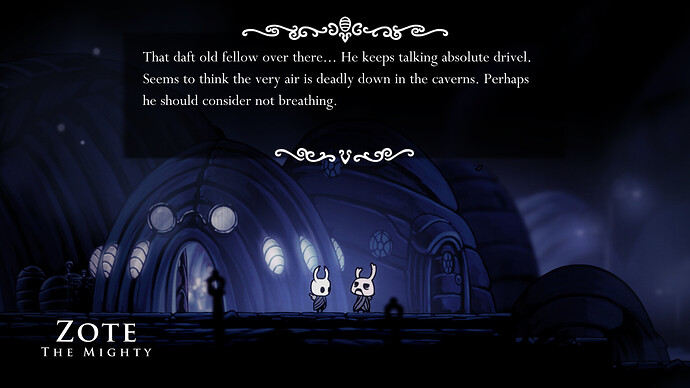 But you’ve got me intrigued with “poop sculptor”…

Ghid, you have failed

are you referring to the poop sculptor?

POOP MAAAAN
COME TOGETHER WITH YOUR HANDS