How did Zane get his elemental powers?

So, since Zane is a robot pretty much, how did he get his Ice powers? Garmadon states that the elemental powers are passed down from generation to generation, but Zane is the odd one out. He doesn’t have a biological family, so how could he have gotten the elemental powers of ice? His only family was his “father” Dr. Julien, but it is never shown that he has elemental powers, although he could have had been a descendant, but never unlocked his true potential. Even if this was, true however, I don’t know if he could’ve somehow added Ice powers to Zane. Any ideas of how this could happen? It could be related to his power source.

Recall that in the flashbacks, while it may be a coincidence, we never saw the Ice Master. It could be several possibilities.

The second could be possible, considering that Zane’s father lived a loooong time, and that we do not know where the elemental powers came from in the first place, so far as I know.

I believe that the elemental powers came from the First Spinjitsu Master and he gave the Elemental Masters their powers, since it was stated that their original purpose was to be the protectors of the Spinjitsu Master. I don’t think that the second one is possible, since they would’ve had an Elemental Master most likely, since Ice is a primary element in Ninjago. I actually think that his elemental powers come from his power source. 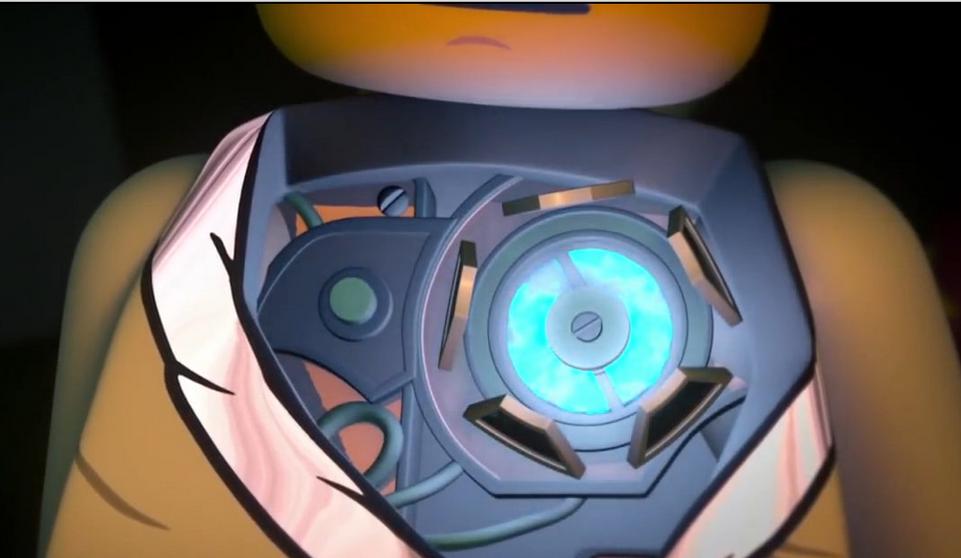 The power source looks kind of “icy” to me. This sort of goes on with the first idea, with him being powered with an artifact, because when he gave P.I.X.A.L his power source, he couldn’t do spinjitsu properly and use his elemental powers.

I’m willing to bet it was a sort of spiritual thing. Dr. Julien probably had them and then passed them down when he built Zane. And yes, most likely directly through his power source.

Dr. Julien was most likely the last of the ice line, and an elemental line probably can’t just die off, so the power linked themself to the closest thing he had to a descendant, which would be Zane.

It made more sense when all the ninja had was Spinjitsu. After it was revealed that the power was part of them (like Bionicle), it got more confusing.

While I understand the logic, I can’t imagine Dr. Julien, even in his youth as we saw him, as an Elemental Master.

The image doesn’t click, but I suppose it’s possible.

But then, since they killed him off, it’s likely they don’t intend for us to ever find out.

The master of ice is getting old and has no children to continue his legacy, so he puts his elemental power into a crystal (The kind Chen used to take away powers) and he gives it to Dr julien who then makes it into Zane’s heart…

I mean, we know that resources on Ninjago exist to replicate ancient artifacts, so why not the Staff of elements?

I dunno man. I hope we get an official explanation though.

Perhaps it has something to do with being created and living I that ice forest.

I was thinking Julien created Zane’s power source himself. I think he was the elemental master of ice, which would help to explain why he’s all alone in a forest that full of snow. As the elemental powers travel through genetics, my theory is that when Julien accepted Zane as his son, that was when the powers were passed down.

There’s one problem remaining with this ice crystal theory. Zane’s power source was destroyed when he died.
Here’s my theory to explain how he retained his ice power in Season 4:
In Ninjago: Shadow of Ronin, Zane visits the Frozen Wastelands to get his Obsidian Sai. As he aproaches them, he sees a memory of himself being captured in that same location by Ronin. Since this was where the Golden Shuriken of Ice had been housed, it’s possible that Zane had somehow recovered his ice power there, just before Ronin’s ambush.