How Were You Introduced To Bionicle?

Title is pretty self explanatory.

Share your tales of how you were introduced to Bionicle here.

My brother was going to his friend’s birthday party and needed a present, my mum bought Matau Hordika for the kid, then later my brother got Nuju and I got Nokama. We got hooked instantly, played games and watched the short animations on the bonkle page of the hunt for the Mask of Light. Around Christmas we also got a Web of Shadows DVD, best year ever!

The Mata Nui story synopsis that was on the site right around the time it was being phased out.

I technically was first introduced to bionicle in 2009 with one of the vehicle sets that was released that year.

I went to target, saw a shelf of G2 bonkles, bought a protector of jungle because I thought he looked cool, and the rest is history.

Oh wait I also had a tanma, which I didn’t like, lost, and promptly forgot about.

I just copy and pasted this because I can. Mwahahahaha

I know you didn’t ask me, but I’m going to tell you how I got into bionicle. Basically, my older brother was a massive bionicle fan (like the kind you could ask anything bionicle related and he could probably tell you the answer) and so I was always at least somewhat invested in it. My brother had just about every little bit about the lore memorized, and he told me (although I was young and didn’t retain that knowledge a lot of the time, but I got the gist). We even made our own continuation of the story, and I’ve continued the story ever since, (although it quickly became convoluted and confusing and it’s way to long to explain in a reasonable time frame. After the reboot (I can’t remember exactly when), my brother moved out of the house, and I kind of fell off of bionicle, and pretty much lego in general. It didn’t help that I found a new interest, Magic: the Gathering. Anyway, I still planned out our story and built characters for it every once in a while, bu that was about it. Then, my brother tells me about some bionicle contests being held on an obscure message boards that I’ve never heard of, and well, here I am today. Oh yeah, also, I don’t have any other form of social media except discord and Facebook , and I only use discord to talk with my friends, and I only got a Facebook account recently for college. So that’s my story that no one asked for.

Note: this is actually my story. I copy and pasted it from an earlier post of mine

I barely remember now. I pretty much knew BIONICLE since birth–my first memory is of getting Guurahk and Kopaka Mata off a kid who lived next door when I was but a wee lad.

Back in 2015 I saw G2 on the Lego Website and I was hooked on how cool they looked so later on I bought Tahu Master, Gali Master, and Narmoto.

I remember i got Brutaka and Vezok in 2006. May have had other garage sale bonks before them but thats the first I remember. Then I went all in with 6 toa mahri in 2007 (matoro, kongu, also matoro, nuparu, jaller, and also also matoro) then phantoka was the bestest thing to ever exist as a kid. then mistika and glatorian happened. they were ok i guess. still salty my mom got me bitl and not krika for christmas

I’ve mentioned this multiple times on the site, but my first Bionicle set wasn’t actually one of the figures, it was the Tower of Toa playset from '05, which I believe I got as a Christmas present, with the chess piece looking hordika figures. I don’t believe I had ever heard of the theme at that point and that set was my first real introduction to the theme.

Woah. Gave me a heart attack when I saw your name in the notifs.

first Bionicle set wasn’t actually one of the figures, it was the Tower of Toa playset from '05 which I believe I got as a Christmas present, with the chess piece looking hordika figures

Yeah, I haven’t heard of many other people who were introduced like that. I didn’t actually get some of the figures until I received the Phantoka versions of Lewa and Kopaka and Vamprah (along with their matoran counterparts) for my birthday in '08 if I remember correctly

Well, the first first introduction was when I got my first set… and I don’t know which one was it, I only know that it was either Kiina or Kaxium (Kaxium more likely). And that was back in the 2009. I kinda knew what Bionicle is since that day.
But first time I actually read through the whole story was… 2019.

This is a wonderful journey that goes and will go on…

That’s funny that you mentioned Matoro three times, because that’s how many me and my brothers ended up with (I have an older and a younger brother). We each got one because people weren’t sure which ones we had or didn’t have.

one Christmas I got Brown Bionicle 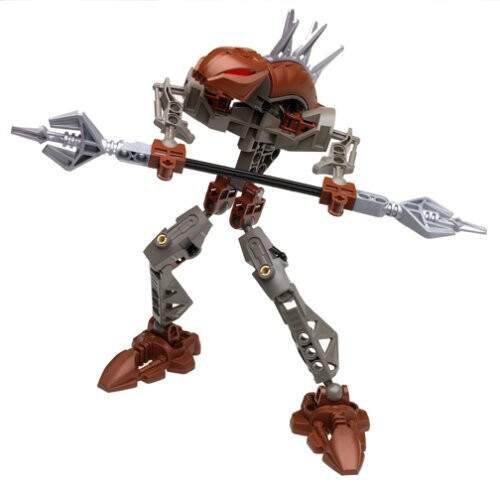 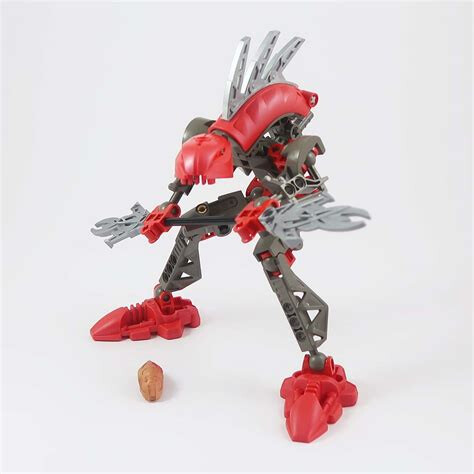 and the rest is history.

The Rahkshi are some of my favorite sets for design, they’re so alien compared to everything else at the time, and seeing images of the sets sends me to nostalgia city. I love these dumb-lookin’ clones.

i never had a proper rhakshi built or instructions as a kid. all i had was mask of light and a guidebook lmao. same thing with the 01-04 toa. i didnt know how bionicle gear functions were meant to work for a while lmao. i just connected the mata arms with blue pins

I was introduced to Bionicle in 2012 with Ackar, but I didn’t start liking it until a year later when I got my first Bohrok, Lehvak and Nuhvok.