-Random snippets from the song, Beneath the Mask from Persona 5

Clocking in at a whopping 7 inches tall, The ultimate bad guy and god among matoran. Huhkmu is a makuta responsible for many terrible things. Those terrible things include but are not limited to: rahi abuse, murder, enslavement, wearing of a loincloth + belt combo, distribution of illegal protodermis, construction of multi-element masks, construction of multi-element toa stones, theft, possession of illegal technology/weaponry, and unethical experimentation. You can’t get much worse than that.

The Kanohi Freid that which Huhkmu dawns, allows him to craft golems of varying power from elemental energy. The more elemental energy he puts into constructing a golem, the larger and more powerful they will be. The golems powers are enhanced by dawning masks however they do not necessarily gain the masks specific ability. Huhkmu has full control over what the golems do, but doesn’t need to be actively controlling them and golems can easily function with a simple command. Golems’ weaknesses are based on their elements, so figuring out how to defeat one could be tricky. He has used this dangerous mask in the past to create a massive army of fire golems. 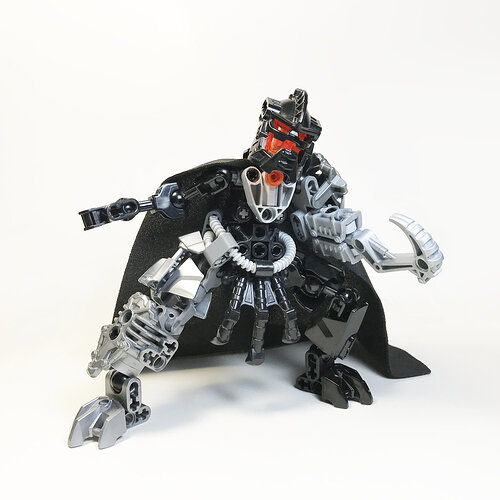 As you might have noticed in some of my previous creations, certain segments of their bodies were labeled with a large white “H” deeply jammed into their sockets to a point that it’s probably impossible to take out. At this point, it obviously stands for Huhkmu, but strategically I refused to explained what it stood for until now. 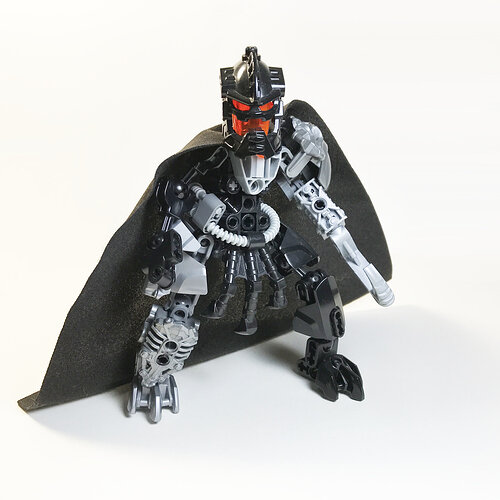 His delightfully devilish cape is dawned even when in a resting position. To him, it’s a constant reminder of where he came from; Huhkmu refused to take it off. 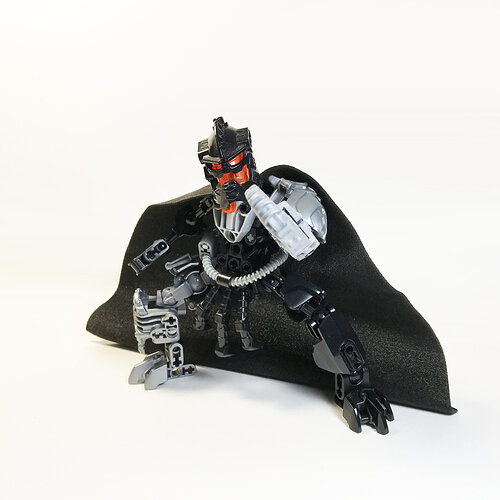 This guy is essentially the Dark Web personified, to put it extremely simply. 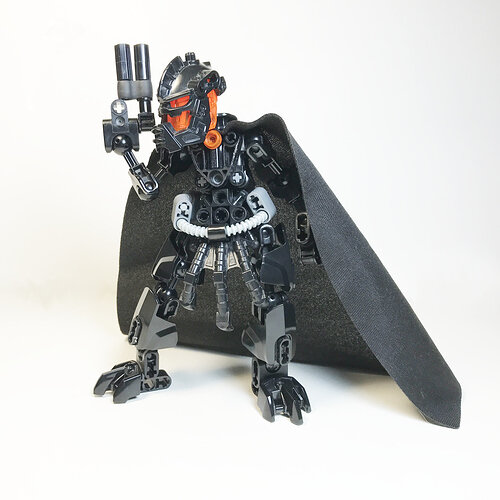 Before being a supreme evil overlord business man, Huhkmu was a simple thug just trying his hardest to barely scrape by. He also wasn’t nearly as completely insane as he is currently, or so it seems. 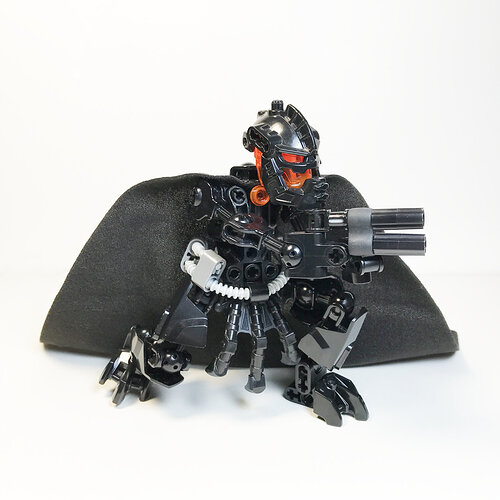 He ended up losing an arm and a leg later in life in a horrific accident. And had both limbs replaced. At some point in a fit of rage, the Destroyer of Kittens tore his replacement hand off. He couldn’t figure out how to reattach it, so he put a hook in its place and likes to say he did it because it makes him feel more intimidating. 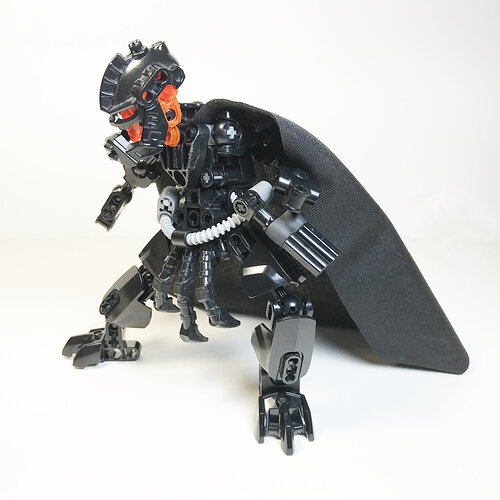 He also had a gun for some time during his earlier years, which he stores on his belt. I guess he lost it at some point, or maybe it was stolen. 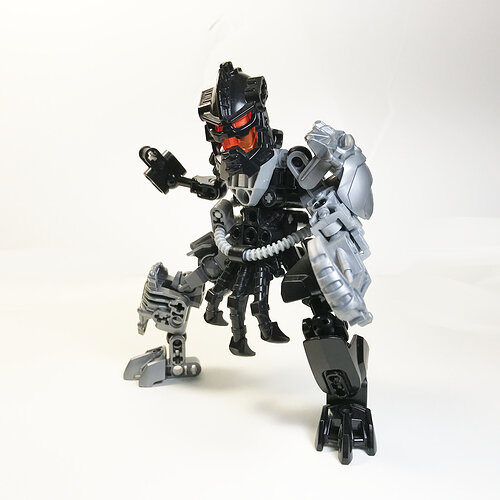 Jumping back to the present, here’s a couple pictures of him without his cape. 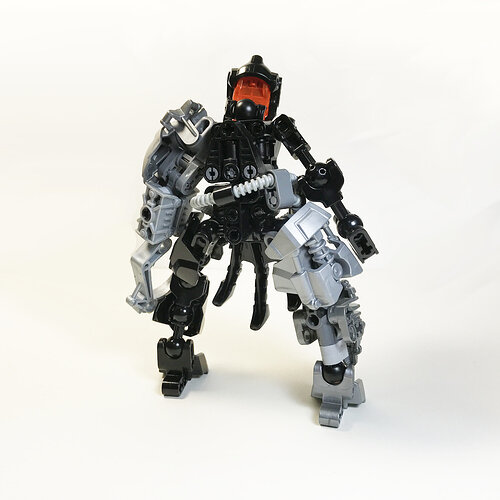 There are still many things I have yet to tell about him, but I honestly would prefer not to, and save our time. 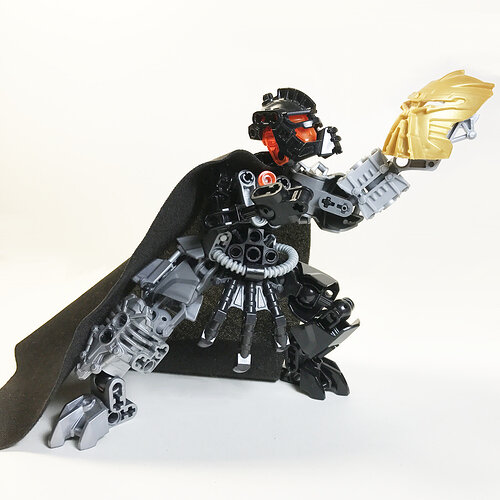 This is his most prized possession, nobody is allowed to touch it or even know he has it. Make sure to keep quiet. 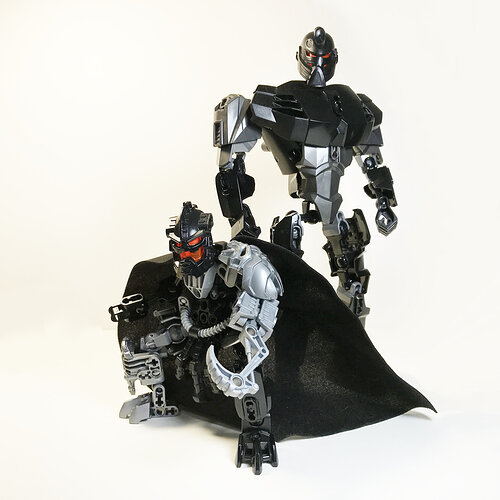 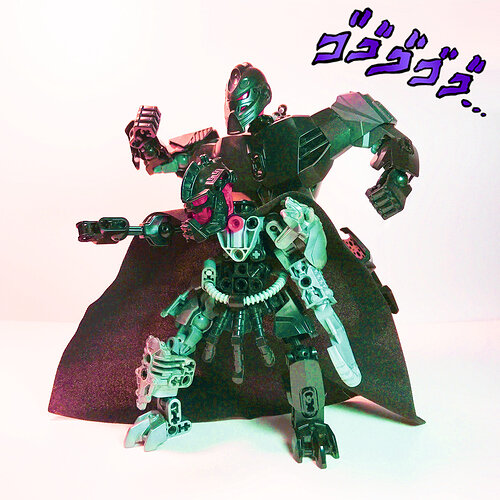 He isn’t, trust me. He’s the main evil bad guy.

This is fun!
I really like the silver leg and arm. 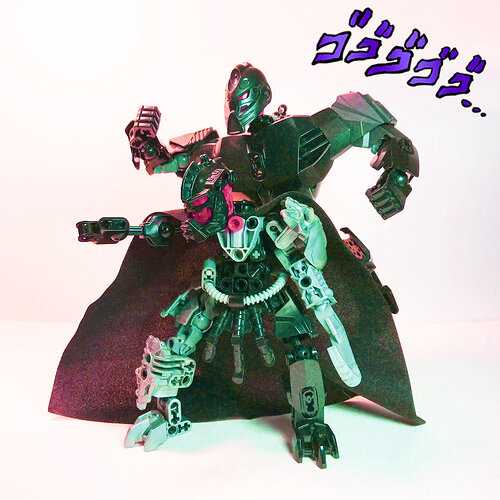 hOlY mOlY iS tHaT a JoJo RefErEncE???

As for the MOC, it’s good. It’s nice to see a villain MOC that isn’t super tall for no reason.