Do to some complications, this guy was originally meant to be posted some time in December or early January, and be the last main OC I would post from my collection. This never came to forwishen for one reason or another. Whether it be by my own business or my own laziness is up for you to decide. This character being a pivotal figure within basically all of the stories I’ve told, and being a bit of an in-joke since the first character I posted. I feel like I have an obligation to make an official post talking about him. With that being said, here he is.

It’s rather difficult to introduce perfection but I’ll jump right into it. This is Bakrhos “Maximum” MacChadsman, Toa of Mad Gains. More simply known as Bakrhos, he is the leader and founder of the Bakrhos Brigade, a team of elite and powerful hitmen and body guards that work under the rule of Huhkmu. He is the top dog of the top dog, and he knows it. 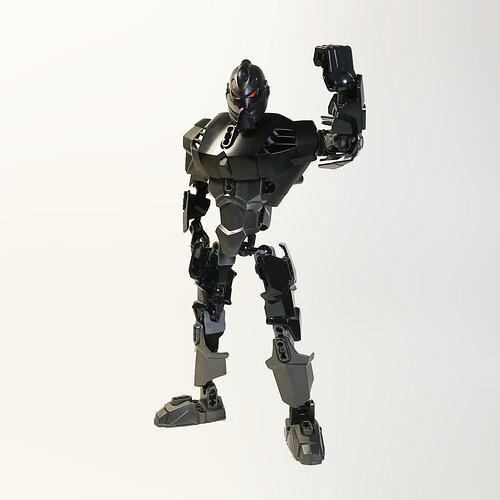 Bakrhos commands the main core members of the Bakrhos Brigade, this group is made up of 6 members, including:
The Heavy Artillery Administrator, Straimak
The Crimson Contagion, Hahkorr
The Molten Menace with a Mission, Mortahn
The Baron of Boundry’s End, Jaavna
The Armored Automatons, Rohtune & Lenihk 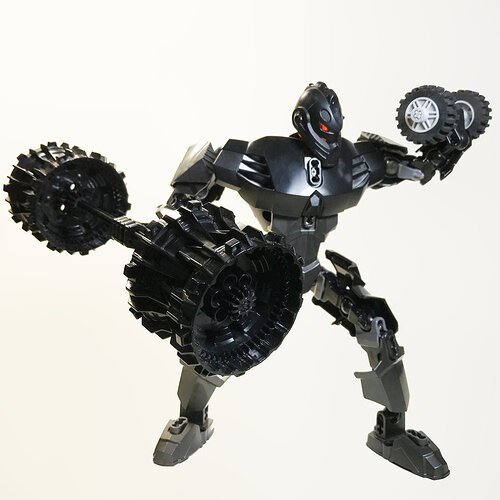 Going deeper into his backstory, Bakrhos was very successful in his youth. Being extremely talented and handsome, he graduated at the top of his classes and was seemingly destined for greatness. At the peak of his performance, he felt as though he needed to acquire more from his life, even more so than the greatness he had already achieved. He ended up turning to the dark side of fitness and started to make underground connections with people who had access to illegal protodermis and toa stones. This had him creating a pact with Huhkmu, that led him to becoming the person he is today. 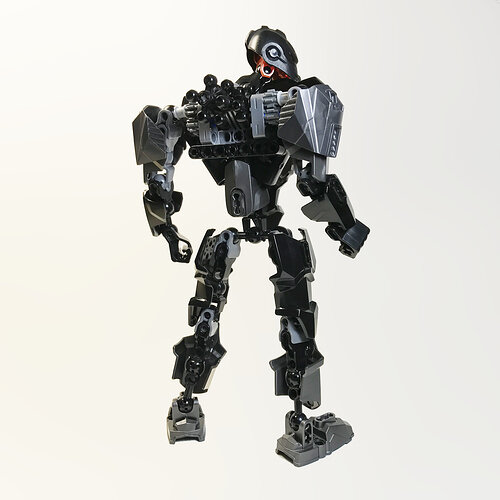 I believe that some of the best villains are those who don’t truly see themself as evil, but rather as just working to improve something in the wrong way. With a chad like Bakrhos, I believe that the selfish nature of his descent into corruption is somewhat representative of his alpha desires for self improvement. Which I think makes him my best written character yet, and gives him a fairly deep arc. 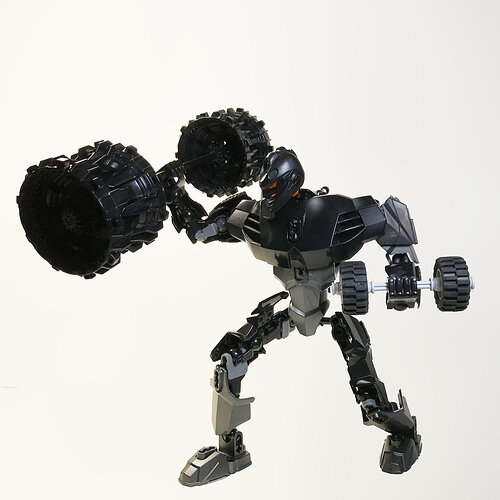 A key feature to the actual design itself, it features an epic gear function on Bakrhos’s back that allows him to get mad chiseled and ripped by lifting weights. 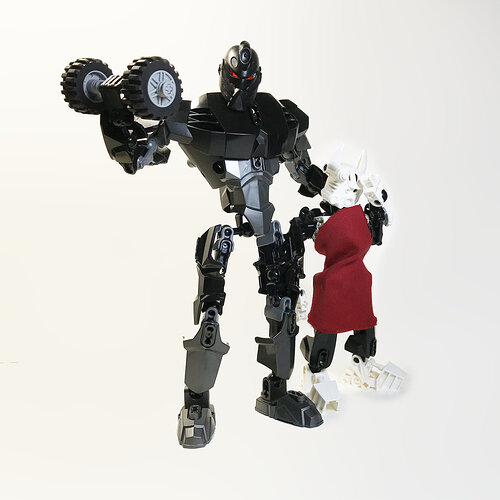 I do intend to create more characters in the future, but I think I’m finished establishing the story.

This is a very simple MOC, but it works! Good Job!

The name and build made me chuckle, well done! How many protein shakes and eggs does he consume on the daily?

The optimal amount for his BMI, obviously. He can’t disclose the numbers for legal reasons.

I thoroughly enjoy that he skipped leg day.

A good joke MOC is one that plays the part and remains well-built in spite of it. This does fairly well. While the backstory is absolutely bonkers and makes no sense at all (illegal protodermis and toa stones used as steroids) the joke carries over fairly well.

The build is very simplistic, using a CCBS frame and a custom torso with enough clunkiness to set any robot from the 50’s into a convulsion. The limbs do not convey muscle very well with the armour choices, the torso being the only thing to do so, which it definitely goes over the top with.

Overall you’ve done a good job trying to hide some of the gappiness in the model and I’m curious to see what comes next. Good job!

Wait, so what’s his element? Muscles? Does he shoot muscles at people? Just meaty slabs of flesh?

Oh, Magnetism. So he doesn’t drop his weights.

Bodybuilders are actually at their weakest when they perform, so with such a desperate, wannabe chad, I can actually kinda see him faking strength.

I wouldn’t call him a wannabe chad, he’s more of a chad than you’ll ever be.