If you had super powers

@Lord_Tuma Wanna punch crime in the face with me?

This can be our theme 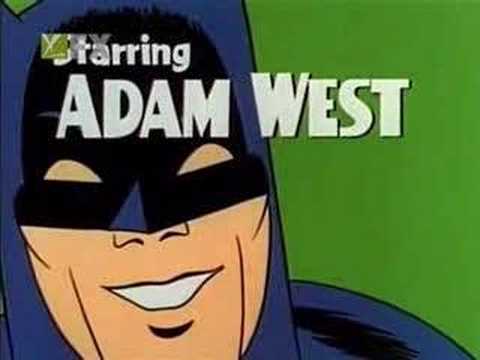 The power to suddenly change probability.
Can’t find my books? Change the probability so they can appear right on my bed.
Getting my butt kicked in a game? Increase the chances it’ll glitch so I gain the advantage.
Fighting one of you guys? Increase the chance of something unexpected and horrible occurring that enables me to win, or remove your powers for good.

Idk if that’s too OP. If so, I would probably stick with dark matter/energy. I’ll end up being like Krika. cx

The power to suddenly change probability. Can’t find my books? Change the probability so they can appear right on my bed.Getting my butt kicked in a game? Increase the chances it’ll glitch so I gain the advantage.Fighting one of you guys? Increase the chance of something unexpected and horrible occurring that enables me to win, or remove your powers for good. ^_^Idk if that’s too OP. If so, I would probably stick with dark matter/energy. I’ll end up being like Krika. cx

That is actually how I envision my powers working so yeah.

so @Kardax , are you my enemy or teammate. and again, why choose me?

also @BlueCel, are there a set number to how many can be on a team? and can I summon another person?

also edit to my powers of

My powers would be my brains and wits, endurance to pain, and my laser sowrd and spike sheild. I also can fly if my jetpack is attached

I have nano repair bots that repair me. to avoid being OP, they repair it quickly but shoddily at first, but then slowly reinforce it until it’s back to it’s former glory. and the jetpack boosts all my powers by 25-50%. that’s not too OP, right?

I dunno what my costume would be, but I know I’d want Petrokinesis (rock powerz) and Pyrokinesis (fiyaa powerz).

@Hawkflight I don’t think you been summoned. you decide on being my enemy or teammate. also the main post helps explain why I summoned you

I’d be a hero with electromancy.

That’s the power to wield electricity for the uncultured walnuts out there.

I have my costume drawn, but I don’t have a picture on my computer. I might put it up later, but for now here’s words:

That’s great and all but whose your team?

I have no idea…

All I want is super speed and and an electric charged katana.

This guy gets it! Super speed and energy ftw

Anyway @Chronicler I choose you!

Hm… If anything I’ve already picked the perfect super suit. I drew it for a character of mine.

For powers I would have the ability to turn my skin into pure crystal and the energy would flow through me to get advanced human speed and strength.

Can I join this team?
You never know when you need someone to help you “chill out”

@GIF.Man.Ben do you have enough ppl in your squad, if not, can I join?

Also, I think the most OP power would be shadow possession, which means that if you can make contact with a person, you leave a bit of your shadow embedded in their shadow, and if you somehow manage to get killed, the biggest part of your shadow you left with a host will resurrect you, also because you have your shadow with another individuals, you do not have a shadow. Also through your contact you can control others to do your bidding, but during the control you are vulnerable, and even a small cut can kill you.

this is by far way funnier than it should be.

Jokes aside, my “super power” as it were

is being a robot. A complete lack of any physical thing you’d find in a carbon based life form like humans

but completely and totally able to think like one, and understand their biological processes due to having once been one.

Also my arm can combine with a lance. And become a drill.

Additional specs include a power source that lasts 5 years at a time before needing a recharge normally, 1 year if exerting full power at all times.

I also have space for quadrillions of songs and amazing wi-fi.

As for a “sidekick”

If you’re a hero, then i’m your enemy but sort of in the guardians of the galaxy way, sorta bad but sorta good-ish. I picked you just because I didn’t see your name one this topic yet

I just want to reset everything…