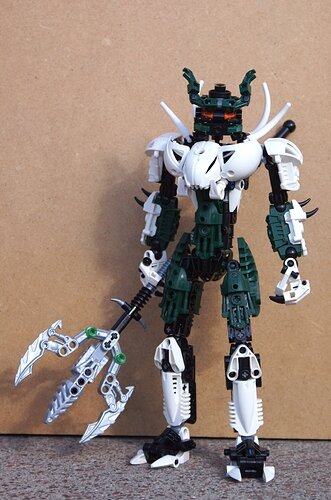 Isthra was unconventional in more than one aspect. She chose to be a warrior, yet preferred peaceful solutions to problems and frequently volunteered for missions where a warrior’s skills were unnecessary. Even more astounding was her friendship with Makuta Xoth, however, who was generally regarded as a spineless pushover by his brethren. Isthra would often help Xoth out with his ethnological studies of Rahi and also shielded him from the worst abuse of the other Makuta. In turn Isthra seemed more than happy to just have someone she could talk to freely.

Despite all this Isthra wasn’t to be underestimated, however. If forced to fight she was often compared to Gorast, the sight of her cutting down one opponent after the other in mere seconds striking fear into the hearts of even the most hardened of warriors.

At the Convocation Isthra chose Miserix’s side, having no desire to rule the universe through tyranny, but eventually changed sides when Xoth sided with Teridax out of fear of teh latter’s supporters. Seeing Miserix being led away to be executed quickly made Isthra realize what game Teridax was playing, though, and she left Destral right away, just leaving Xoth a short note explaining why she had to go. 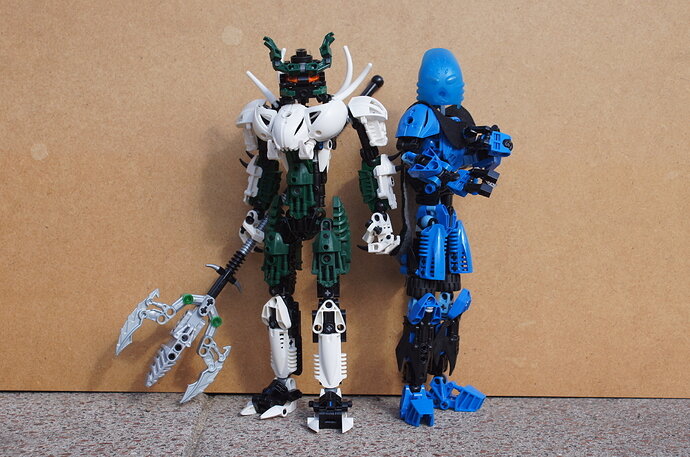 Originally planning to join forces with Miserix’s other initial supporters and figure out a way to remove Teridax from the throne of the Brotherhood, Isthra soon had to learn that both Hormahk and Kindrix were already dead, and that Furtaan was desperately trying to reach the Southern Islands, Gorast and Icarax no doubt already on his heels. Thus Isthra decided to hide until things cooled down a bit and chose Stelt as her exile, taking on teh form of a Vortixx and trying to keep track of Brotherhood politics.
After learning of Furtaan’s death and Destral appearing near Stelt, Isthra feared she might have been found and in a desperate attempt to trick her pursuers and gain at least one ally infiltrated Destral to talk to Xoth and convince him to join her.
Unfortunately her contacting Xoth was the exact thing Gorast and Icarax had expected and so they ambushed Isthra and Xoth in Destral’s library, Gorast offhandedly killing Xoth for being in league with a traitor. Seeing her friend die, and with no way to escape, Isthra confronted the other two warriors in a battle that destroyed the entire floor of the library. She even managed to remove Gorast from the fight, but in the end fell to Icarax’s blade, being the last of Miserix’s supporters to die.

Equipment:
Isthra wore the Kanohi Turatatu, Great Mask of Fear which allowed her to cloak herself or a place or object in an aura of fear, making it almost impossible for most beings to draw near.
Isthra’s weapon of choice was a Protosteel Trident capable of firing energy blasts and with teh unique feature that Isthra could “summon” it at any time at any place, the Trident’s teleport function being linked to her. This made it basically impossible to disarm her for long or use her weapon against her. 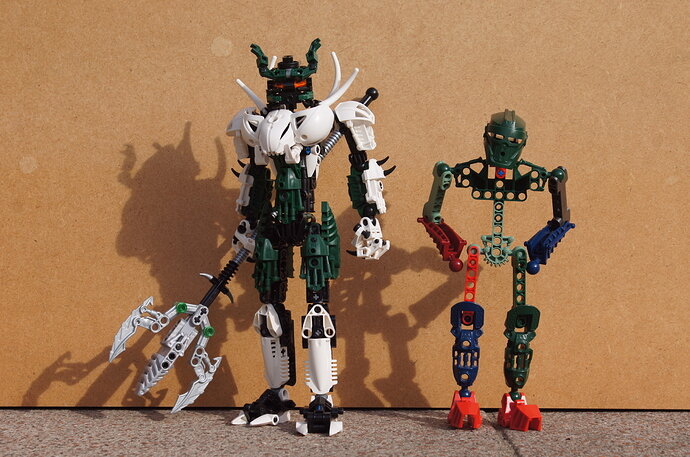 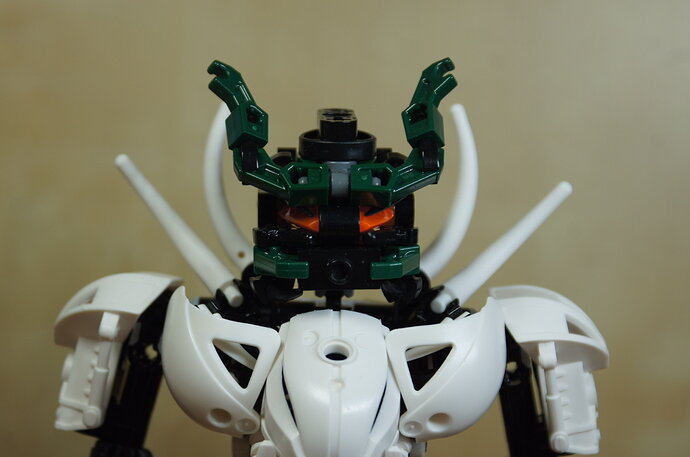 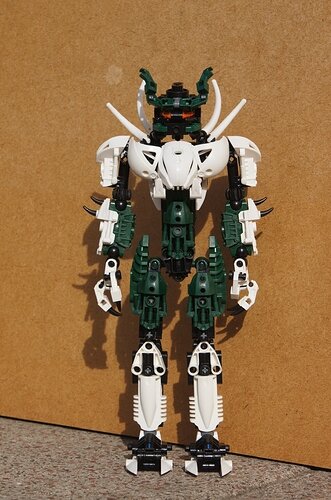 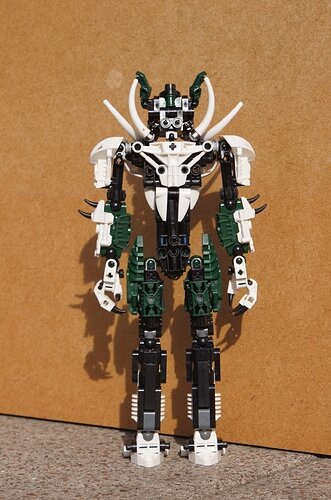 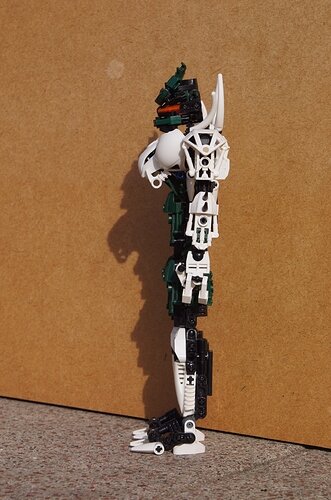 Well, finally got this one done. This MOC obviously reuses several older designs of mine, but I think I put them to good use here to capture the basic look of the original. The custom head is roughly based on the Protector mask which the MOC of Makuta Erdorn entered into the Brotherhood Project wore as a Mask of Fear. But I totally also just had two different kinds of dark green parts to choose from to build a dark green custom head.
Not much else to say except that I just noticed that Isthra wields her trident in her left hand in the original…

Amazing!! It has an icredible design!!! So cool!

Isthra wields her trident in her left hand in the original…

Eh, that was fairly arbitrary. I tend to put weapons on mocs in whichever hand I think of at the time. The smaller Isthra I made for Xoth’s topic had it in her right hand as well.

I gave most of my thoughts on the Antidermis pool topic, and I don’t really have much to add. It’s pretty good, the Mask looks rather reminiscent of Medusa, befitting a Mask of Fear, the shoulder spikes seem to create a “nest” for the head, the chest is reminiscent of the original but improved. Overall, it’s a good MOC.

Great job with that head

This is quite a unique style. The face reminds me of Karzahni’s mask. Nice work!

-Nice design, I think it captures the character pretty well. I would maybe change the eye color
-Very interesting weapon power
-What is the etymology of the kanohi’s name? Is it [tur-ta-atu] ?

Really superb MOC. The custom head is bonkers, and I really like the trident weapon a lot. The dark green and white color scheme is pretty rarely used, but it looks great here.

I would maybe change the eye color

Orange eyes is just something I personally want my Makuta to have.

What is the etymology of the kanohi’s name?

I didn’t give that much thought to be honest - the name is from RSG.

Alright. I guess that I will have to ask Lehari, but I’m pretty sure that the name comes from “tur” (fear, terror), “atu” (mind, will) and probably “ta” (spirit, being, essence).

That head is beautiful.