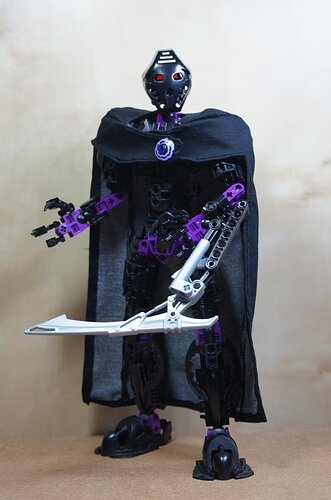 What Jasax lacked in fighting prowess and scientific genius, he made up for in political expertise. Before being assigned to Stelt, he was just another Makuta working mainly in the Brotherhood’s administration. He certainly was known to be capable - capable enough that Miserix and Teridax deemed Jasax able to keep a Stelt that was on the brink of civil war from affecting other regions and thus assigned him to the island. No one expected just how successful he’d be in his new region.

Within a few years, Jasax managed to become the unofficial ruler of Stelt by establishing a political network which successfully played out Stelt’s leaders against each other while all of them sought for his support. This not only meant that the expected Steltian civil war never went beyond smaller streetfights, robberies and vandalism, but also that the Brotherhood profited from it. Heavily. He even had whole clans working for him (although not publically). One of the most notable ways in which Jasax profited from these arrangements was his right to take the first pick out of any goods aquired via… “oversea trade” by his underlings. Countless valuable artifacts that would otherwise have reached the Steltian black market thus instead ended up in the hands of the Brotherhood.

In person, Jasax was very calculating and a natural at reading his conversational partners (no doubt he benefitted from his Mind Reading ability, too). He was exactly when and how he could play his trumps and when it was best to withdraw. He was not particularly fond of violence - or at least in teh form of violence that meant he had to get his own hands dirty. Muggings and murders on his behalf were common.

When Miserix visited Stelt in his search for Teridax, Jasax knew immediately that he’d better bend the knee if he wanted to live. Miserix wasn’t inclined to let someone live who betrayed him all those millennia ago - be it because of cold calculation or approval of Teridax’s plan - and absorbed Jasax, killing the Makuta of Stelt.

Jasax wore a Pakari, Great Mask of Strength, though usually wasn’t in situations where it was of particular use. In public he was commonly seen wearing a custom arm-blade as was traditional on Stelt. He could channel his powers through it when the need arose. 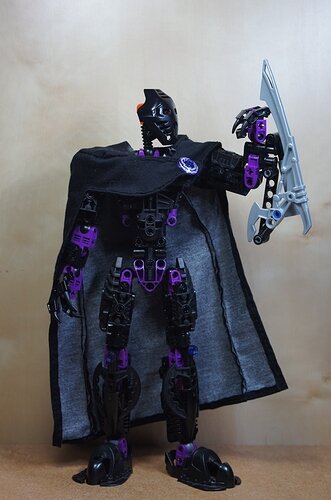 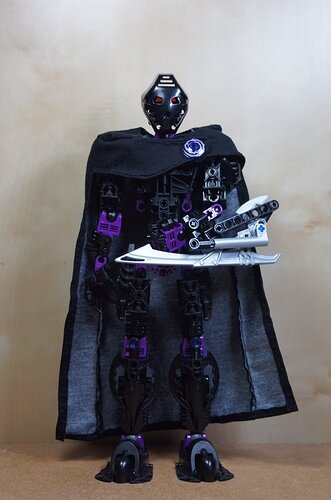 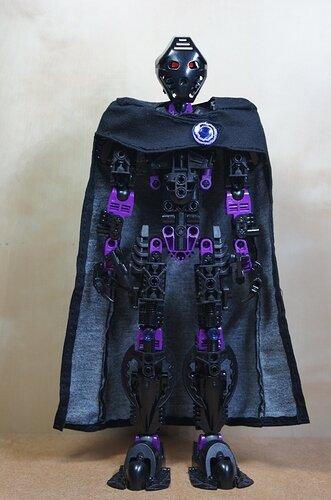 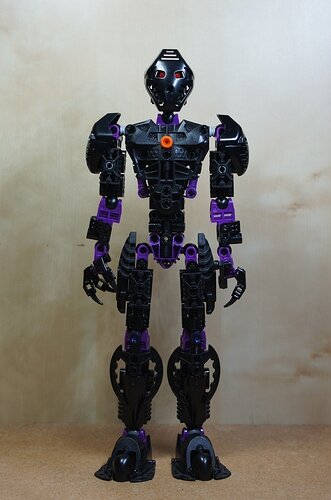 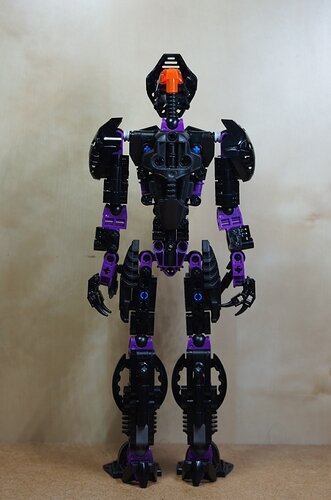 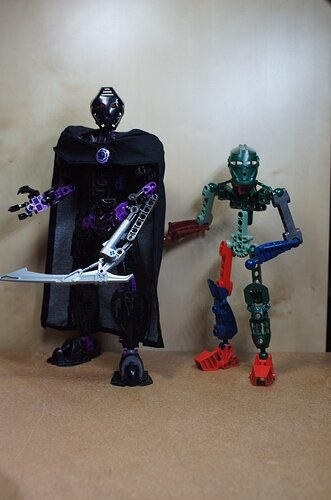 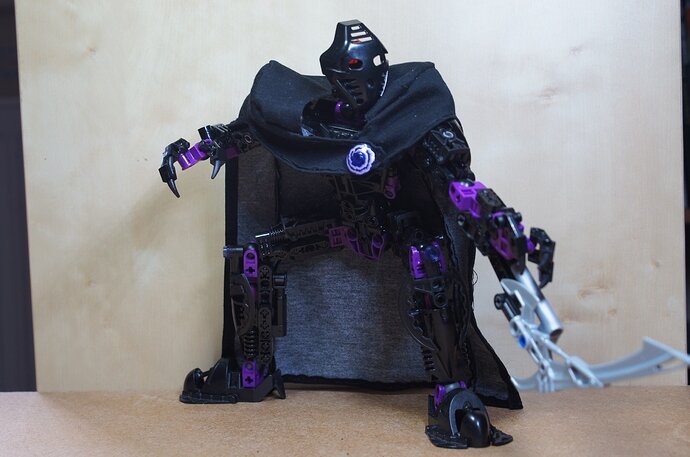 Well, well, well, here he is, the Makuta of Stelt! Finally everyone can see an actual MOC of him for teh Brotherhood Project again.

The MOC is very losely based on @RedHuna101’s entry into the Brotherhood project, of which unfortunately at this point only a rough drawing that already took artistic liberty exists: 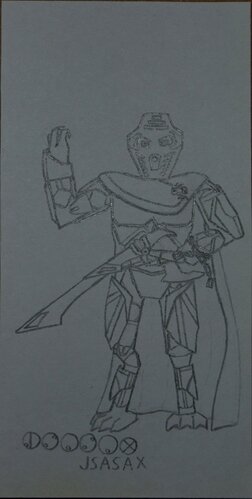 Nonetheless, you can see the similarities, I hope!

I decided to change teh hook hand into this folding blade because I thought it a nice touch based on Sidorak being a Steltian and also having one. Unfortunately it’s rather… bulky and indeed does not work too well with the cloak. But I can always remove it and when I asked around people seemed to like it. So I kept it. I could of course have used a different part which might have resulted in a slimer construction, but since the original used a hook blade, I wanted to use a hook blade, too.

33 Likes
The Brotherhood of Makuta - What About a Community MOC Project?