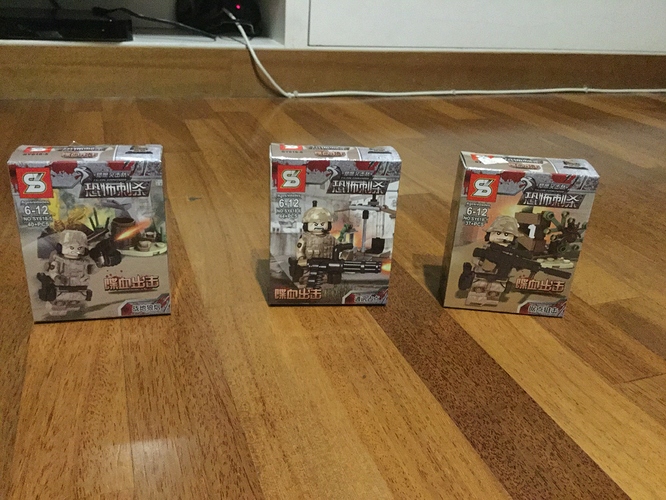 Today, I’ll be reviewing the lego bootlegs of third-party lego weapons. These three sets are part of the “falcon commandos” theme, and are called (from left to right): Artillery, correspondent, and sniper. Each of these costs 10 rmb, which is a total of 30 rmb or 4.46 usd. Let’s get into the review.

Artillery:
This guy is actually really unexpectedly high quality. The parts included have great printing(including back-of-leg printing, arm printing, and side-of leg printing) and all the third-party parts are quite well-molded. It even includes a pistol with a holster on the belt. They are even made of a nice, shiny plastic that reminds me of real Lego bricks. However, the parts come like this: 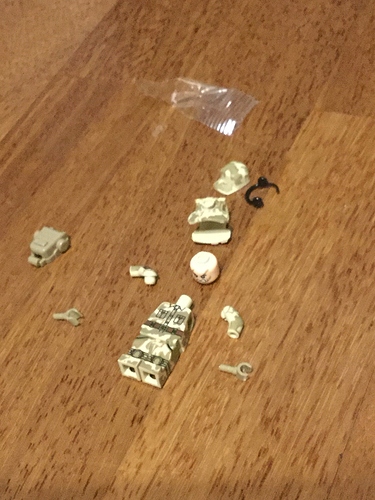 Oddly enough, the weapons come on a sprue. 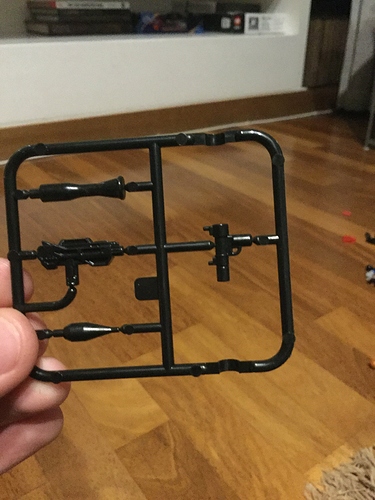 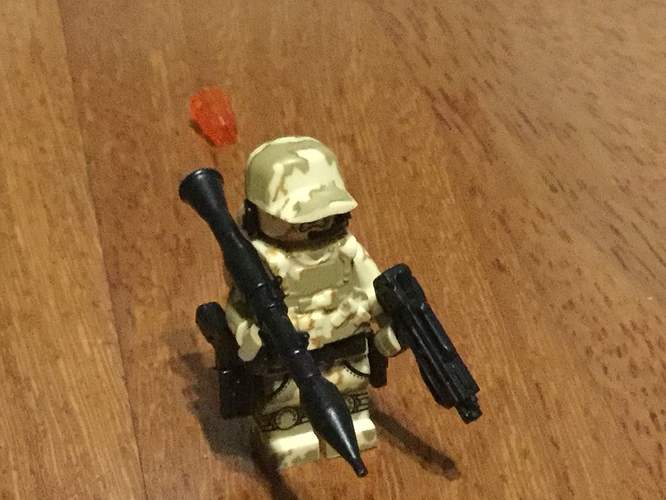 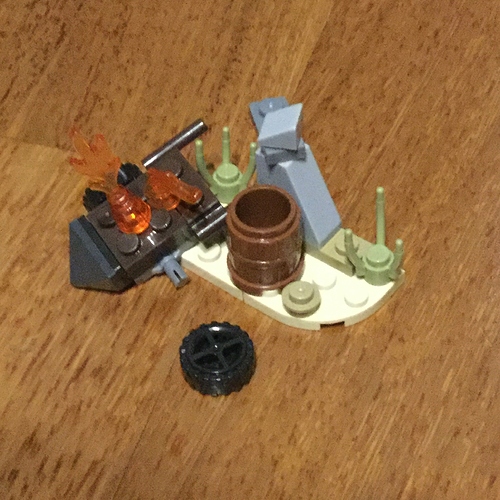 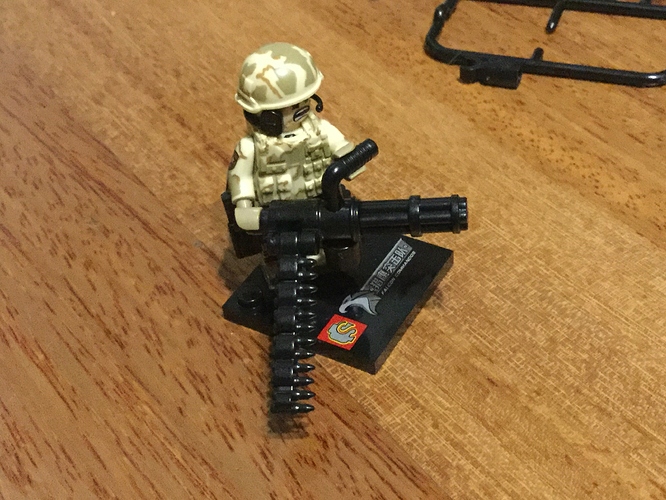 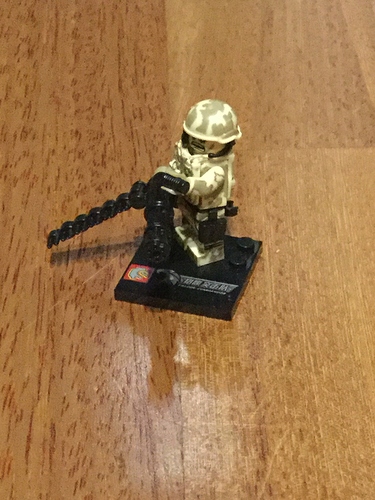 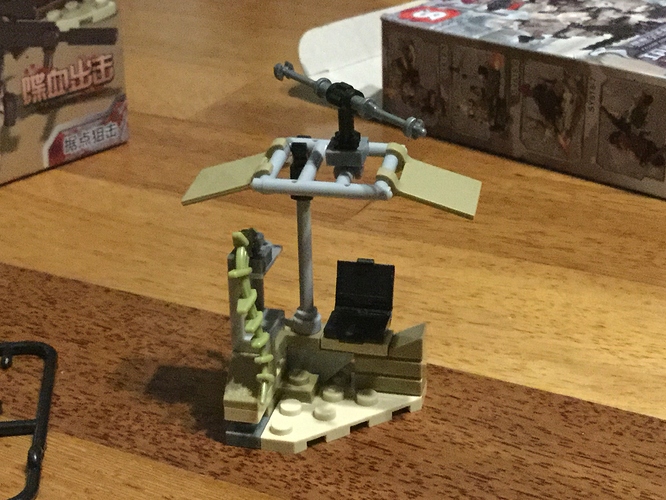 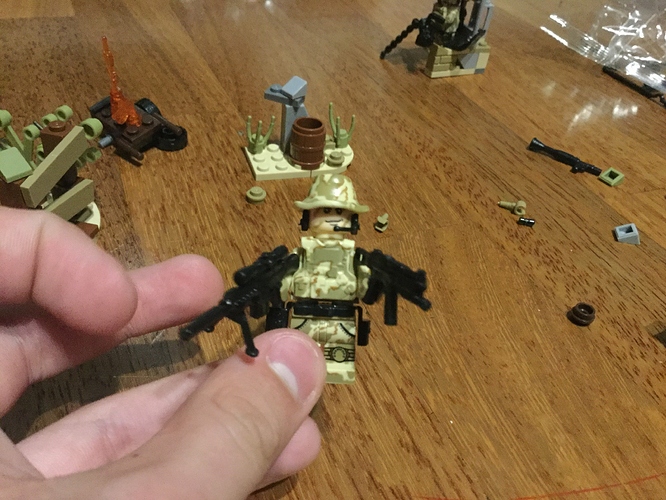 IMG_1567.JPG3264×2448 1.84 MB
His hat is stupid, and his face printing is probably the worst of the bunch. However, he has great guns.
WARNING: The scope on this gun broke when I was taking it off of the sprue. Be careful! 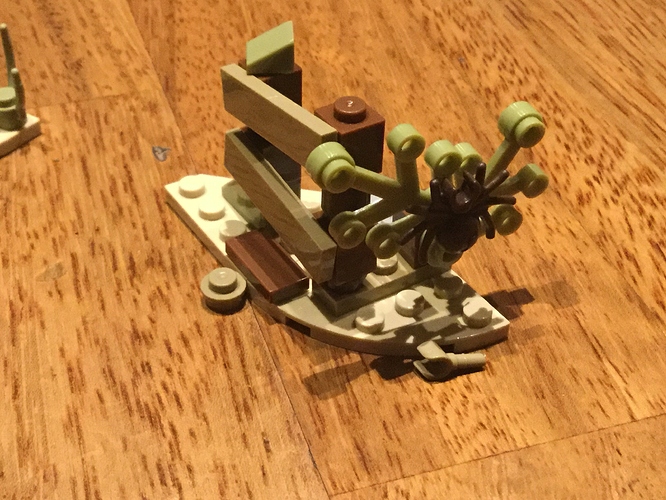 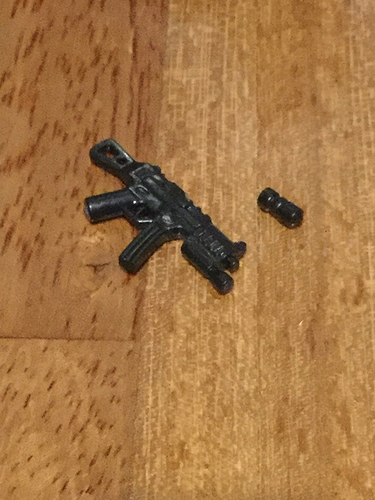 IMG_1565.JPG2448×3264 866 KB
Also, this little shooting blind is pretty cool, despite the spider for no reason.
All in all, these guys are definitely worth the money. Even if you’re only buying it for the guns, it’s worth it.
Next time, I’ll be reviewing the “rebel” minifigures from the same theme.
Comments and criticism is welcome!
9 Likes
Best Of LEGO Bootlegs
Fidda October 16, 2016, 1:17pm #2

His hat is stupid

Why? Snipers usually use that hat, the stupid thing is that he is holding a sniper and assault rifle

I think it’s an smg…

I could really see on my phone, my fault

well you are right there

I think it’s an smg…
Also, just because they wear that hat doesn’t mean I can’t be reminded of all the tacky hats people wear on vacation.

######I hate how most of these pieces looks so legit.
I’m pretty sure the guns are a rip-off design from another unofficial Lego seller.

They are. I can confirm that.