1,500 years ago, an inquisitive virus maker, Makuta Kojol, was assigned by the Brotherhood to obtain the Mask of Light. Prophecy foretold of a powerful Toa of Light rising to challenge Kojol and his allies, however the location of the newly-crafted mask left Kojol in an unusual predicament: it is located in the very region he is sworn to protect, ruled by Kojol’s powerful and respected rival - Artakha. 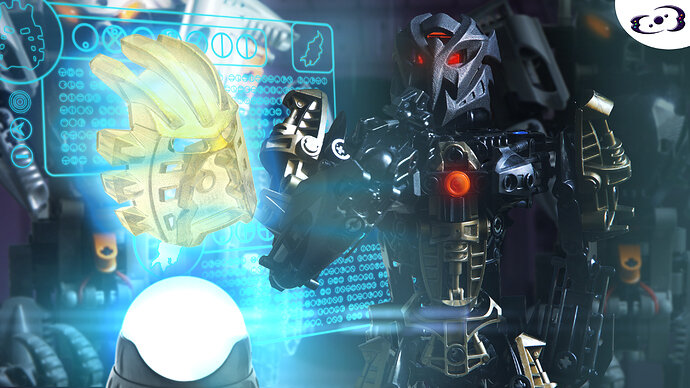 So, I got around to making Makuta Kojol, the same one that got killed off in the canon for attacking Artakha, for #MakutaMay. Credit goes to Underscored Double for helping out with making the moc (the torso and the wings in particular), KhingK for making the custom mask (which happens to be a Brotherhood variant of the Mask of Incomprehension), BobTheDoctor27 for painting the mask, and the Bionicle Generations picture on top being edited by JamPotStudios. Aside from my hope to develop things with this underdeveloped character further, I hope you all enjoy this interpretation of Kojol. Links to the rest of this are down below. 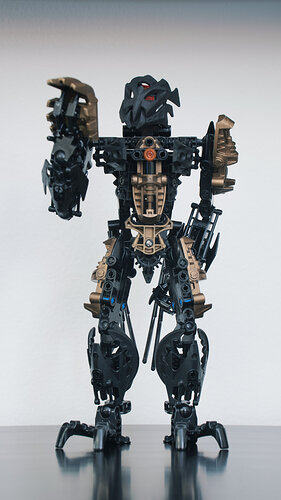 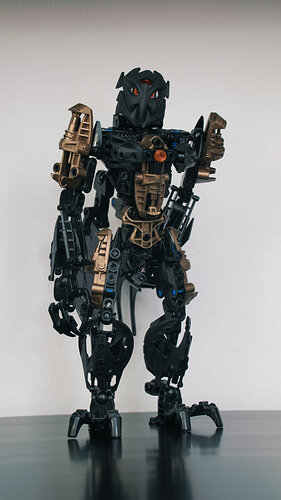 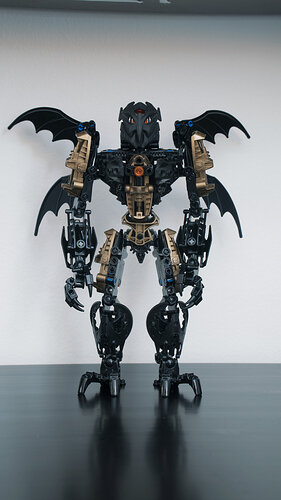 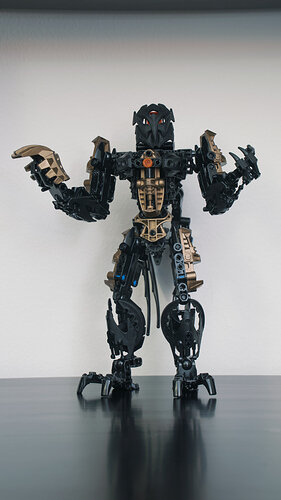 Links to images: Flickr, Instagram, Tumblr
Links to buy/print the brotherhood variant of the mask of incomprehension: Shapeways, Thingiverse

This MOC is canon to me now…

It may not be the most complicated of creations out there, but you’ve made a rendition of Kojol that looks like it could have been a set during G1’s time. The balance between the black and gold is very nice, and the wings fold and expand very nicely. The mask is glorious; it looks like something that might have come out of the LEGO Design Team.

My only suggestion might be to experiment with the feet. I know the gold shade might be a bit off, but it could be interesting to try out Reidak’s feet, if you have them. I would also consider adding a weapon, just for the sake of further completing the character.

Your first image is incredible, BTW…

I think it’d be cool to see Artakha in your style, if only to see the two of them paired up. Adding in a mock-up of Tobduk would also be a great way to go for future images (but now I’m getting overenthusiastic…

Excellent work, as always! Looking forward to your next creation!

Thank you very much! It feels good to have someone consider one of my mocs to be canon. Hopefully this isn’t the only one, but I digress

The mask was made by my pal KhingK as a collaboration between us. He and I figured that a brotherhood variant would work swell on Kojol. He’s a talented person and I look forward to both seeing and using more of his work as time goes by.

I might try all black piraka feet to see how it looks, despite my preference towards the two toed feet. I did come up with a spear after I took the shots, but I’m not satisfied with it just yet, to the point of which I might just ditch the spear and replace it with some other weapon.

I’m very glad that you like the first image! It’s for a project called BIONICLE Generations, which expands the arguably underdeveloped lore of Bionicle. JamPotStudios figured that a shot of Kojol looking at the Avohkii would be nice to post, to which I took a couple photos of the Exo-Toa.

Regarding Artakha, I’d love to make him but honestly, I have no idea how I would make him. I imagine him having light blue eyes and armor that is dark bluish gray, dark green, and gunmetal. His helmet would be similar to the G2 version but be in gunmetal and maybe h, resemble either the faceplate of the falconer predator or Sauron’s helmet from Shadow of Mordor/War. I look forward to the day KhingK makes the Mask of Creation. He’ll be basing it on the G2 version as well as concept art so he and I are just about on the same page.

Once again, thank you!

This moc and mask are just incredible works of art, take all the cookies.

Well it is still my birthday so thank you! Here’s some renders of the Brotherhood Mask of Incomprehension by KhingK. 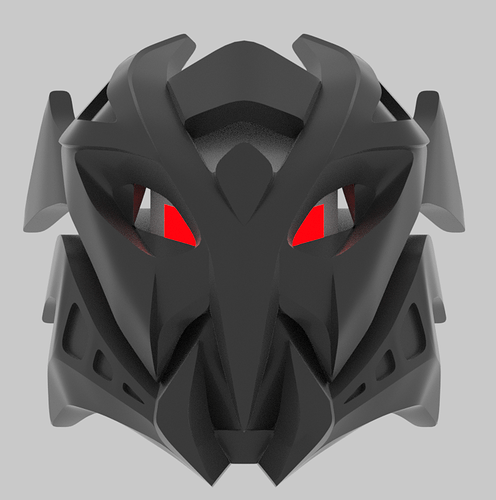 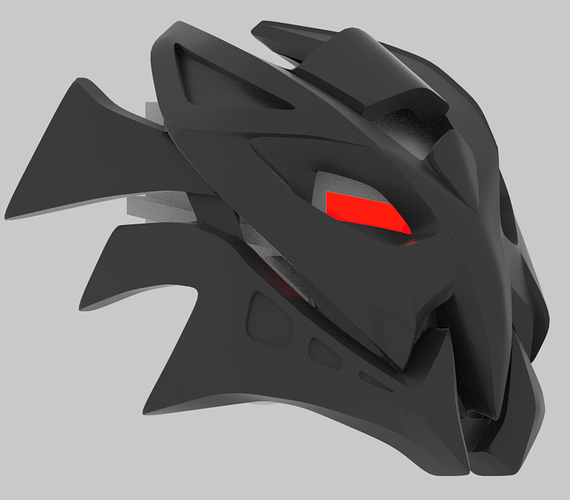 It looks so gooood.

The design looks extremely balanced, if that makes sense. Haha Thanos Haha Not only does it feel like a set, the mask, color scheme, proportions posing, and design just flow together in a way that really gives off character. Well done!

@Kardax Thank you. I’d like to do a vfx test with this figure in the future, similar to what I did with Zaria. However, instead of doing a test with one of Zaria’s missiles, it will be of Kojol’s chain lightning power.

@Sabretooth Perfectly balanced, as all things should be. I’m very glad that you like this version of Kojol. Making this moc has inspired me to write a short story regarding Kojol but it’s hard to come up with a personality for him since we know so little about him. However, I will say that his virus skills will have a prominent role.

Looks fantastic! I especially like the use of the dark gold / bronze colour - gives a darkly royal feel as opposed to the current / brighter gold. Mask is awesome too.

Thank you! I’m very glad that I stuck with dark gold for him; it provides a darkly royal feel indeed. Plus, given his alleged pompous personality, it fits him. I’m really happy with how the Brotherhood variant of the mask of incomprehension turned out. I look forward to using more Brotherhood masks in the future, such as the mask of aging on the Makuta of Stelt.
Interestingly enough, Karzahni used to have black and gold armor as well. It’s an interesting coincidence if you ask me, as I primarily went with black and dark gold as it looked better on Kojol than other colors. Perhaps Artakha used to be a more impressionable being and Kojol was able to take advantage of Artakha at some point?

That mask is fantastic dude. Great MOC overall as well.

Thank you! I’m very glad that you like the mask and the moc. I’ve seen your mocs and they’re pretty cool, which makes your comment even better. The mask maintains a balance between the traits of the original mask shown in the comics on a Le-Matoran and what a normal Makuta would wear.
Putting that aside, I’ve been working on the Makuta of Stelt. While I do prefer Kojol, I hope you will enjoy that moc almost if not as much as Kojol. Thanks for the kind words once again.