I am just now learning I have parts of that thing

Those sets taught 5 year old me to be careful about compatibility between brands.

So many broken sockets…

they taught me about compatibility between the same brand

Those were dark days

My- my- my goodness! Mata Nui! They are actually doing this?! I CAN’T BELIEVE IT!!
What do people plan on entering? And will the winner be made as a set?

This is awesome. It feels good to still like Bionicle right now.

I’d reckon if someone can make something look really good thats a nice split of old and current system modern pieces, and such as the modern technic pieces with mixel joints for a Bionicle, it could potentially inspire the teams at Lego to consider another Bionicle run.

As long as the winner is something that accurately represents Bionicle, without turning into all g2 or System, I’ll buy it no matter how expensive it is… unless it’s the price of the Milinnium Falcon. Then, I’d have to save up for it. Also, does the winner get royalties from the set?

I’d reckon if someone can make something look really good thats a nice split of old and current system modern pieces, and such as the modern technic pieces with mixel joints for a Bionicle

You mean, like most set revamps and the Canon Contest Titans?

Not quite. I imagine it’d have to be more simplistic in a sense. Lego always does a certain level of complexity. Lower part count, less greebled than some of those.

And will the winner be made as a set?

No, the winner just gets a bunch of the 90th Anniversary sets.

Lego Ideas contest winners don’t get made into sets.

Darn. I wish it would be sold, so I could buy one. There are very few Bionicle sets I can afford any more due to the lack of sellers around me who appear to be trying to part with them. Oh, well…

Very interesting Bionicle is being recognized in this manner. I’ll certainly be entering. Good luck to anyone else who does!

Is it just me or does one of these not feel like the others? 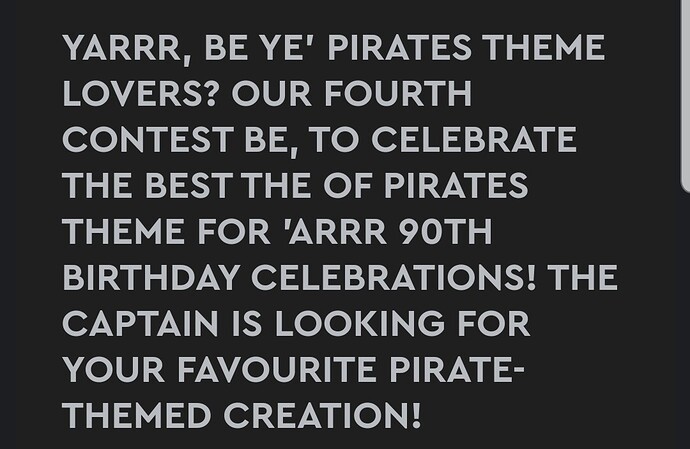 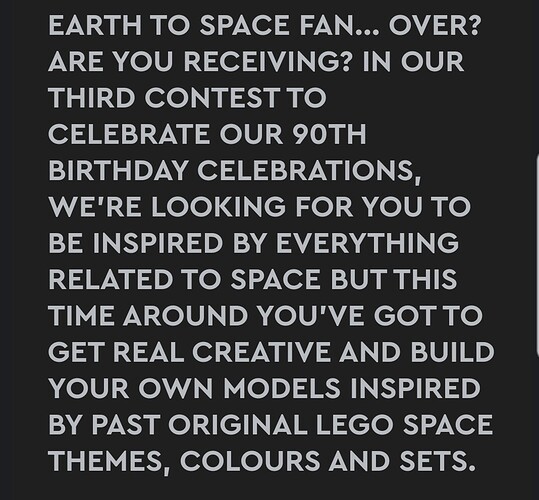 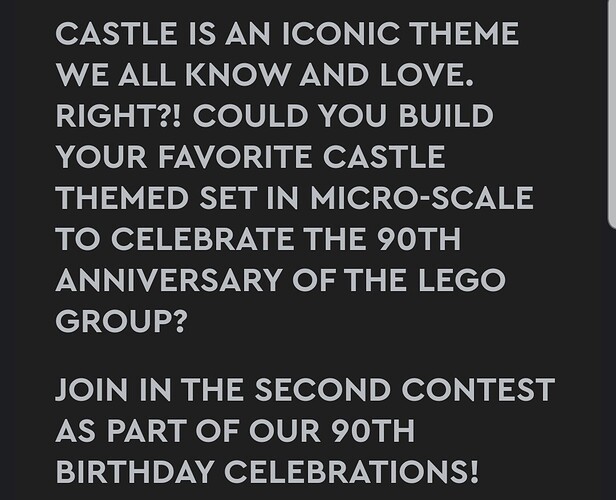 Anyhow I love that the contest announced yesterday is Bionicle themed and I’ll for sure will enter it with what likely is going to be a set revamp.

It seems a lot like the others if you ask me. Could you articulate further why you feel or think there’s a difference between them?

Maybe I was expecting something more thematic to the theme, like the space and pirates one, just feels like more effort was put into the other three.

Really? They didn’t do anything extra for Castle, outside limiting what could be entered, which was very similar to the prior 90th anniversary contest since that was micro-build focused as well. It’s not written in ye olde speaketh or anything like that, it’s straight forward.

I find both the Space and Pirate ones to be cliché and expected. It’s easiest thing they could do with the tiny word limit they’ve given themselves. Just add a few yars here and pseudo radio speak there. So what did you expect them to do for Bionicle? Write in a script that most people can’t read? Give a more limited theming? Just literally mention the three virtues and call it a day?

I love the idea here but I think the dumbest rule here is that you can’t enter a moc if it was posted online prior to submitting. Ibukky just made an amazing Lariska and I fear they won’t participate due to this rule. Also despite seeing a few people across 2 days present their entries, no entries on the site have been listed yet. It keeps saying “no entries have been listed”.

Just literally mention the three virtues and call it a day?

“Unity, duty, Destiny… And creativity. Our fifth contests celebrating our 90th birthday is all about the Bionicle theme.”