Lhii the Surfer - the game 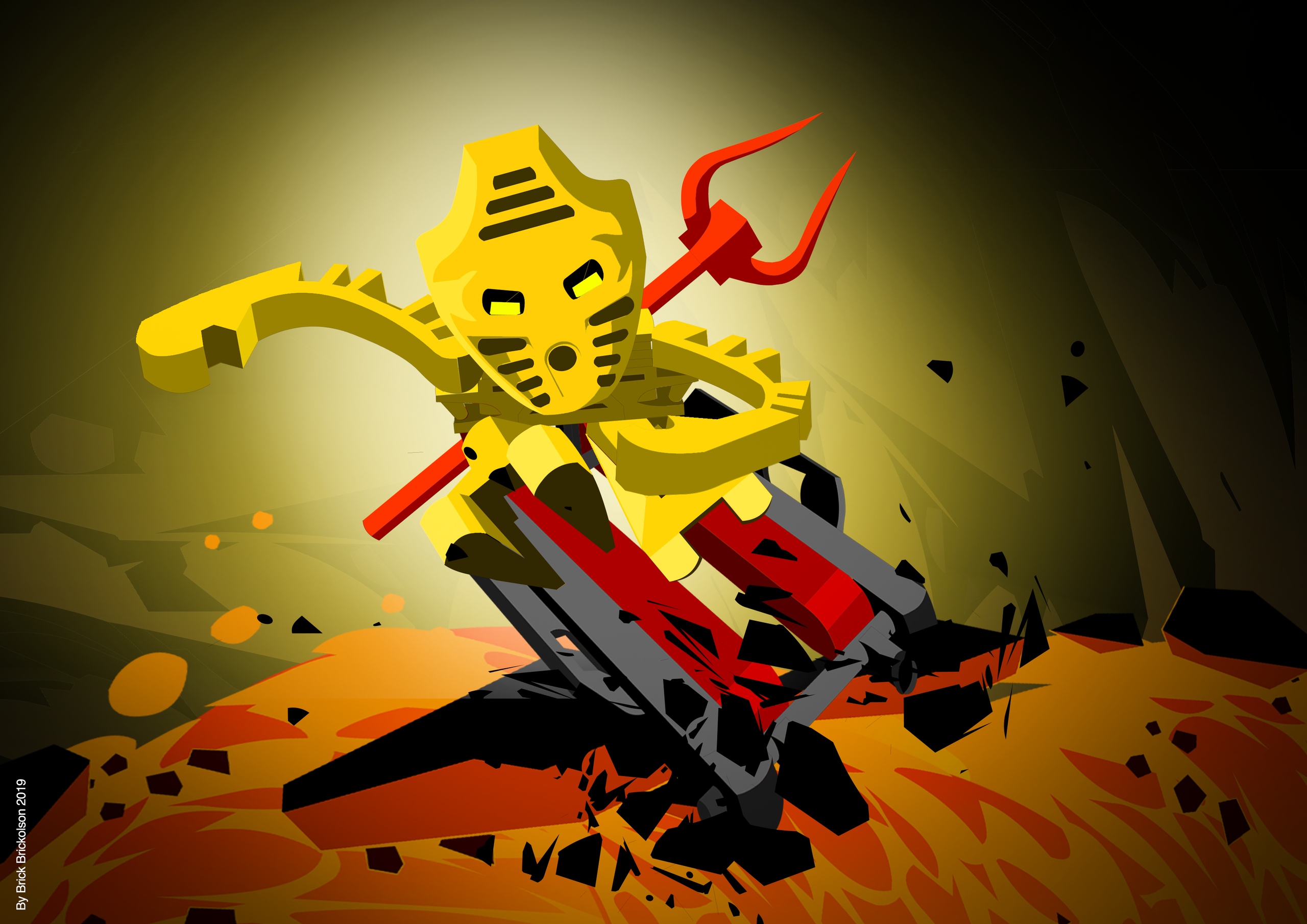 Retconned No More!
Meet the lovegiving Lhii the Surfer! The most narcissistic Tohunga in all of Mata Nui! Worshipped by a whole clan of yellow-faced surfers, able to erupt Mangai with one percent of his willpower and (uncanonically) loved by all Ga-Korans he was wiped from existence by the dreaded Makuta Gregus and his evil MOTHS, but you can stop it!

Following this link, take on his form and prove to everyone that you are the best Lavasurfer on Mata-Nui. http://balljoints.ru/lhii-game/

After I told the Russian-speaking community about Lhii in my article, my friends from Rusbionicle Discord server called RBch turned him into a big local meme (like Nobua for Beaverhouse). People have been constantly creating their own ridiculous lore about the clan of the narcissist surfer and even composed a hymn based on this song. And when @Peri posted an animation about Lhii, our community in Discord just exploded, which led the surfer to become our unspoken mascot and satirical character, in which we deride any “cult of personality” phenomenon in the community.

About the project itself and its creators

Despite the fact that the joke game about a meme character is, to some extent, a folk project, most of the credit goes to the guy with the little-telling nickname • • •, as it on his shoulders that most of the programming, as well as the original game idea and I helped him with the pixel-art aesthetic of the game. Then there is Levahk, whose platform Balljoints.ru was used as the hosting ground for this amazing game. And then, finally, the credit goes to some other amazing members of the Russian fan-community, the omega-beta-alpha testers Blink, Globus and Frozen, Eddy, the creator of the amazing trailer that you see above and Kohrak – the founder of the Vernushell band who provided the gorgeous soundtrack.

Gosh this brings back memories. This is the exact feeling I got from all those old sprite based games back on BZPower in its hay-day. The look, the controls, everything about this is nostalgic and it looks like so much fun to play. I hope to play this soon so I can give any feedback I may have on it. Until then, this looks outstanding.

This is a really fun, polished little game!! Im glad to know i indirectly helped to inspire its existence in a small way

The fact that it’s also Russian intrigues me even more. Everything about this screams Bionicle meme of the century, and it’s fantastic!

Will definitely be trying at some point, great work to everyone involved!

Tell the team that they did a great job!

I love the sprites for it and the golem that pops up reminds me of the old Gameboy game, where you played as Takua.