So this is a new exo suit frame that i built around 2-3 months ago. This is my character Magnus, just some inika build who wears a giant exo suit. With Magnus’ mech i wanted to give it an angelic theme or noble warrior feel, where as my other mechs are more military.

I heavily based him off of aoe/dotm Optimus prime in terms of weaponry. 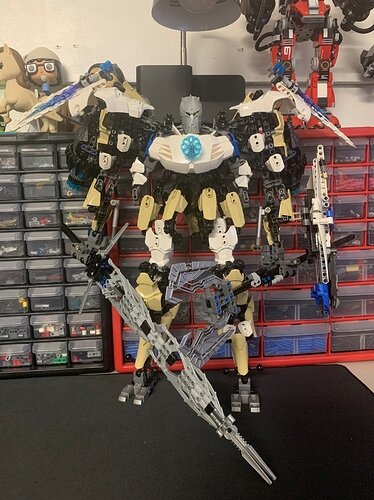 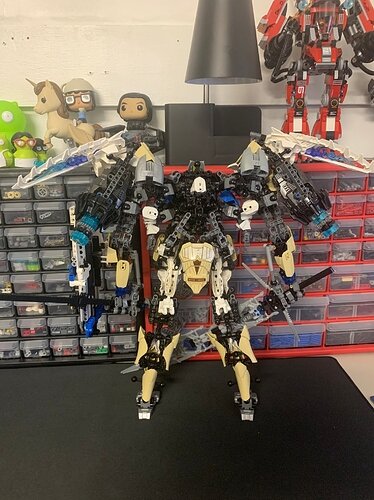 the back is rather bare cause i’m lazy and easier for the sword to be placed on the back. 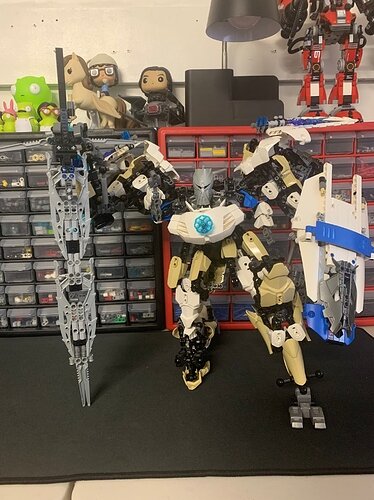 One of my few mech suits that can actually take a knee. 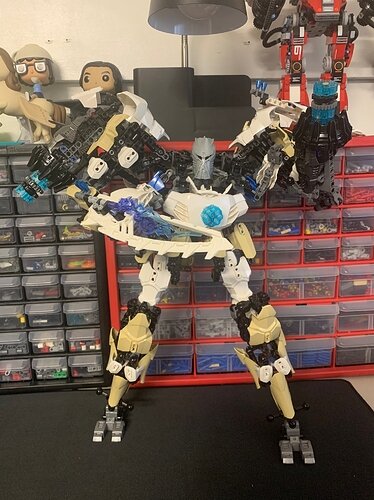 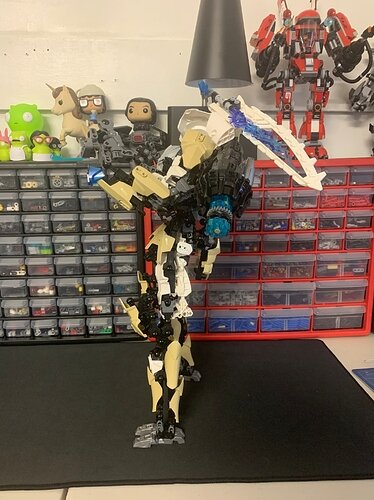 side view, if you look closely you can actually see how the toa’s legs connect to the mech. 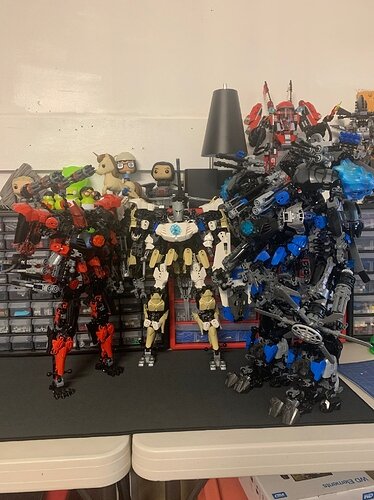 Magnus and some other mechs i’m working on.

The build is kinda messy and the color is very inconsistent, but I like how insanely huge it is.

The colours don’t mesh well for me, white sand and blue? huh?
it could work but not like this

Ye, it’s big, it’s grand, but not so good. The colors kinda clash.

Oh NOOOOOOOOOOOO!!! YOU TOOK MY TITAN MOC NAME!!! Just kidding, the Moc looks good except for the exposure on the back.

@LegoDavid @Bloodarchmage @Toa_Radrix , I’m sensing a pattern here… lol but yeah, I’ll probably change the sand colour to white and maybe add some gold, idk yet. Was actually thinking about maybe even turning this mech+pilot to a mata nui exo suit with just gold and black.

@IceMan Thanks! haha, my bad. i actually took the name from Ultra Magnus. just checked out your Magnus though. Sweet battle Hammer and love the foot design! and yeah when i looked at the back, i was thinking “I’m gonna get blasted for this”.

Hahahaheheheh, your good, If it makes you feel better I named my Moc after a nerf gun. Lmao

haha, yeah sometimes i don’t know when to stop. wait til you see my exo suit for an exo suit that also transforms into a helicopter.

This titan of a mech is absurd, and I love it. It’s odd proportions and erratic build are just so appealing to me.

The thin and long legs contrasted by the broad and bulky, yet short torso, and the large bulky arms. It looks amamzing to me.