Dangit.
Well, at least it's not Howard the Duck

So they are going with the Civil War timeline then? Now if only Spidey was there. I personally liked his Civil War outfit.

Wait, this is for real? I'm not sure XP
-Oonie

I'm happy, but I'm saving the dance of glee for the day they announce Moon Knight.

He might be... there are rumours that he will appear in some form due to a deal between Marvel and Sony.

Civil War is gonna be great. Also Guardians of the Galaxy 2 was announced. Phase 3 is already looking awesome and its not even 2016.

Age Of Ultron
Massive amount of potential, hopefully Ultron is a relatable villain even though they plan on making him insanely evil. Always loved robotic villains, so this film has the potential to be my favourite. 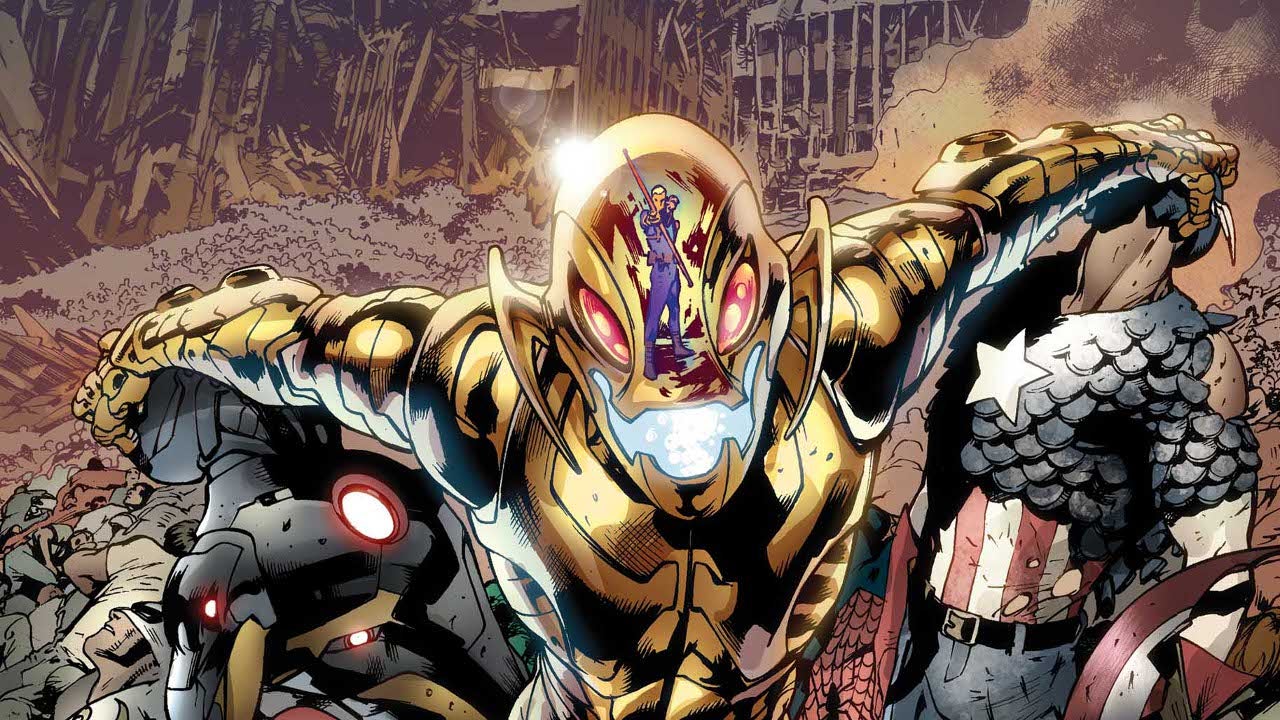 Ant-Man
Not too sure what to think about this, nothing major to interest me now that Ultron is built by Tony Stark instead. I suppose it could be a fun film as apparently a lot of the film is essentially a bank heist style escapade.

Captain America 3 - Civil War;
Was hoping that we would see Bucky return as the Winter Soldier for a film of the two finally working together, instead I wouldn't be surprised if this is Captain America's final film or if they fake his death in a similar style to his comic book death.

Doctor Strange
Has the potential to be amazing, hope that Benedict Cumberbatch is actually in the role. Though honestly I need more to convince me about this.

Guardians Of The Galaxy 2;
The first film was a refreshing break from the regular drama of the MCU, the second should hopefully only improve and with an appearance from Thanos almost certain it'll definitely be intriguing to witness. The destruction of Xandar seems likely as Thanos acquires the Power Gem. Adding the potential appearance of Adam Warlock this has a lot to live up to.

Thor Ragnarok
Honestly, this is the film I am most looking forward to. With the arrival of Surtur, The rumoured Asgardian and Human war, The Fall of Asgard and Thanos gaining the Infinity Gauntlet. Massive amounts of epicenes to be had and Loki is sure to provide some good comedy and drama.

Black Panther
The least known for me, I've never read Black Panther or seen any material with him. The main drive comes from the idea of him being a separate entity in the Marvel universe exploring how the other superheroes react to the coming threat of Thanos and the villains that threaten Earth.

Infinity War Part 1
I feel this film will mostly be introducing the Guardians Of The Galaxy to the Avengers, as they arrive on Earth to warn of the coming threat. This film is bound to break box office records, even though I dislike the idea of it being separated over a year. I'm calling it now that this film ends with Thanos acquiring all of the Infinity Gems and putting on the Gauntlet. 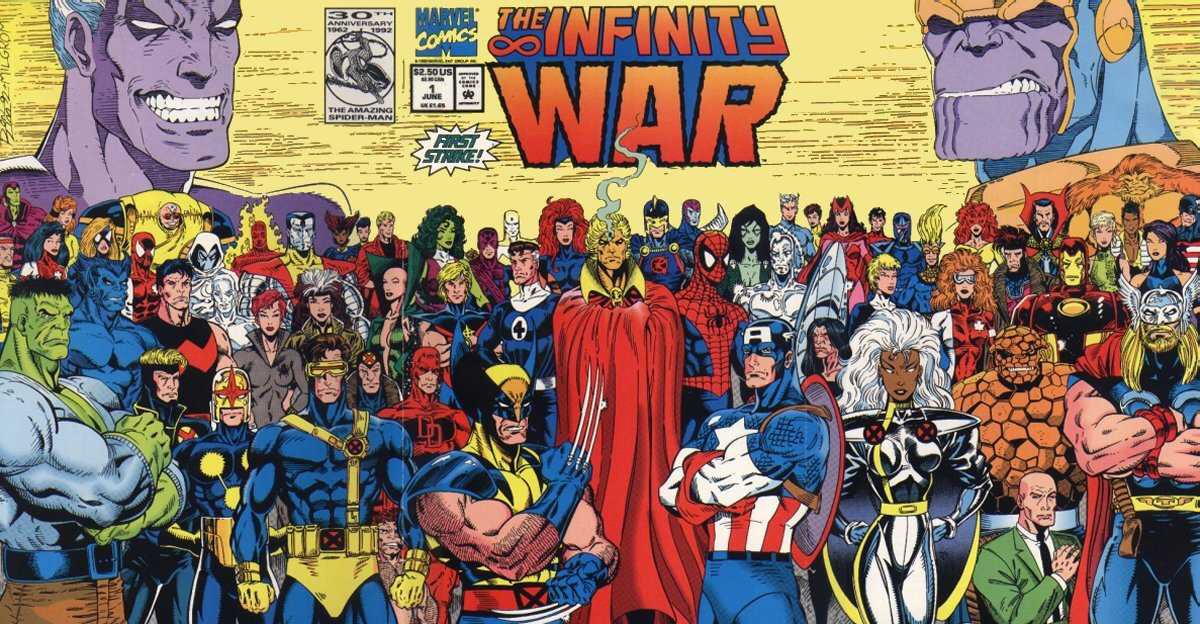 Inhumans
Would have preferred the 'Runaways' however I suppose this will be an interesting film, once again don't know much about this movie. Though I wouldn't be surprised if this is setting up yet another team to join in the Infinity War.

Infinity War Part 2
Guardians Of The Galaxy + Avengers + Inhumans. This is the film where It all goes to hell, expect a lot of characters to die and for the universe to shake as the awesomeness that is the MCU reaches its climactic battle. Though sadly I feel we all are pretty sure that Drax will have the final say as he will likely kill Thanos like the comics.

In mythology, Ragnarok is the end of the world. Basically, a lot of stuff goes down, everyone/thing dies, and Baldr recreates a new world. But I doubt Marvel Studios will do anything like that, so...

I think they just use the name, 'cause it sounds cool. I don't think they care that much about Norse Germanic mythology :/

Inhumans
Would have preferred the 'Runaways' however I suppose this will be an interesting film, once again don't know much about this movie. Though I wouldn't be surprised if this is setting up yet another team to join in the Infinity War.

Ooooh, I love the idea. But I think Runaways might actually work better as a Netflix TV show, to be honest. I'm pretty excited about the TV shows.

In mythology, Ragnarok is the end of the world. Basically, a lot of stuff goes down, everyone/thing dies, and Baldr recreates a new world. But I doubt Marvel Studios will do anything like that, so...

Ragnarok is supposed to be the end of the world; obviously enough, in mythology, they didn't actually tell the tale of the world ending, they just predicted how it would go down. Obviously enough, Ragnarok isn't going to end with Midgard being destroyed, but I take it to mean the end of Asgard, which I honestly do think is going to happen to pave the way for Infinity War.

I'm just extremely over-excited and over-hyped about this. I mean, the MCU used to be just a bunch of unconnected movies, but now they're expanding the universe so much that it feels like the comics. =D what a great time to be alive.

Is anyone else wondering when Captain Marvel and the Inhumans fit into the storyline between infinity war 1&2? I am going to assume that both infinity wars happen one right after the other, so do these two movies happen before or during or what?

It's possible that they might pull a guardians on us and say "these happen in space, so they are unaffected", but captain marvel has quite a bit to do with earth, and I think the inhumans does too, but I'm not too familiar with their backstory.

One thing is: I REALLY hope that they do a movie for the Secret War Storyline.

This was originally part of the AOU hype thread, not really cool for it to get flagged whoever moved it

well ,well well, what's this I have found

Wasn't this debunked to be fake?

nope, this is definitely real, I will link you to this