its straight forward, do you prefer the toa mata or nuva incarnations and why?

I personally like the designs of the mata more, with the exception of Kopaka nuva, he was really cool.

Nuva. I became a Bionicle fan in 2006, so the Nuva were the forms I was introduced to those characters in. They feel more iconic, but I gather I’m in the minority with that one. I’m also quite fond of all of their masks, which again I feel most people aren’t. In general I just think those designs are ace. The Mata forms certainly have their own good elements and iconography as well, but when I think of the Toa of Mata Nui, the Nuva are what come to mind.

(Also, this feels like a good topic to have a poll for?)

I prefer the Mata but I like how the Nuva evolved them. Would prefer to put the Mata masks on the Nuva, and I am torn between their weapons. I like them both for different reasons.

I think the mata are more consistently good than the nuva.
I think I like the nuva more than most people (nuva masks good) but some of them are definitely weaker than others.

I never got any of the toa mata sets until much later in life. So my first sets were the toa nuva so i like them a little bit more for that reason. But I can see why most people like the toa mata more.

thats sorta how i feel, both are good but hard to judge one over the other

thats sorta why i like the original g2 designs, they feel like updates that combine mata and nuva traits

I prefer the Mata. The Nuva masks are too organic and too large, and the Nuva Kaita (especially Wairuha) are repulsively ugly. The Nuva certainly look like more powerful forms of the Mata, but that image would have been helped if the actual sets were larger to the same degree that the masks were.

Mistika Actually the Mata because of their classical design. But the Nuva feel more refined

Mata could probably win on masks alone. I really don’t like any of the Nuva masks

funnily enough, for the longest time the only one of each i had was mata and nuva pohatu as he was my fav, and i would put the mata mask on his nuva body thinking it looked better

Clearly I’m not the only one who thinks that the Nuva masks look nothing like the Mata ones. Well, Kopaka’s mask still has its telescopic attachment, but that’s it.

Hm. This is tough for me.

I guess I’ll have to say Mata because that’s what I grew up with, and to me they’re the most iconic forms of the Toa. You only need to look at G2 and its designs to see their influence.

There’s something about the kinda slim, barebones sort of look the Mata have that’s appealing to me. Don’t know what it is.

That being said, I do enjoy some of the Nuva changes. Generally speaking, while I prefer the slimmer Mata, the Nuva armor set is really good. Some of the weapons are also more appealing to me and perhaps even more iconic like Tahu’s dual fireswords and Kopaka’s spear/staff/ski thing.

However, I think I do prefer the Mata weapons for Gali, Onua, Lewa, and Pohatu. Lewa’s axe is more unique than another set of swords, Gali’s hooks make an interesting shape, Onua’s claws are just iconic, and Pohatu having no weapons and just relying on his feet feels very in character.

While I do like the new armor and weapons of the Nuva I’ve always felt the Nuva masks were oversized and the more “organic” look came off bit goofy compared to their Mata counterparts (Miru being the one exception) for most of them so I tend to lean Mata.

But what do I know, my favorite versions of the team are the 2008 ones (aside from the socket cracks of that era).

I prefer the mata, because to me, they’re (slightly) more iconic, unique, and all have better masks.

(Also, this feels like a good topic to have a poll for?)

Yes it does. I’d make one, but it probably belongs in the original post

Well, I think that a mask is one of the most defining traits for a toa, so it’s always nice to see new and unique ones. Reusing the old masks would make the toa nuva seem more boring and unnecessary. Plus, they aren’t bad masks, per se.

Mata for the Kakama, Nuva for the Miru. I can’t decide between the two. They both have aspects I really like.

mata all the way, I think the nuva masks look so… rich spongebob. 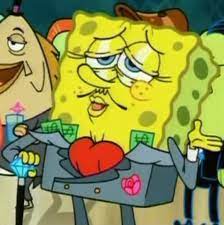