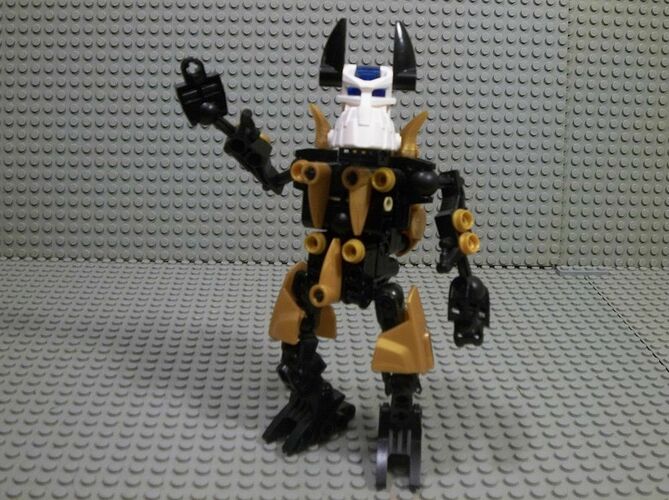 "Hello everybody welcome to the TTV Podca- 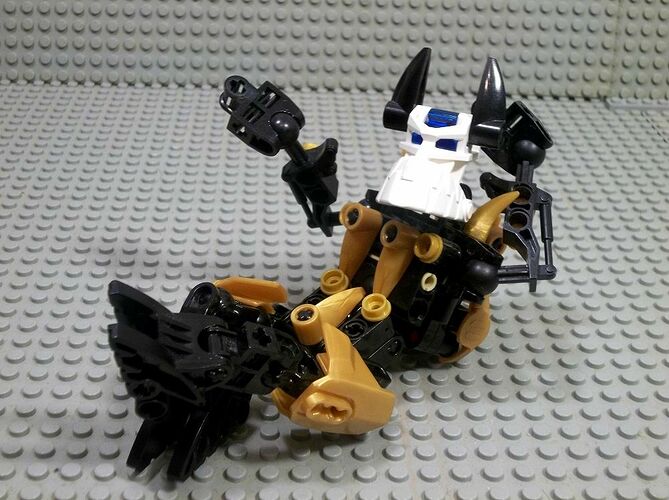 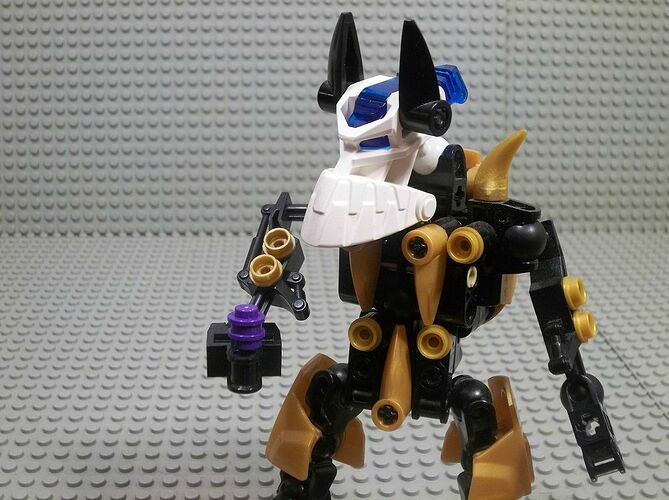 Happy birthday @Mesonak! I hope you’ve had a grand day!

Thanks a ton for everything over the years. You are in many ways the face of TTV, and you bear that burden extremely well. I want to say a special thank you for putting up with me not once but twice on TTV.

I originally made this caricature of Meso way back when I appeared on TTV 132. In all honesty, I’ve just been to lazy to upload pics 'till now (though the MOC did make it to Brickfête Toronto 2015). This guy’s is my favourite out of the half-dozen or so TTV members I’ve made so far as tribute MOCs (probably because he shares almost his entire build with the Dark Hunter I made a while back and put way too much effort into). Of course, it borrows heavily from @Venom’s amazing MOC interpretations of the crew.

As always, comment and critique are greatly appreciated. And if you haven’t already said happy birthday to the raisin man himself, now’s a great time to redeem yourself.

Great Job! Love the custom torso! Only con for me is that he doesn’t have a weapon, I would love for him to have an over sized sword! Also HAPPY BIRTHDAY MESONAK!!! But seriously @legomaster1378 it looks great!

It looks pretty Gr8 M8! Have a Fake Cake!

Only con for me is that he doesn’t have a weapon,

I seriously never considered giving him (or any other of my TTV MOCs) weapons. I’ll try out some things.

I seriously never considered giving him (or any other of my TTV MOCs) weapons. I’ll try out some

A giant Amazing Raisin that he throws at people.

This is awesome! That torso design is genius. Have you posted instructions for that torso elsewhere? I’m really curious as to how that is built. I really appreciate this.

Thank you also for the compliments.

Oh, cool. I’ll go check out tha- Wait… I have listened to that one.

"Hello everybody welcome to the TTV Podca-

Well the MOC itself is pretty great, but the dark blue eyes sorta threw me off. =p

Thank you also for the compliments.

That torso design is genius.

It is? I just slapped a bunch of TECHNIC together.

But sure, I’ll put up a tutorial sometime

A giant Amazing Raisin that he throws at people.

Don’t you mean the “Absolute Certainty” one (with him kicking back)?

but the dark blue eyes sorta threw me off

Yeah… for some reason I thought Ven’s original MOC had the dark blue eyestalk. Derp. I do have a light blue one, but it’s currently being used on a Matoro Metru MOC I’m finishing up.

Well the MOC itself is pretty great,

Thanks a bunch guys!

Naw, in the “Can’t change username/Legomaster is cool” Topic.

Don’t you mean the “Absolute Certainty” one (with him kicking back)?

They’re all adorable, but something about him just standing there and waving is extra desu desu!

Does a small version of Messonak remind anyone else of Bekom?

Does a small version of Messonak remind anyone else of Bekom?

Never heard that one before…

He’s a wierd black piraka skull on legs thing in maniamac1613’s videos. But I guess not everyone has seen those.

Never heard that one before…

Just checked him out. He seems like a pretty funny guy.

What in the name of Mata Nui…

This just got put on the “Hot Topics” bar. Yay!

I’m out of jimmies…

That is an Amazin raisin of a mock Mang XD! I love i!

This MOC just rocked my sock lel, I rhymed