Even before I started building Matoran, I wanted to build a guy that sells masks. In order for that to happen, I had to build him at a bigger scale than usually; though I might use this new build for every future Matoran MOCs.
So here he is, the Mask Merchant (no name yet): 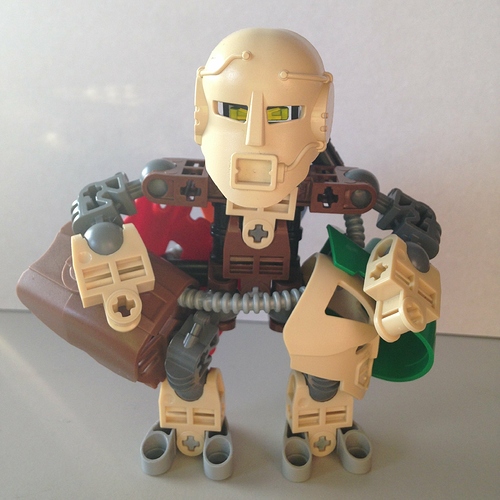 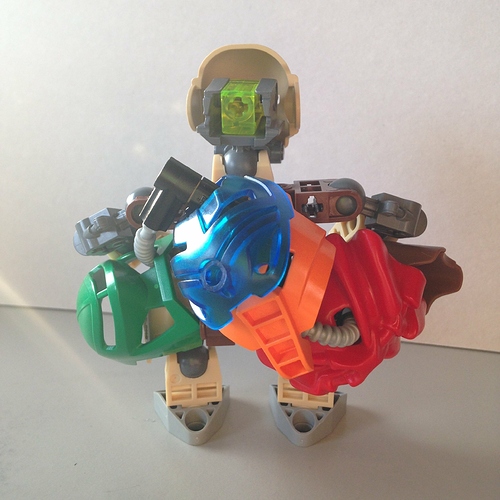 Now onto the second MOC, which uses almost exactly the same build, Krumun the Mask Maker. He actually has a backstory, which I’ll try to summarize:
-Krumun is a disciple of a Bo-Matoran mask maker
-Bo-Matoran mask maker dies because of the bad guys
-Krumun recovers the deceased one’s wooden hammer and carries it with him
-Krumun and five other Matoran are sent to the place where they become Toa
-Krumun struggles to keep his element (Shadow) from taking over his body
-Krumun kills one of his teammates after losing control, making him semi-depressed and untrustworthy
-The Toa still manage to kind of beat the bad guys, Krumun fulfills his destiny, gives up his Toa powers and transforms into a Turaga
-Krumun still feels horrible because of the murder
-Krumun runs away from society and lives in the northern mountain range, where he builds up a mask workshop, as some kind of therapy

Yeah, that’s still a lot.
Here he is: 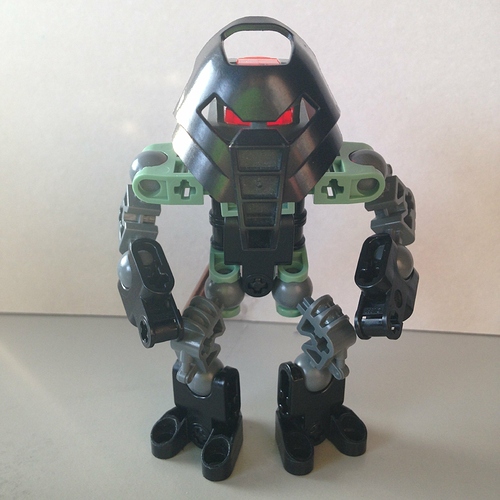 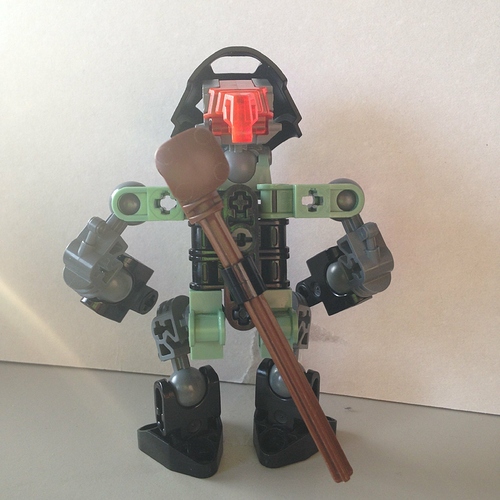 And here a little picture-story about an encounter between the two: 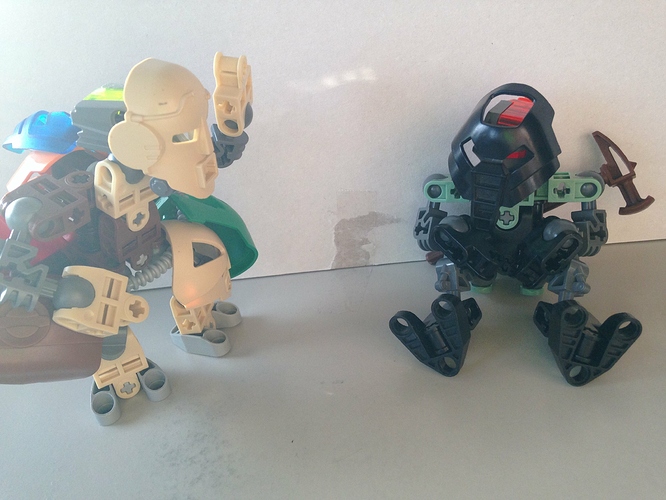 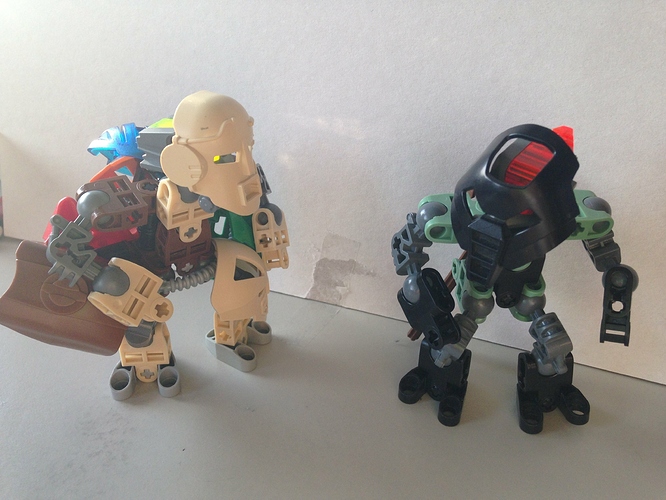 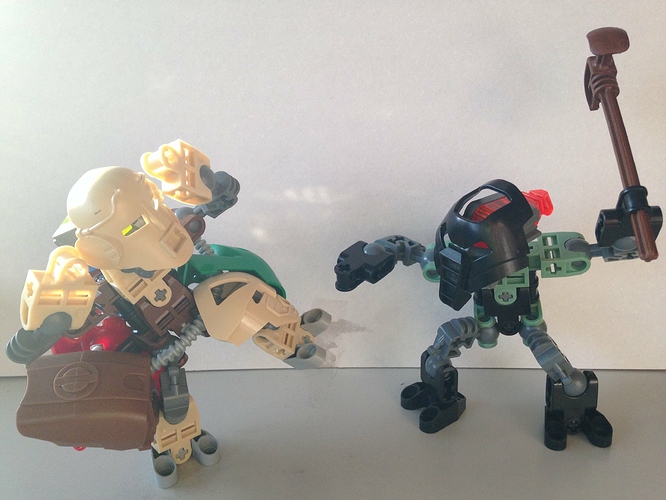 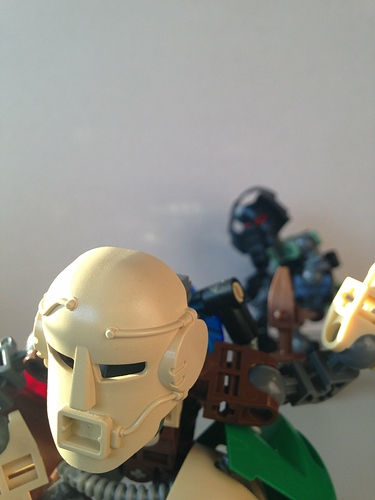 I really like them. They’re kind of groundbreaking for me, with their builds not using a single balljoint.
Comments!
Criticism!
Thanks!

These are nice little builds, I like the colours used on the one with the hammer. Good job

Two very captivating characters. I love the colors of each, particularly how well the sand green looks on Krumun.

How did you make these?

Duuuuuude, I want a how-to on these. These lil bois are probs the best Matoran builds I’ve seen.

I’ll do that tomorow.

I love the sand green on Krumun.

Your mask merchant, I think, is way better than mine! 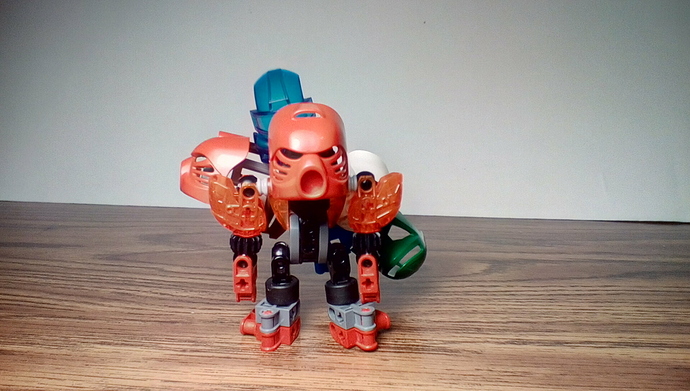 The merchant reminds me of the the happy mask salesman from Zelda.

Neat builds; keeps the articulation and stature of the Metrutoran, adds the custom aspect of the Voyatoran, and retains the minimalist look of the Mctoran

Thanks for all the nice comments!
@HewksDKowlihad
Here it is!
HowTo: MOC Tutorials