Modicius, born over one millennia after the fall of the Makuta, lived in a small kingdom, ruled by his family. Growing up, he was constantly under the shadow of his older brother, Inannus. He also grew a strange fascination for the Makuta that had once ruled. Once his parents died, his brother, Inannus took power over the kingdom. Modicius, fearing what Inannus would do with so much power, plotted to overthrew him, and to claim the kingdom for himself. 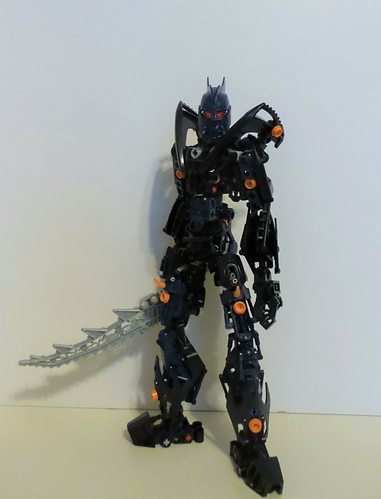 Many years passed, and Inannus had become more vain and cruel as the years went on, but Modicius had finally gathered enough support to overthrow him. In one valiant effort, he seized control of the castle, and banished Inannus to the woods, never to be seen again. 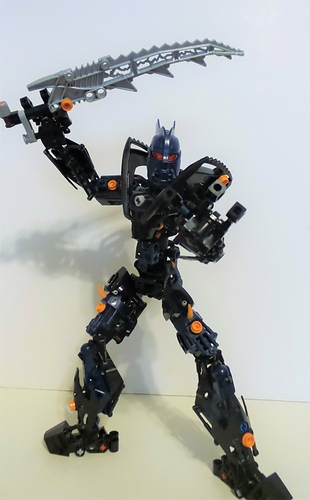 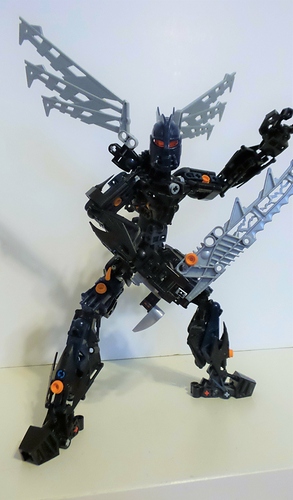 For the first few years of his rule, he was fair and just, but as the years went on, he became more greedy, and ever more like Inannus, before him. After a few years, he had conquered many neighboring kingdoms, and gave himself the title of Makuta, to show his true power. 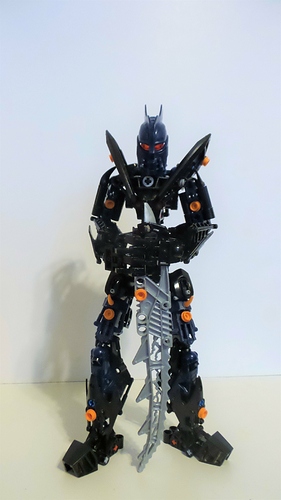 He then established the New Brotherhood of Makuta, and purged the non-believers. Next, he ordered his army to search all over to find the last relics of the Makuta, carried over long ago. Unfortunately for him, Bilia’s Team, including pre-mutation Atrox, put an end to his reign, and freed his kingdoms, soon after he found the mask once worn by Teridax. 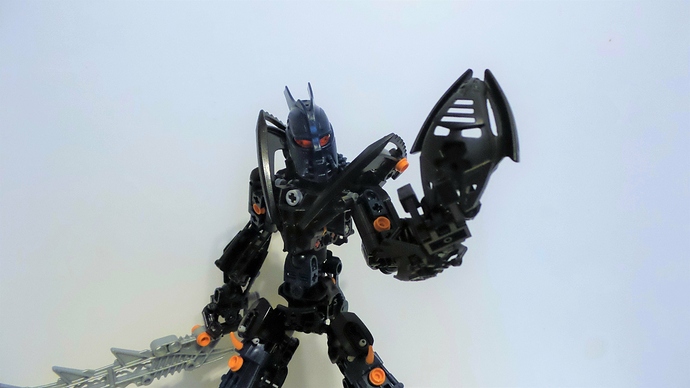 I had no clear idea pf what I wanted to do when I started making this Moc, but I saw some cool drawings of some Makuta, and I was inspired to make something once more. His torso started out similar to Inannus’, but I modified it to be different. Overall I really like this Moc, going so far as to make it my Self-Moc, though not the story. Unfortunately, my pictures turned out a little darker than expected (they looked better on my camera), so I had to edit them afterwards, so I will try to take some new pictures later if need be. If you have any comments or ideas, please comment, and I’ll be sure to answer them shortly. 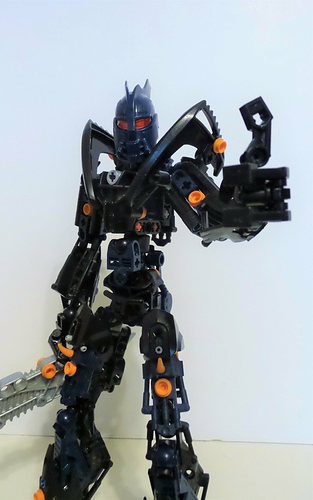 Thanks! When I finished building it, I realized he could probably go with some more colors.

Where is that sword from?

Nice. I like the color distribution and the look those blades on his shoulders give him.

Thanks! I was worried the little bits of orange may not have been enough. I have to agree, the shoulder blades (?) are one of my favorite parts, and give him a nice look.

Nice and appropriately dark. The torso however could use a little widening.

I agree it could use a tad, but in this case, I think it really does help to see it in person. I also had a hard enough time making this torso, so I don’t really know

Love it! He’s got the makings of a good self-MOC - a common but relatively unused head, a distinctive colour scheme and a few really interesting design quirks. I really like how the fins sort of echo the crest on the top of the helmet.

The build is good. Looks rough in some places and not so much in others. Not a fan of the orange spikes that only appear on his upper thigh and nowhere else. I feel as if he could use a more interesting weapon too.

In regards to the orange spikes, I agree, but I added them because I felt he needed more orange. As for the weapon, I agree with your point, I don’t really know what else to use. If you have any ideas in general, I would like to hear them, thanks!

I’ll link you to the weapons page for a tabletop game I play. It’s extensive, and I think you might find something weird and wonderful. Especially if you scroll down to the Exotic section.
http://www.d20pfsrd.com/equipment/weapons/

A small update as suggested by @Gringat, to Modicius’s weapon, which is much different from the last. 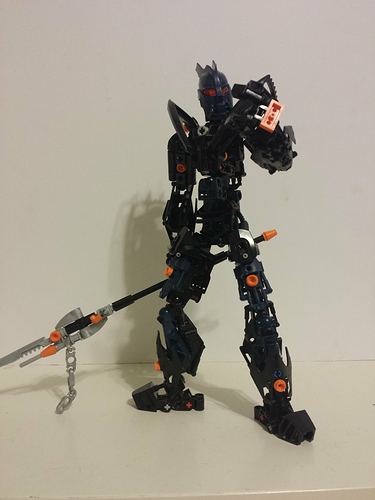 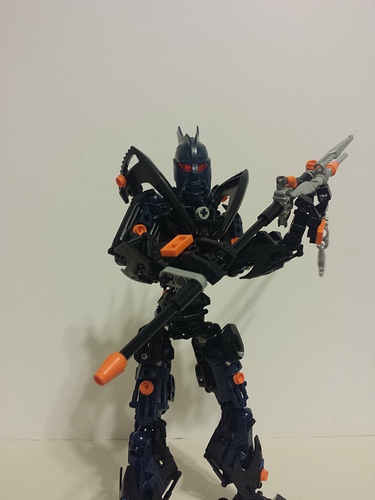 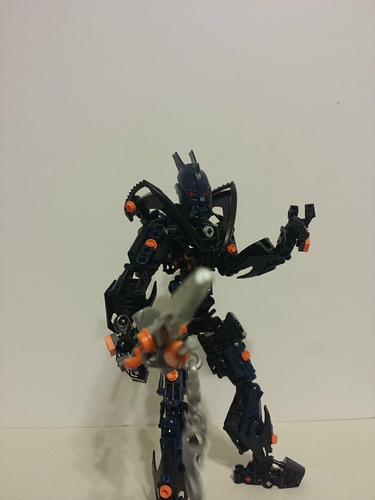 When it comes to photo quality, I know these aren’t the best, as I was rushing to get some decent proof-of-concept pictures out. The inspiration for this came from many fantasy weapon designs provided for me, but mainly from Medieval weapons, including halberds, and the Ahlspiess.

Do you think this weapon fits Modicius better, or is it in need of a re-design? Please leave any comments or criticism down below, and I’ll address them as soon as possible.