Right, Here I am again with another batch of Female Toa.

First, Is Kithara the Rahkshi hunter 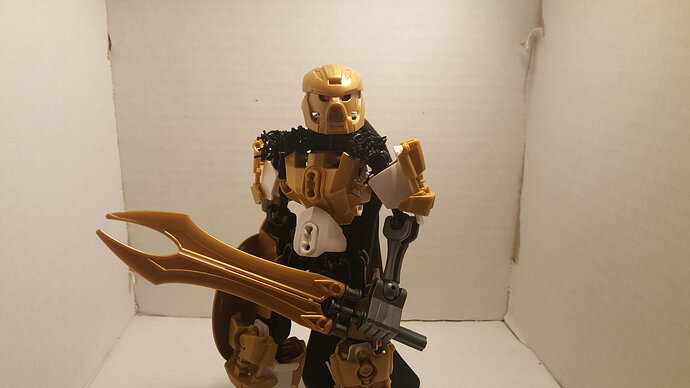 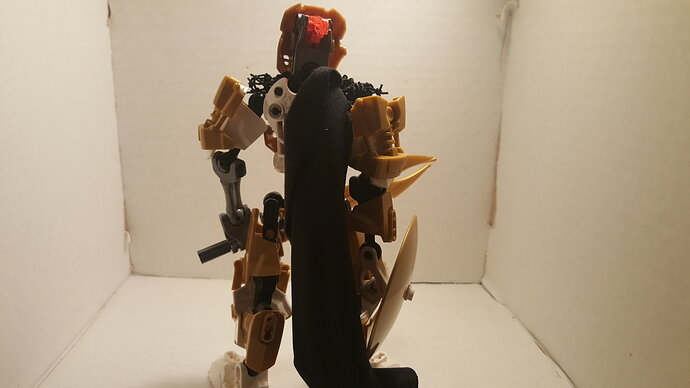 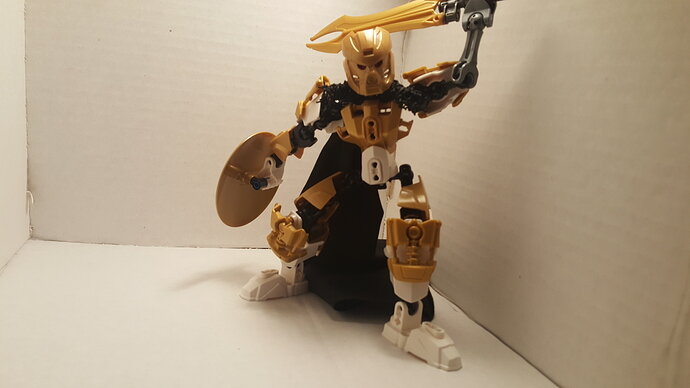 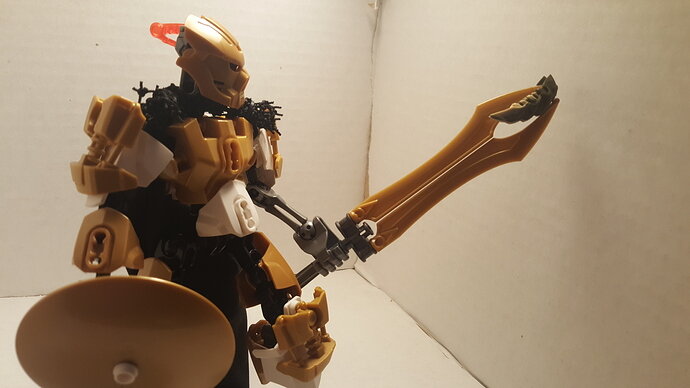 Kithara is a toa of ice, and she was the leader a resistance team during Ol’ Teri’s takeover of the MU. During this time, she was poisoned by a Lerahk, and had to cut her arm off to stop the poison. It was subsequently replaced when she migrated to Spherus Magna.

She was heavily inspired by the Skirmishers from XCOM 2: WOTC

Next is, Hilkarai, the flaming experiment… 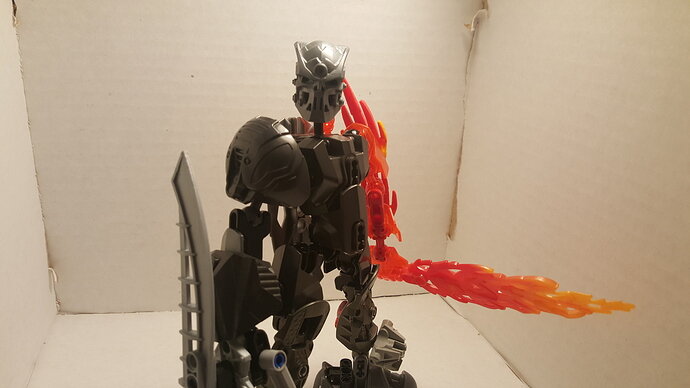 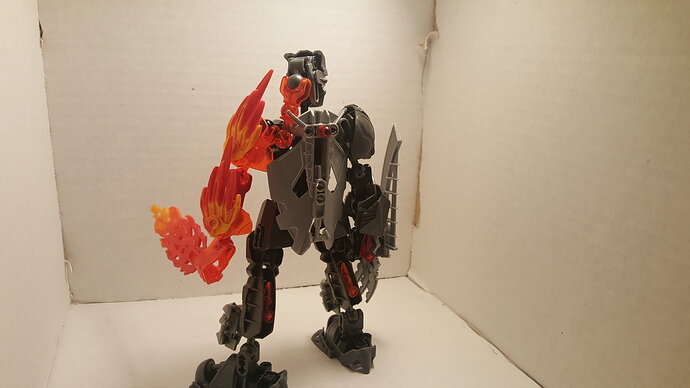 Yet another front and back. 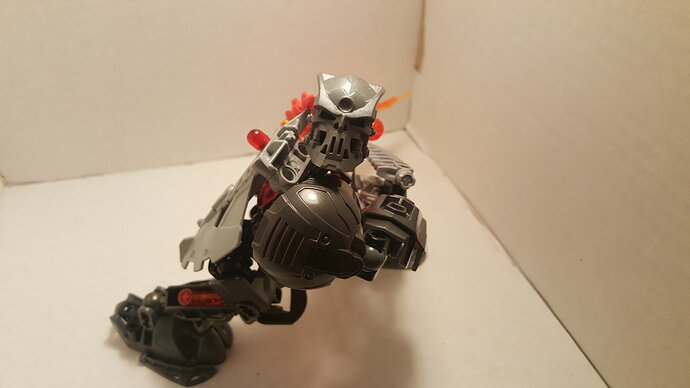 Hilkarai Was An order of Mata Nui member, and she participated in an experiment to give her additional powers. While the experiment did give her fire powers, It also transformed her into a being of solid flame. While this was cool and all, it was somewhat impractical, so the Order constructed a containment suit, that kept her flames contained, though she does need to vent the flames occasionally, She is capable of making a sword of solid flame. 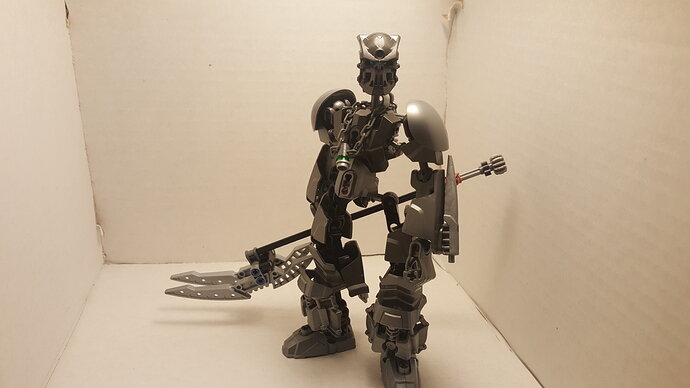 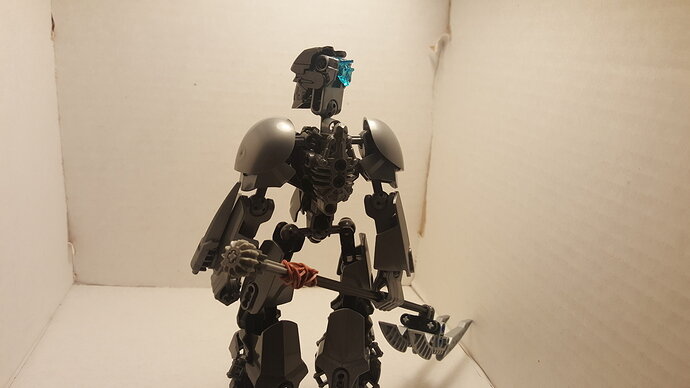 yet another front and back. 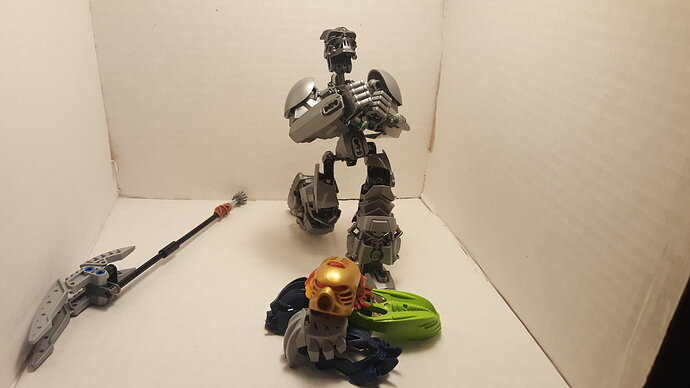 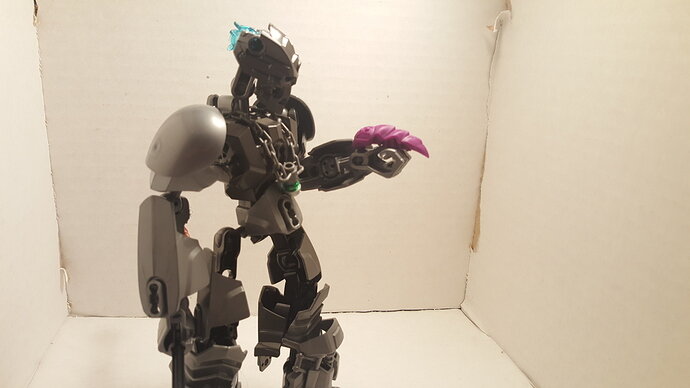 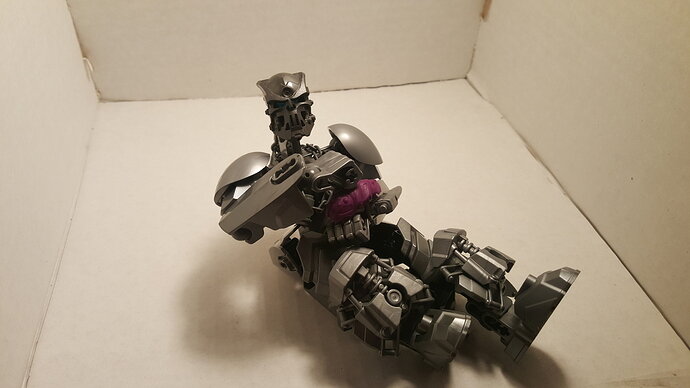 Pilkia was Makuta’s Daughter. Now before you start telling me, “Love Isn’t canon!” She’s adopted. During the Brotherhood’s purge of the Matoran of Iron, Teridax led a raid on a village of them. After he had slaughtered most of the Inhabitants, he found Pilkia hiding in the ruins of a hut, and he had mercy on her. He Took her back to his fortress and raised her as a daughter. Later on, when she became a toa, she became his personal hit-woman for knocking off the other Makuta. After his defeat, she left for Spherus Magna, determined to avenge her Father. She now leads a small group, determined to kill those responsible for his death. She carries a small vial of Teridax’s antidermis, which was given to her when she was still matoran. She also has a pet Kraata-Xi named Momo which she has raised to Shadow level.

As always, comments and crit’s are welcome.

I like both of the builds here, but I feel the torsos could be a touch larger overall - longer/taller, but then necessarily a little bulkier.
Otherwise, I like both the narrative and the overall style - it’s nice to see some well done CCBS builds.

Thanks. It’s good to have some feed back. I started using this 4 piece Assembly about 6 years ago, and it’s worked since.