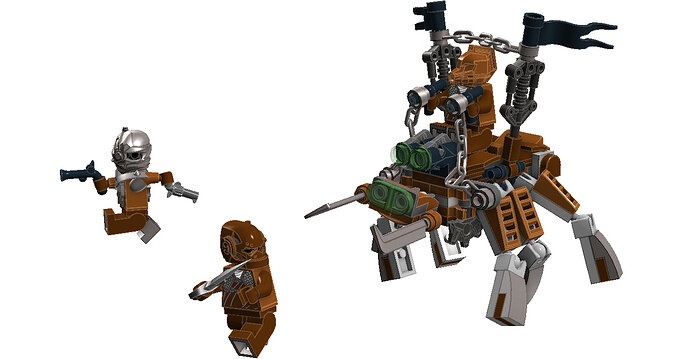 -My Childhood (I’m a teen, am I still living in my childhood?)

@ToaNoah_Wafflemeister yet again with yet again another set concept (yet again). Motara Traveling Gang! Intro time!

Okay, so this is a scene of a traveling gang venturing across the treacherous desert in search of wealth. One Matoran rides on top of a young Bug-Rahi, called the “Sand Scuttler” holding his chain leashes that can detach to become whips. An ally wielding a dagger scouts ahead, watching for enemies. The leader, Skopio, watches with an iron gaze to make sure the other two don’t run from their duties. 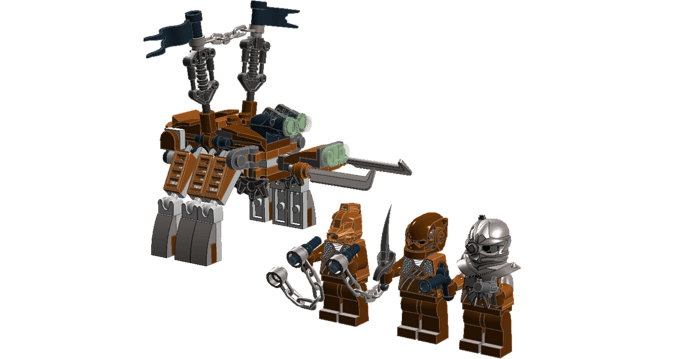 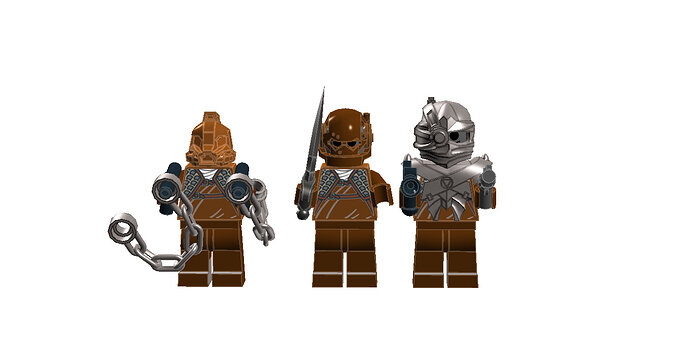 Here are the three figures, the driver, scout, and Skopio. Skopio is, yes, Pouks from @A2B2C2’s Pouks/Panrahk backstory that is now basically canon. The chain whips the driver holds attach to the bug’s saddle. Skopio is also based off of @Oomatu’s art from the story bible because I love this guy: 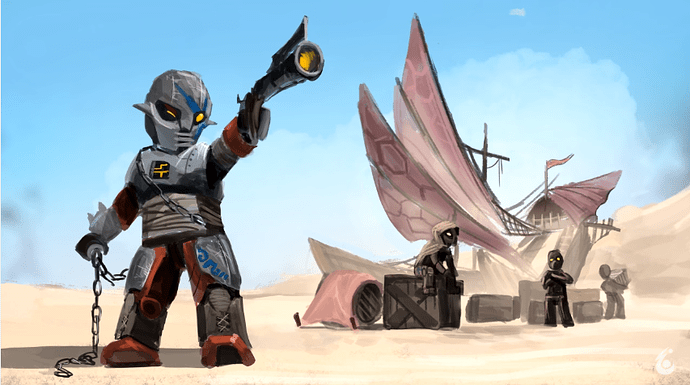 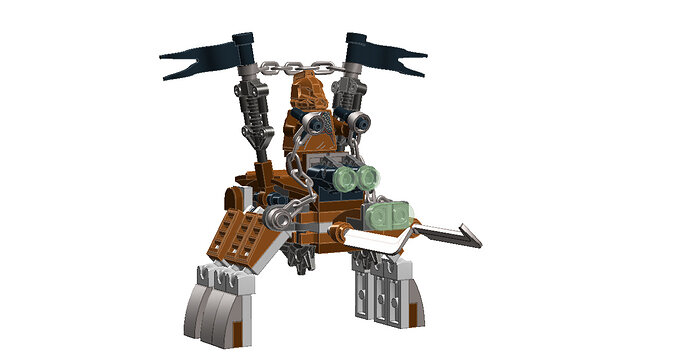 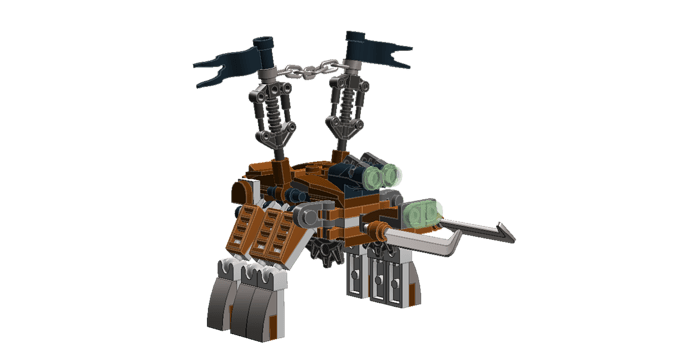 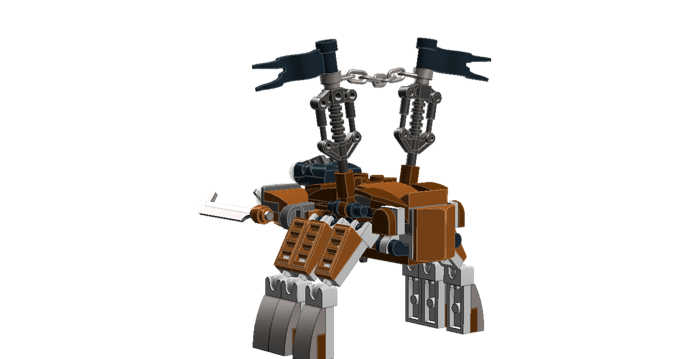 Some more images of the Sand Scuttler. Sort of inspired by @Sokoda’s Bug-Rahi, just smaller-ed. I imagine it as a baby version. It’s got two blasters and flags to make it look cool. $10 for 109 pieces. Yay.

EDIT: Due to @Jon’s suggestion, I’m naming this beetle, um… The Sand Scuttler… Is that cool?

That’s it, Motara Traveling Gang! Hope you guys liked it, and thanks for any feedback!

I applaud your dedication to G3, you have done justice to my concepts!

Thanks! It was you who drew that, correct?

Now that is interesting. I’m a bit skeptical on the blasters, but @Oomatu’s art does look pretty darn cool, so there is that…

The Rahi is certainly interesting (I think I dubbed Sokoda’s one a Krahli just for the sake of calling it something since it resembled the Vahki Transport), and the chained flags that are there are quite unique too.

Is that canon? I need to watch that again, coolio if it is!

Interesting! I think I just might need to do some concept art of Pouks to go with the backstory. I always liked the idea of him having some kind of marking like a scar or something along his eye during his time in the desert. The telescopic eyepiece is a nice touch. Maybe he used it to scout ahead for mercenaries or sandstorms?

@Sanokal I was actually thinking maybe the mini figures for Motarans and Dark Hunters might use guns similar to the ones that fire studs when you push a tab. It’sd be something like the kanoka or Zamor launchers from G1. Here’s a War Machine minifigure using one such example I will admit that I was thinking the stud-shooter route as well, but I think that I’ve mentioned it before and I didn’t want to beat a dead horse.

Now I’ll have Ackar’s voice in my head for the rest of the day.

That’s the one Bionicle movie I haven’t seen. Should I watch it just to get in on the jokes?

You should. It’s childish, but it’s a fun time.

This looks really good, great likeness to the artworks, the Rahi is a little eh, but that’s just me (hides his inflated piece count, too many minifigs etc).

I’ve been thinking about doing some @Oomatu concepts but I’ve got some other stuff and IRL things to attend to first. Perhaps the desert camp to accompany this set.

I think @Sanokal and @A2B2C2 have some good ideas when it comes to the minis. Maybe do some experiments and see what you can come up with, I did some with my mini figure metru designs but I’m sure you guys can do something new and cool!

Oh no! I forgot to add the Sand Scuttler to the bestiary! (Runs)