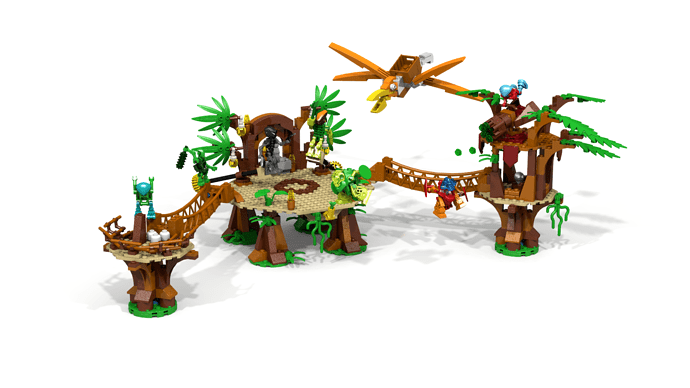 Toa Lewa has returned to his home of Le-Koro, but something is wrong! Help Toa Onua protect Kongu, Takua, and Turaga Matau from corrupted Lewa and the dreaded Bohrok! 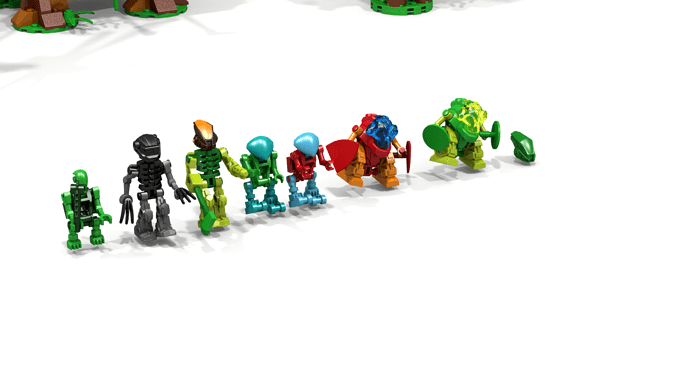 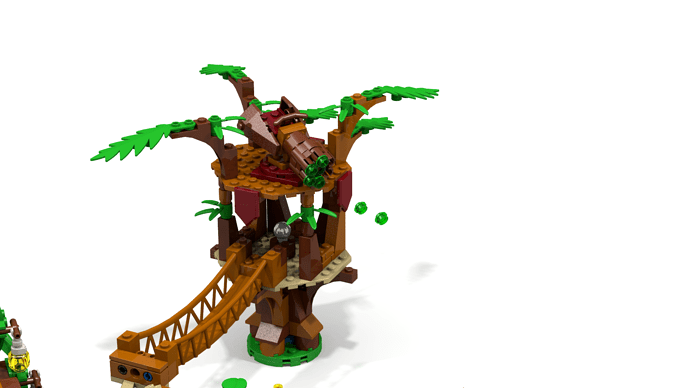 Use the Le-Koro fruit cannon to protect the watchtower from invaders! 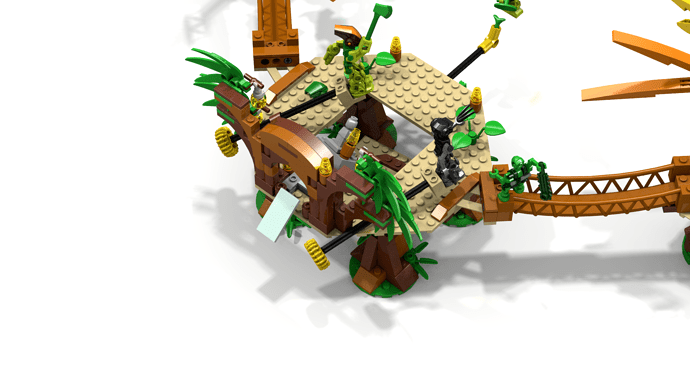 Push the white panel down and watch the Air shrine explode!

Use the yellow knobs to control Onua and Lewa during their showdown! 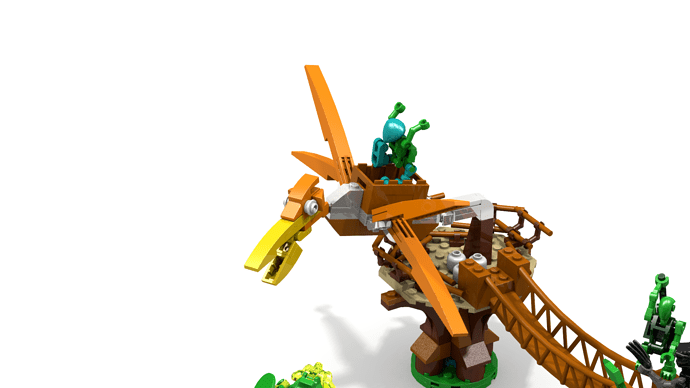 Defend the villiage from evil aboard the Gukko Bird! 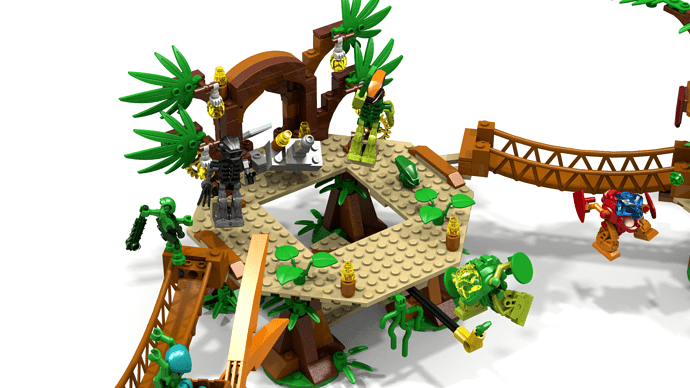 Pull the yellow lever out to make the floor fall away!

This is really cool, characters look great, the sets really colorful. I especially love the Gukko Bird. If this was an actual set I would definitely buy. Good job! 96/100

Haven’t seen that much Brickonicle entries. But this is good one. Great job.

I really like the concept behind this, and the features look pretty well executed. Nice work!

Wow! This is really set-like. That Gukko is a lot better than mine!

the minifigures aren’t great, but everything else about this is fantastic. You even managed to fit a little Gukko bird in there.

That bohrok design is truly inspired! The whole set feels like a better version of that Anakin vs. Obi Wan star wars set from 2003 (04?)!

If I was doing a 2002-themed set, I would shamelessly steal that Bohrok design without a second thought. The entire set though is fantastic! Well done.

Fantastic, the effort you put into the village itself really shows, and the designs of the Gukko bird and Bohrok are just as great.

If this were a set, I would buy it in a heartbeat. I especially like the village itself and the Gukko bird.

This is great, reminds me of a small ewok village set.

The gukko’s face makes this set a masterpiece.

While the figures are still “eh” , the Bohrok are pretty clever and the Gukko Bird is solid as well.
The structure as a whole is like a scale down Ewok Village-

It actually reminds me of a pirate island toy set I had as a kid.

the minifigs were really good ideas especially the borahk

I don’t even understand how those bohrok were made, but they look awesome! What program was this in?