I chose each of the spear tips to resemble the Rahkshi staffs they had as Rahagah. 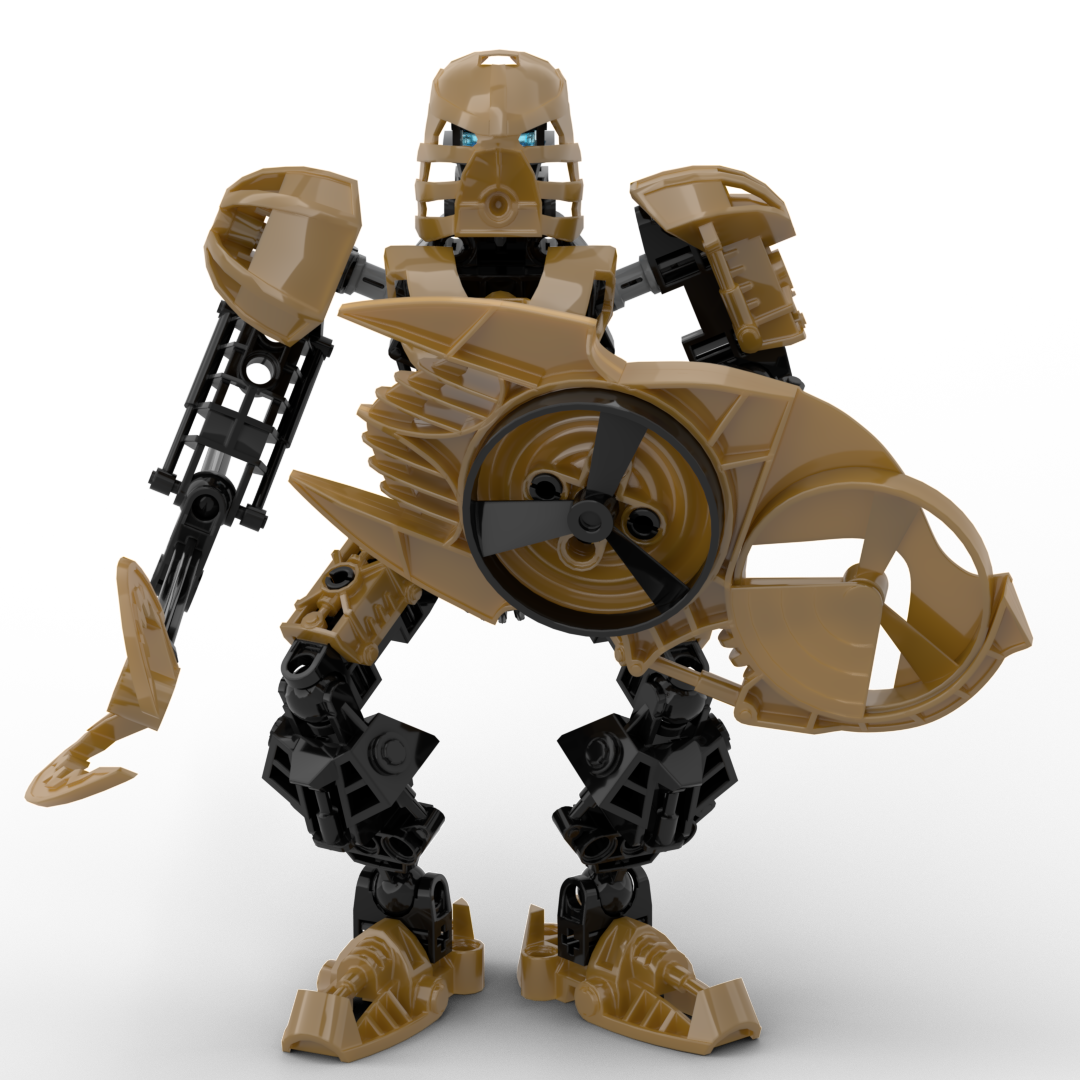 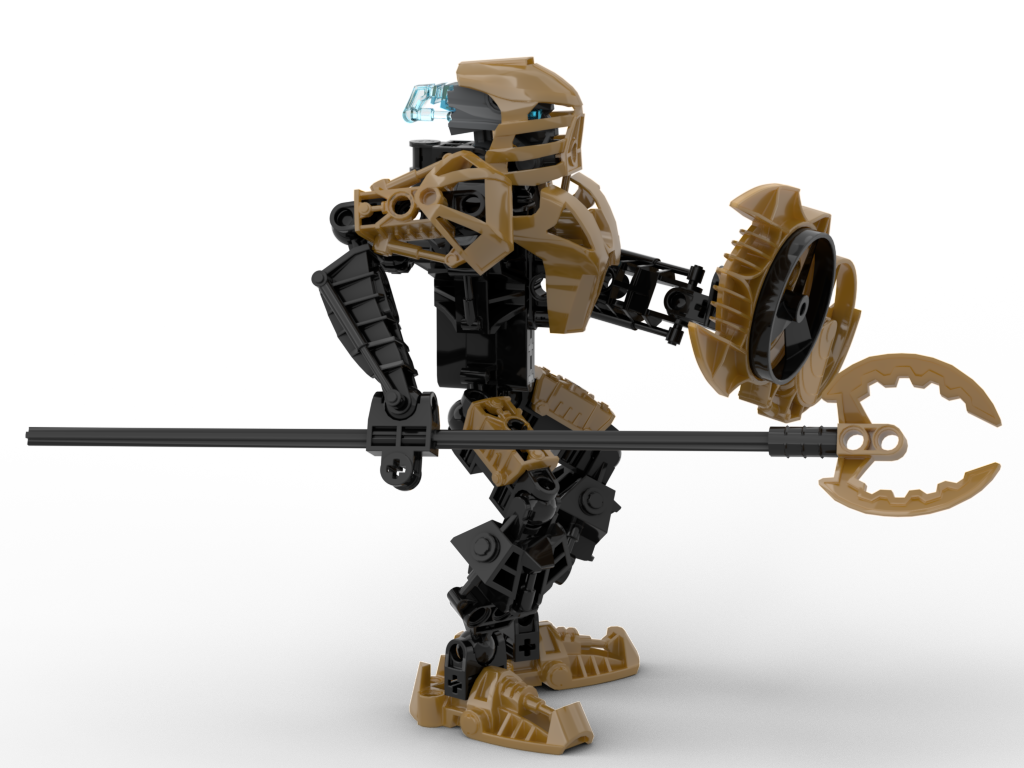 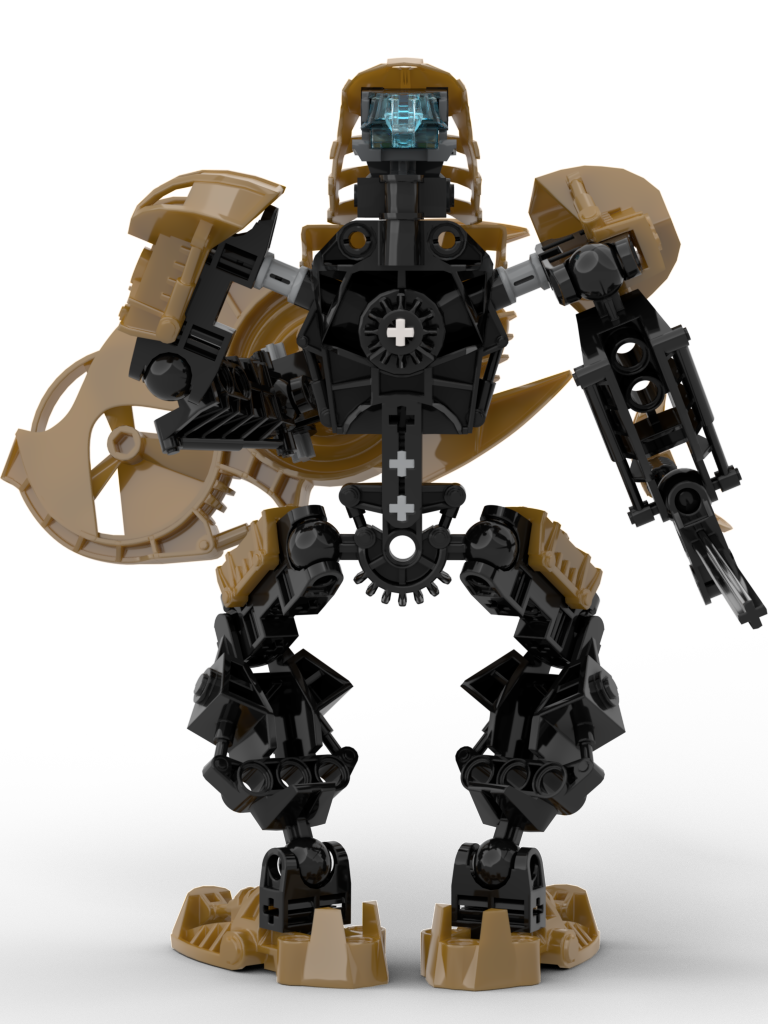 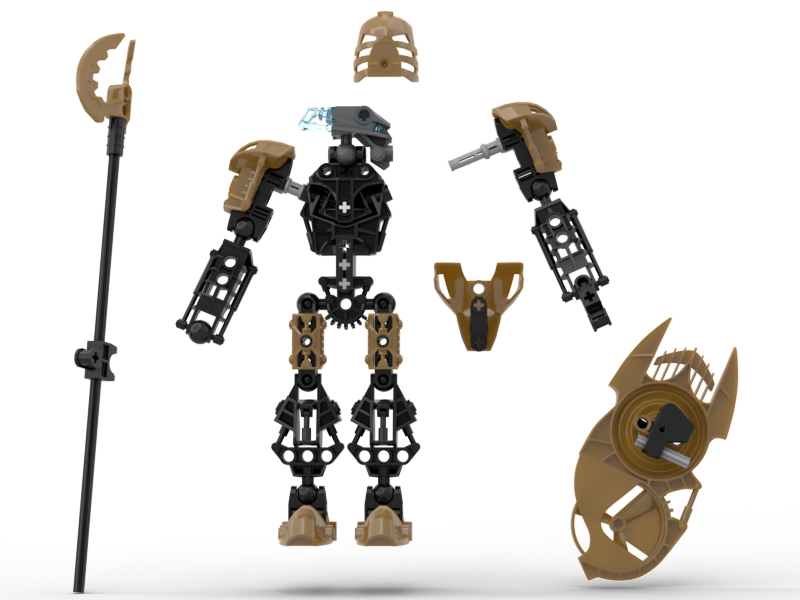 I do not give permission to alter Bomonga’s mask, metallic color, or spear tip.

Bomonga’s spear tip is a flat gold Pohatu Nuva claw, this is the only nonstandard piece. 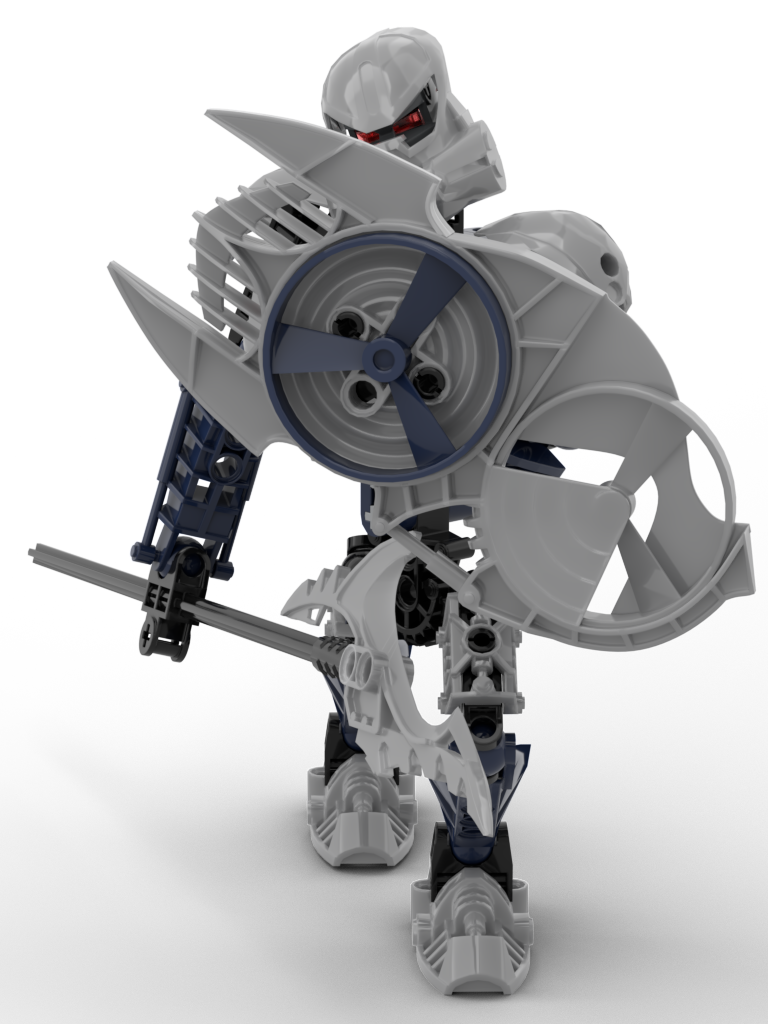 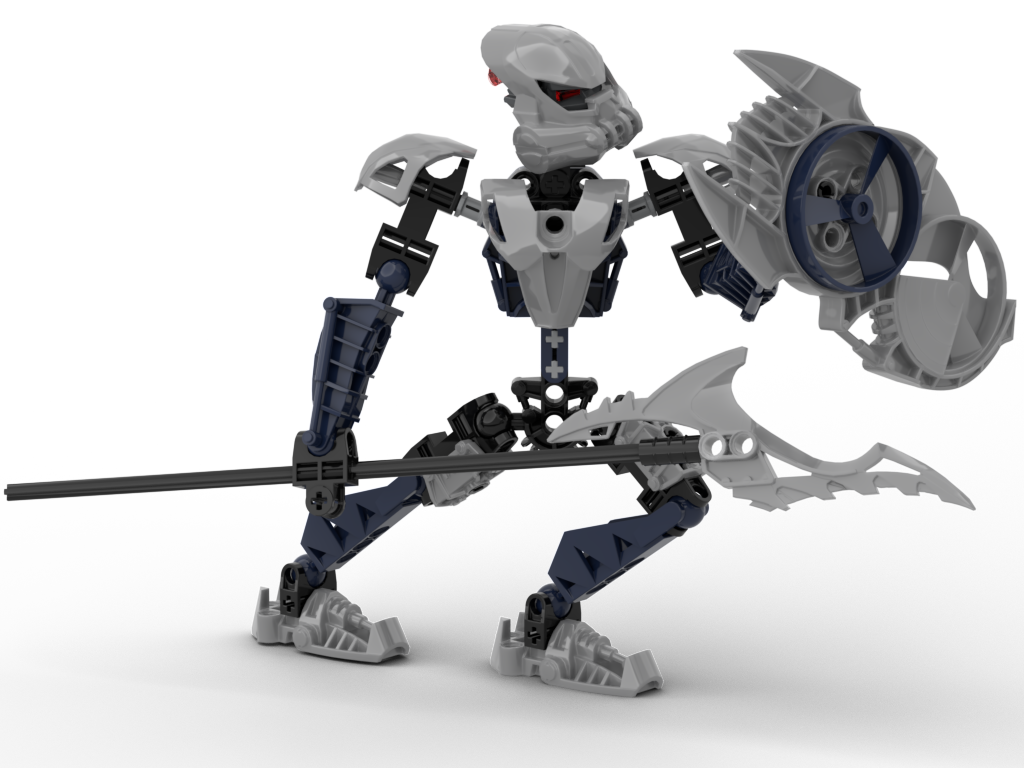 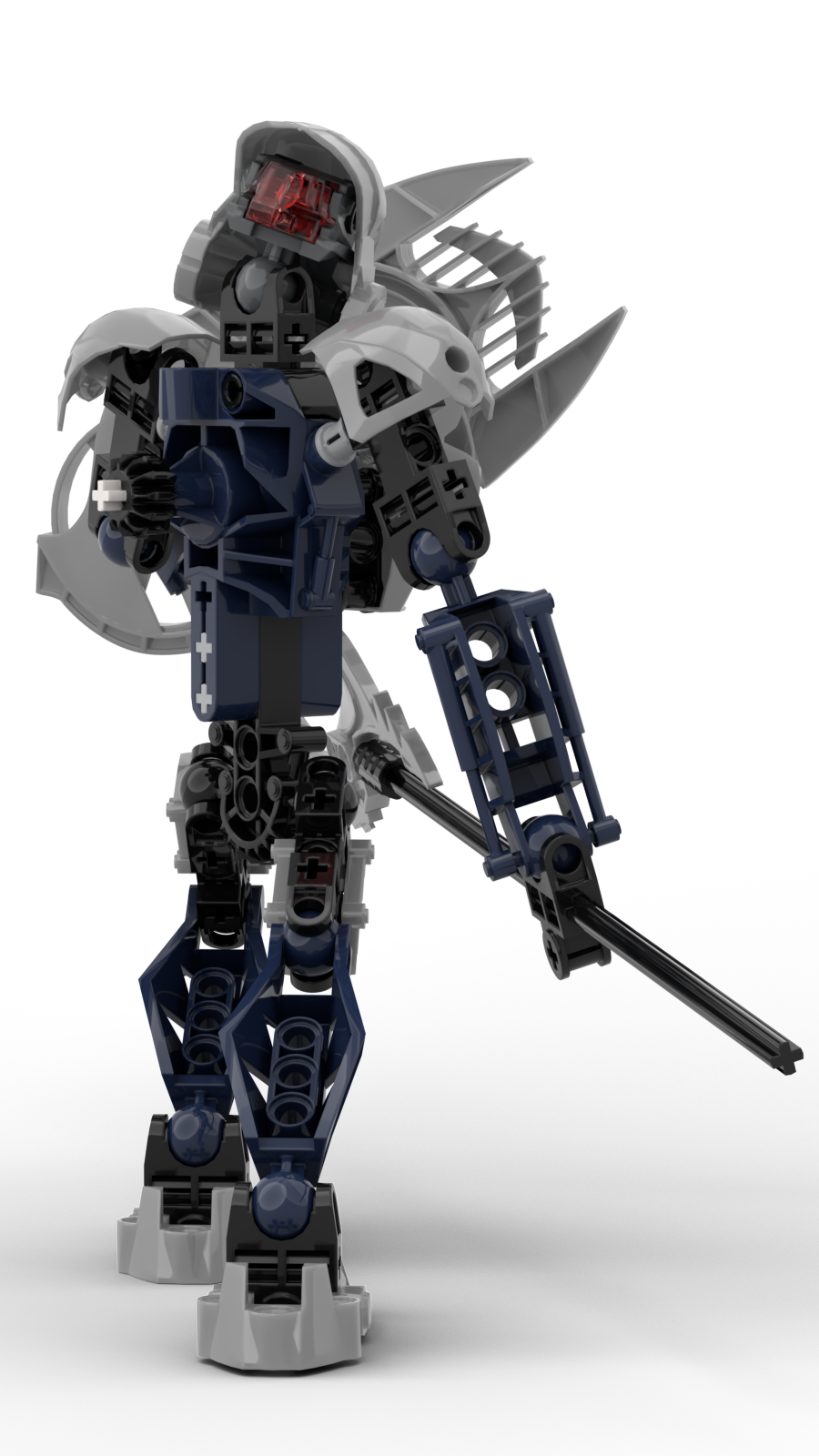 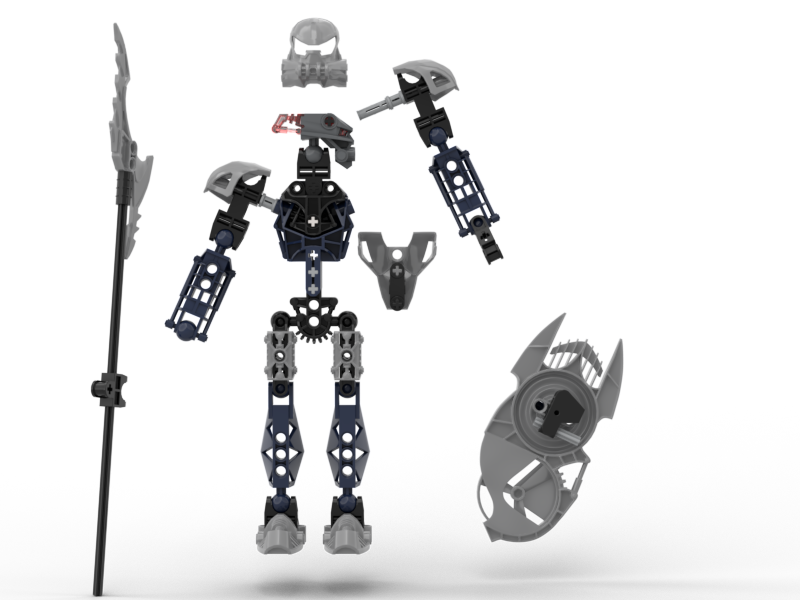 I do not give permission to alter Gaaki’s mask, metallic color, or spear tip.

Gaaki wears a silver Huna, this is the only nonstandard piece.

Bomonga and Gaaki use the below construct for their chest piece: 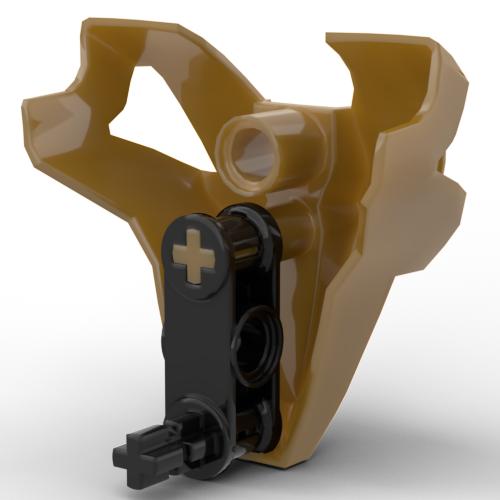 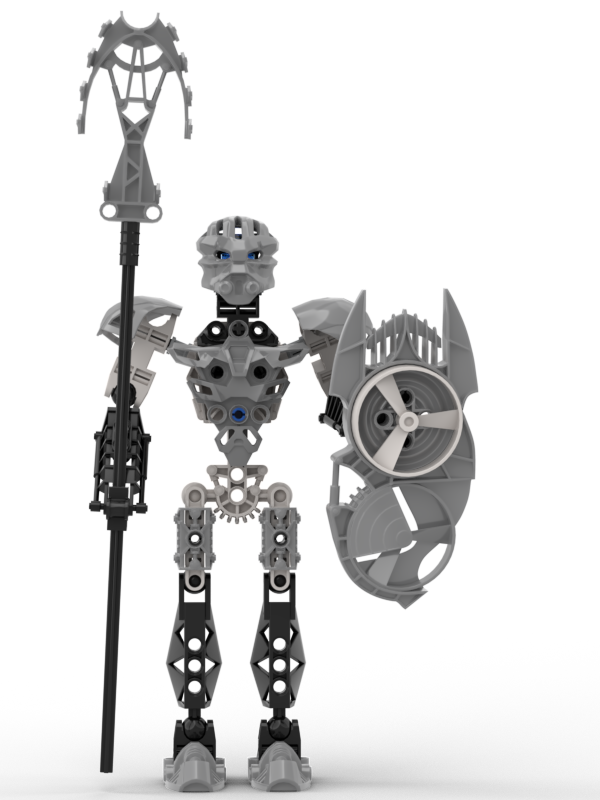 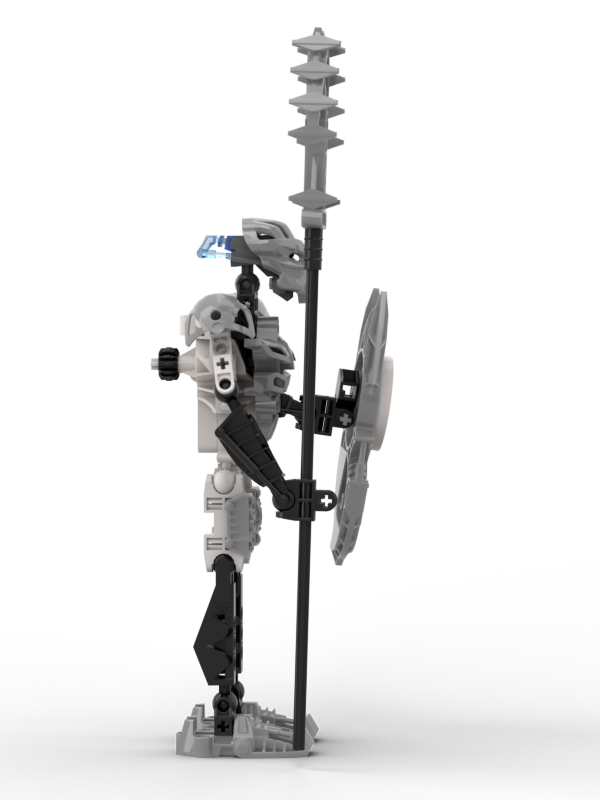 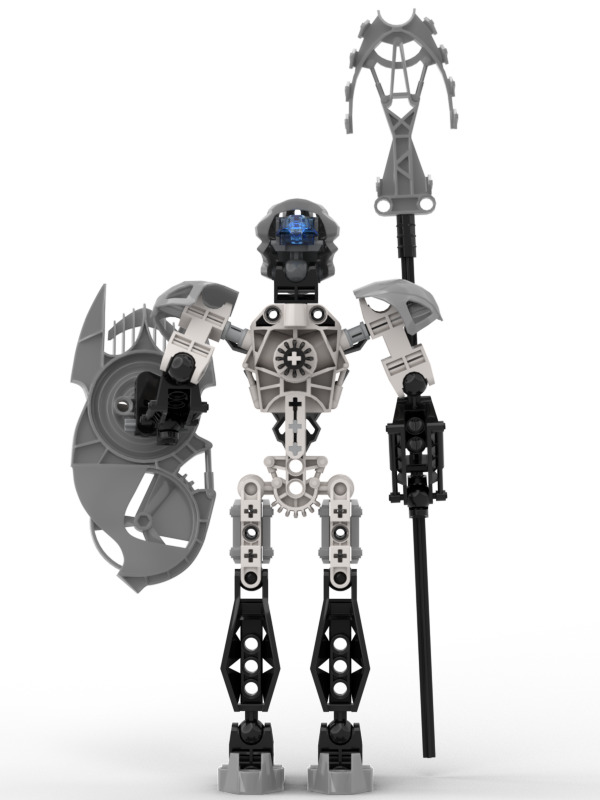 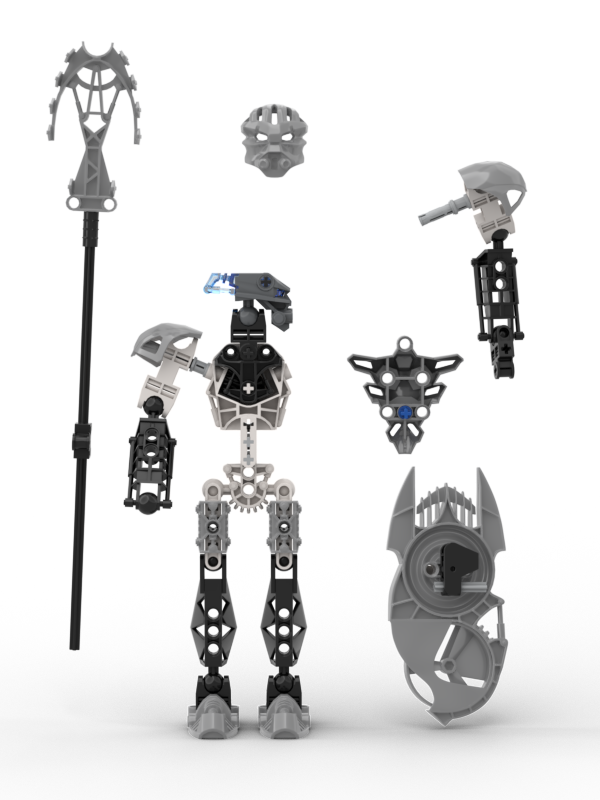 I do not give permission to alter Kualus’ mask, metallic color, or spear tip.

Kualus uses the same chest and neck construction as Norik.

Kualus’ mask is KingK’s inorganic Iden, which you can find here: VootCaboot's Stud.io Parts - Google Drive
This is the only nonstandard piece.

One note on design I want to point out is that my Kualus evokes both Nuju and Matoro, the people he is responsible for making learn bird language. 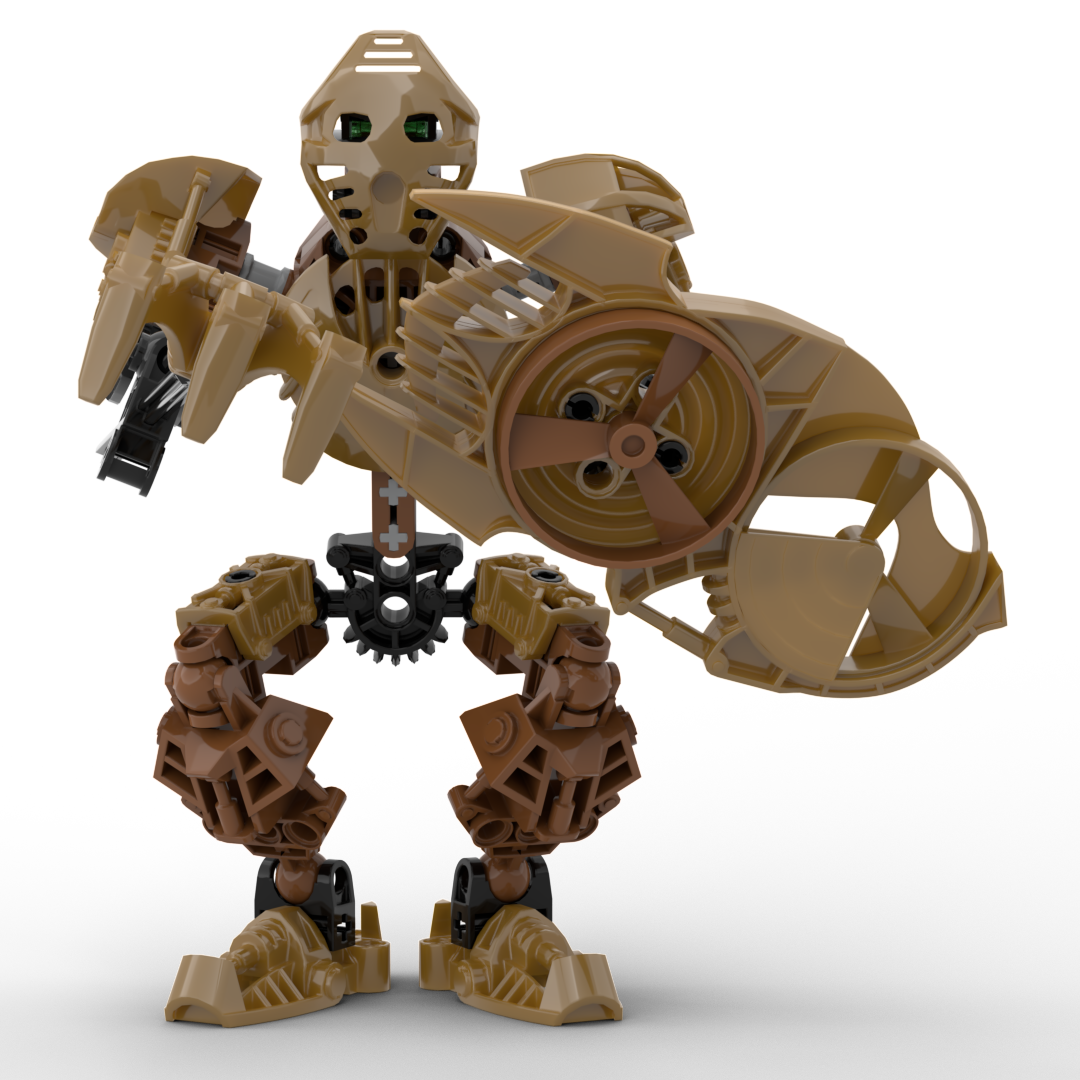 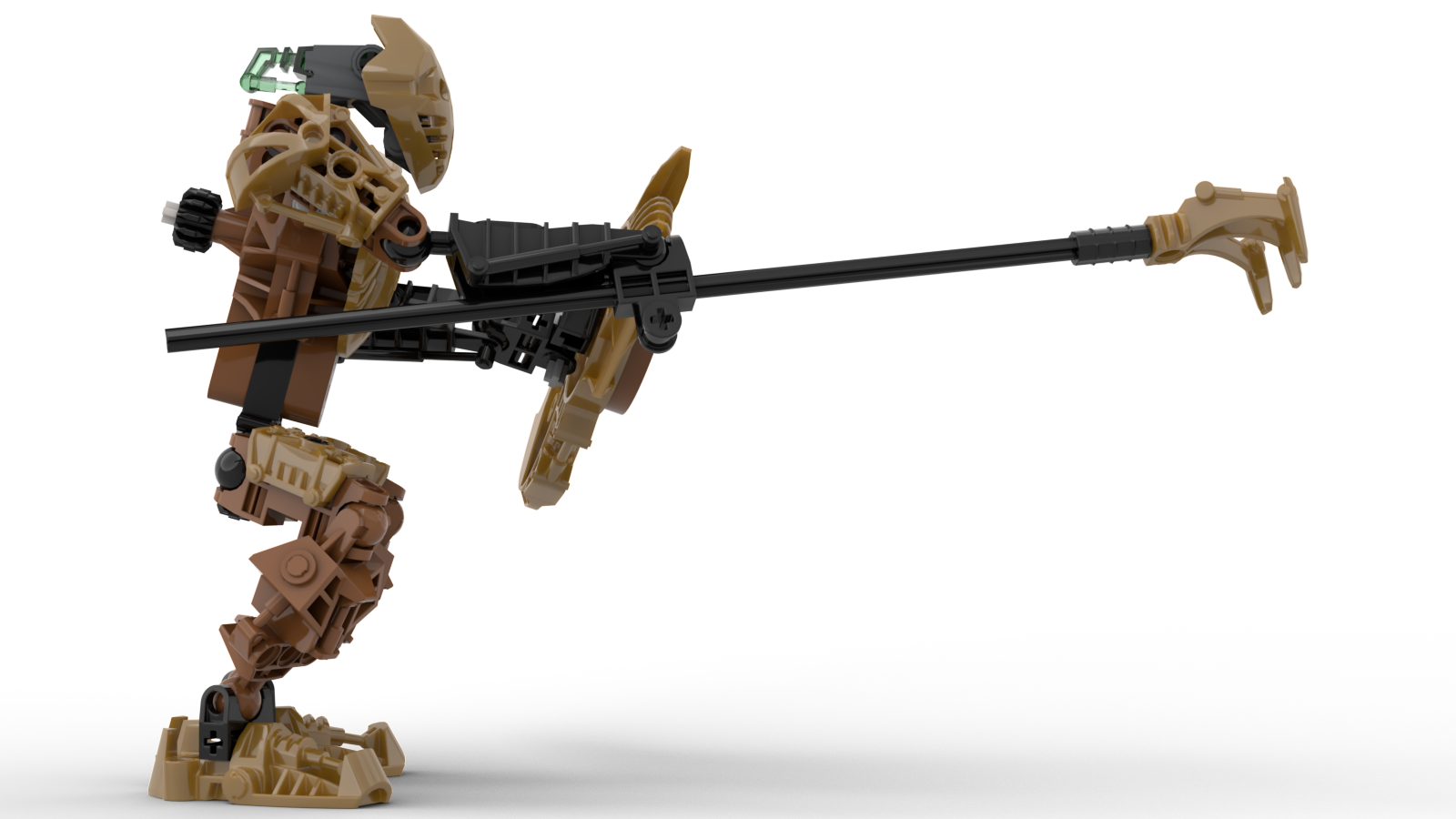 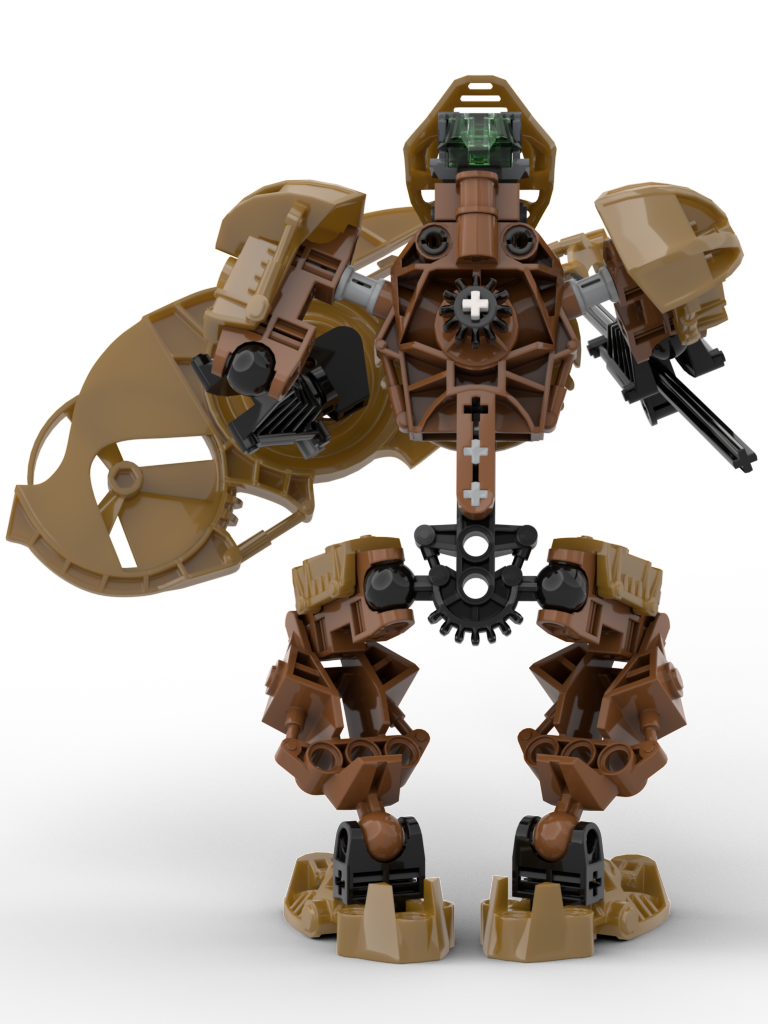 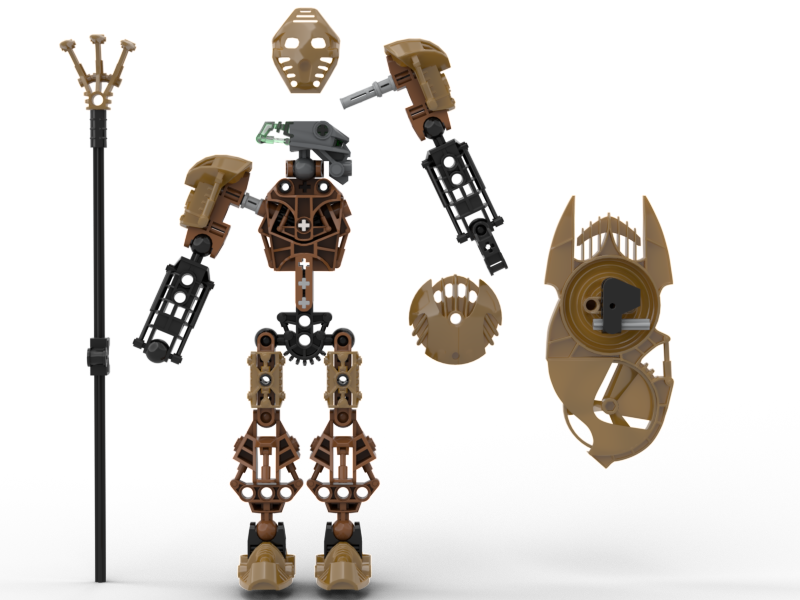 Pouks’ spear tip is a flat dark gold Onua Mata claw, and I believe the flat dark gold Pakari is a slightly different shade of gold than the actual golden Pakari, these are the only nonstandard pieces.

The pictures I want to use for the actual vote:

I personally designed these to create a cohesive team with Norik and Iruini, but we’ll see what the free for all decides.
<3

I’ve been told that I let Kualus be too tall. I’ll try to update this post by midnight with fixed images. The only change will be to move the torso’s connection to the hip down by one stud.

Cool. Better to get in last minute than not at all.
These look very consistent with each other and the other Toa Hagah.