Continuing the discussion from Oktavia:

So I kinda disassembled Oktavia. I just didn’t like her look, too complex, I wasn’t happy with the head, story, or even the build. Therefore I decided to go to work and rebuilt her core in order to slim her profile down. I also love love love the skull dragons wings and I knew I just had to incorporate them in her build. I used my favorite mask of all time, the mask of shadows, and I think it suits a female MOC just fine. I love my Lillian the Lamia build, but I think this would have to be my self MOC. She is just too dang cool. I also tried to slim her body down, so her legs and torso didn’t seem so disproportionate. Despite how bulky she looks, she is actually very well balanced. Again, I felt that even though she is female, she doesn’t need the distinctive features that female builds normally have. Alright, story time!

Mythrix was once just another makuta, but once she got her claws on the mask of shadows, she became so much more. Instead of just a single elemental power, she became able to harness a small amount of each, thus earning her the title Makuta of Seasons. She used her new-found powers to acquire Dreadspine, the sword of Crotos, and the saw shield of Crimson Warframe. Other than Empress Calhen, Mythrix is the only other being known who is capable of wielding Dreadspine. After Calhen was killed, Mythrix took the opportunity to rally what forces Calhen had accumulated over the time of her reign. Her first action as leader of Calhen’s troops was to track down and acquire every mask of power, including the masks of Creation and Control. At first the Toa did not consider her as a threat, but once she came dangerously close to obtaining the mask of creation, she soon became the Toa’s number one target. Mythrix was the closest thing Okoto had ever seen to the original Makuta Teridax, her powers allowed her to make quick work of the Protecters of each tribe. Although she wields Dreadspine, she has yet to fully master every ability Dreadspine could preform. If the Toa do not take action against Mythrix soon, she may become Okoto’s greatest threats. 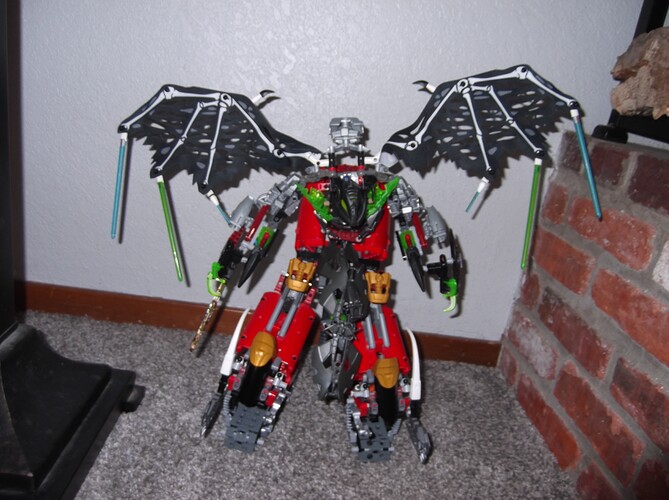 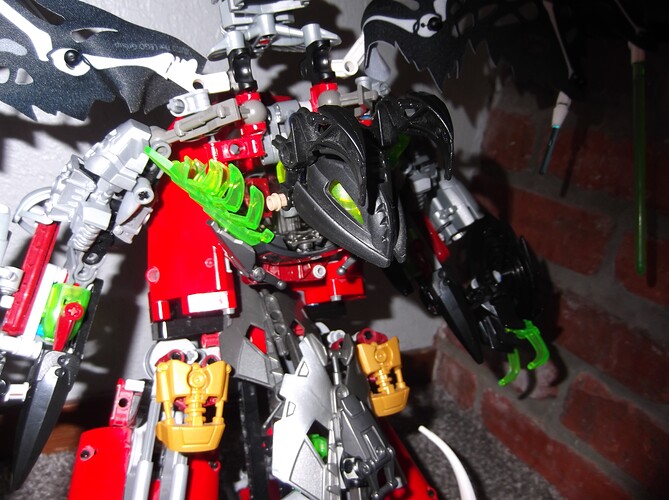 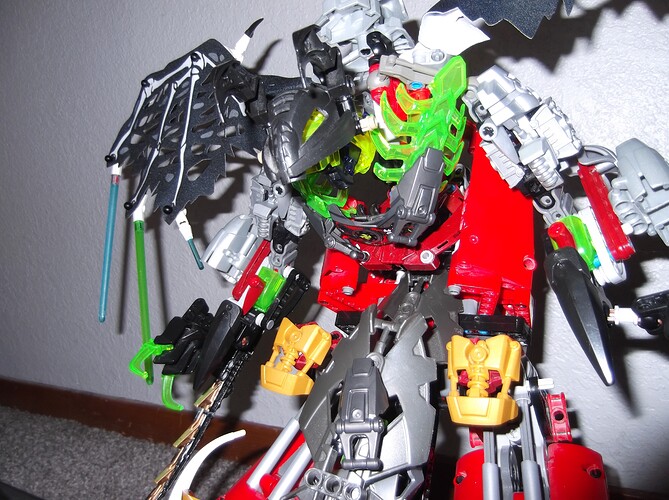 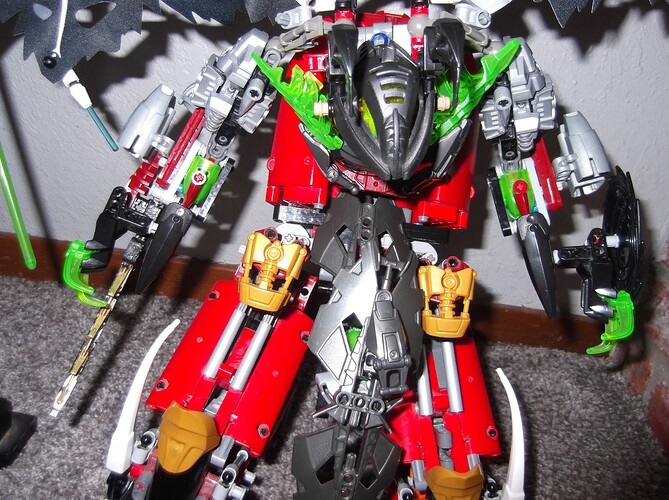 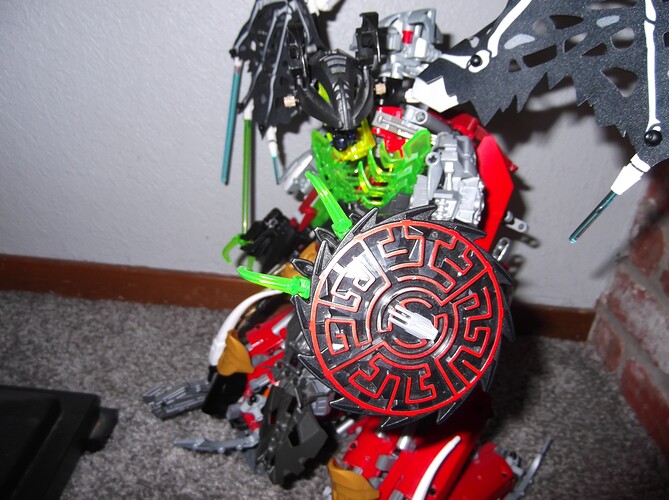 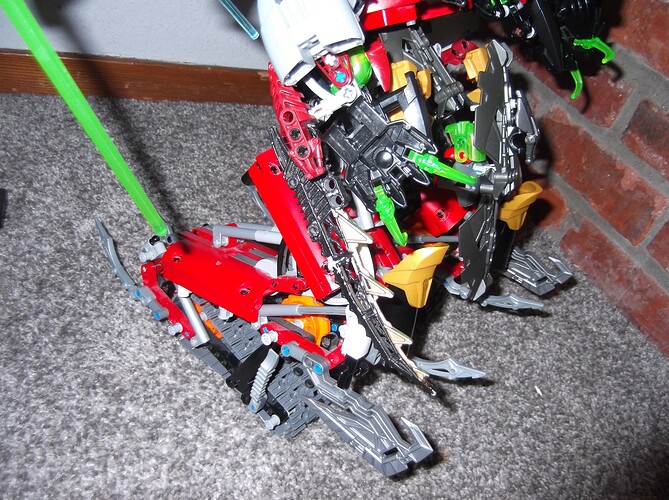 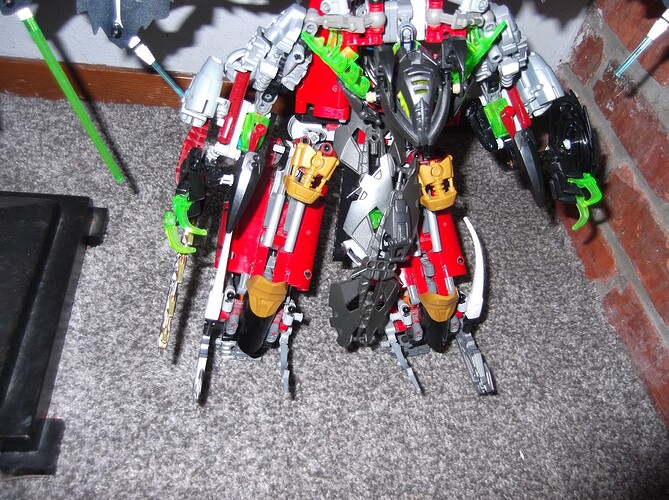 New Updated Design! Gone is the wacky color scheme of greens and purples, replaced with strong solid black and white with hits of gold. And gone are the lightsaber blades hanging off of her wings, replaced by sharp talons. A crown of bones now looms above her head, giving her a regal but powerful appearance. I tried to slim her down a little, by flattening the area underneath her upper chest. I gave some longer talons for fingers, and added some more white to help the wings blend in just a little bit more. 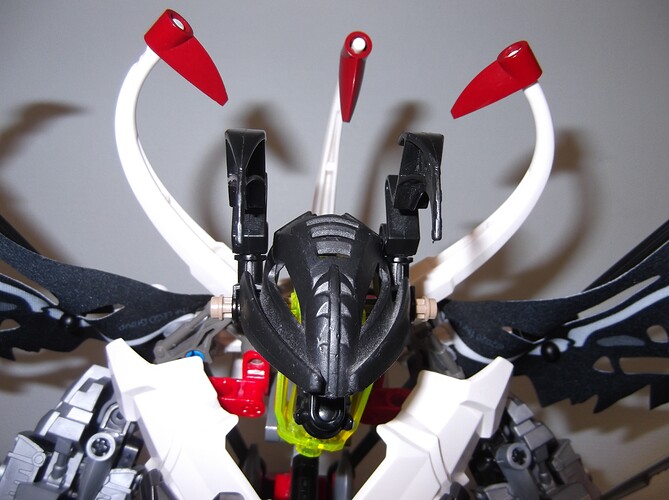 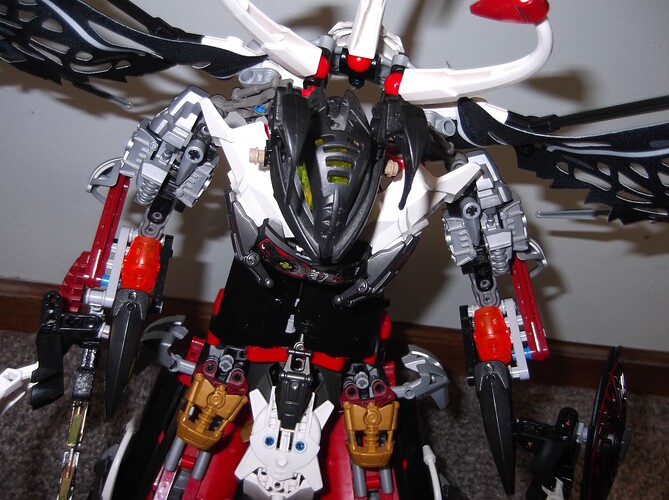 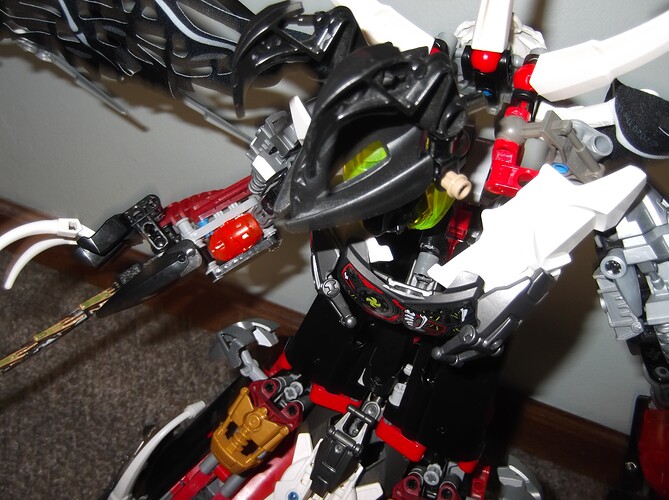 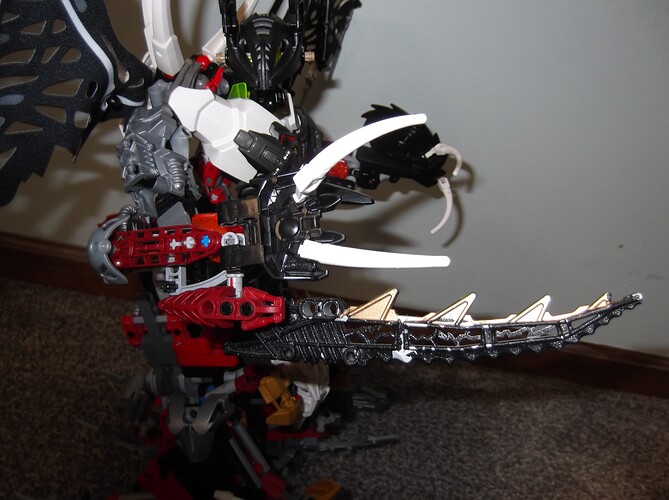 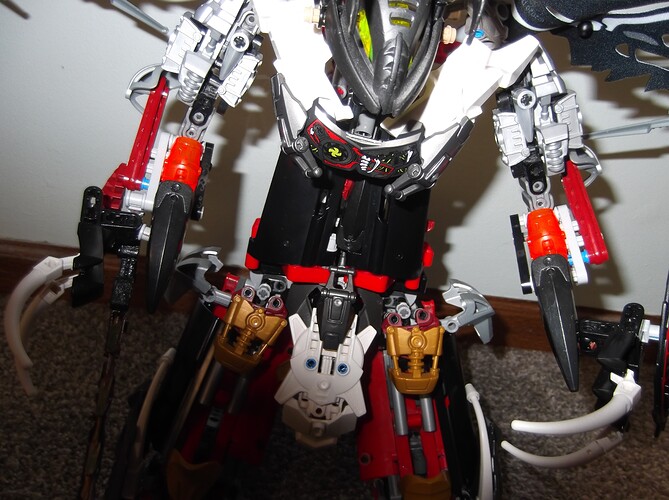 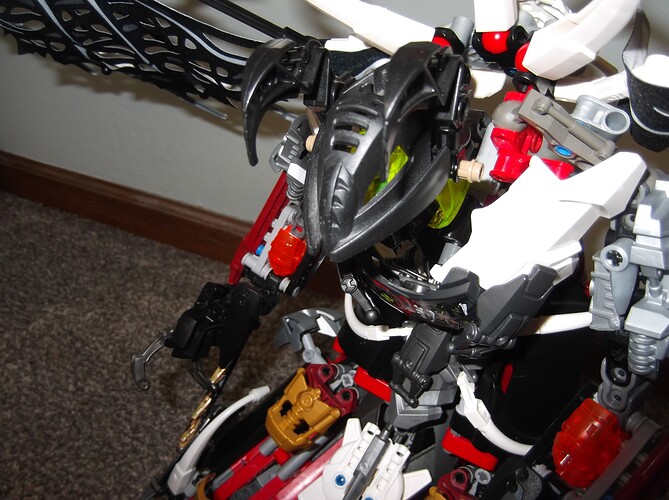 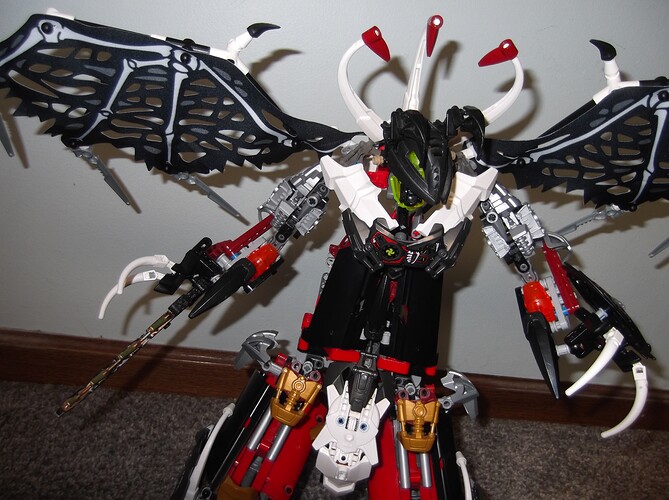 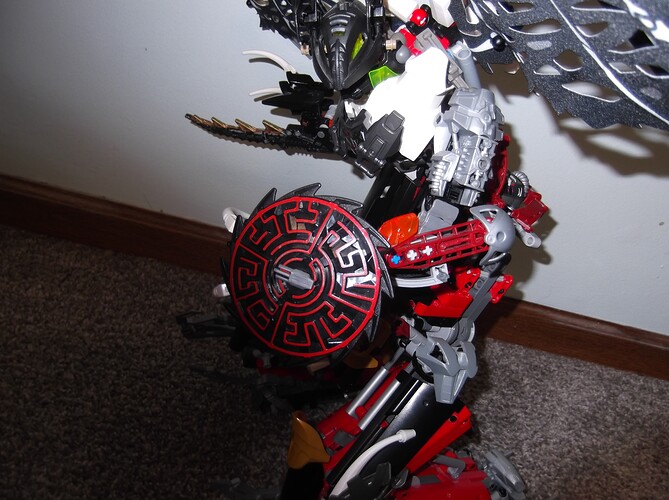 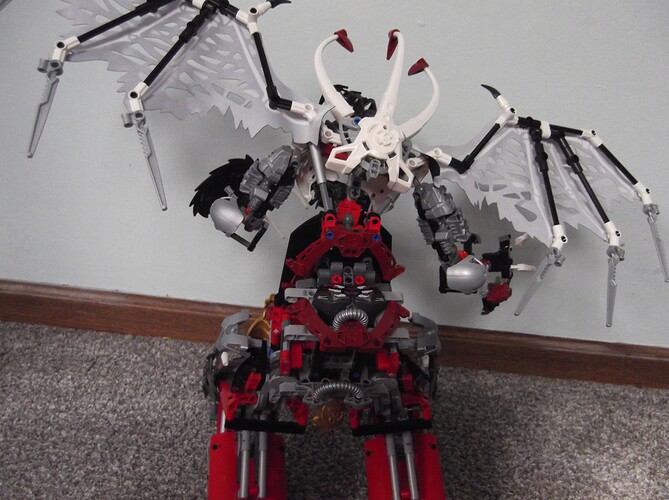 Some images of her new torso. I wanted to blend the skeletal aesthetic from the dragon wings into the core of her build, so I whipped up a little build that gave me just the right look without going overboard, like I tend to do. Enjoy! 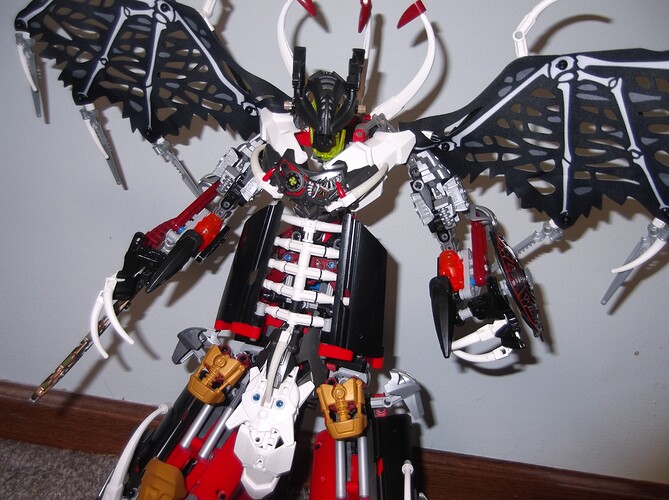 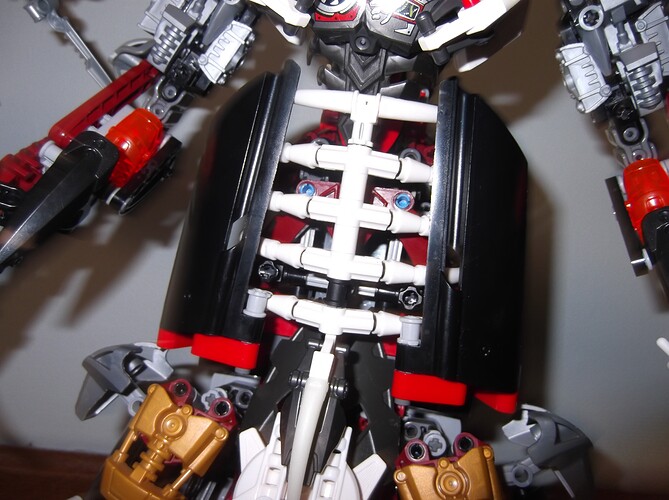 Thank you, I’m still new to using the site. My apologies for putting it in the wrong topic.

At first glance, I was like “That’s a female MOC?” No offense meant. It just looked like a giant beast. The colors are too messy IMO. It’s a good start, but there’s much to be worked on.

That’s an interesting use of the skull sorcerer dragon wings…

I agree with the the colors being too messy, I’m working at getting some of the big red pieces replaced with black parts. I’ve just always wanted a gigantic female makuta, something that would truly tower over almost any Toa I have.

I really like the use of the Ninjago skeleton dragon wings.

You take care of everyone don’t you man?
Also great moc

@ToastMasterDubz Ahh colours are just tedious just ignore them we can’t all have endless supplies of black pins and axles. Plus the colour is not that big of an issue.